In this latest article in The Guide, Brandi Mueller visits the headquarters of Ikelite, one of the most popular makers of underwater housings and strobes 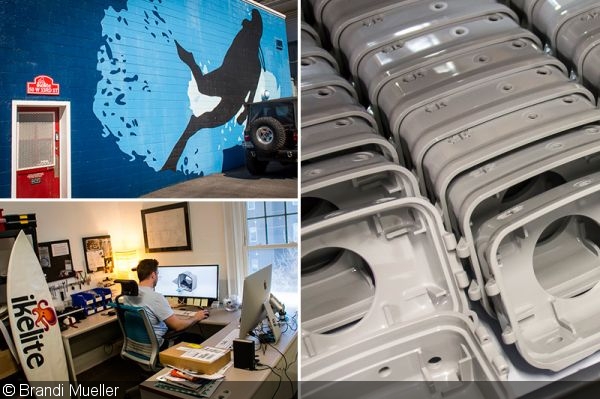 Clockwise from top left: The lkelite mural, the first stages of housings, working on new designs

We don’t realize how lucky we have it as modern underwater photographers. The dive industry of today is lavished with comfortable, stylish, and creative gear to suit every desire. But back in the 1950s, the scene was quite a bit different: The term “scuba” wasn’t even been popularized until The Undersea World of Jacques Cousteau aired on network television more than a decade later. No, in these times, diving was truly a sport of adventure and not one of comfort for the participants—nor their cameras.

In such an era, it seems fitting that underwater imaging manufacturer Ikelite was born from a frustrated Lake Michigan diver modeling his first underwater lights in a kitchen oven—the eponymous Ike Brigham. As the quality reputation of Ike’s lights began to spread, the Ikelite brand was born. And while the technology behind Ikelite’s lights, housings, and accessories has advanced significantly in the last half century, the craftsmanship and attention to detail harkens back to those first oven-roasted models. 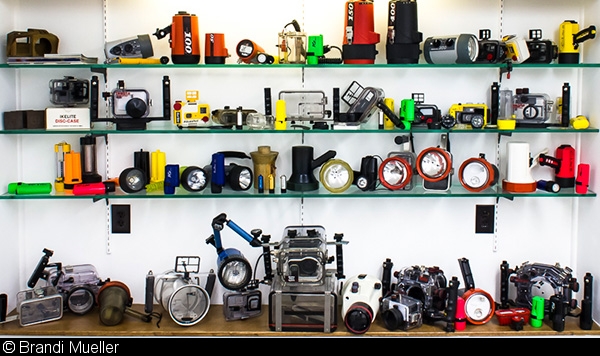 A long history of underwater gear on display

As I listened to Siri giving directions, I was sure she was lost. Driving through an Indianapolis industrial neighborhood, I was on the hunt for Ikelite’s headquarters—one of the largest underwater imaging operations. And then I saw it: A giant octopus and scuba diver mural on the side of a building among the other brick buildings of the Midwest town.

I was admittedly giddy to visit the home of the underwater imaging gear I’ve been using for more than a decade. And what’s more, the people behind the curtain agreed to show me where the magic happens. Within seconds of walking in, I was blown away by how many people are needed to allow me to take images underwater—and I’ll admit I was like a kid in a candy store roaming around Ikelite’s manufacturing floors. 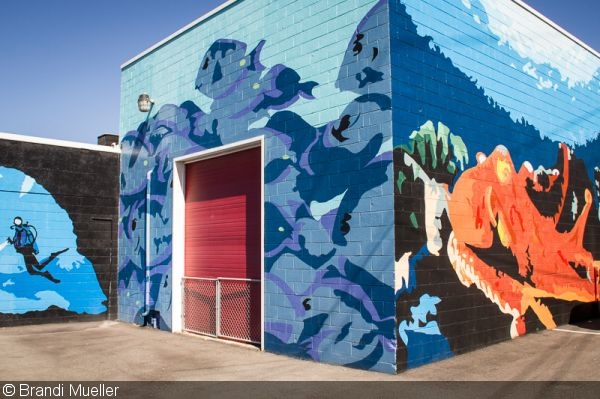 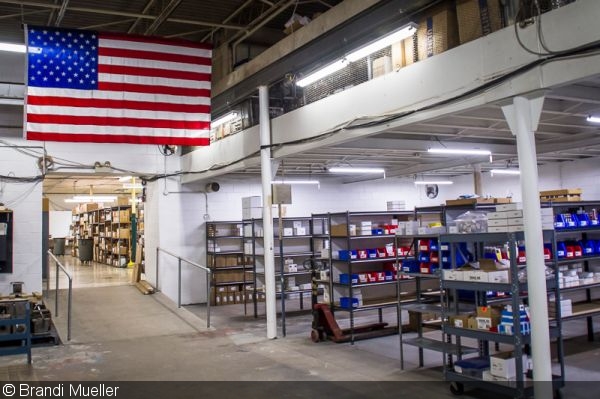 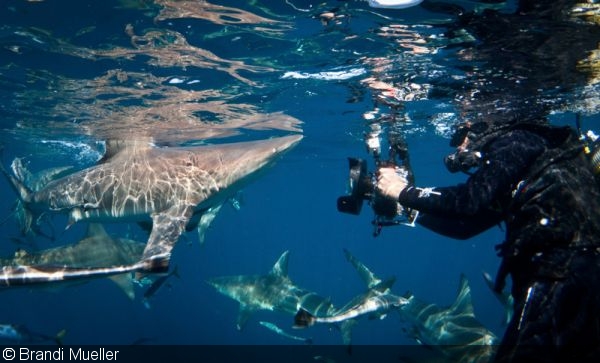 Ikelite housings are ready for anything, like this blacktip close-up in South Africa

There are many options for underwater housings currently on the market, and a very wise underwater photography website once prescribed this advice: “The best housing is the one that keeps your camera dry.” While there are many brands that will keep your camera dry (because, really, we all know that 99% of floods are caused by the user), have you ever stopped to consider how your housing came to be?

We will skip over the years of trial and error, development, and design that brought us to today and focus on Ikelite’s latest 200DL housings—like the Nikon D850 housing I’m currently drooling over. Each individual camera model is shaped slightly differently, with buttons in different places, so a specific housing must be created for each model. Once the engineers at Ikelite have finalized the design, each individual housing still needs to be mostly hand-assembled—I watched as a skilled worker soldered the circuit board for one housing.

Every housing starts with an injection-molded ABS-PC front, a block of acrylic to make the back, and up to two blocks of acetyl for the camera mounting. Pieces are machined accordingly and the backs are laser engraved with indicia and logo. Anything with a waterproof seal is water pressure tested after assembly, with the process alternating between shallow and a depth of 200 feet to simulate diving conditions. After being individually inspected and verified for fit, function, and waterproof integrity, housings are packaged and shipped to Ikelite dealers in almost 100 countries around the world. 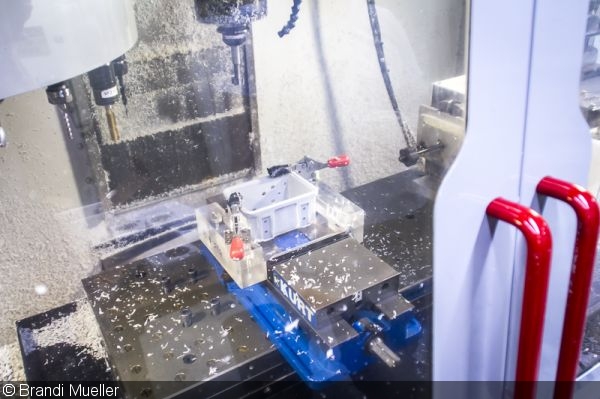 Holes being drilled for buttons, levers and ports 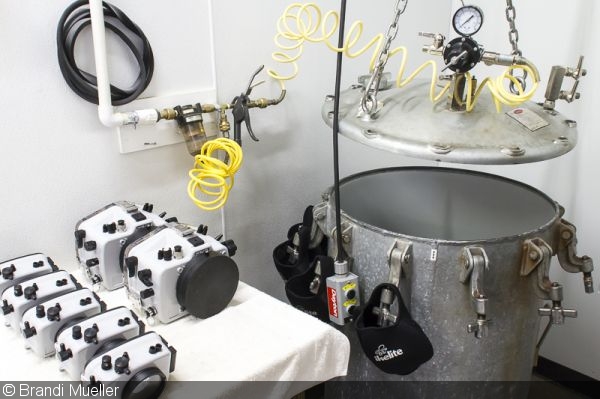 A manufacturer is only as good as its customer service. And to be honest, I was nervous to meet the service personnel given my numerous support emails that have often included mild severe panic. This is no reflection of the quality of the housings, but rather the demanding conditions of a working photo pro.

At times, it’s been a small problem like struggling to understand how an accessory worked. Other times, I’ve experienced more serious issues, like when a clumsy airport security agent damaged my gear by dropping it on the floor (really!). And then there are the freak accidents, such as that time my housing was run over by a boat propeller. Amazingly, the structural integrity of the housing was unblemished and only the strobe sync cord suffered damage.

Yes, these people have heard it all from me and have always promptly answered my “The world is ending” email with accord. Service questions are answered promptly and when equipment is mailed to Indianapolis for service the turnaround is quick, so gear gets back into the hands of shooters as soon as possible. And just as they have always been helpful and friendly in email responses, the service team is just as lovely in person—even after learning that I was the photographer who put their housing through a boat propeller. 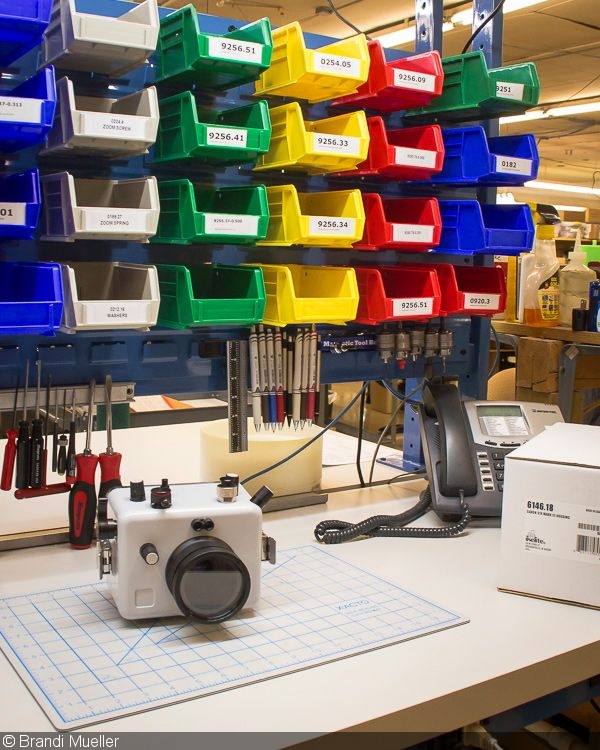 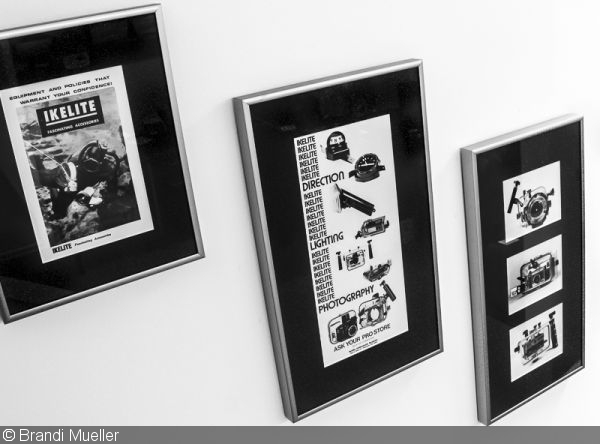 Past advertisements and old product shots lining the walls 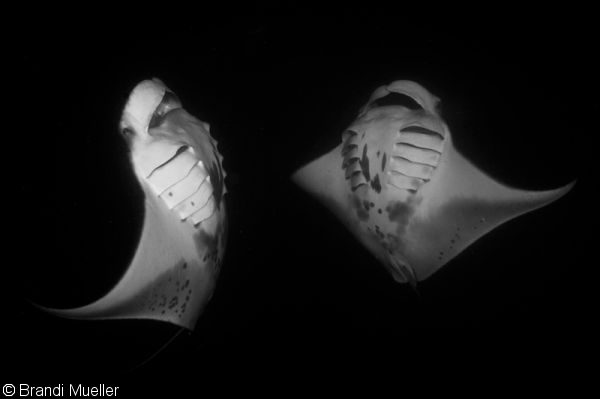 As I wandered around the facility, it was enlightening to see walls collaged with customer photos, which highlight the diversity of Ikelite shooters and how the company meets the needs of many different types of customers. Chatting with employees, I found that the majority of people working for Ikelite had been working there for decades. I’ve also been told that half of employees are divers and most of them shoot underwater when they dive.

Although the company patriarch, Ike, passed away in 2006, Ikelite is still an all-American, family-run company. It was incredible to shake hands with some of the people who were involved in creating the underwater imaging industry we know today. These people had a huge hand in the early development of lighting and underwater photography before that market even existed, and they continue to improve it every day. 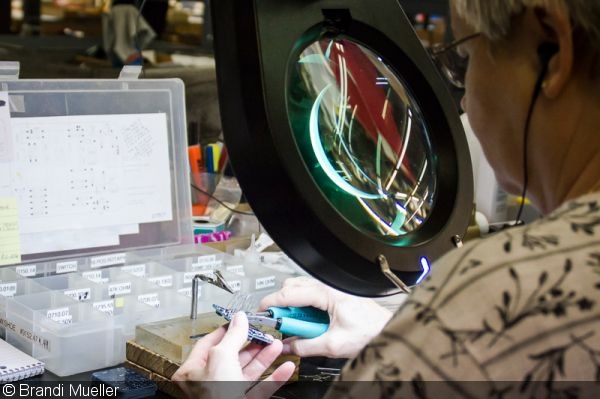 Assembling a circuit board 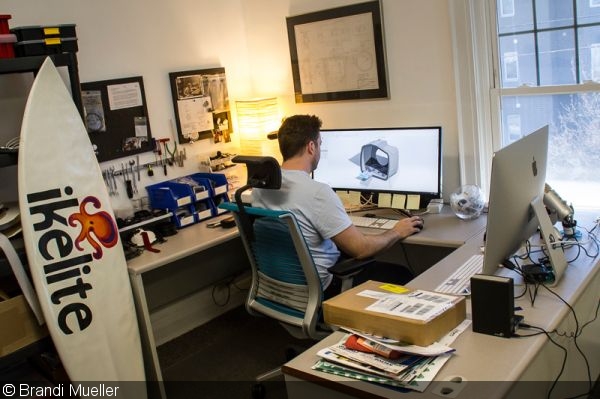 No matter your personal housing brand of choice, I think we can all appreciate the incredible effort that goes into making a device that keeps our cameras dry—from the stages of design and development to every button and spring installed by an actual person. Many factors have to come together to create an underwater image, but having a housing to keep your precious gear from getting wet is definitely a pretty important key.

Visiting Ikelite has given me a whole new respect for how my gear came to be—and a new sense of responsibility. Countless people spent countless hours so that I can take my camera underwater: I hope my images will make them proud. 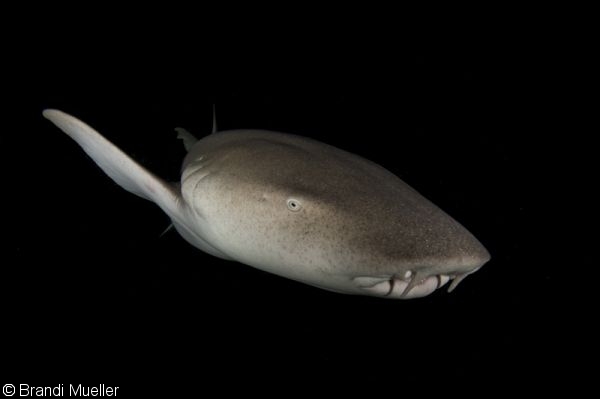 After seeing what it takes to make a housing, shooting underwater will never quite be the same again