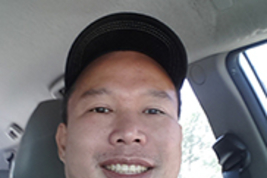 Change email or password
Edit Biography
Jeffrey de Guzman was certified as a NAUI open water diver in 1986. In May 2006, Jeffrey made his first venture into u/w photography with a Canon S80 compact camera. He is currently using a Nikon D800E. Examples of his work have appeared in major publications, such as Australasia Scuba Diver Magazine, the Padi Project Aware Website, Padi Newsletters, Neville Coleman's Nudibranch Encyclopedia, Terry Gosliner - Indo Pacific Nudibranchs and Sea Slugs, Paul Humann - Reef Creature Identification Tropical Pacific Newsweek, the National Geographic Daily Dozen, National Geographic Magazine, National Geographic Website and three Canon Photo of the Month. Jeffrey was chosen as the Featured Photographer at Scubadivng.com for the month of February 2008, and as the Inon Featured Photographer for July 2008.

In 2012, Jeff received word that National Geographic will use one of his images in a new book called Life in Colors.

Award with a Silver Medal in Our World Underwater2012 in Macro Unrestricted.

After a brief hiatus due to the passing of his parents Jeff is back with a vengeance in 2014.