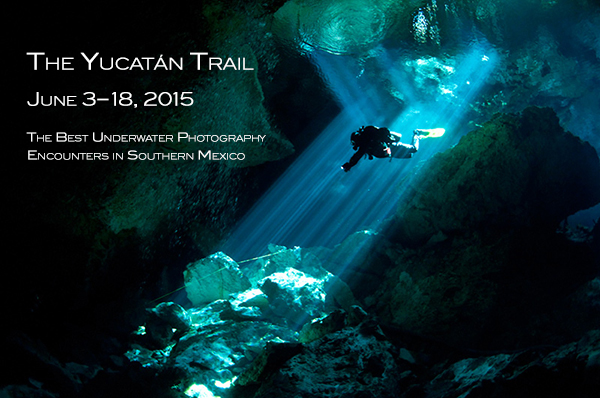 DPG is excited to announce our first trip through Mexico’s culturally rich and biodiverse Yucatán region. The “Yucatán Trail” expedition will introduce a small group of six underwater photographers to three unique underwater experiences that can only be found here.

We will start out in the beautiful beach town of Tulum, where we will explore the famous cenotes revered as sacred by the ancient Mayans. We will then head south towards the Belize border to Xcalak and the Chinchorro Biosphere Reserve. Here, we will have the rare opportunity to safely photograph crocodiles, as well as the schooling tarpon, manatees, and the preserved reefs in the reserve. We will then head back up north to witness one of the most impressive natural phenomena on Earth—the gathering of hundreds of whale sharks in the clear blue waters off Isla Mujeres. 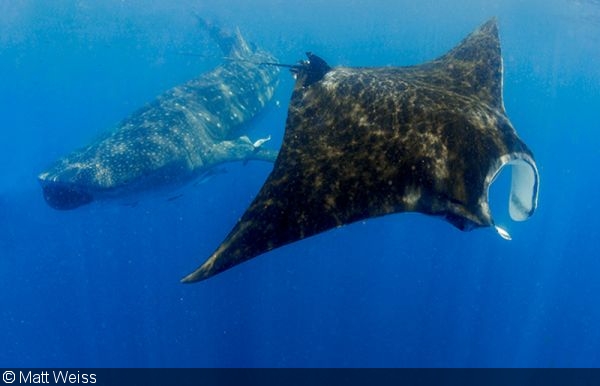 (Note: Nitrox can be provided in Xcalak for a fee of $12/tank)

Email us at Trips@DivePhotoGuide.com for more information 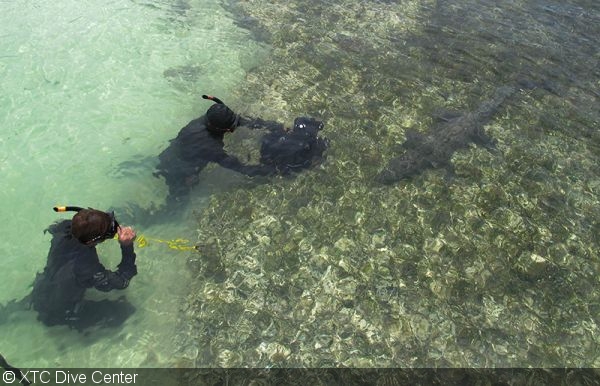 In these sacred sinkholes of Mayan mythology, underwater photographers will find endless subjects worthy of worship. Nestled amidst the Yucatán's jungles and out of sight of the ocean, a truly dramatic light show unfolds each day in these unassuming cenotes, making for breathtaking underwater photography. We will have the opportunity to shoot the spectacular scenery and lighting in the most photogenic cenotes. Highlights include ancient stalagmites, underwater lily pad fields, and, of course, the light shows. 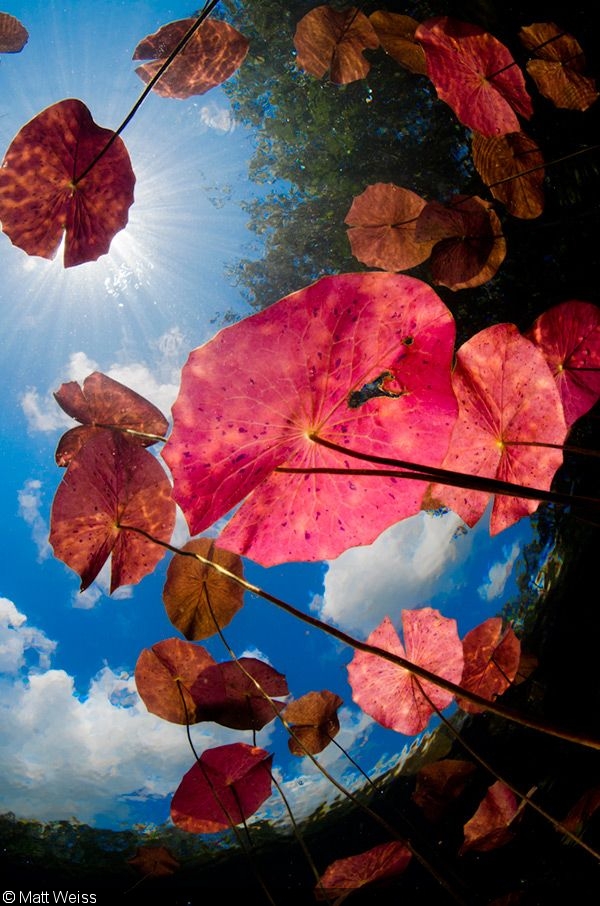 Banco Chinchorro, located near the Mexico–Belize border, is the largest and oldest reef in the Northern Hemisphere and a candidate for UNESCO World Heritage designation. The area’s pristine reefs make it one of the best places for diving in Caribbean Mexico, but it is also one of the premier places to photograph American crocodiles. The experienced team from XTC Dive Center will give us the opportunity to have safe, close encounters with these magical reptiles. We will have three days, weather depending, in the water with them.

Xcalak is a remote, sleepy fishing village on the beach that remains virtually untouched by development and tourism. The southernmost town in Mexico, it’s located at the center of the Great Maya Reef, the second-largest barrier reef in the world. We will have two-and-a-half days of diving at these unspoiled reefs, with the opportunity to photograph pristine coral, schools of tarpon, and—if we're lucky—manatees. 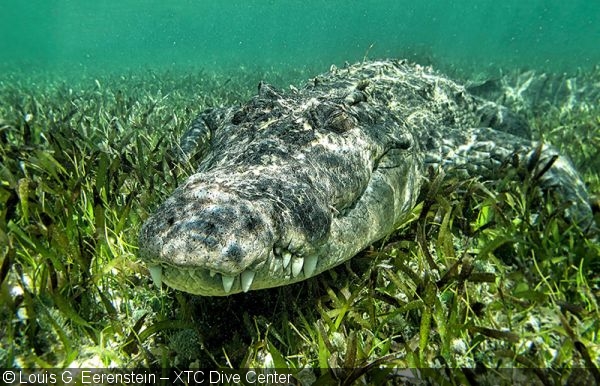 During the months of June through September, Isla Mujeres is home to one of the most amazing events in nature—the largest known whale shark aggregation in the world. Hundreds of whale sharks, the world's largest fish, gather to feed on tiny clear fish eggs on the surface of the Caribbean Sea. These gentle giants, which can reach over 40 feet in length, are filter feeders, and can be easily approached in the clear blue waters of Isla Mujeres. This is almost certainly the best opportunity in the world to photograph one of the ocean’s most amazing animals—and in numbers that must be seen to be believed. 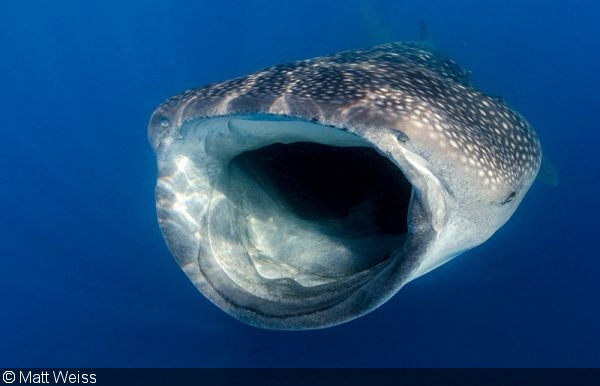 Day 5: 2x cenote dives and then travel to Xcalak (cameras can stay assembled)

Day 16: Transfer back to Cancún 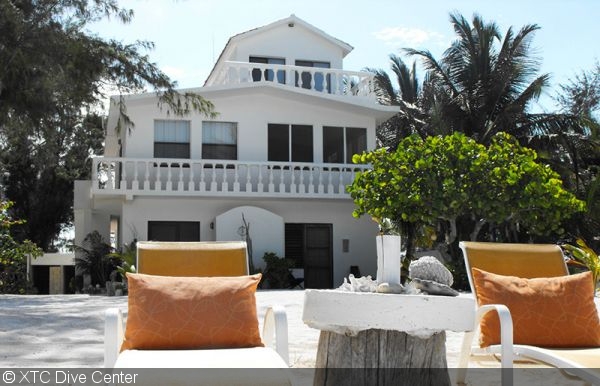