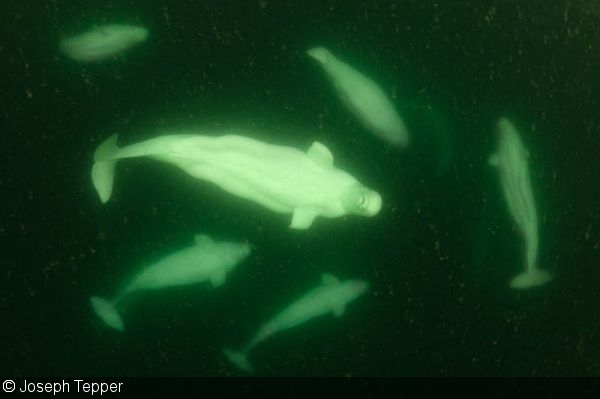 The Canadian subarctic town of Churchill is no stranger to adverse conditions. All but a fortunate few of the first 16th-century European explorers to visit Hudson Bay’s western shore perished.

Much hasn’t changed in the 400 years since. Patrolling polar bears demand constant vigilance and a trusty shotgun for outdoor excursions. That’s a venture not easily envied when winter temperatures plummet to minus 40 degrees (Celsius or Fahrenheit), nor in summer with the pestilence of penny-proportioned flies and mosquitos.

The heartiness for survival shared by the town’s mere 600 residents is also required for a photographer looking to make the trek north. Just getting to Churchill is a challenge: There are no roads in or out and torrential flooding wiped away the only rail line. The few flights available are expensive, with half of the small jets occupied with basic food and supplies for the locals. But enduring the isolation, weather, and dangerous wildlife is a small price to pay to photograph beluga whales in the wild. 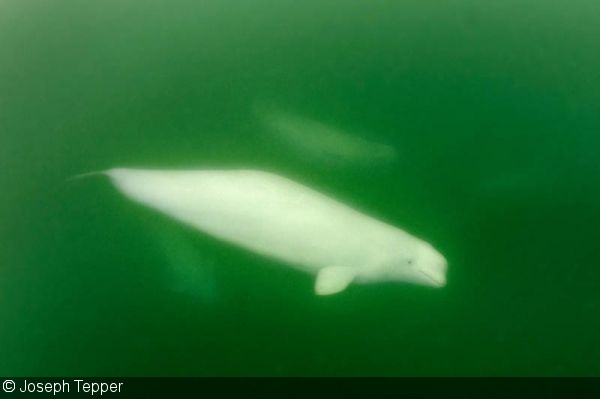 Forget the zoo: In Churchill you can photograph beluga whales in their natural habitat

The Beluga Capital of the World

A welcome sign demarcating the transition from tundra to town boasts Churchill as the “Beluga Capital of the World”—and it certainly is that. When the Hudson Bay thaws each summer, more than 50,000 belugas gather at the mouth of the Churchill River. It is by far the largest and healthiest population of the white whales anywhere on the planet.

The belugas make use of the river and estuary to feed, molt, and give birth. The narrowing waters also provide protection from their chief natural predator—orcas. As a result, the bay is brimming with both the completely white adult and grayer sub-adult beluga whales. 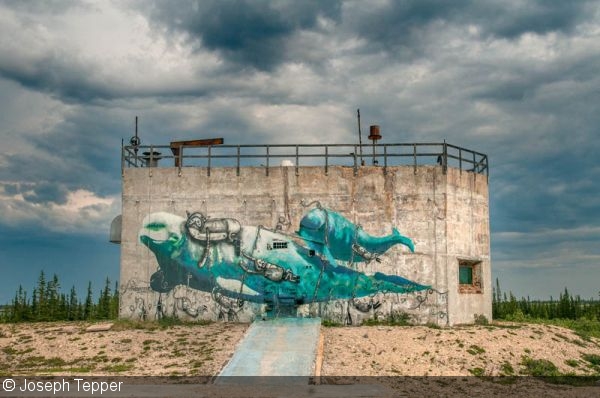 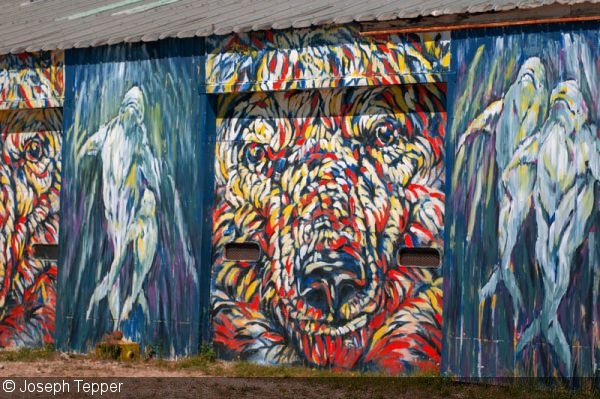 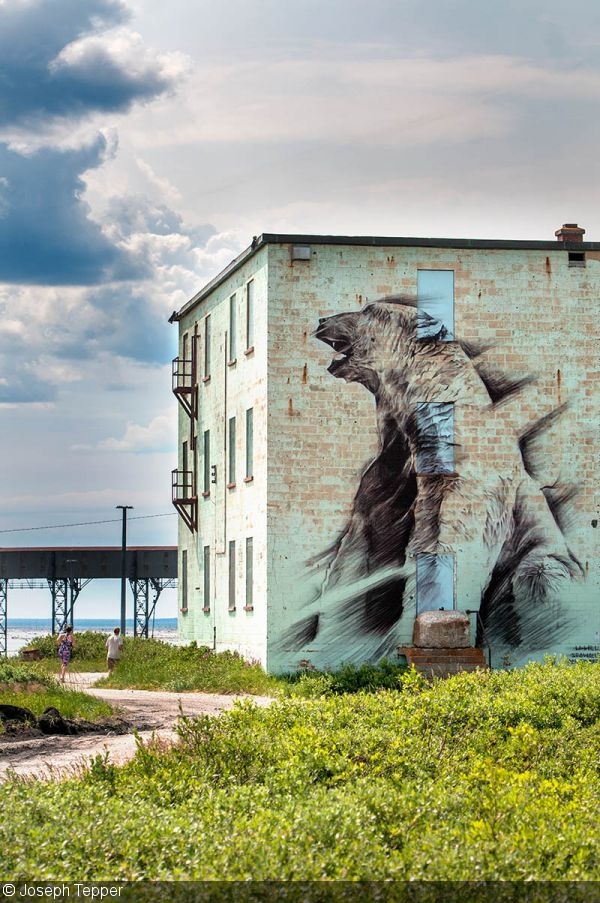 It’s hard to forget why this small Canadian town is the place to be for beluga whales even before getting in the water. Enormous murals of the whales carpet abandoned industrial buildings—the contribution of the Sea Walls: Artists for Oceans collective. Painted polar bears, too, wallpaper various structures throughout town.

Beyond their fresco form, the real-life belugas are easily spotted from shore. Hudson Bay shimmers a deep emerald green in the near-never-ending summer sun. Even at a distance, pods of white belugas polka-dot the green water as they move between the river and the open bay. It’s not uncommon to spy multiple pods of 15-plus individuals simultaneously. At times, it can be difficult to follow a single pod.

For most who visit Churchill during the summer, seeing the belugas from shore or in a kayak is thrilling enough. After all, who would want to jump into near-freezing estuarial waters? Underwater photographers—that’s who. 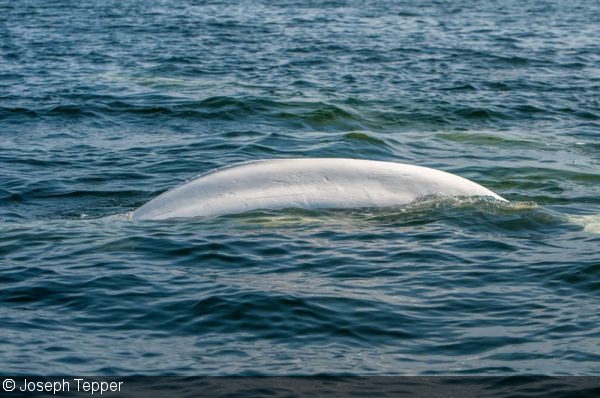 Freediving in a Drysuit?

Despite the sheer number of belugas in a concentrated area, getting close-up encounters with the whales isn’t so simple. The pods move quickly and not all are curious enough to investigate snorkelers. Even when you come across a friendly group, the brackish waters of the bay create less-than-ideal visibility. These conditions worsened in 2017 when extensive flooding sediment runoff.

Founded in 1977, Sea North Tours has more than 30 years of experience interacting with belugas and is ideally suited for the needs of underwater photographers. The company operates their tours out of a fleet of rigid-inflatable boats. The zodiacs accommodate small groups (four to six guests), ensuring you won’t feel crowded in the boats or in the water. The zodiac captains are often native to Churchill and have hundreds of hours observing the whales in the wild. 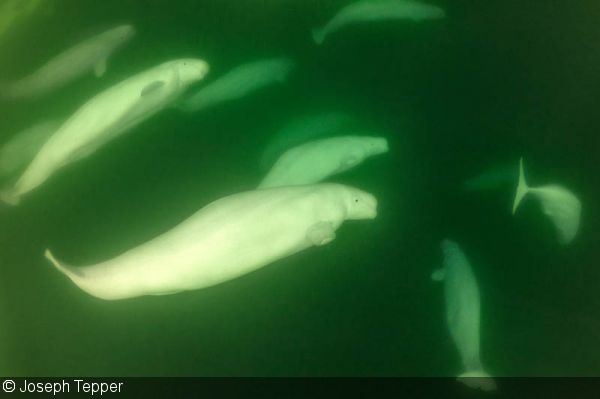 Despite the otherworldly encounters with belugas, Churchill remains relatively off the map for underwater photographers

Swimming with the belugas is not for the faint of heart. The first challenge is the in-water conditions—not many underwater photographers are keen to forgo the tropics for hazy, 40-degree water. While drysuits will keep you warmer, they also make freediving nearly impossible. Sometimes, the belugas will come right up to you at the surface—but sometimes a breathhold dive is necessary to get closer to the pods.

For this reason, a 7mm-plus-thick wetsuit is the way to go—even if it means you’re a bit uncomfortable in the cold. Plus, there’s a lot of hopping in and out of the boat, which wouldn’t be much fun in a bulky drysuit. If you want to travel light, Sea North Tours offers free wetsuit rental, so all you’ll need are fins and a mask. Oh, and don’t forget your camera. 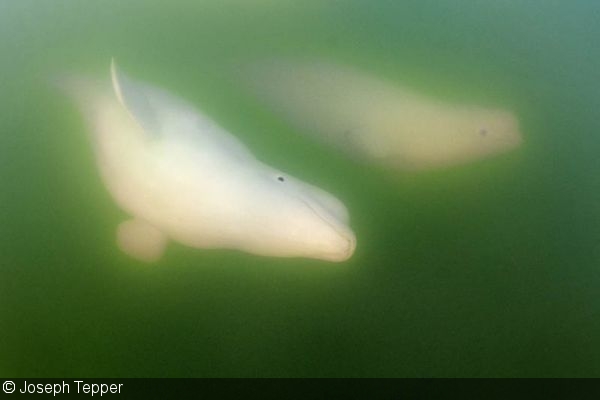 Tracking down the right belugas to photograph isn’t an exact science. Even before your zodiac zips out into the main bay, you’re likely to see whales swimming around the estuary. However, while the belugas may be present in a high concentration, the visibility in the mouth of the river may be disappointing. With the recent flooding, visibility often hovered around arm’s length near the river mouth.

Instead, your skipper will aim to track down a friendly pod out in the bay, where visibility improves to around 10 to 20 feet. Each boat driver has a unique method for finding the best encounters, but there’s nothing as tried and true as trial and error. A good strategy is just getting in the water as much as possible—you never know when a curious pod will glide by below.

Even when visibility isn’t at its best, you’ll be able to tell when the whales are getting closer just by listening. Beluga whales are among the most vocal cetacean species, earning them the nickname “Canaries of the Sea.” Perhaps it’s a myth, but singing along with the belugas—through your snorkel—seems to draw them in closer. And with these murky waters, there’s no such thing as being too close. 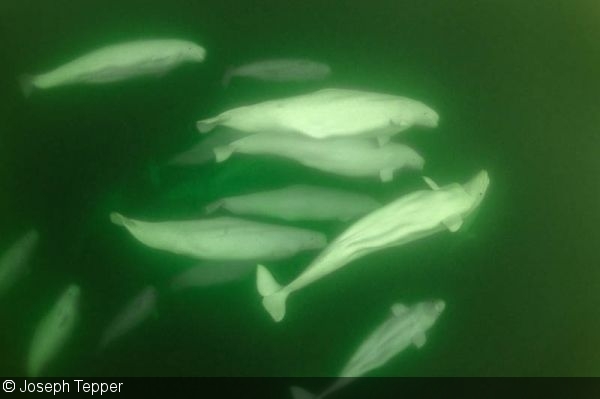 For DSLR and mirrorless camera users, a fisheye lens is a must. You’ll need to be within arm’s distance from the subject to eliminate the green mist of the water column. And if you’re lucky enough to have a massive beluga pod swim by, the fisheye lens will have the coverage for the whole party.

This is one of those shooting environments that demands cameras with more advanced specifications. Shooting with natural light is the way to go to avoid a bulky setup and backscatter when freediving. Limited visibility and a lack of sun limits the amount of ambient light, requiring the use of high ISOs. Alternatively, you can use compact video lights as fill lights to add color and contrast to the foreground.

Ideally, you want a camera that can produce noise-free images in the ISO 1600–3200 range. As well, newer cameras feature autofocus systems with dual phase and contrast detection. A fast, accurate autofocus is key for tracking the fast-moving beluga whales in low light. 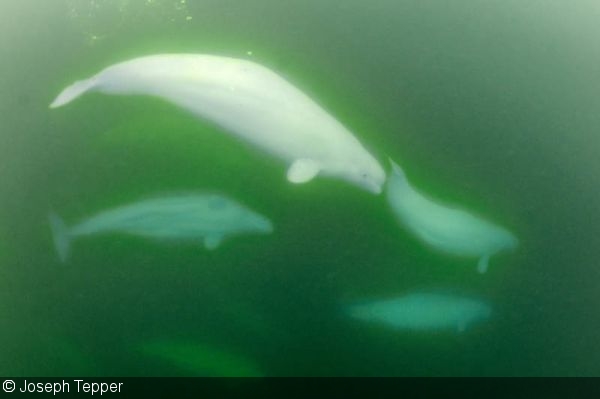 Without strobes, you’ll need a fast shutter speed to freeze the motion of the whales—something from 1/160s to 1/400s should do the trick. Determining your aperture largely depends on the ISO capabilities of your camera. For example, if you can shoot at ISO 3200 with little to no noise, you may be able to expose the scene with an f-stop of f/8 or f/11. This will increase the depth of field and sharpness in images with several animals at varying depths. If you’re limited to ISO 800, a more open aperture of f/5.6 might be necessary.

One benefit of shooting without strobes is the ability to shoot in continuous mode. Photographing the belugas at 6 to 12 frames per second allows you to capture amazing moments, such as a whale blowing bubbles. To further focus on the animals—and not the settings—consider shooting in “Shutter Priority” mode.

Most importantly, remember that these animals are not in a zoo or an aquarium—they are wild. They may not pose. Moreover, the visibility might just be too low for decent images; you might not get an image at all. But the songs of the singing belugas will be enough to draw you back time and time again. 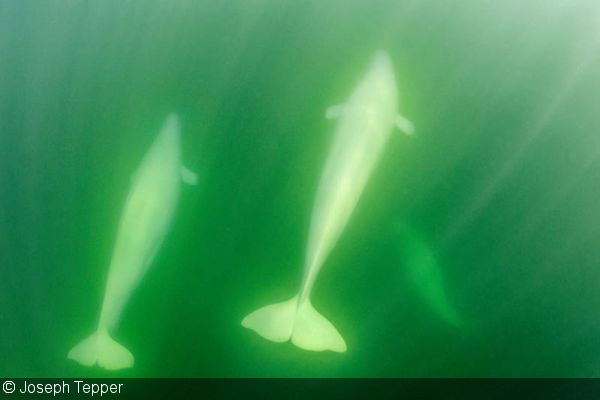 When to Go: Prime beluga season begins in late-June and runs through the end of August. Towards the end of this period, you have a better chance to encounter polar bears.

How to Get There: Currently, Churchill is only accessible via a daily flight from Winnipeg provided by Calm Air.

Who to Dive With: There are only a couple of tour operators that offer beluga snorkeling. Sea North Tours is “100% beluga friendly” and has experience working with amateur and professional photographers.

Where to Stay: Churchill offers a variety of affordable boutique hotels and bed-and-breakfasts. This author enjoyed his stay at the Polar Bear Bed and Breakfast.

Photo Equipment: A wide-angle fisheye lens (DSLR and mirrorless) or wide-angle wet lens (compact) allows you to photograph the belugas up close and frame large pods. Strobes are optional, but will add significant drag when freediving. A long-range telephoto zoom is a good idea for topside wildlife imagery.

Dive Equipment: A drysuit will keep you warm floating at the surface, while a 7mm+ wetsuit will leave you a little colder but allows for freediving. Wetsuits and weight belts are available for rent, but bring your own mask and snorkel.

Other Necessities: Temperatures in Churchill summertime are quite mild to warm, ranging from 50–70°F (10–20°C). A light jacket will keep you warm for photographing the northern lights at night. Bring lots of bug spray. 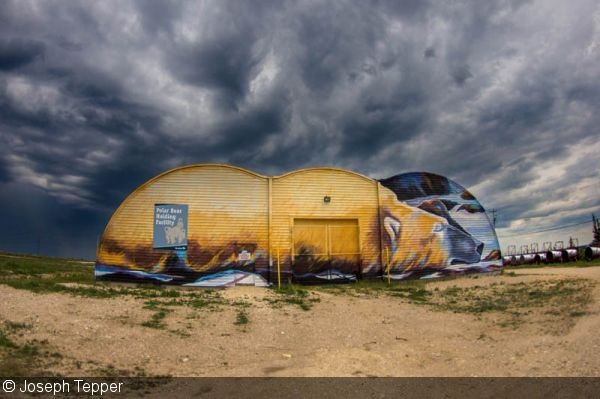