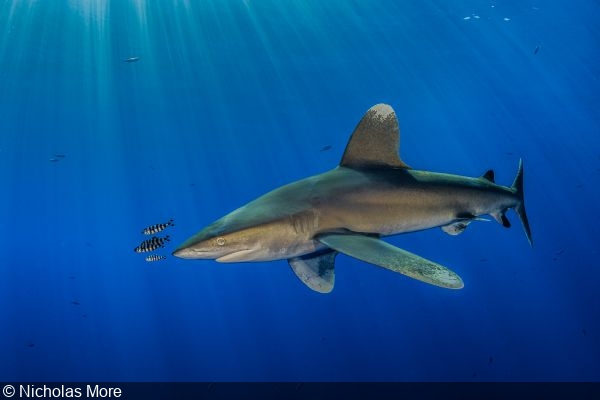 Oceanic whitetip shark: These nomadic open ocean wanderers gather around the offshore reefs of the southern Red Sea in the autumn and winter months. They are bold and curious and often instigate interactions

The Red Sea is one of the most popular dive destinations in the world and for good reason. Abundant marine life, healthy colorful reefs and world-famous wreck dives are the perfect playground for any traveling underwater photographer. In this first article in our new series, Destination Portfolio, seasoned shooter Nick More presents a breathtaking collection of underwater images captured during a decade of diving in the region.

Nick is a regular on board the Tornado Marine Fleet, where he participates in photography workshops organized by other prominent British photographers Alex Mustard and Paul Duxfield. He often travels to the northern Red Sea in the summer months to shoot fish aggregations in Ras Mohammad, and heads further south to the Brother Islands in the winter to encounter oceanic whitetips and other shark species.

His portfolio includes a great mix of macro and wide-angle work, but goes beyond basic reef scenes and fish portraits. Known for his awesome motion blur photography, Nick also uses other creative techniques such as over-unders and bokeh backgrounds to highlight the Red Sea’s most iconic marine life in glorious detail. 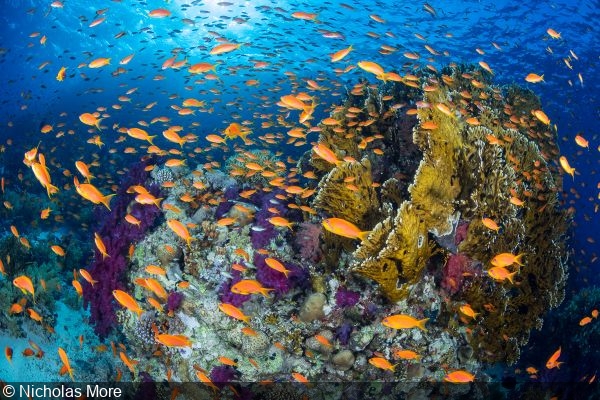 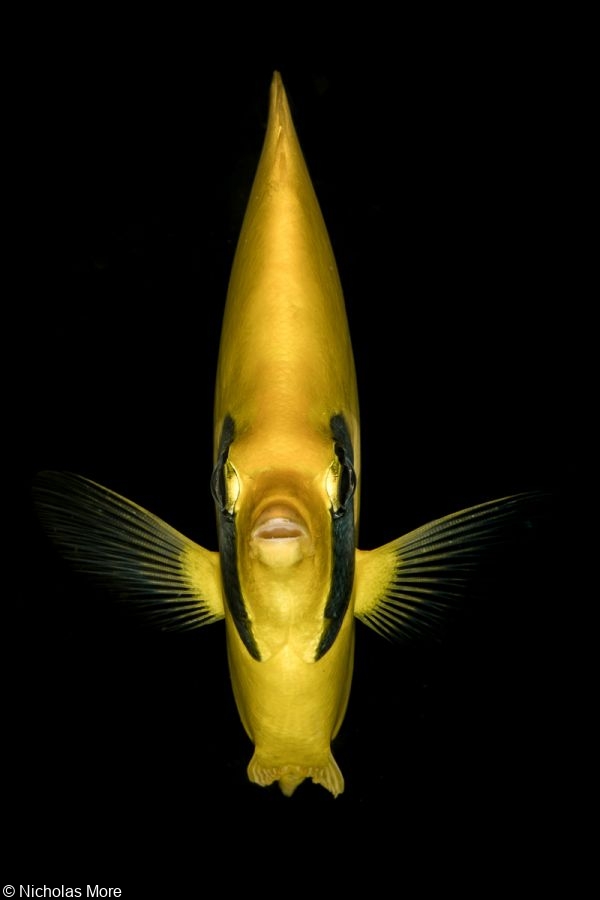 Masked butterflyfish portrait: Another very common fish endemic to the Red Sea. Catching them head-on is a frustrating task but worth the effort 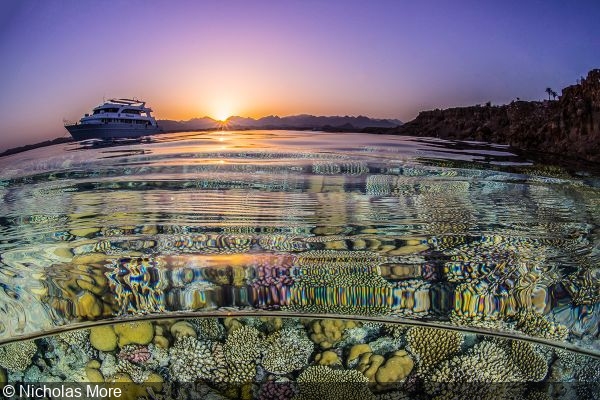 Ras Katy sunset split: The shallow fringing reefs and setting sun behind the Sinai Mountains just outside Sharm el-Sheikh make for the perfect composition for a half-and-half image 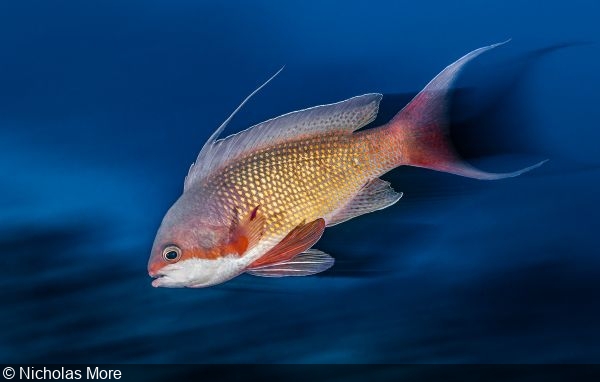 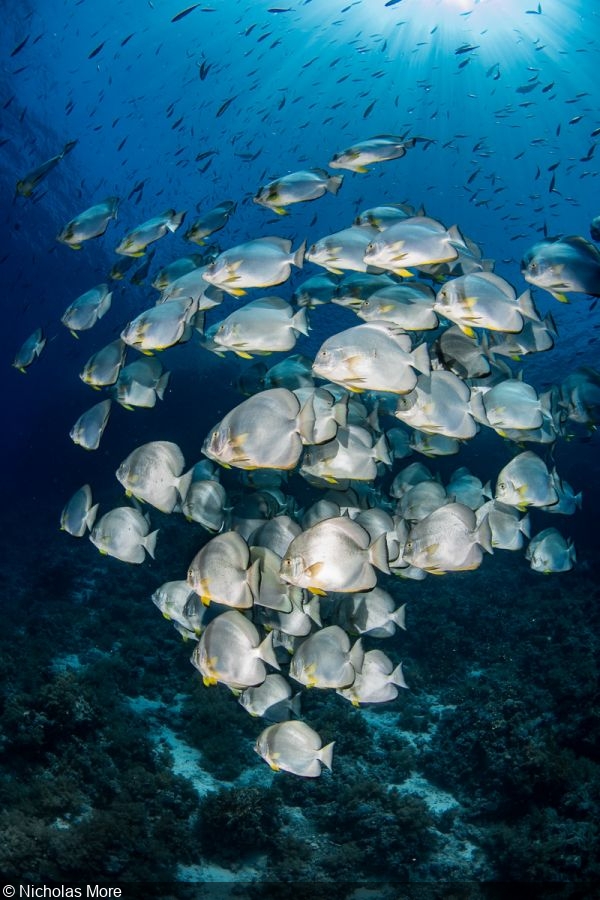 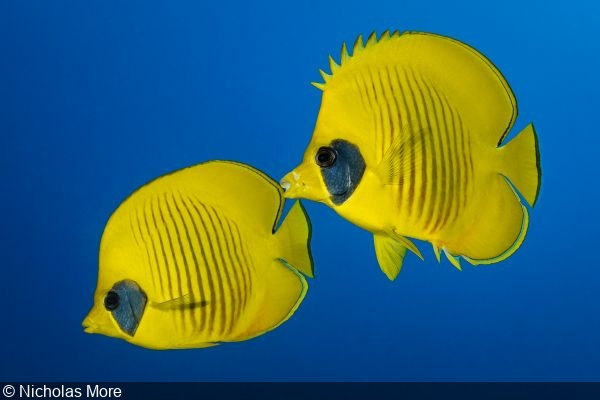 Found on most Red Sea reefs, masked butterflyfish are almost always in pairs 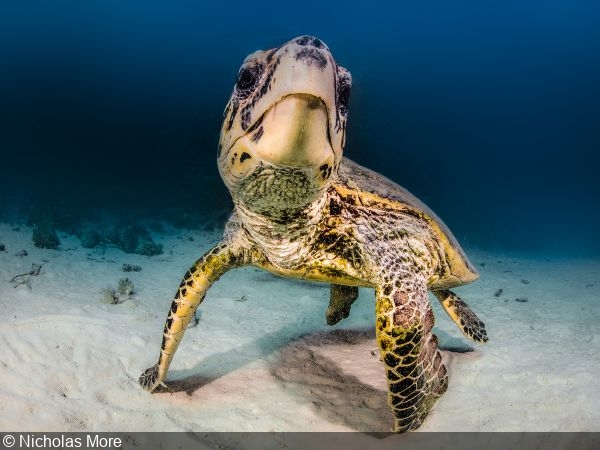 Hawksbill turtle posing on the sea bed: The Barge is an iconic site that is dived heavily and hence the marine life is very friendly, making it an underwater photographer’s playground 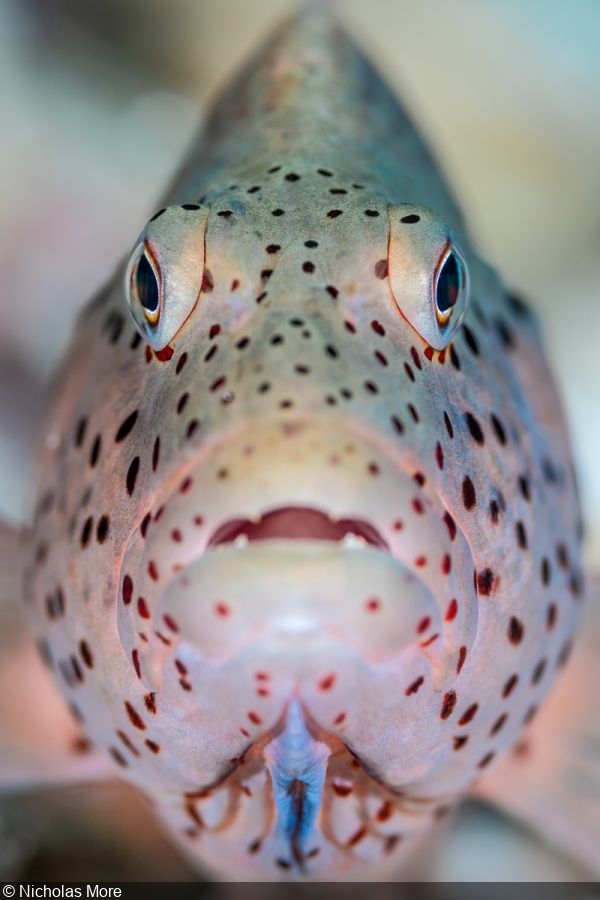 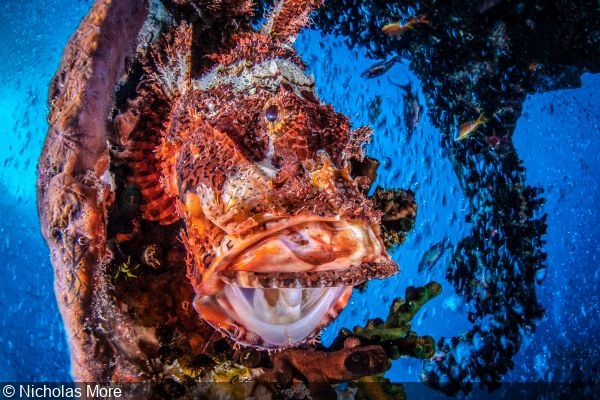 Scorpionfish on a wreck: The S.S. Thistlegorm is a 70-year-old artificial reef that’s home to plentiful marine life. This scorpionfish yawns a warning as it waits in ambush 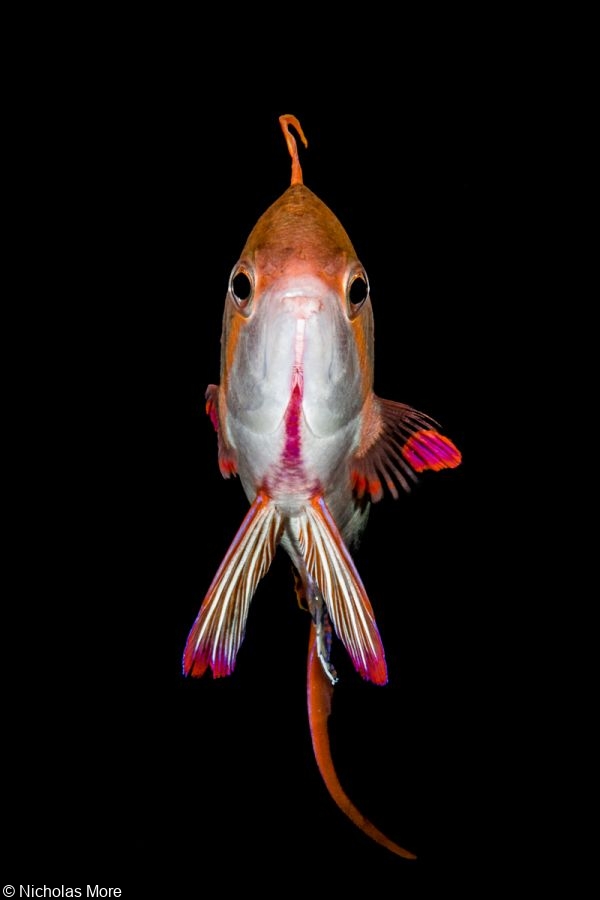 Male Anthias portrait: Anthias festoon every reef in the Red Sea. The males are territorial and fiercely protective over their female entourage 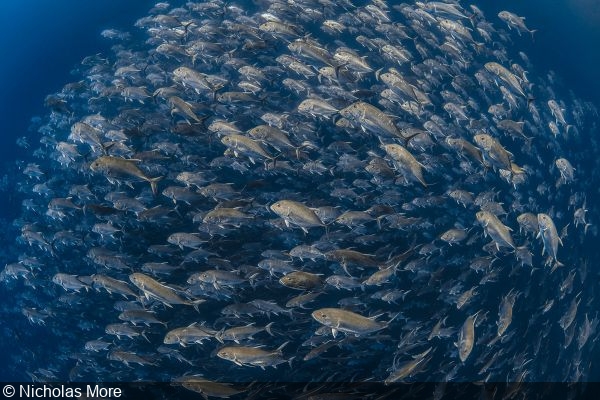 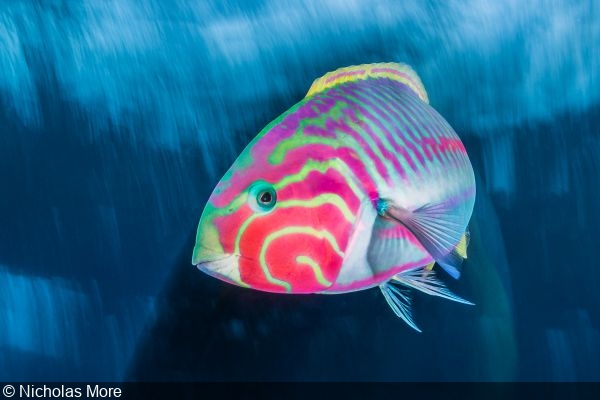 Kluzinger’s wrasse: This portrait was taken using a slow shutter speed to render an attractive background to showcase the amazing colors of this underwater character 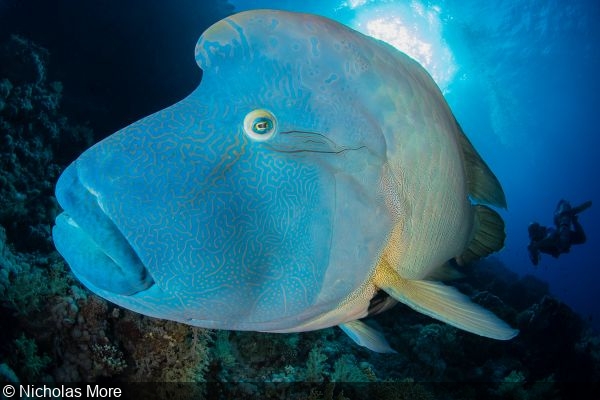 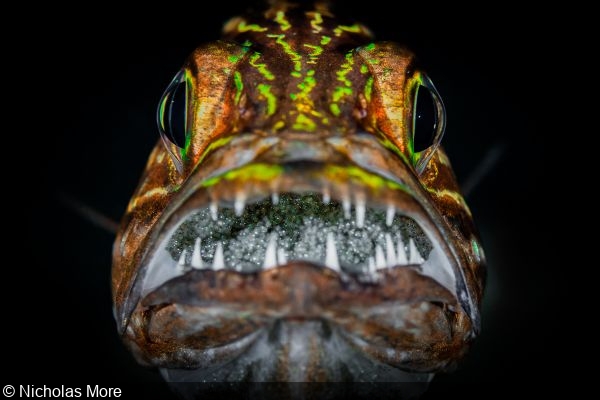 A tiger cardinalfish mouth-brooding a batch of mature eggs 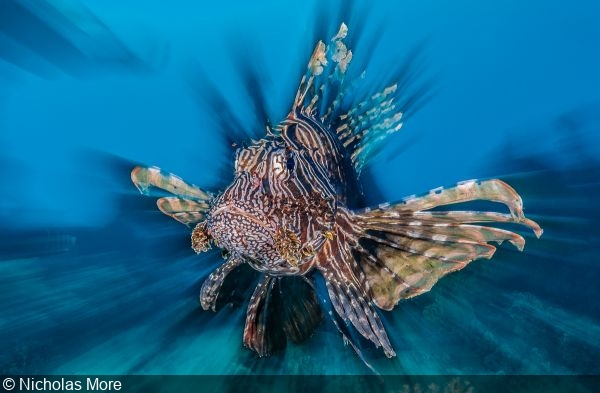 Zoom-blur portrait of a red lionfish: A slow shutter speed whilst using a zoom macro lens frames this beautiful predator found on all Red Sea reefs