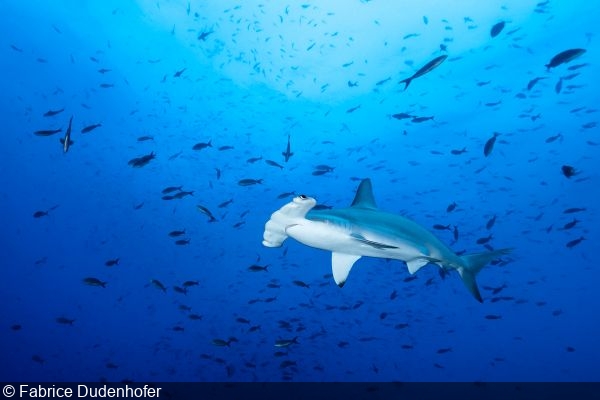 Scalloped hammerheads are common and seen in large numbers in Malpelo

The Tropical Eastern Pacific is home to some of the world’s most famous dive destinations, including the Galápagos Islands, Cocos Island in Costa Rica, and the Revillagigedos Archipelago in Mexico, but one other less well-known but equally appealing destination should also be included on this list: Malpelo Island in Colombia. Located 300 miles from the mainland and only accessible by liveaboard, Malpelo is a challenging place to visit and to dive, but adventurous travelers willing to make the journey to this barren seamount will be rewarded with wide-angle photo opportunities to rival anywhere else on the planet. Those familiar with this part of the world will know that nutrient-rich upwellings deflected into shallower water by underwater mountain ranges provide fuel for an abundance of marine life of all shapes and sizes.

No soft coral covered reefs or their normal inhabitants here. Instead, you will find large rock formations and cliff faces that descend rapidly into the deep water trench surrounding the island. The focus in Malpelo is always on what may appear out of the blue, so underwater photographers diving here are advised to forget about the macro lens and concentrate on the big stuff. Giant schools of hammerhead and silky sharks patrol the water surrounding the island, and whale shark sightings are common. You can also expect to encounter eagle rays and massive schools of jacks, barracuda and tuna. Closer to the rocks, you can focus on hard coral covered outcrops and some close focus wide angle shots of moray eels and scorpionfish. Either way, wide angle is the way forward!

Expect strong currents and deep dives to experience the best encounters, and to make things more complicated you often have to contend with cold water and limited visibility, too. Underwater photographers are often shocked to discover how difficult it can be to capture good images in these conditions, so it is testament to one’s shooting skills if you return from trips in the Eastern Tropical Pacific with great photos or video. 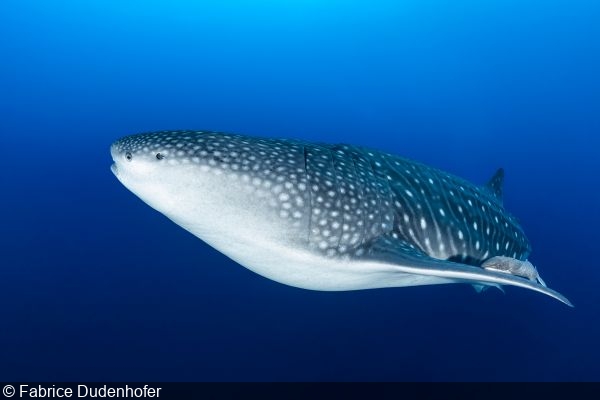 A giant whale shark drifts by effortlessly against the strong current 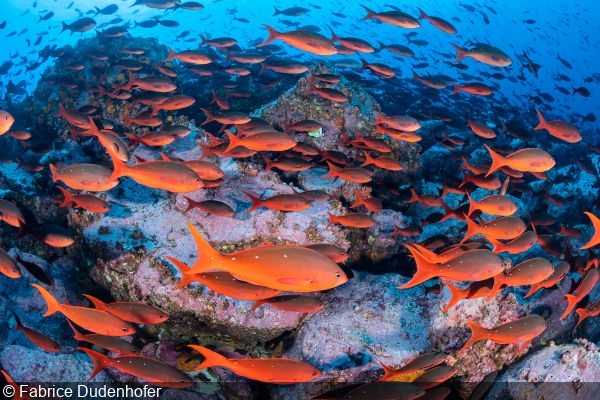 Even around the rock formations fish school in large numbers 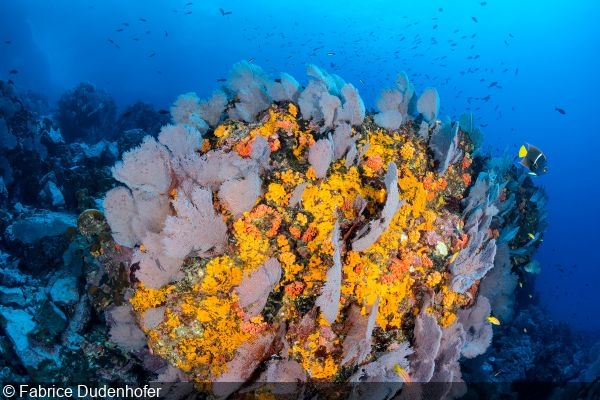 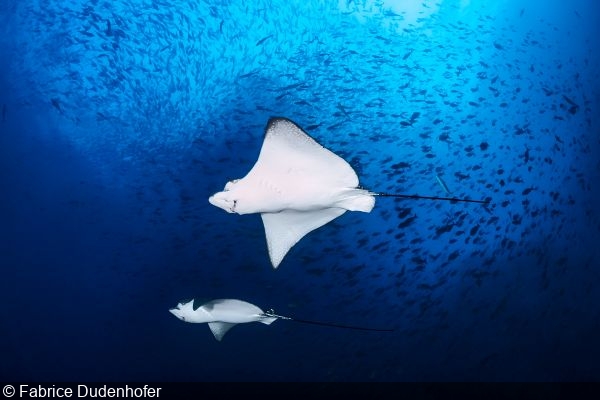 A pair of spotted eagle rays completely surrounded by fish 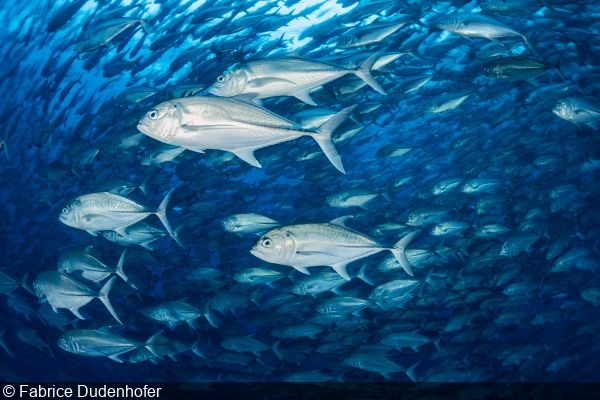 A tornado of jacks block out the sunlight above 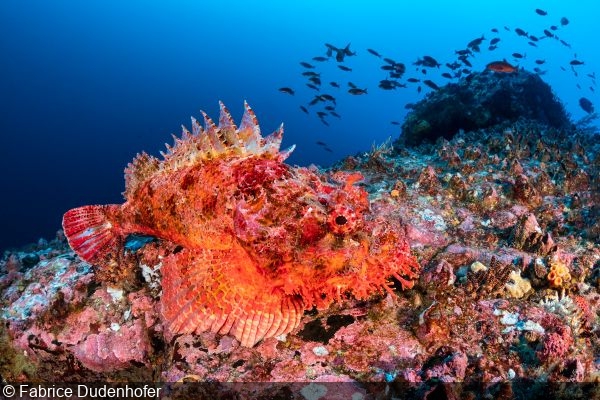 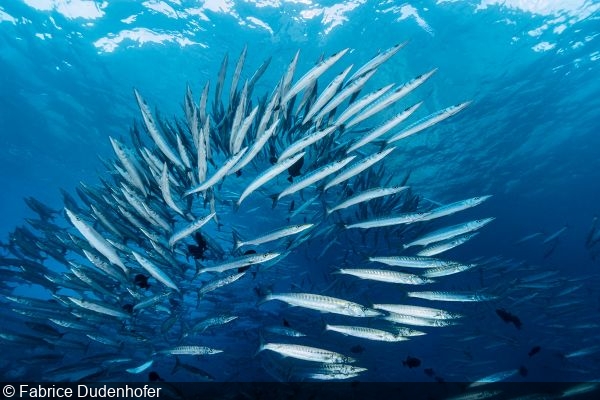 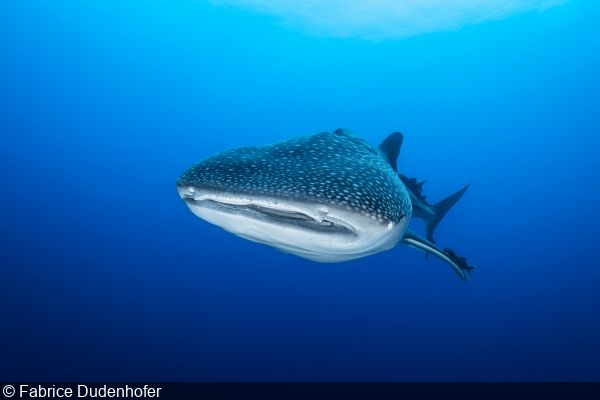 Face to face with the largest fish in the ocean, the whale shark 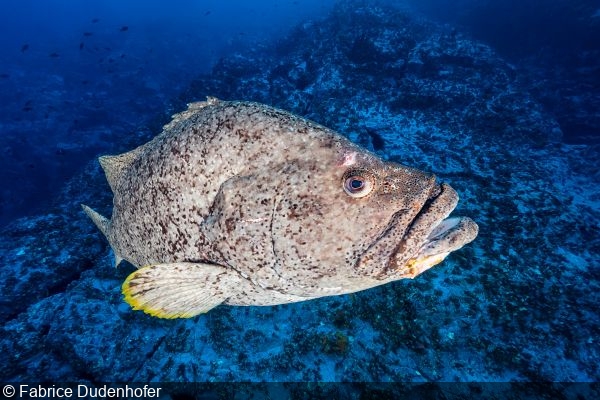 A close-up shot of a leather bass in deep water 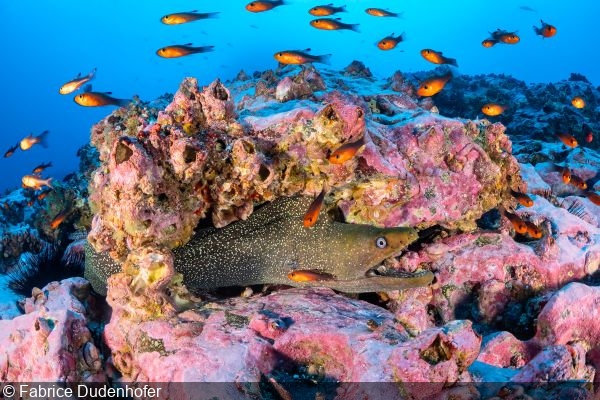 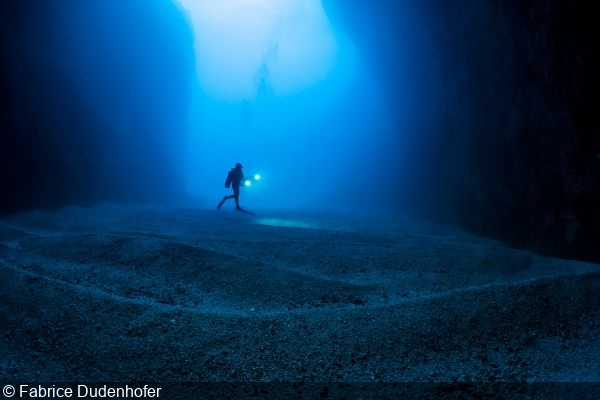 A diver explores a dark crevice close to the islands shoreline 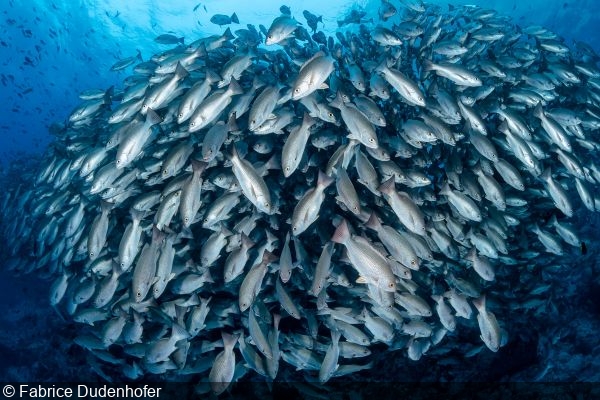 A huge ball of snapper heading into deeper water to avoid predators and a few photographers! 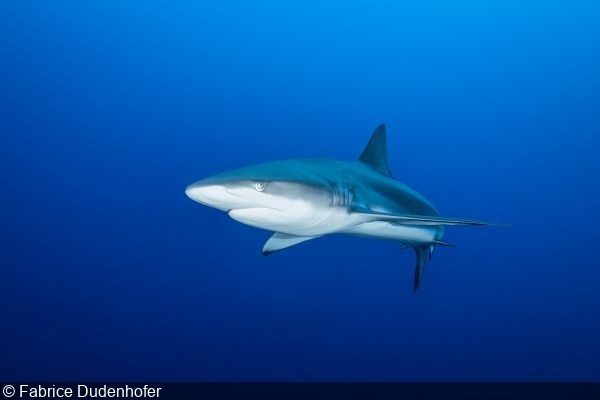 A silky shark approaches the group in the blue 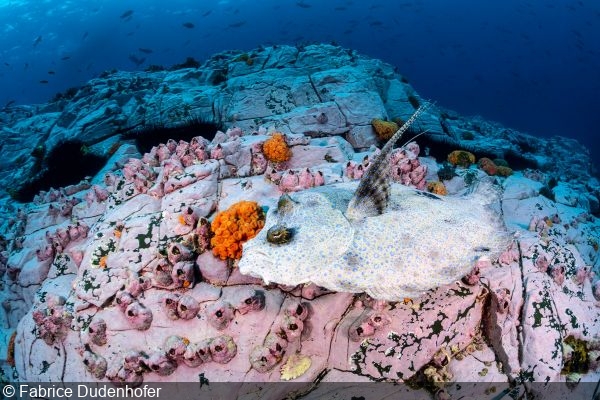 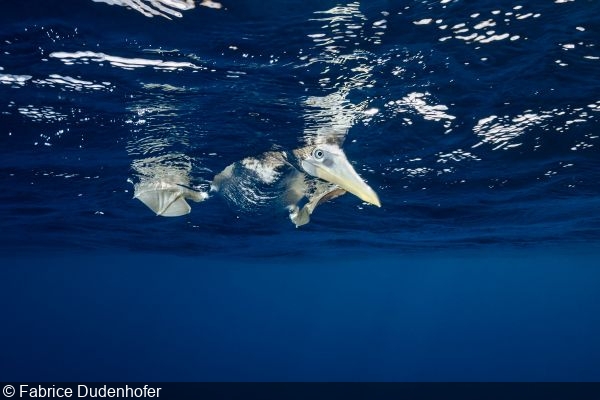 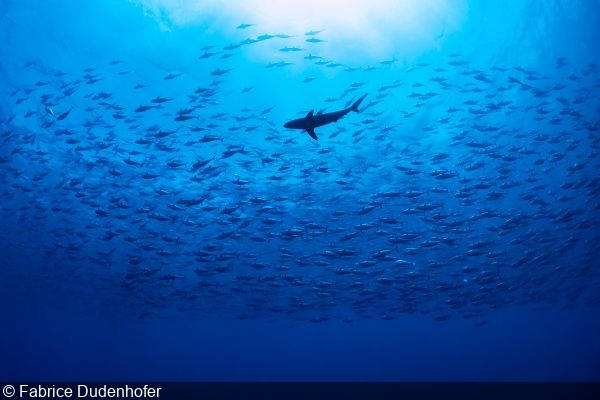 To see more of Fabrice’s Galápagos images or his equally awesome work from other destinations, check out his website, www.fabricedudenhofer.com, and his Instagram page.