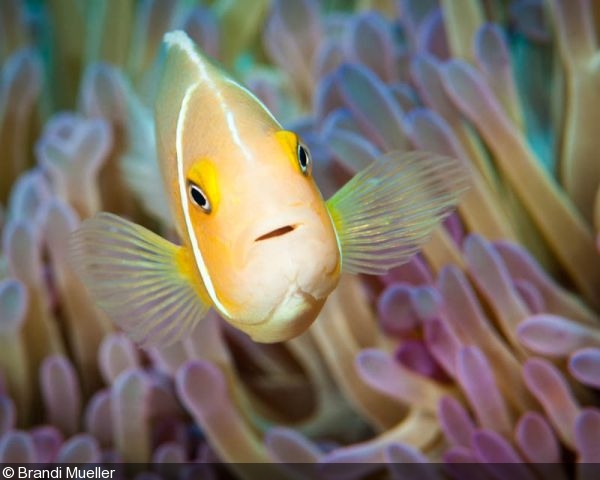 The waters of the Marshall Islands are full of life and color, such as this anemonefish in its pastel purple home.

My favorite places are usually the ones few people have heard of. Located just north of the equator in the Pacific Ocean and spread over 750,000 square miles of ocean are 29 low-lying coral atolls and five small islands that make up the Marshall Islands. That’s roughly the size of three states of Texas.

With a land mass of less than 70 square miles (a smaller area than the city of Madison, Wisconsin) there are abundant white sand beaches and palm trees giving way to transparent water clear enough to see the coral below. 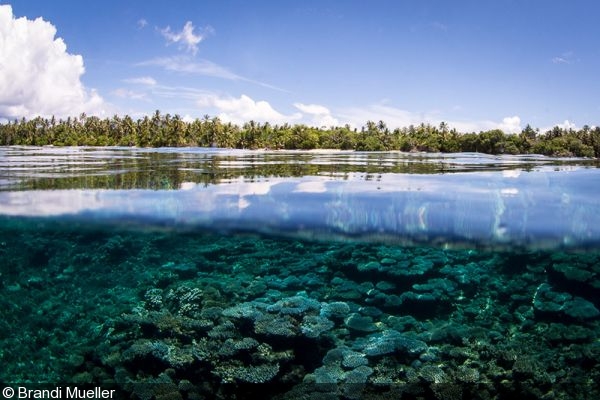 The Marshalls are known for their swaying palm trees and pristine white sandy beaches that give way to crystal-clear blue water.

If you have heard of the Marshall Islands, it is probably in reference to World War II history or the nuclear testing done by the United States at Bikini Atoll. The Prinz Eugen is a favorite wreck to dive due to its history of surviving two atomic test blasts at Bikini and then sinking at Kwajalein Atoll. For photographers it’s also a favorite because part of the ship, including one prop, sits out of the water making for a perfect over-under subject on a calm day. 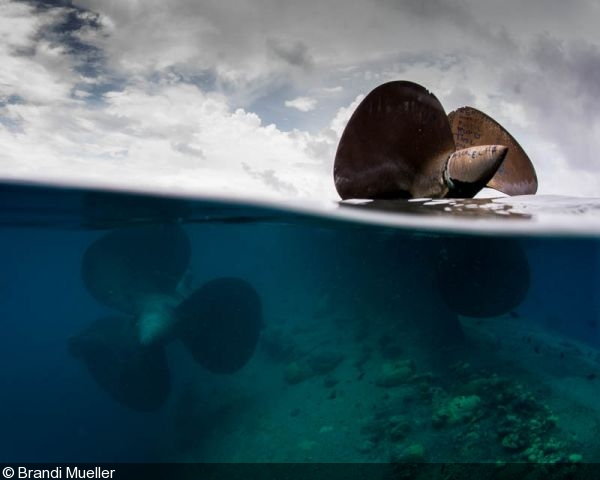 A WWII wreck, the Prinz Eugen offers a rare opportunity to feature what is going on above and below the water line. 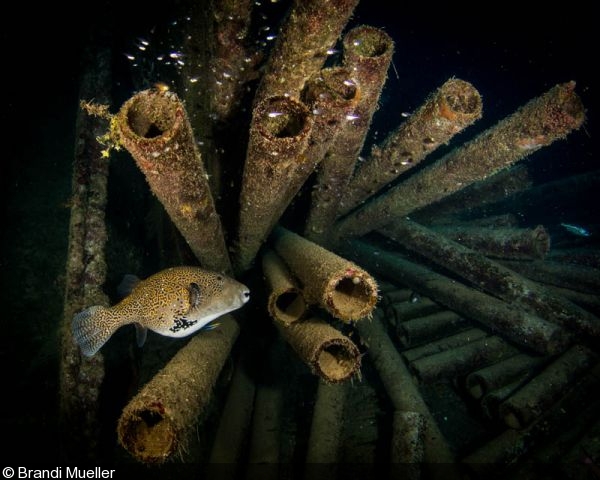 Known for their rich World War II history, the Marshall Islands now offer a variety of wrecks to dive, such as the Tyoko Maru.

The Marshall Islands were occupied by the Japanese after World War I and during World War II the United States invaded. The remnants of these events are found above and underwater around Kwajalein and the Bikini Atoll.

Many Japanese and American ships and planes are now home to extensive marine life and coral growth. The rarely dived wrecks have a variety of unique features, from bow guns to cargo, including airplane parts, building materials, vehicles, and weapons.

One of my favorite photographic dive sites in the Marshalls is called Airplane Graveyard. After WWII ended, the Americans dumped unnecessary equipment off their ships before leaving the region to save on fuel returning to the States.

Over 150 airplanes can be found off Roi-Namur (Kwajalein Atoll) sitting in many different positions, from nose down to multiple planes sitting wingtip to wingtip. In some cases three or more WWII airplanes can be seen in one shot. 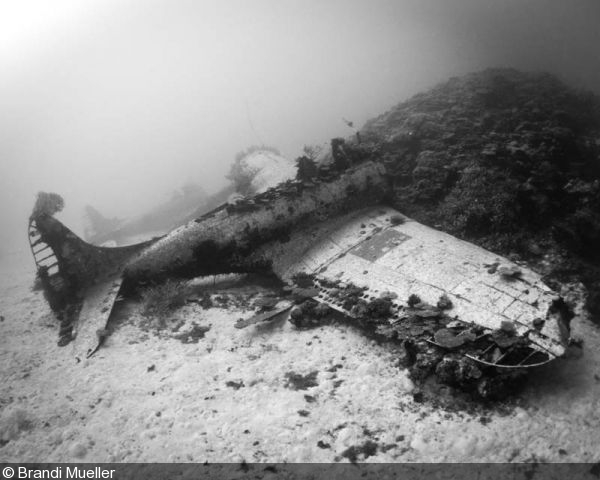 Being home to over 150 sunken planes, the Airplane Graveyard allows photographers to capture an unprecedented number of different views. 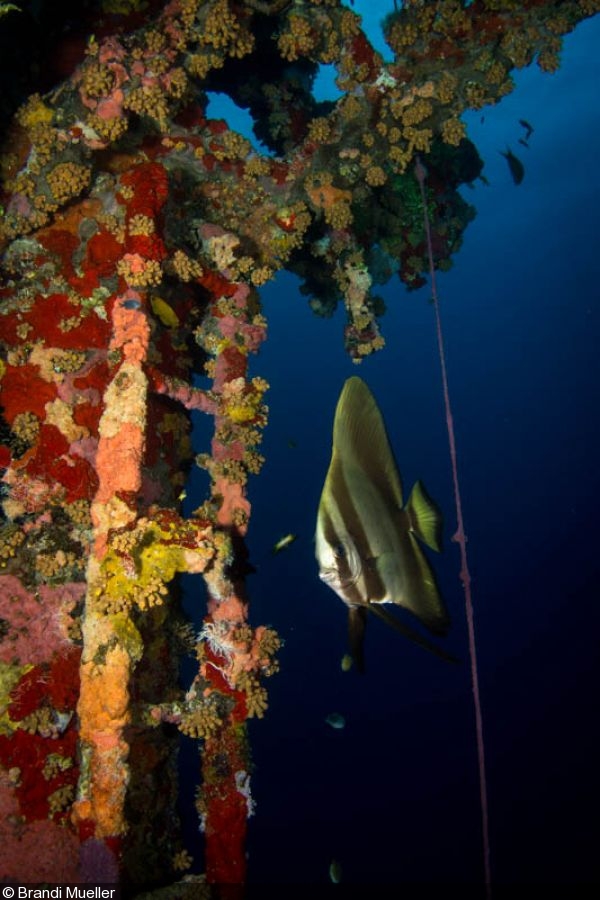 The wrecks are now home to plenty of marine life, such as this orbicular batfish swimming past the mast of the Asakaze Maru.

More recently, the Marshall Islands may ring a bell for creating the world’s largest shark sanctuary in 2011. The Republic of the Marshall Islands government has made the entire 768,547 square miles protected water, with commercial shark fishing and finning illegal. Shark sightings are a common occurrence on dives, although the animals often act very shy, probably due to how few divers they encounter. 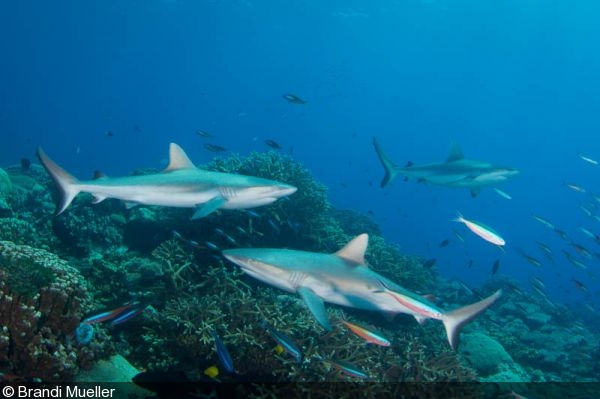 In 2011 the Marshall Islands became the home of the world’s largest shark sanctuary.

The proximity to Micronesia and the Coral Triangle have blessed the Marshalls with an abundance of species biodiversity and with so much water and so few people on such a small land mass that the reef diving is pristine. For reef divers, clams of every color and pattern dot the coral, and large anemones are common.

It’s cliché to say that the Marshall Islands are an underwater photographers dream—but well, it is. Large, healthy corals in clear waters are literally covered with fish, and it seems as if every fish seen is part of a large school swarming over coral. Sharks of all species roam the passes into the atoll lagoons, and porpoise pods from spinner dolphins to melon-head whales can be seen on the surface. 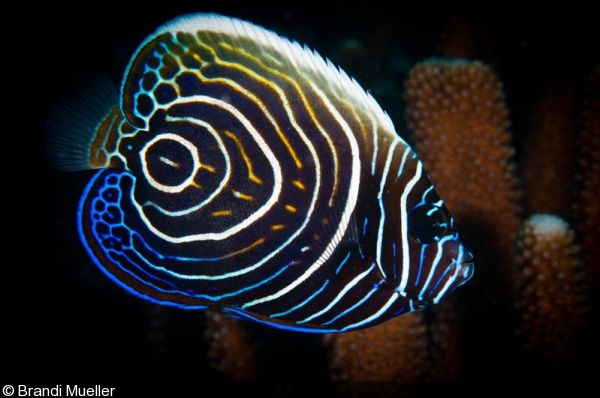 A juvenile emperor angelfish, which has started changing its color pattern to that of an adult, cruises past a neighboring coral.

Inside Bikini and Kwajalein Atoll are hundreds of WWII sunken ships and planes that are now covered in coral growth and fish life. Previously unknown WWII wrecks are being actively searched for and occasionally found—who wouldn’t want to be the first to photograph an MIA underwater airplane wreck?

One of the drawbacks I’ve found to diving in areas that don’t see many divers is that the fish and other marine life, like sharks, are very shy. But, as always, being patient can pay off. In the event one fish won’t cooperate, there are thousands more that may.

In fact, one of the other difficulties I’ve found photographing the Marshall Islands is that there is just so much marine life it’s difficult to focus on just one thing to photograph. As soon as you set up one shot, you glimpse another fish species you’ve never seen before.

Unfortunately for divers, the Marshall Islands have very little tourism capacity or diving operations. Majuro and Kwajalein can be reached by flights from Honolulu or Guam and Air Marshall Islands fly between islands, but service is sporadic and unreliable. Currently one of the only ways to dive Bikini Atoll is aboard the Indies Trader liveaboard, which has occasional diving trips departing from Majuro or Kwajalein Atoll or by private yacht. 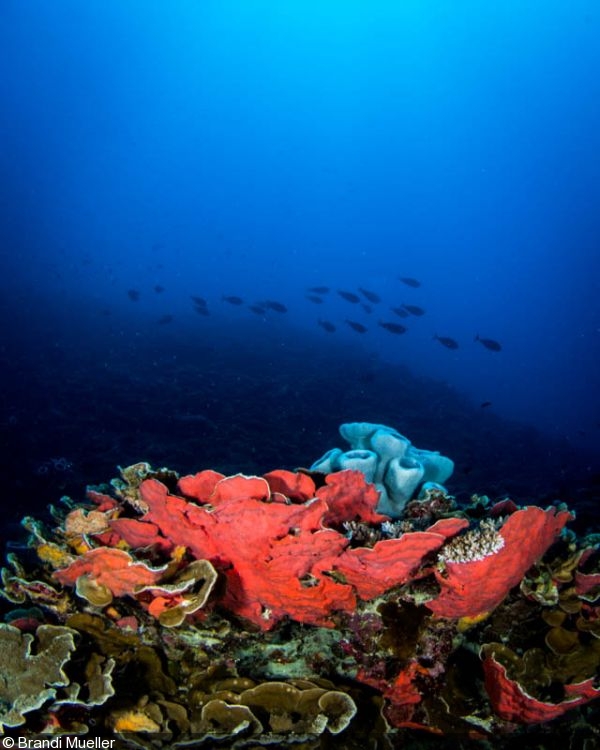 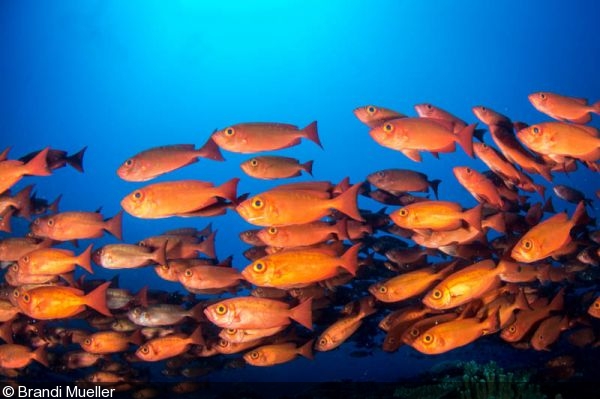 Since it is teeming with wildlife, you may have difficulty deciding exactly what to photograph. 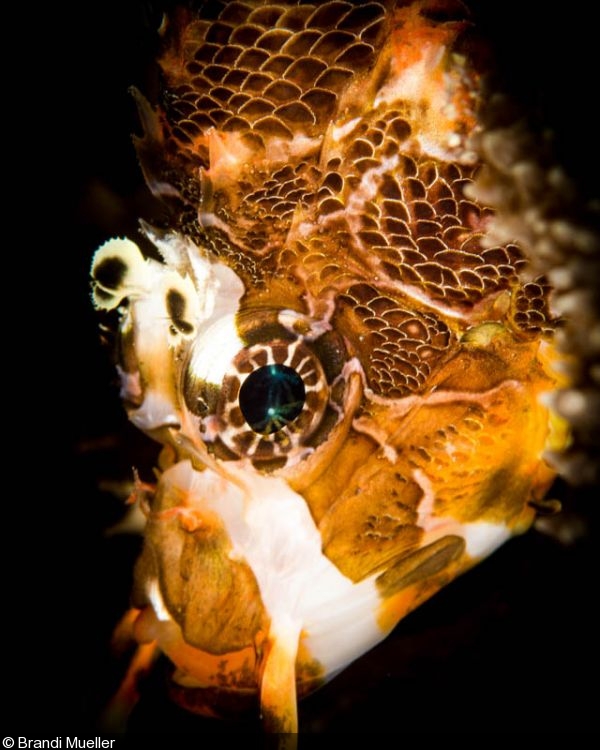 Patience is rewarded on the Marshalls, since much of the wildlife, such as this twinspot lionfish, is unaccustomed to human interaction and may shy away from divers at first.