By Andy Sallmon and Allison Vitsky

For many dyed-in-the-wool still shooters, the lure of DSLR with 1080 HD video capabilities was too much to pass up, and we were no different.

For us, it was all about the Canon 7D. When the specifications were released in 2009, we were as giddy and wide-eyed as two little kids at Christmas. We exchanged a flurry of emails immediately following the announcement, detailing the amazing, award-winning multimedia work that would emerge from our new cameras. We immediately placed our names on a waiting list for 7D camera bodies, and by the following spring, our new toys were housed and submerged.

And then—you guessed it—not much changed. We continued to shoot still images only. 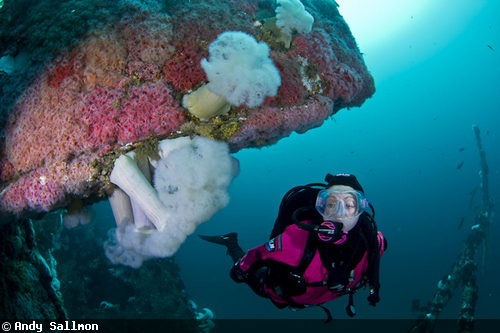 Get the great results without the clunky strobes

There are certainly lots of reasons behind this, but foremost was the lighting dilemma that accompanied the situation. If we wanted to shoot high-quality still images (and we couldn’t bring ourselves to let go of that capability for even one dive), then the light output provided by a strobe was necessary in most scenarios. Adding dedicated video lights to our rigs would have added so much weight and bulk (not to mention expense) that it was just not feasible.

Enter LED video lighting. Since 2009, we watched as video lights evolved from cumbersome systems with cords and huge battery packs to small, self-contained rechargeable units. With constantly improving power outputs and burn times, we knew that soon LED lighting might be strong enough to do double duty. 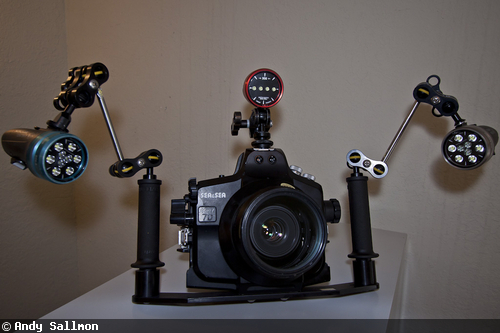 With the recent announcement of compact 4000 lumen LED lights, we thought that time had finally arrived

Macro photography was well feasible with two 1200 lumen lights, especially when the lights were positioned close (6-12 inches) to the subject. We found the average settings for continuous light, macro situations to be 1/125th at F11, ISO 320. The light beam angle was narrow, approximately 60 degrees, so it was important to aim the lights very carefully. Of course, since the light was constant, it was easy enough to tell when the subject was illuminated! 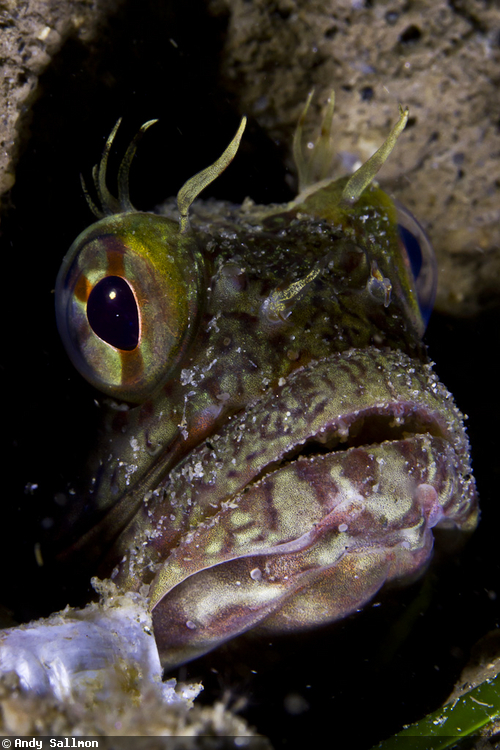 For medium sized subjects positioned 12-18 inches away, we used settings of 1/125th at F11 at ISO 320. For smaller subjects, aperture could be narrowed to F16, as long as the lights were closer to the subject (6-12 inches), giving a greater depth of field than was possible with the 1200-lumen lights. 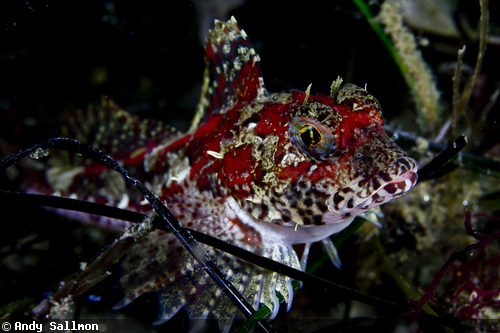 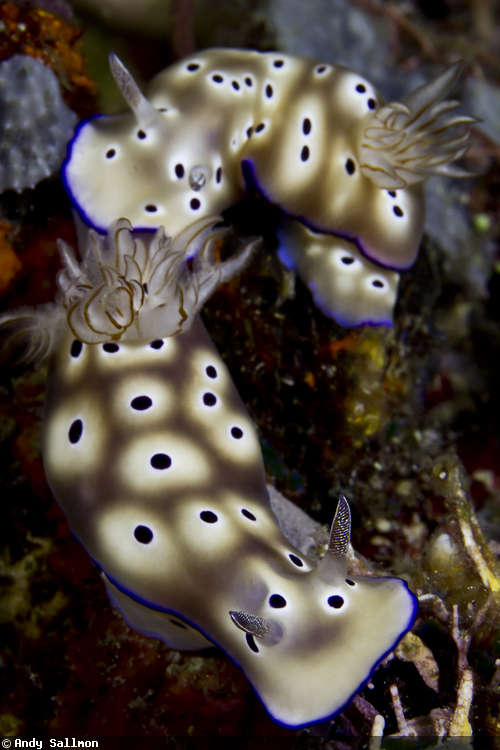 We were dubious about the use of the 1200 LED lights for wide-angle work. It simply seemed that the light output and narrow beam angle would be too limiting.

While there were some confines, we did find that it was possible to do close focus wide-angle work in darker water, where we could use a wider aperture without overexposing our images. San Diego was our sole testing ground for wide-angle use of the 1200 lumen lights. The 60-degree beam angle required careful aiming and a lot of patience. However, we discovered that this actually provided an advantage—in San Diego’s particulate-laden water, the narrow light beam translated to less backscatter in the image. 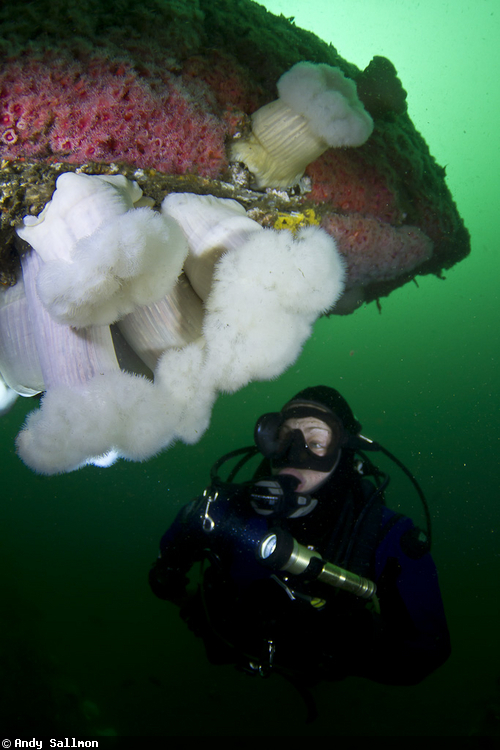 With the lights 1.5 – 2 feet away from the subject, we used settings of 1/125th - 1/160th with F-stops ranging from F4.5 – F6.3 at ISO 320. Given these results, we felt certain that the 4000 lumen lights could replace small strobes, and our confidence led us to test them in brighter waters outside our San Diego hub.

We brought a pair of 4000 LED lights with us to the Solomon Islands, where we experienced clear, sunny days and fantastic visibility. 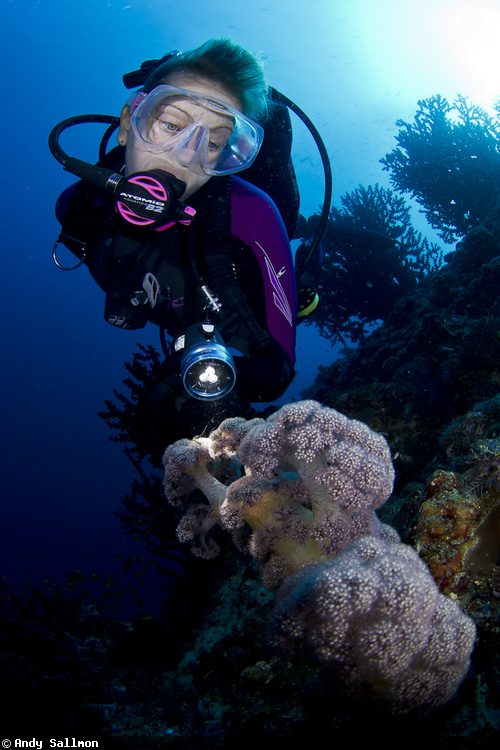 The abundant ambient light required higher shutter speeds and smaller apertures, which made lighting foreground subjects challenging. However, it was certainly possible to get well-lit images if we stuck to close focus wide-angle work. Lights were positioned 1-2.5 feet from the subject, and settings averaged 1/160th with apertures of F7.1-F8 at ISO 160. 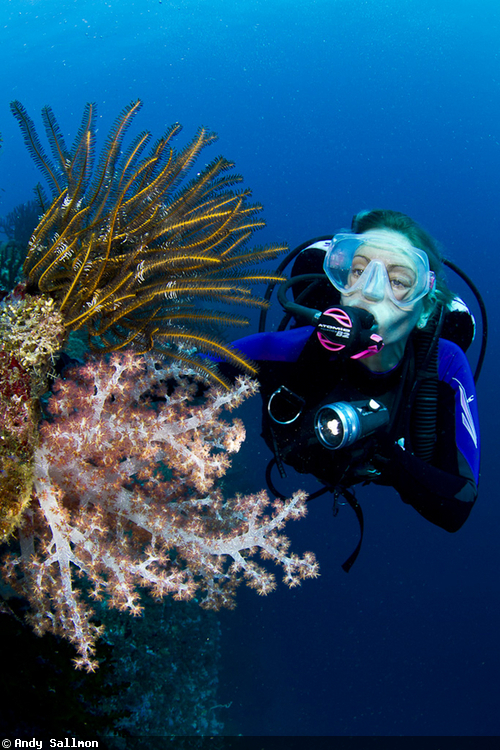 Upon arriving home to San Diego, we promptly took them out for additional wide-angle testing. We anticipated the necessity of wider apertures in our typical greenish, dark water and assumed that we’d have an easier time lighting foreground subjects than we did in the tropics. However, we were met with freakishly bright, clear conditions on the days we tested them.

We actually used the same settings on our temperate water shots as in the Solomons, except that we raised the ISO to 320. Close focus wide-angle work was equally doable using these parameters. 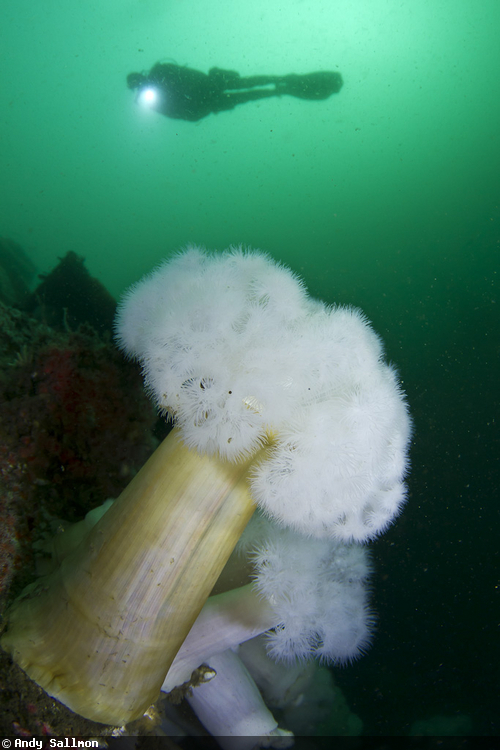 Pros and Cons of Continuous Lighting in Underwater Photography

Advantages of Video Lighting with Stills: We found that video lighting had many advantages over conventional strobes. Since the light was continuous, we were able to meter and adjust as we were focusing on our subjects. Additionally, the continuous light gave us the chance to view and minimize backscatter and undesired shadows or highlights before we ever took a shot, while also appreciating the actual colors of subjects at depth. Perhaps best of all: LED lights are very small, certainly smaller than most strobes, making them ideal for travel and shore/surf entries. 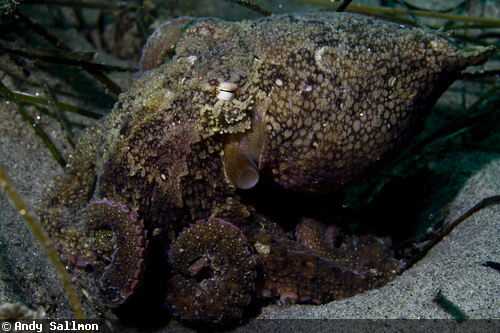 For wide-angle work in particular, the user is still limited to smaller subjects and close distances—applications such as shooting into a bright background, coverage of large subjects, or lighting subjects greater than 2.5 feet away are generally not possible. Limiting photographers most of all is burn time: compact LED lights only last approximately 1 hour using full power settings.

While we don’t anticipate abandoning our strobes in favor of continuous light sources quite yet, we were certainly impressed overall, and we do plan to continue using LED lighting for occasional macro and close focus wide-angle. 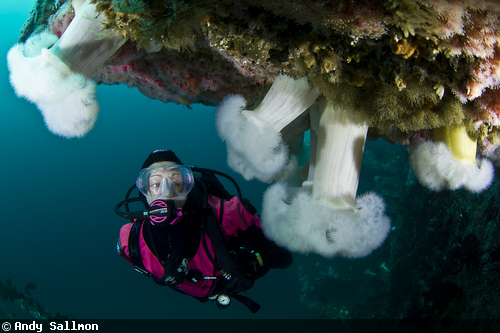 LED lighting is a reasonable lighting choice for compact camera users shooting small and medium-sized subjects. And for DSLR users who do a lot of video work, LED lighting is a good option that can perform dual functions if the user is willing to accept short burn times. 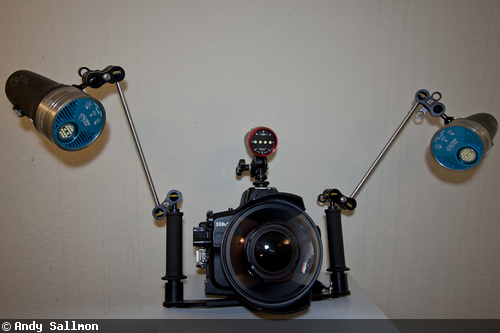 Acknowledgment: The authors wish to thank Light and Motion for their generous support.