Some of the most compelling (but challenging) underwater photographs are those showing marine life behavior of some type. Although creating a nice behavior image can be a difficult endeavor, there are steps an intrepid photographer can take to increase the chances of success. 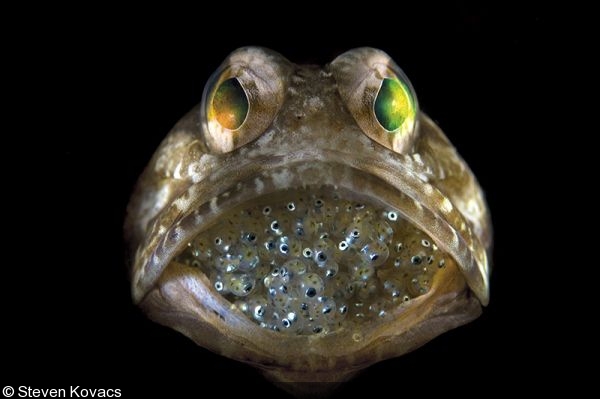 One of the most common behaviors that divers are familiar with are those involving cleaning stations. Of course, the first step in attaining an image is actually finding a cleaning station. Once such a site is found, however, it's possible to revisit the location multiple times since cleaners tend to remain in the same spot.

It may require several dives before the perfect opportunity presents itself, but numerous visits have the advantage of allowing you to observe how the fish approach and react to a particular cleaning station—there is usually a distinctive pattern of behavior. 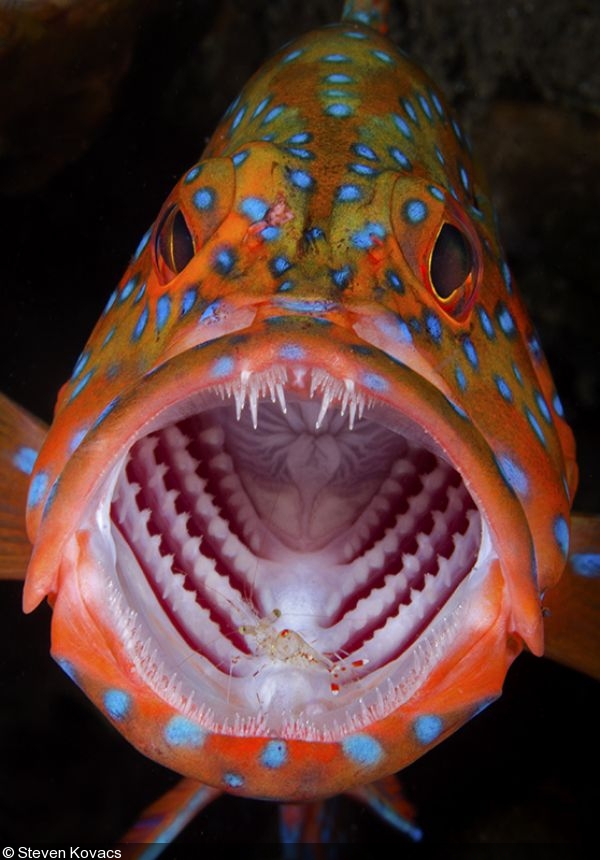 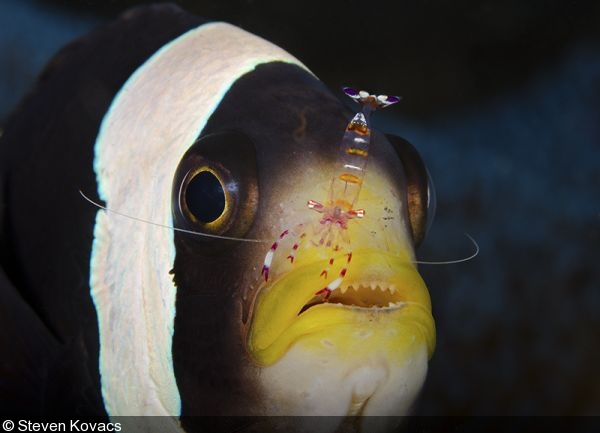 Multiple visits also allow for more time to figure out how to orient yourself, position strobes, and experiment with settings. Make sure you take test shots to confirm the settings and also to have a mental picture of the photograph you're after. Then it's just a matter of patience and waiting for the right moment to press the shutter. 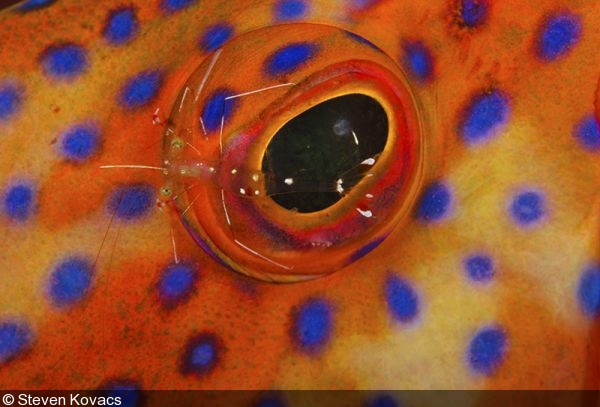 Besides cleaning stations, many mating behaviors are also quite predictable and photogenic. It seems like almost everyone has a picture of mating mandarinfish—since they invariably spawn every night at dusk.

However, many other fish also have predictable mating patterns. Like mandarinfish, other species in the dragonet family will spawn nightly just before dark. Since they tend to remain in the same area for prolonged periods of time, once a territory is identified it's then possible to return and locate the subjects day after day. 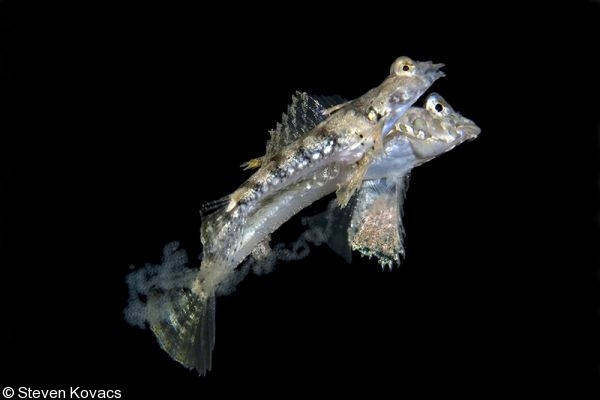 It's always a good idea to set the strobes and desired settings ahead of time and to pre-focus to roughly the desired distance you want, as there won't be enough time for adjustments once the action begins. Use a high f-stop to ensure an adequate depth of field. When the spawning begins, position yourself low and shoot up to obtain a non-cluttered background. It's also important not to shine your lights directly on the fish until after the spawning begins or they may not start at all. Red focus lights often don’t spook the subjects as much as traditional “white lights.”

Besides the dragonet family, many other fish have similar spawning patterns. Hamlets and flounder are great examples: They mate several times every night at dusk. Since they also remain in a given territory, hamlets and flounder can easily be found on successive nights. 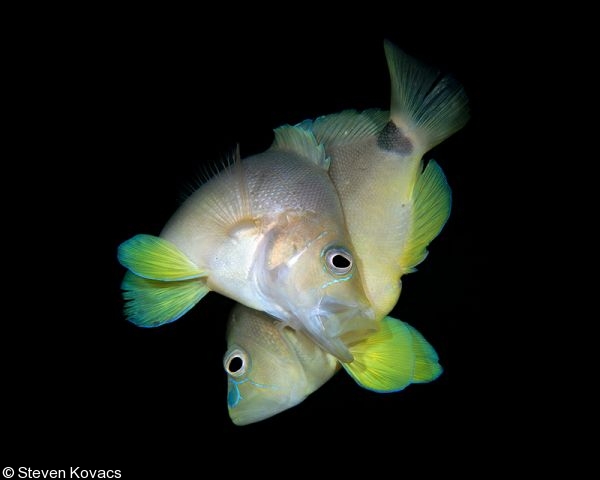 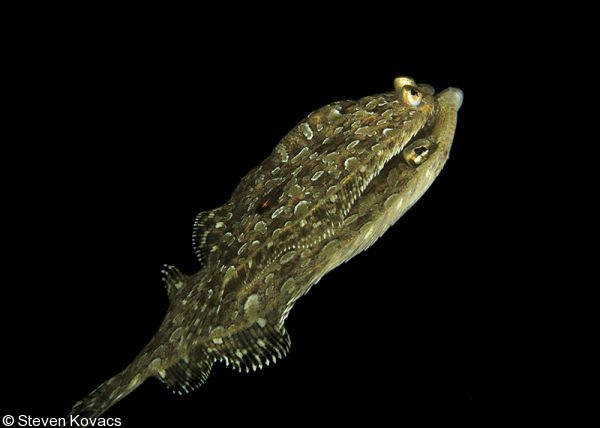 Whether you are shooting dragonets, hamlets or some other species, the importance of presetting everything cannot be over emphasized. Also, research and read as much as possible regarding how and when such behaviors are likely to occur to increase your chances for a successful image. 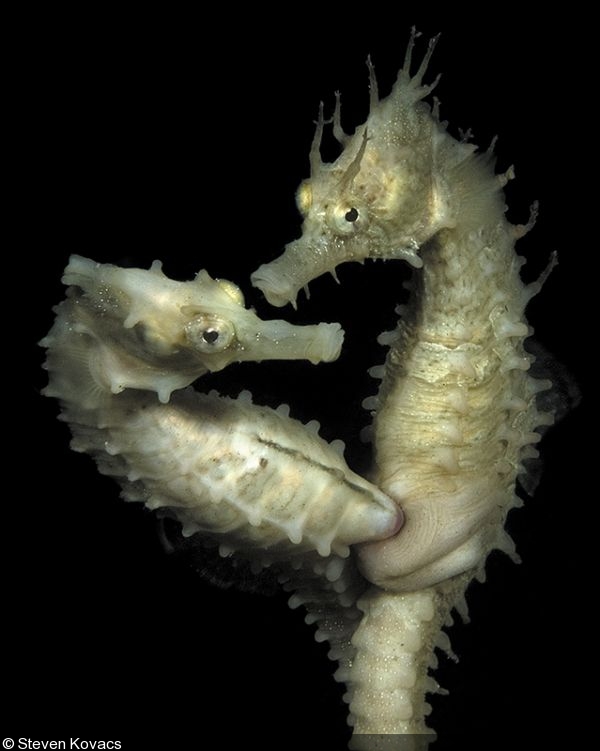 By far my personal favorite behaviors to shoot are those involving eggs. Recognition and a little knowledge can go a long way in obtaining a good parenting picture. For example, knowing that jawfish and cardinalfish are mouth brooders, it's a good habit to look at these species more closely when coming across them underwater. A sandy patch may have dozens of jawfish, but only one or two may be brooding eggs at that time. 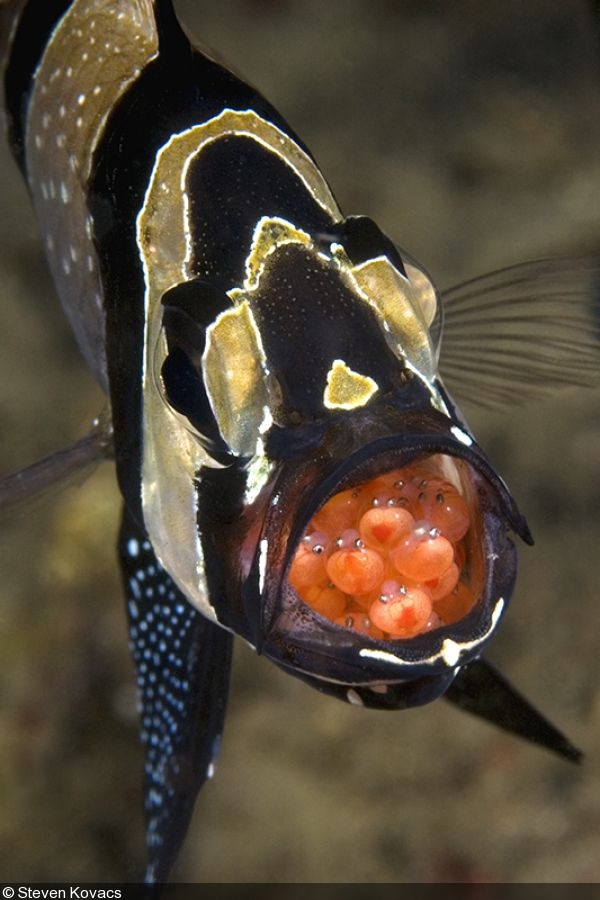 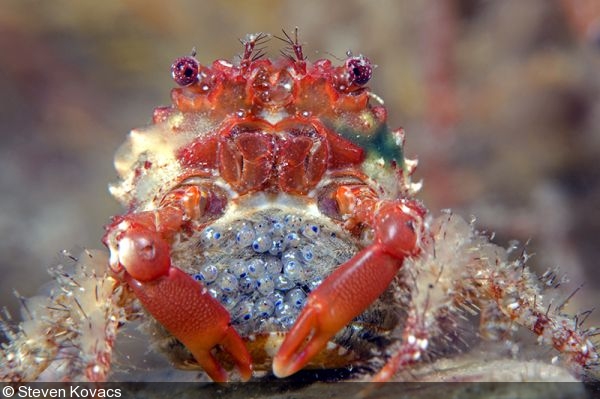 After a while it becomes easier to recognize when an individual has eggs in its mouth (look for distended cheeks). It's also important to find a cooperative subject. Different fish have different personalities and some are more comfortable in the presence of divers than others. It's an exercise in futility trying to photograph a cardinalfish that will only turn its back towards you. Finding one that will face you head on is half the battle. After that it's a matter of waiting for the fish to aerate its eggs before pressing the shutter. Of course, presetting everything again comes into play.

Fish also tend to become more comfortable, the more time you spend with them, since they begin to realize you're not a threat. With mouth brooders, obtaining a stunning picture may take a considerable amount of time and patience. The more time you spend with a subject, the more likely you'll get the shot. If you have the chance to spend a lot of time with an individual then try and experiment to achieve something different. For example, you can try different lighting by using snoots of some type (there are many great articles on the technical aspects of snooting, such as that by Keri Wilk). 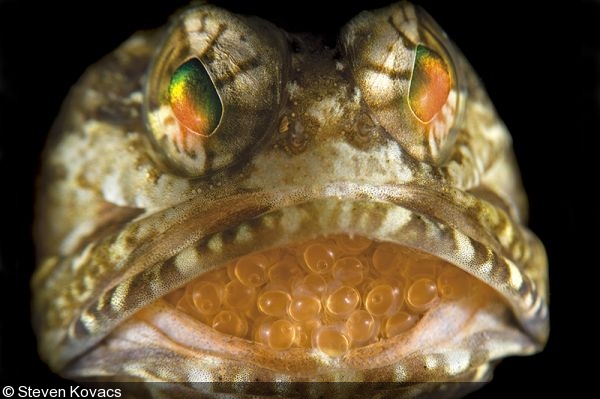 Of course not all behavior images can be planned. Being in the right place at the right time may play a large component. Feeding and fighting are generally unpredictable and may require quick reactions. Some fighting fish such as blennies and dragonets may lock jaws for several minutes, allowing for ample time to adjust settings and experiment. 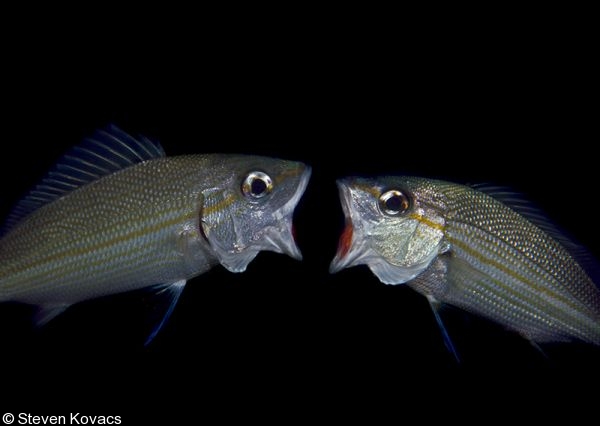 Others, such as certain wrasses and grunts, can face off for only a few seconds, and catching them in action requires fast reflexes. Being in the right place when something happens won't be adequate if you don't recognize that the behavior is taking place in the first place. I can't count the number of times I've observed something amazing while other divers obliviously swam by, even after staring right at the behavior.

Understanding that a behavior is taking place and recognizing the potential are crucial if you want to increase your chances of obtaining that special photograph. Again, a little research and learning about marine behavior can go a long way. 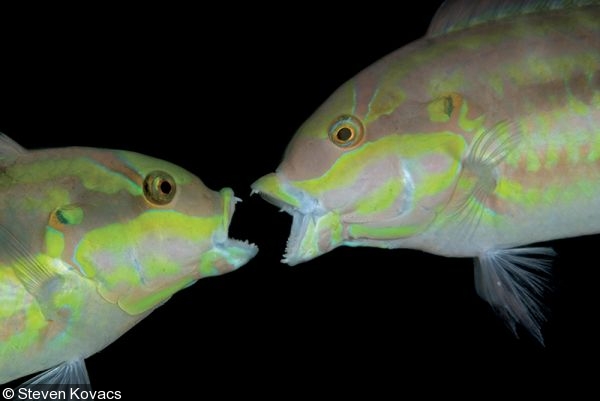 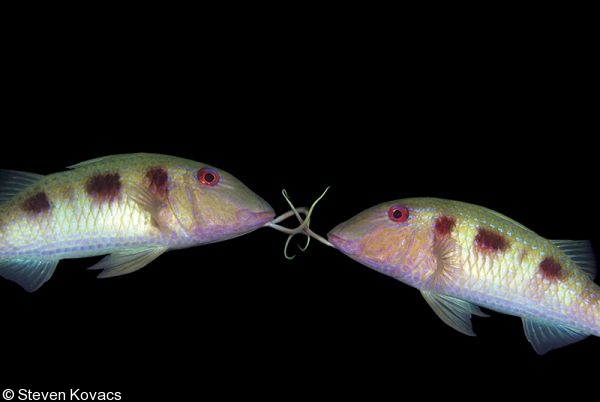 As a final note I'd like to mention that, for macro behavior photography, I prefer a longer focal length such as the 105mm macro lens, since it provides a greater working distance and is thus less likely to spook the subject or alter its behavior. 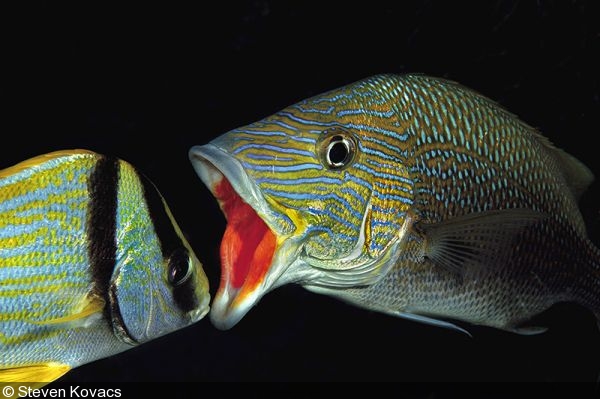