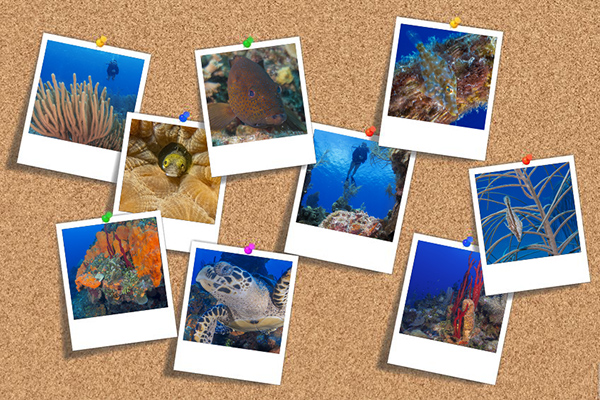 The most serious impediment to creativity in the digital age isn’t lack of inspiration—it’s lack of organization. Nothing kills an artistic impulse faster than the frustration of trying to navigate a chaotic image library. If your images are scattered and/or duplicated across laptops, desktops, drives, and media cards, then you know what I’m talking about—and you’re not alone.

Most digital shooters have too many images and too little time to organize them. As the capacity of media cards increases, so does the number of images we shoot. As our library gets bigger, the task of organizing it becomes more and more daunting. Eventually overwhelmed, we wind up hoarding thousands of (mostly substandard) images because we’ve got no time to sort them out, and we’re afraid of losing something valuable. Our drives fill up, our software slows down, and the circle of strife undermines our ability to get anything done. I feel stressed out just writing about it!

Luckily, breaking the circle requires only a few simple steps, but in order for them to work, you’ve got to commit to sticking with them. Consistency is key!

Keep All of Your Photos in a Main Folder

You can have as many subfolders as you like, but create a single parent folder and put all of your photos inside of it. I keep my “Photo_Library” folder on a dedicated drive along with one other folder that contains my Lightroom catalog (.lrcat) and preview (.lrdata) files. My “Photo_Library” folder holds ALL of my images, organized in subfolders by year, then trip, then by underwater, topside or video.

There are occasions when certain photos may not fit into the year–trip paradigm. It’s fine to leave those outside of a year folder, but keep them in the main “Photo_Library” folder. For instance, I have a folder called “Scans” that doesn’t make sense to organize by year. But it still resides within my top “Photo_Library” folder. 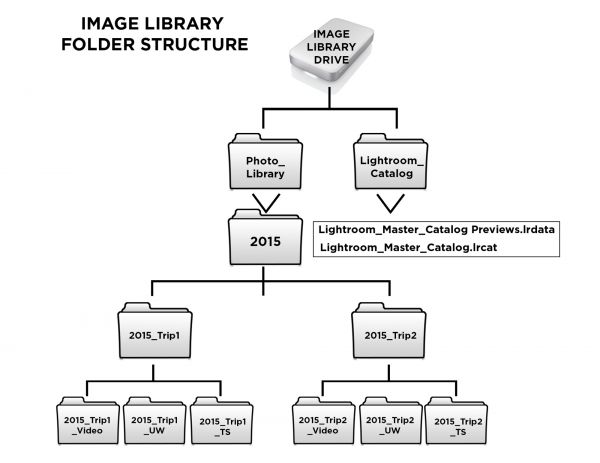 In the diagram above, notice that every subfolder inherits the name of its parent folder, and then gets its own specifics added after that. A trip I took to Bonaire in 2015 has a folder called “2015_Bonaire.” There are no loose images in the “2015_Bonaire” folder, but it houses my underwater (UW), topside (TS) and video subfolders. I name them “2015_Bonaire_UW,” “2015_Bonaire_TS,” and “2015_Bonaire_Video.”

Although lots of people like to build a more granular framework—i.e., subfolders by date—I recommend keeping subfolders to a minimum. In my experience, more subfolders equals more confusion. Fewer subfolders also means less scrolling in Lightroom, where it’s easy to search by all kinds of criteria, date included. 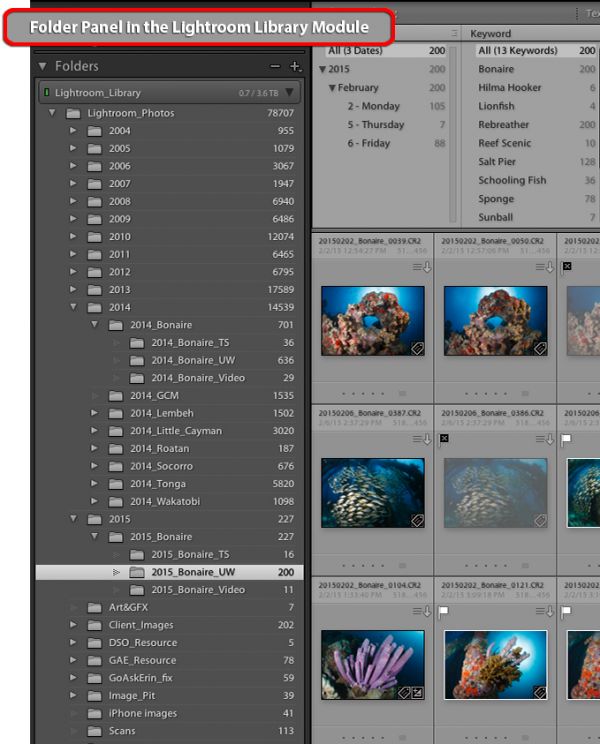 Name each file and folder so they’re one-of-a-kind. It’s a bad idea to have identically named assets (except backups) anywhere on your system, even if they’re in different locations. For instance, you might have a Bonaire folder inside a 2014 folder, and another Bonaire in 2015. Each Bonaire folder could have different images inside, but they look like exactly the same folder. To take it a step further, what if you shot a new camera on each of those trips and used only camera-generated names like IMG_0067.CR2 instead of a more specific naming convention? It would be possible to have duplicate names. That’s a real recipe for disaster, since now you might have multiple photos sharing the same file name, and residing in identically named folders. Confused yet?

Whether you do it at import or later in the process, renaming your files uniquely not only makes the file name mean something to you, it eliminates the possibility of identical file names existing for different images.

The naming convention I use begins with the date, then the trip or event, then a unique identifier like a sequence number at the end. For example, an image from my April trip to Bonaire might be named 20150420_Bonaire_0319. In Lightroom, you can set up a custom naming preset in which the capture date and sequence number are generated automatically, so all you have to add is the name of the trip or event. Once created, you can use it on every import. 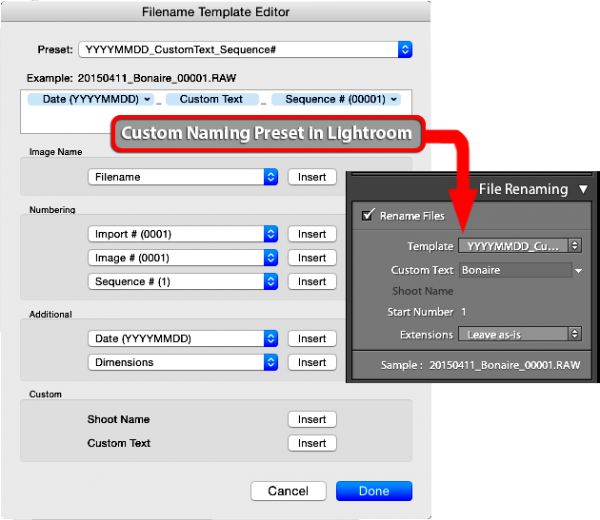 Different versions of a single image should share the same base name and sequence number, with a descriptor at the end, if desired. For example, a black-and-white version of my Bonaire image would be named “20150420_Bonaire_0319_B&W.tif,” and a version for sharing would be “20150420_Bonaire_0319_web.jpg.” That makes it easy to keep all versions of the same image together alphanumerically, unlike a series from the same original named “IMG_0067.CR2”, “Salt Pier edited best-v2.psd” and “Purple Sponge facebook upload.jpg.”

You HAVE to get rid of the chaff in your photo library. Ignore the temptation to race through new imports in search of just the keepers, and instead spend the teensiest extra bit of time right then and there marking and deleting obvious rejects. In Lightroom, simply hitting the “X” key flags an image as rejected. I often delete more than half of my shots on the first pass. Don’t bring your clunkers home with you! 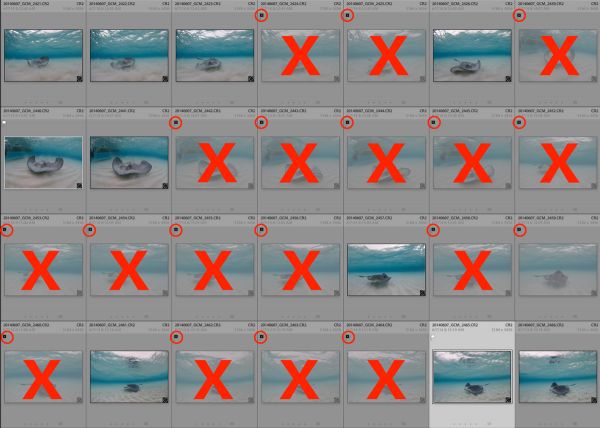 One last thing: A huge mistake that people often make when deleting from Lightroom is to choose Adobe’s default setting of “Remove” instead of “Delete from Disk.” Choosing “Remove” takes the images out of Lightroom’s database, but leaves them on your drive. Now you have a bunch of rejected images taking up space in a folder of keepers. Kill those darlings for good by choosing “Delete from Disk,” which moves rejected images to the Trash.

Herlenis Herlenis wrote:
Super!
You must be logged in to comment.
Support Our Sponsors
Advertise With Us
Newsletter
Travel with us