Underwater photography has many uses. A beautiful photo can convey a message about its subject and can change and inspire its viewer.  As underwater photographers we strive to bring visually stunning photos back to the surface to share and exchange with our diving and non-diving friends alike.

If we’re lucky, our photos get published and can influence a wide audience with a varied demography.  Take renowned underwater photographer Brian Skerry’s recent photography work on harp seals and the global fisheries.  His emotive photos communicate a message that is hard to ignore.

While underwater photography can be used to communicate, it also has a practical application in science. In this article I’m going to give a brief example of how I recently used photography to help estimate the phenotypic variation in a population, and how I then used photography to determine how natural selection was influencing these individuals. 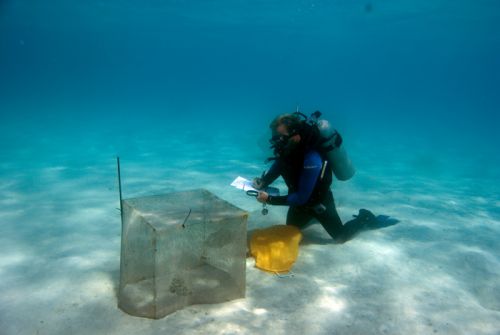 My research species was Pomacentrus amboinensis. Also known as the Ambon damselfish or colloquially as ambos. They’re a beautiful yellow damselfish that has a small dark spot on their dorsal fin as juveniles.

Reef fish have an interesting way of breeding. The adults spawn their eggs/sperm which float out to sea. The eggs fertilize and the larvae are left drifting out in the pelagic waters.  They then drift and swim their way towards a reef. Traditionally this was thought to be a random process but recent work suggests that the larvae follow a variety of sensory cues including sound to locate a habitable reef.  When the larvae find reef they ‘settle’ onto a coral bommie which becomes their new nursery. This settlement process is called the ‘settlement boundary’ and it occurs overnight.

I captured my study individuals as they were in the process of settling. I did this by using a ‘light trap’ (fig 1) which is basically a large Perspex box with a fluorescent tube inside it that the fish are attracted to. They get caught inside the Perspex box overnight and I picked them up around 5.30am the following morning. 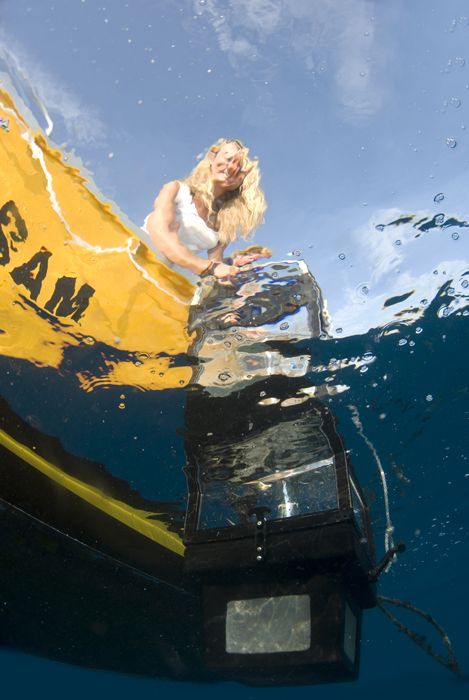 The study was undertaken to determine whether physical (large vs small) phenotypic characteristics were the major cause of selective mortality in juvenile reef fish. Selective mortality refers to predators actively eating (selecting against) individuals of a specific body type (i.e. large) or behavioural type (i.e. aggressive).

So where does the photography come into play?  Once the juvenile reef fish (they’re referred to juveniles after they’ve settled) were collected they were carried back to the lab where they were photographed flat against a grid of 1cm squares.  This grid allows a reference point that I could then calibrate measurement tools for in a post production program called ImageJ.  Here’s an example – Basically I’ve made a measurement of the known distance (1cm) and measured it in pixels. I’ve then set that number of pixels as 1cm. So any subsequent measurements made will be used at this calibration (792 px = 1cm). 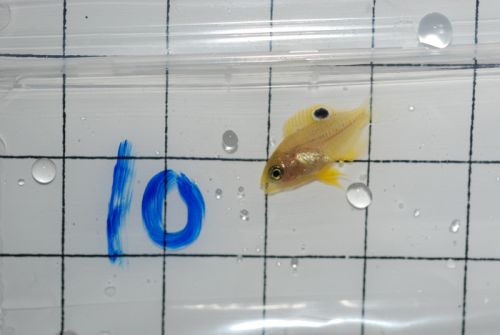 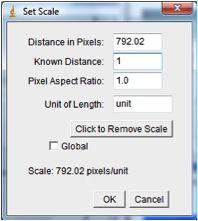 I then made a number of measurements on the fish using this calibration including length, width and fin length. However, I’m also able to make more complex measurements that include body area, muscle area and total fin surface area. From these measurements I can then draw out even more complex measurements including muscle to body area ratios, aspect ratios, total fin area to muscle ratios etc. Basically from a single photograph I can calculate a huge amount of biological data about this particular individual. When this methodology is used on a large number of individuals you can extrapolate the results to a large scale population level. 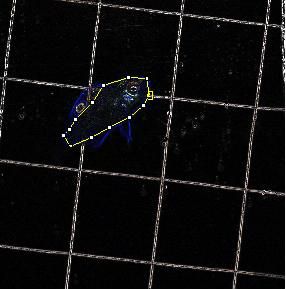 So what to do with this data once its obtained? Well, I wanted to test what variables were the most important for survival.  With most biological data you end up with what’s called a bell shaped curve. For this example we’ll use size. Most individuals are of average height with deviations from this average (i.e. small or large) being increasingly unusual. 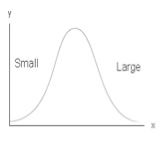 So to test survival I tagged several hundred individuals and put them out onto specific, man made bommies on the reef – these fish are small (11mm long) so the bommies were approximately 15cm wide. These species are great to work with as they don’t move much once settled so they’re easy to find and identify. I left the tagged individuals out overnight and returned the next day to collect the survivors.

Then I compared the surviving individuals to the individuals who were eaten to determine what physical characteristics were most important for survival.

In graph below you can see the surviving individuals are compared against the individuals who were eaten (or nailed as I like to term it). What this graph is showing us is that there were a lot more who died then survived (expected) but that the actually variation between survivors and none-survivors was minimal. This means that predators did not actively try to eat larger or smaller individuals but rather they were pretty happy to eat just about anyone. We can tell that the variation was pretty even from the curved line in the graph. If there was ‘selective moratality’ (where predators preferentially eat large or small individuals) then the curved line would be skewed to one side rather than being quite central. 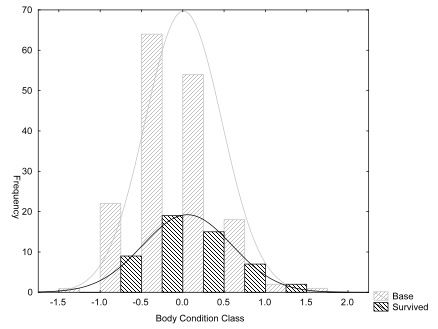 So what’s the take home message from all of this?  Basically that photography is a useful scientific tool that can enable us to probe and delve into some pretty interesting biological variables. In this case, photography helped to show us that mortality shortly after settlement is quite random and non-selective (at least for the variables we sampled). 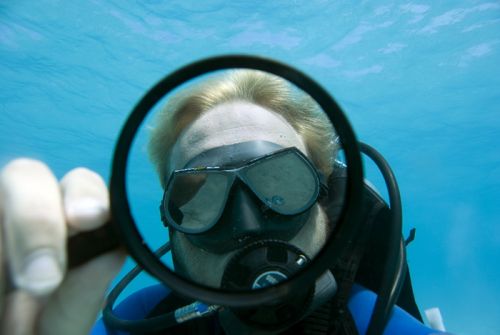