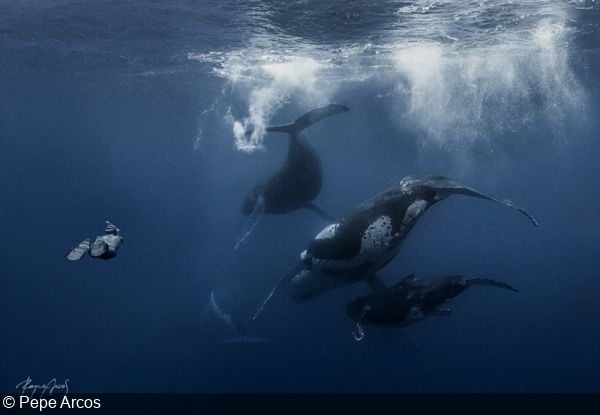 Originality is very hard to come by. There are great pictures being taken all over the world every day, and we try and feature a lot of them here on DPG, but for an editor, these images start to blend together. That's why it is wonderful to come across the work of Pepe Arcos—professional photographer, videographer, and freediver. Yes, that is right, most of his images are shot while he is holding his breath!

There are no bonus points for difficulty in videography, it is a results driven business all about the end product. Pepe doesn't use freediving to make his job harder, he does it to give us a whole new perspective on how to see the ocean. From whales to BMW's, Pepe has been involved with projects that cover the entire range of this business. So, I hope you are ready for something different. I'm very pleased to introduce my good friend, great guy, and a true artist—Pepe Arcos!

Show reel: A compilation of Pepe’s different projects filmed around the world

Photography came first, since I was young, and then I started doing my own videos with a Canon EOS 5D Mark II on land with friends, but my real interest in underwater work came with freediving. I was a competitive freediver at that time and felt I really wanted to capture our world. After beginning with a GoPro, I decided to invest in my first camera housing to bring my big DSLR underwater. My motivation was to capture the freediving experience by freediving myself with the camera, and this is how my journey into underwater videography and filmmaking started—in Dahab on the Red Sea.

I can tell you another story about probably one of the hardest shoots I have ever done. We were in the Philippines shooting an episode for the TV series Apneia and decided to shoot a swim-through crossing a diving site called “Cathedral” in Pescador Island. The swim-through forced us to freedive down to 105 feet and cross a wide rock formation. I thought: Yeah, no problem, I’m a deep diver and can do it easily with the camera. Well, as it turned out, I had to repeat that dive at least six times to change the camera point of view and create the scene. Every dive down there was hard, having to carry the camera and with the stress of stabilization plus trying to keep my subject in the frame. I couldn’t relax for a moment or even do a proper breath-up before my dives—let’s just say that every single dive was a fight! After my whole superhero performance, the director decided not to use those scenes in the final edit of the episode, and that footage was never used for anything. Productions are like that, sometimes. Anyway, the dive itself was amazing. Doing so many dives that day left me completely exhausted, but it was also a learning experience and I understood a little more about my capacity for filming while freediving.

“Freediving the Magical Depths of Siladen”: A dreamed journey into Bunaken Marine Park on breathhold

This is an impossible question for me to answer! I have truly enjoyed every single location that I’ve shot. If I had to choose, I would say there’s a strong emotional connection to the Red Sea due to the clarity of the water and the amazing life, and the Mexican cenotes still occupy a magical place in my heart. Right now, I am dreaming about the Pacific: French Polynesia and Fiji. And, of course, as I live in Bali, Indonesia is an endless source of underwater awesomeness wherever you go. You see, I can’t just pick one!

I have been loyal to Canon for many years, even though my first camera was a Nikon FM10. From the Canon EOS 5D Mark II, I moved to the Mark III, and I’m now currently using the Mark IV, which still blows my mind for both video and stills. My glass go-to is the Canon 16–35mm f/2.8, a trusted all-terrain lens for all my wide-angle needs. I use housings by Nauticam, another brand that I am completely loyal to. They have proven to be resistant to heavy use on demanding trips with long hours of filming, and very easy to use, even with a stressful battery change while in the middle of a shoot on any surface available. Amazingly, it always works! I shoot mostly in natural light but I recently added two Scubalamp V6 video lights—which are 12,000 lumens each, giving me a powerful 24,000 lumens to film in all conditions. Saying all this, I just got myself the new Fujifilm XT-3 for land shoots, and I am so impressed with this camera that I am considering giving it a try underwater—for video, it is just mind-blowing.

“The Nymphs”: A clip part of an art exhibition about underwater fashion featuring the work of a team of models, designers and stylists

First, when Canal Off (Globo Brazil) hired me to film and co-direct a full TV show around the world called Apneia (Season 1: eight 25-minute episodes), which gave me the opportunity to film like crazy, both on land and underwater, learn as fast as I could (from mistakes mostly), and see our work screened across the whole of Brazil on a mainstream TV channel. Truly exciting times! Second, when I got the chance to be the underwater freediving camera specialist for the new BMW M4 TV commercial for China and see how big this advert became thanks to add our underwater part. Some people were convinced that the whale shark segment with a freediver was CGI—it wasn’t! I even saw it featured at Beijing Airport; that was just a blast for me.

When it comes to wildlife, yes, several times, unfortunately. For example, one day I had to make a hard choice. We were on a liveaboard exploring an area known for encounters with hammerheads. My main goal was to capture them together with my model, with both of us freediving. One option was joining the rest of our team on scuba and having more chances of an encounter, but without the possibility of including my model. I decided to try the alternative, taking a risk and trying to shoot the model whilst freediving. We dropped a line on the supposed spot at 130 feet and did several dives, but we saw nothing but deep blue. Meanwhile, our scuba team spent dive after dive capturing literally walls of sharks. That was a decision I regretted just a little… 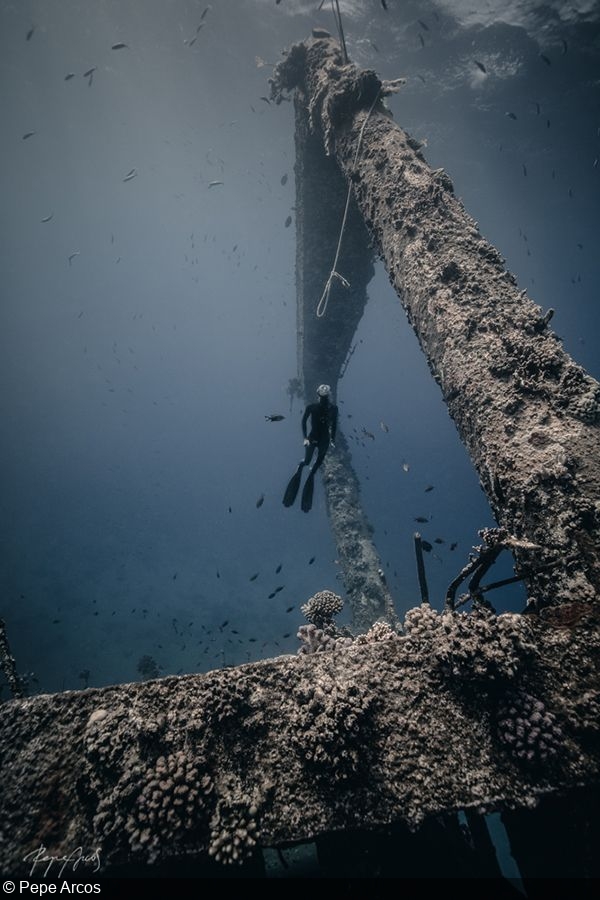 Freediving shipwrecks: A shot from the Red Sea episode for the Apneia TV series on Brazil’s Canal Off featuring Flavia Eberhard

DPG: How do you balance shooting both stills and videos?

For me photography is everything as I shoot fashion photography for a living. We are talking about two completely different worlds. When it comes to video, production is essential: The work feels harder and everyone has to follow a specific plan to capture the desired footage and build the story. Photography is different way of looking: My movements underwater are different, and I take my time to find those special moments. Of course, the gear setup is different, as you use strobes for photography, and you don’t need to be as stable as for video, where I use float arms and two big, heavy continuous lights. Also, if you are shooting while freediving, video is way harder and more physically demanding.

Don’t just think about what is cool to shoot, but focus on storytelling. Watching a lot of cinema is essential—I’m a total movie addict. Follow directors of photography and learn about composition, lighting, and the language of cinematography. With all the social media hype, there’s this big pressure to create fast, following what we think is trendy. I would suggest aspiring videographers spend time working on developing their own style, rather than doing what is fashionable and copying what others have already done.

“Fôlego”: The pilot episode for the Apneia TV series on Brazil’s Canal Off featuring Flavia Eberhard

Oh yes! I feel like I am still a beginner. There is so much to learn from the cinema industry. Every time I watch a movie, I think about the director of photography making creative decisions, preparing lighting sets and choosing unique locations to create those magical moments. One day, I would like to achieve that level of sorcery! I’m considering stepping up my game and finally using dive gear to gradually get into underwater cinema cameras, so I might take a course or two on technical diving. If I were dreaming big, I would love to be an underwater version of what Roger Deakins is to the movie industry! 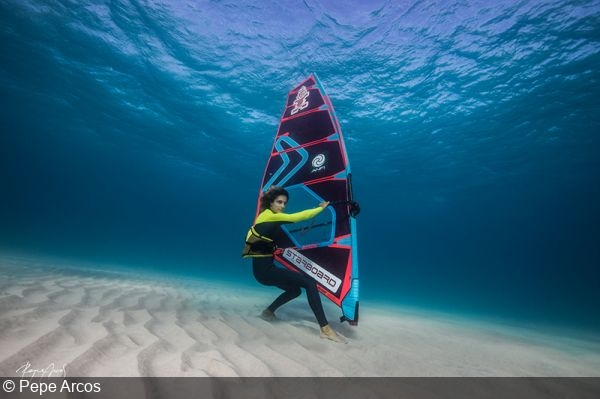 See more of Pepe’s films and photos on his website, www.pepearcos.com, or follow him on Instagram. Pepe’s work has also been featured on DPG Photographer of the Week.