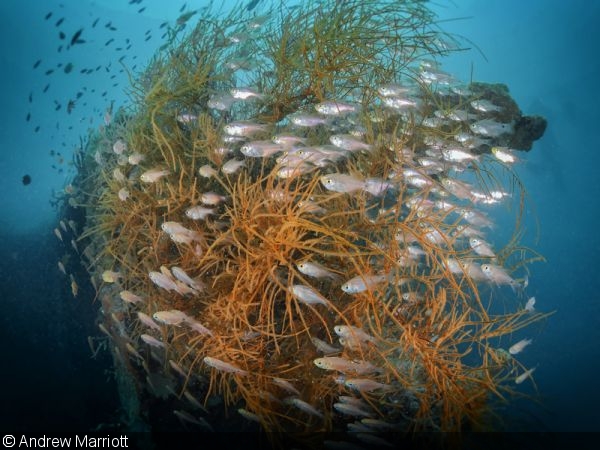 As divers, we are inundated with images of amazing blue water, sprawling coral reefs, and even entire blue whales. The truth for most of us, though, is much more, uh, interesting. I learned to dive off the beach in the Orange County area, near Los Angeles. Let’s just say the visibility in Shaw’s Cove was nothing like what I saw in the pictures in dive magazines. Blue whales? Hell, I would have been lucky to just see one fluke!

Surge, sand, green water, and heavy wetsuits are the reality for a considerable number of active divers. We all love the pristine shots from Palau, but for many of us, the best we can hope for is the local quarry. This may sound terrible to a lot of divers, but as a photographer, it was probably the best thing that ever happened to me. Learning to shoot a film camera in challenging conditions is akin to boot camp for new shooters.

As I grew as a diver, my interests expanded to shipwrecks—again not a place known for gin-clear waters. My early experiences in shore diving, combined with my love of getting rusty, has taught me some easy lessons that will, hopefully, help some of you with getting better shots in the conditions you’ve got. This article is the first of an ongoing series that will focus on ways to improve your photography in the less-than-ideal water clarity that so many of us encounter regularly. 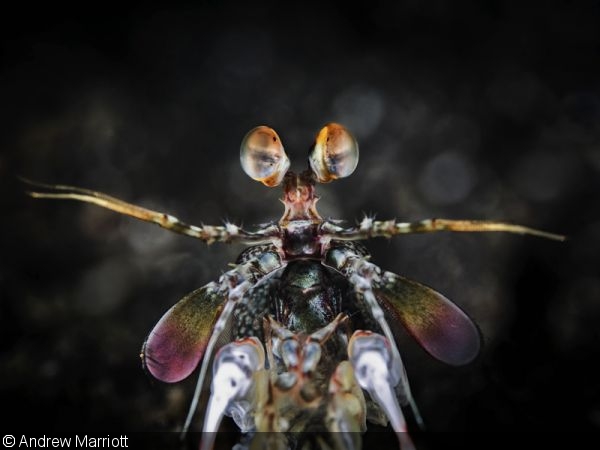 Shooting macro is the easiest way to get meaningful images in bad conditions, but it is not the only way

This first bit of advice may seem like a total no-brainer, but give me a moment to explain. If you can’t see far, shoot things that are close. Wow, thanks for that insightful nugget, Einstein! The point is: You need to minimize the amount of murky water between your subject and your port. The basic math is less water equals cleaner shots.

Macro photographers know all this, and they’re happiest hunting for the weirdest critters in muddy water. However, the rest of us can learn something here. You need to change the expectations you have for the conditions you are given. What do I mean by this?

Let’s look at a couple of examples. First, assume you are diving in a pond or quarry. No pygmy seahorses here, only a rusty old bus and that sounds like wide-angle. In these conditions, trying to shoot the entire thing in a single shot is going to suck—don’t even bother. However, how about those frog eggs you almost stepped on earlier? Or those bizarre bugs that nobody has ever shared pictures of? Now we’re talking!

I use this same approach when shooting shipwrecks. If I know the viz is only going to be two feet, I will sometimes bring a camera rigged for macro. Who shoots macro on wrecks?! I do, and the results can be far superior to trying to get a shot on the deck that will only end up looking like some green-tinted nightmare blizzard on Mt. Everest.

Close-focus wide angle (CFWA) is a trendy topic. You can easily impress your friends at a party just by saying it. For those of us who aren’t up on all the lingo, basically all this means is just get damn close to a subject while using a wide-angle lens. In these types of pictures, you’re not going for a big panoramic shot. Instead, you are getting up-close and personal with something that is of interest to your viewer. Sounds a lot like macro, but unlike macro, you won’t be trying to capture tiny detail.

If the number one rule of Crap Viz Photography—I’m officially christening this CVP—is to reduce the amount of water between subject and port, then CFWA is perfect. Just like macro, the main thing you need is an exciting subject. Once you find that, get nice and close and shoot away! There are super-wide lenses that have a minimum focus distance of only a couple of inches, which has dramatically expanded the possibilities of what you can do with this type of photography.

I use this technique on the vast majority of my wreck shots, and it is something you can easily do, too. On shipwrecks, I look for a recognizable object. It might be a gas mask, bullets, propeller, and engine block. For those who aren’t into nearly blind penetrations into old collapsing hunks of metal, you can look for colorful objects or something that the viewer will instantly recognize. In the pond example for macro, you shot the tadpoles, but with CFWA you might want to shoot the lily pad or the steering wheel on that old bus. 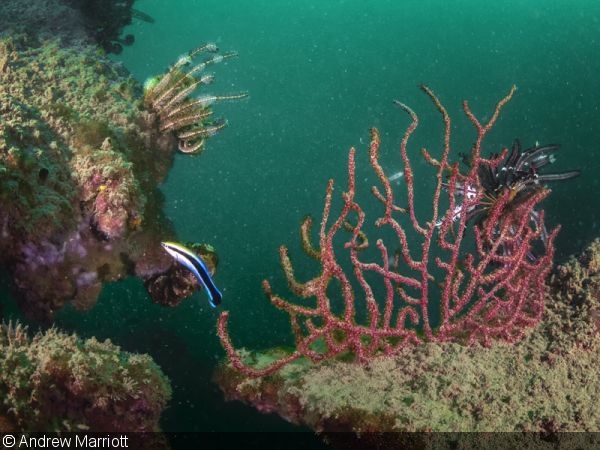 A little reef scene on the Oryuko Maru: Visibility was less than three feet in this shot

Hopefully, this inspires some of you to think twice about what makes a good photo dive. We don’t all have the chance to dive Raja Ampat every weekend, but that doesn’t mean you can’t go out and get some kick-ass pics in your muddy local pond. Check back next week for Part II of this series. I’ll be exploring the wonders of shooting trash and how to make it rock with some easy manual camera controls and a little work on lighting.

Andrew is a diver, photographer, writer, and trophy husband. Oh, he is also the Editor of DPG! You can find him on all the usual social media stuff if you feel like harassing him.