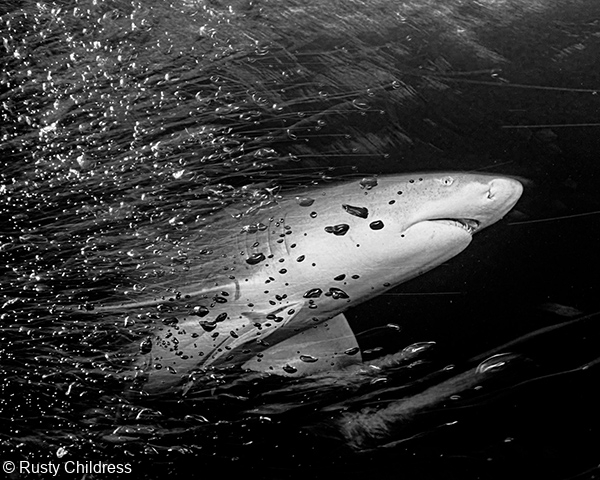 A dynamic shot of a lemon shark, Bahamas

Rusty Childress began his career as a photojournalist in 1978, but spent the next three decades years working in the automotive industry while continuing to take pictures along the way. He learned much of what he knows about photography by trial and error, and in 2007 decided to escape the corporate world for good and launched The Main Event Imaging LLC, an outdoor event and photography business specializing in motorsports and concert photography. As the years passed by, natural history photography became his main focus, and he now predominantly shoots wildlife both above and below the surface. He spends most of his time scuba diving, riding ATVs or in the air in search of adventure. After discovering his work, we simply had to get in touch and include his portfolio in our regular Photographer of the Week feature.

Looking at his underwater images, it is immediately obvious that Rusty is an experienced photographer who has a good understanding of lighting and composition. He particularly enjoys shooting with black and white conversion in mind, and knows what images work best in monochrome for maximum effect. He has also traveled extensively and nearly every image on display is captured in a different location and of a special subject. His selection includes a mixture of reefscapes, big animals and macro critters, and having myself visited many of the destinations Rusty has covered, I especially appreciate the quality of some of the shots and the encounters. My personal favorites are the whale shark silhouette, which works perfectly in black and white; the humpback whale, with its huge mouth open; and the close-up shot of the hawksbill turtle’s eye, a relatively common subject captured from a unique and unusual perspective.

Besides his underwater images, it is also well worth visiting Rusty’s website to look at his other work, which includes aerial, night and portrait photography of an equally high standard. He is truly an all rounder and it’s great to see a photographer who always carries a camera with him wherever he goes. In fact, he has inspired me to take my DSLR out of its housing more often and capture more landscape shots and terrestrial animals to feature in my own portfolio.

In his own words, Rusty would like his images to leave people touched, moved and inspired in a way that empowers them to take ownership and provide stewardship of the natural world. What better reason to dive and take underwater images is there than that? 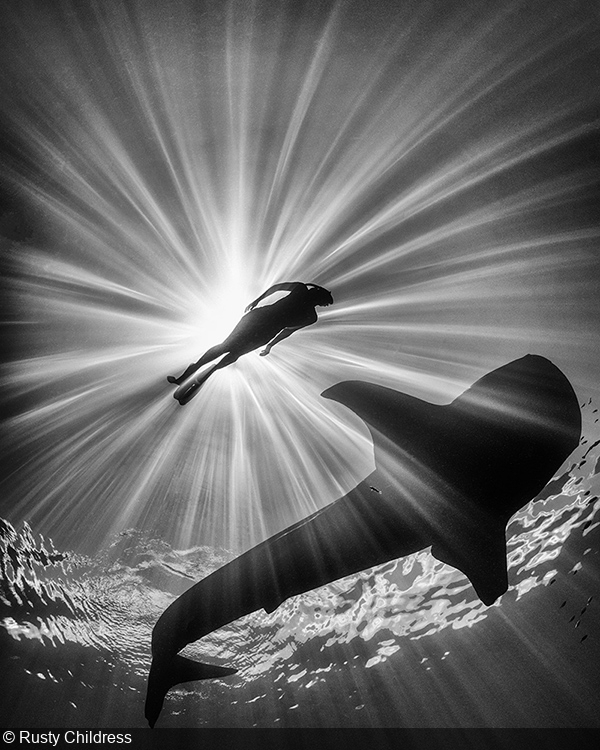 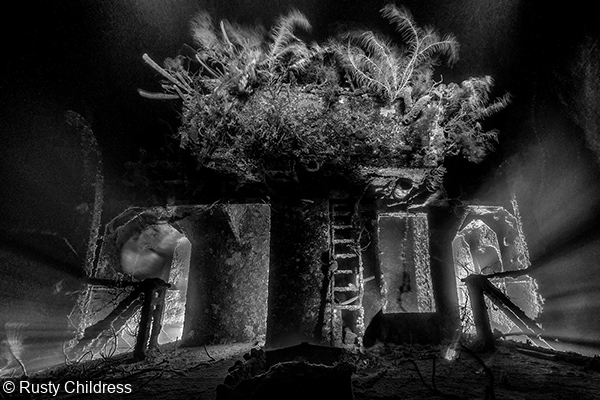 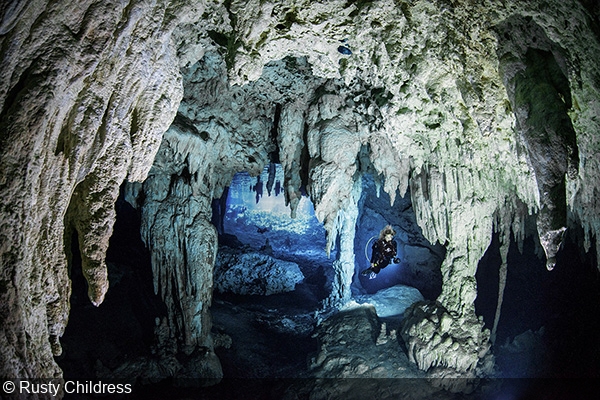 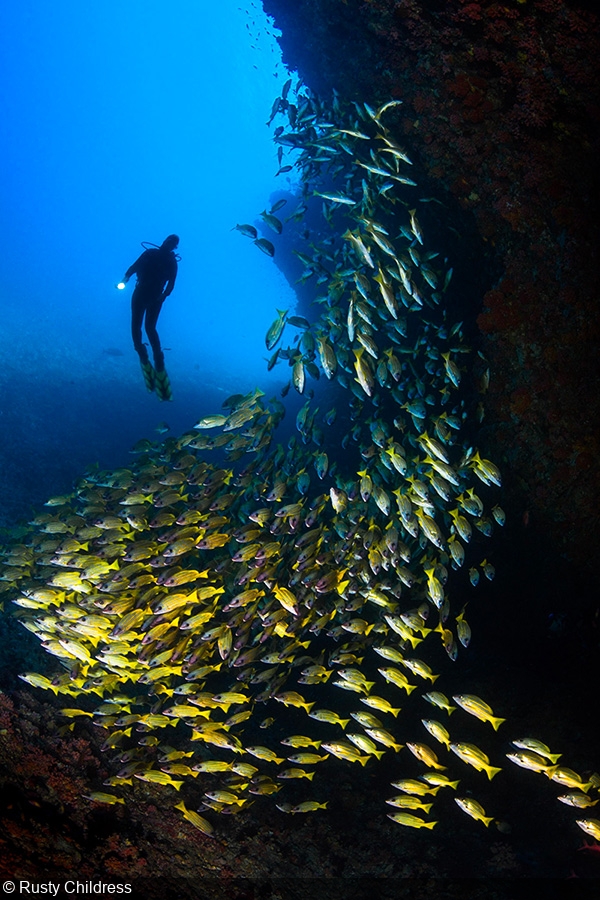 A diver disturbs a school of fish on a deep dive, Maldives 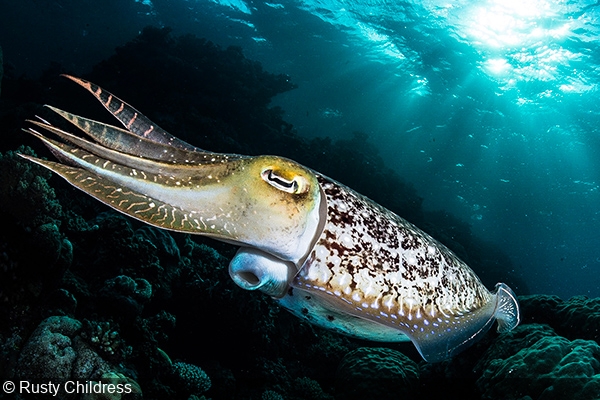 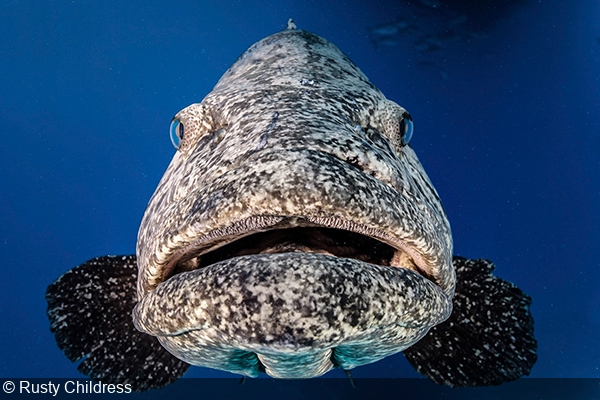 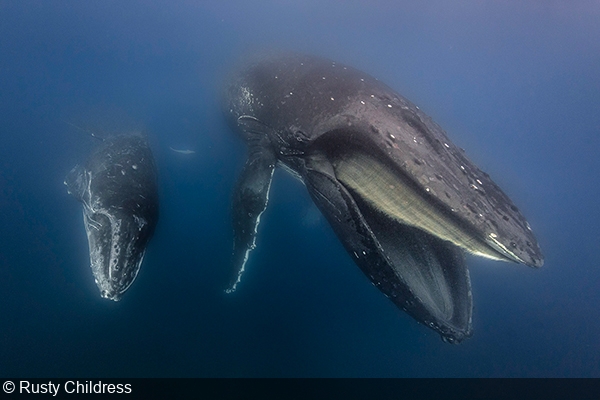 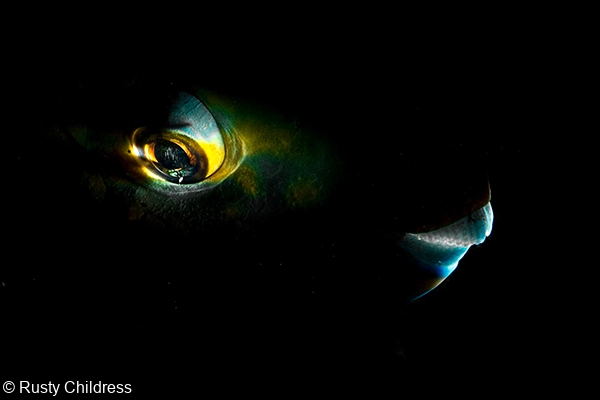 Creative lighting brings out the eye and beak of a parrotfish, Indonesia 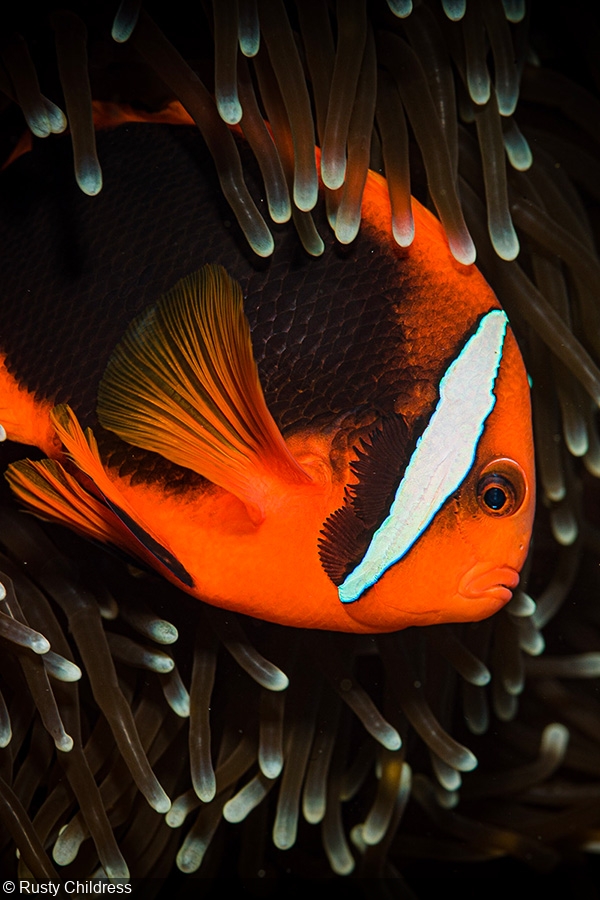 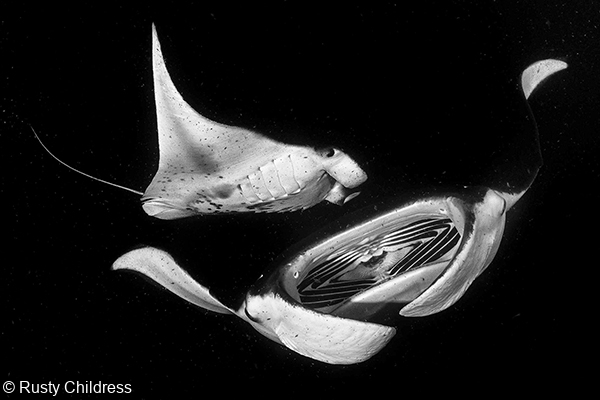 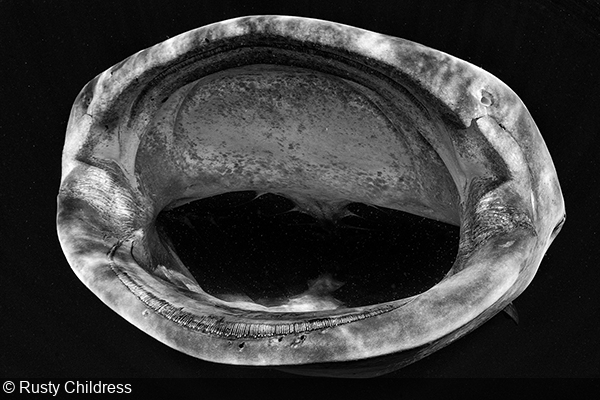 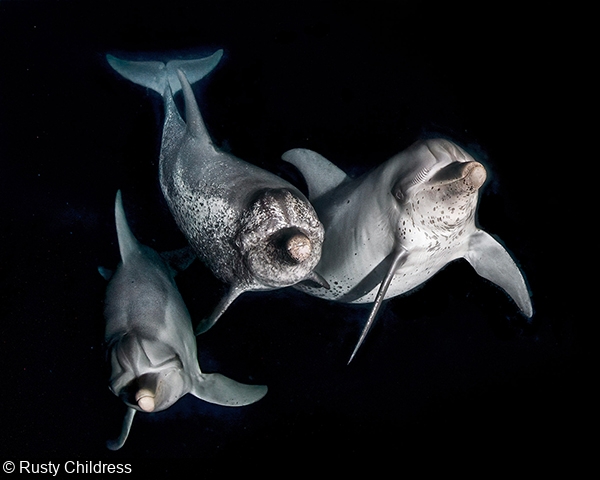 Dolphins on a night dive, Bahamas 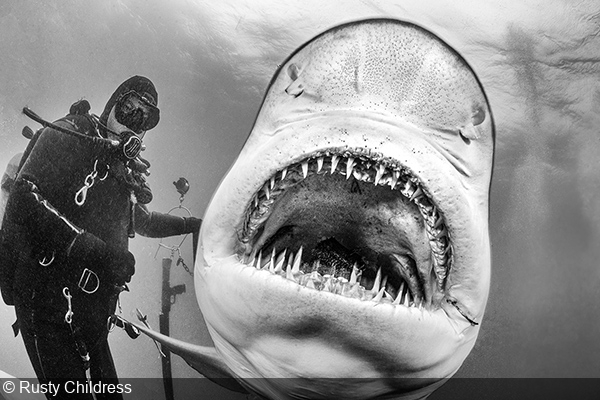 A lemon shark shows off its dental work, Jupiter, Florida 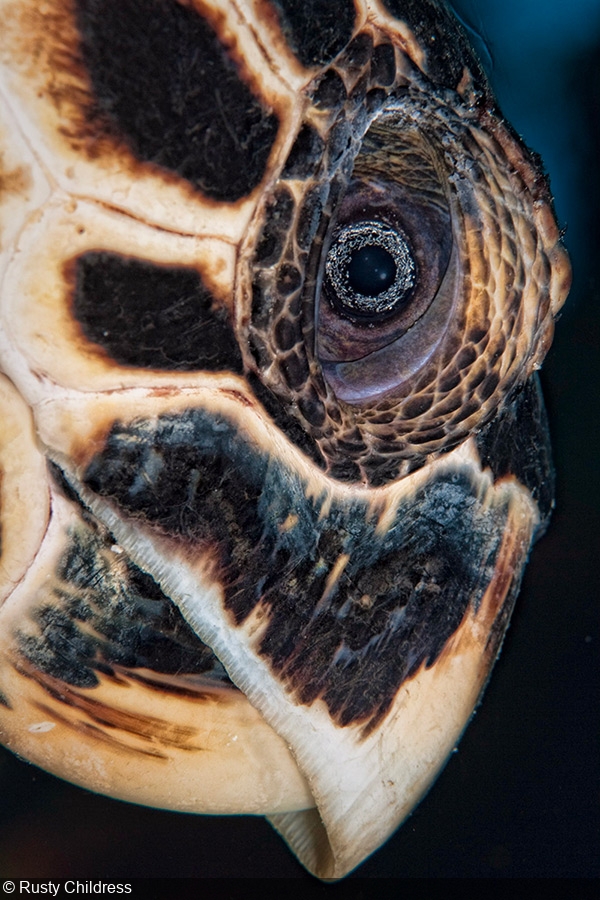 A hawksbill turtle gets a close-up, Cayman Islands 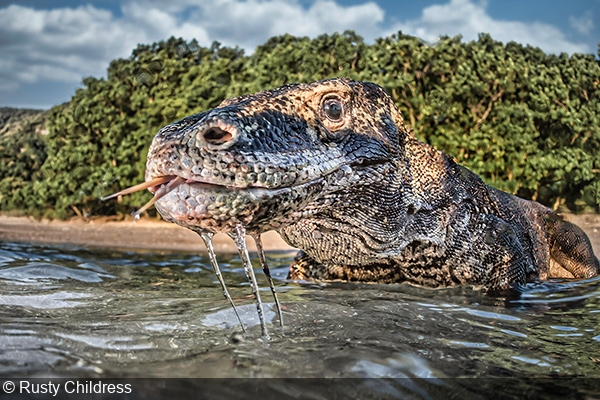 Amira Jebali wrote:
wow, a work of madness, these images are magnificent not to mention the shots. These creatures are fascinating and frightening at the same time.

Henry Melvin wrote:
Thank you for these beautiful under water photography.

Aylin Jones wrote:
It is new information for me

Emily james wrote:
This all Fishes are good

Kim Sutter wrote:
I love This pics keep it up

Sarah Brown wrote:
Save Fishes Because it is less

nella woodby wrote:
Heard first time about the parrot fish , Can you tell me what's the specialty of this fish.

rianne monroe wrote:
Loved this tomato clown fish very much...
You must be logged in to comment.
Support Our Sponsors
Advertise With Us
Newsletter
Travel with us