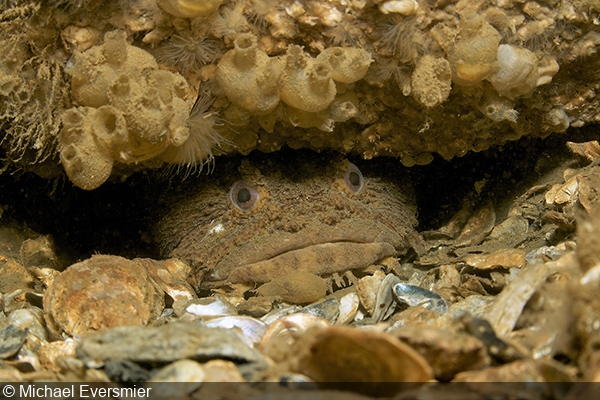 Toadfish (Opsanus tau) on oyster reef in the Chesapeake Bay

When you’re raised on a steady TV diet of The Undersea World of Jacques Cousteau—with the famous French filmmaker exploring far-flung coral reefs, meeting sharks and marine iguanas, and diving blue holes and shipwrecks—it’s hard not to fall in love with the sea. But grow up next to the biggest estuary in the United States as well, and the seduction is complete. That, of course, is how our latest Photographer of the Week, Michael Eversmier, began his eventful journey from wide-eyed snorkeler to photo pro.

Having learned to scuba dive at 16, the young Michael started working in the same local dive shop where he was certified, and before long he had earned his divemaster and instructor certifications. In parallel, at age 19, he would begin taking his first images underwater with a modest watertight pocket camera called a Minolta Weathermatic, before eventually investing in a Nikonos IV-A—an evolved version of the amphibious underwater 35mm film camera conceived by Cousteau. As Michael puts it, he was living his dream.

Fast-forward four decades to the present and Michael has enjoyed a long career as both a diver and underwater shooter—as well as keeping up with advancements in photography with his trusty Canon DSLRs and Ikelite housings and strobes. Interestingly, while he has traveled the globe much as his boyhood idol did, Michael’s dedication to his local critters hasn’t waned, and he has worked extensively with government agencies and environmental groups to raise awareness about the state of the Chesapeake Bay and the reefs off the Maryland coast.

It’s wonderful to see some of these less-celebrated fish, crustaceans and invertebrates among the collection of images presented here—and equally fascinating to have the opportunity to appreciate the difficulties of taking compelling pictures in the chilly, murky, low-visibility conditions in which Michael regularly finds himself. It’s also a reminder that in these uncertain times when diving in exotic locations is less than straightforward, there’s much of interest—and much to challenge us photographically—in our own backyard waters. 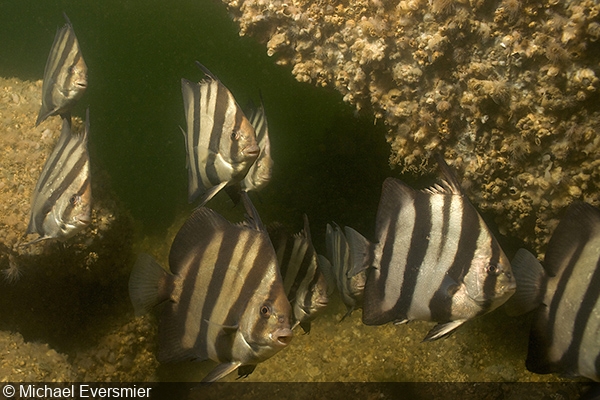 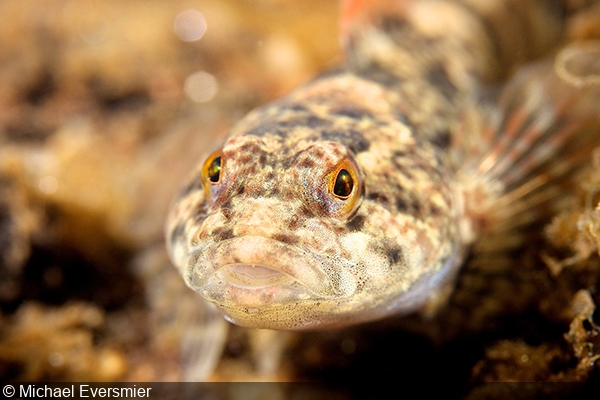 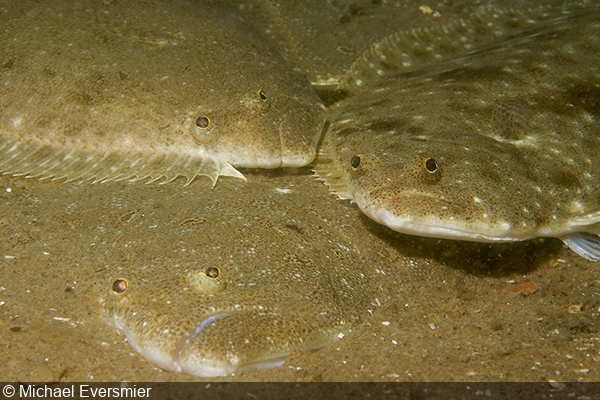 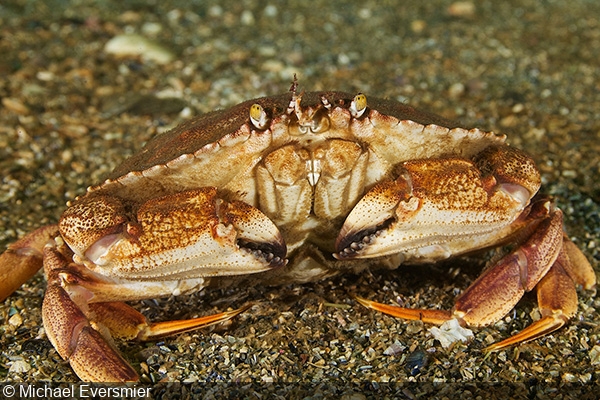 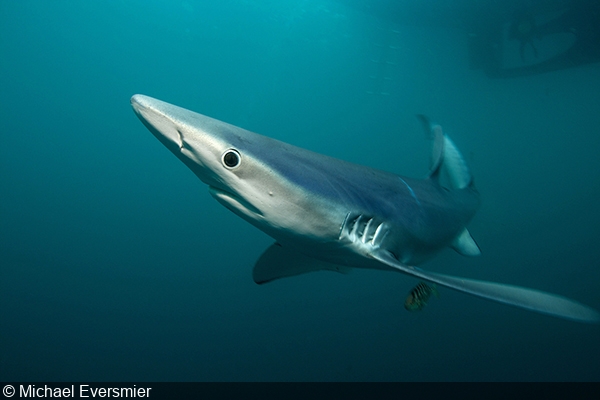 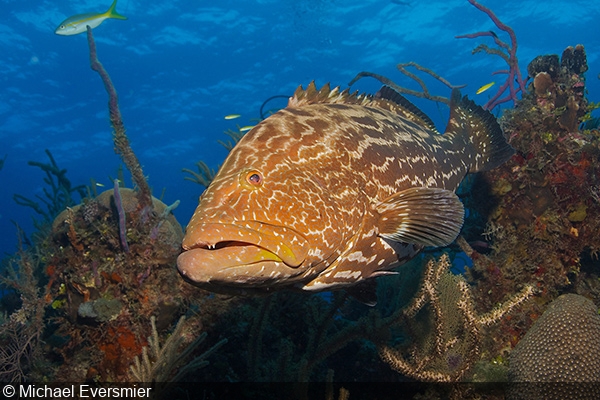 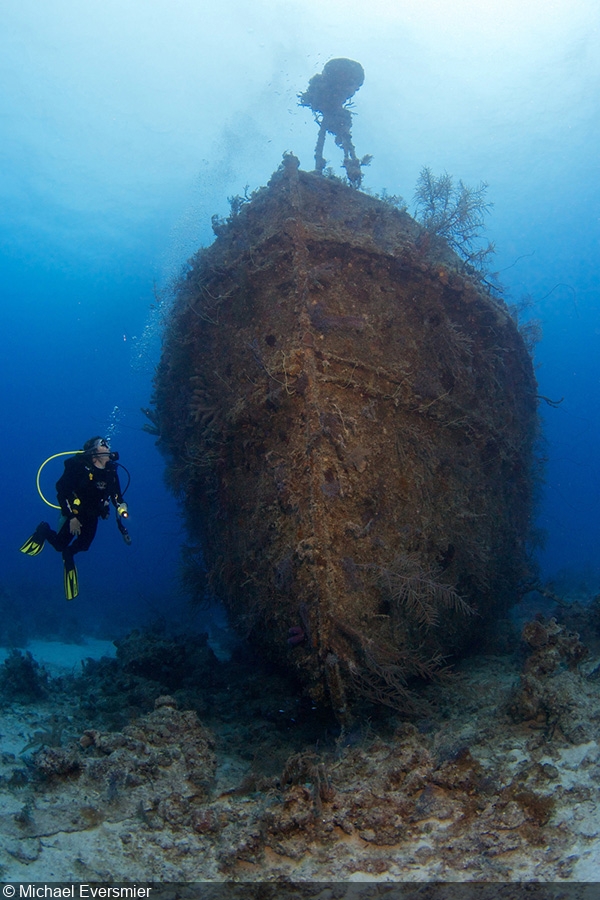 Wreck of the freighter, Comberbach, Long Island, The Bahamas 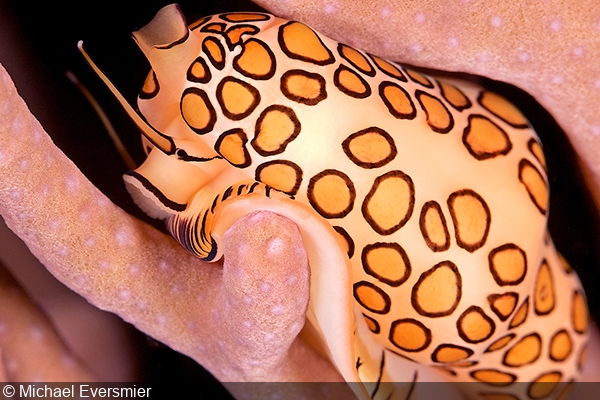 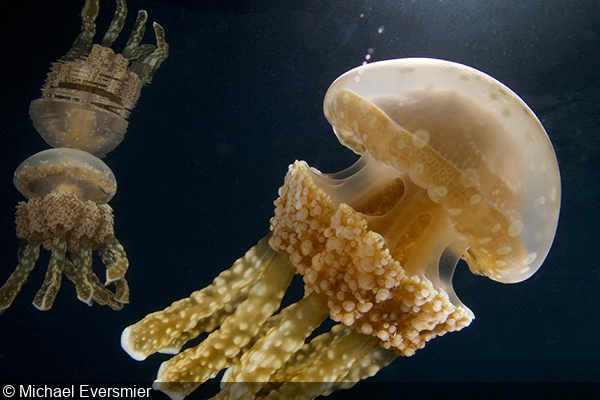 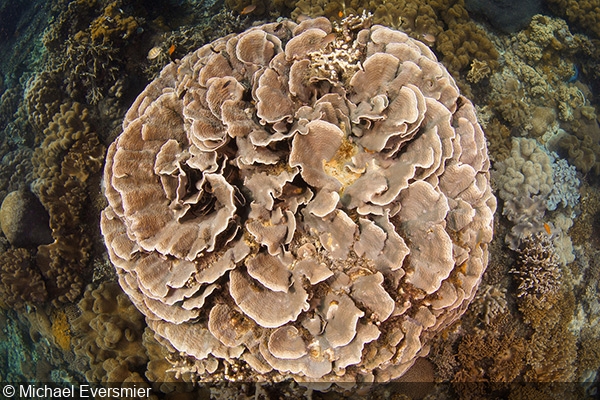 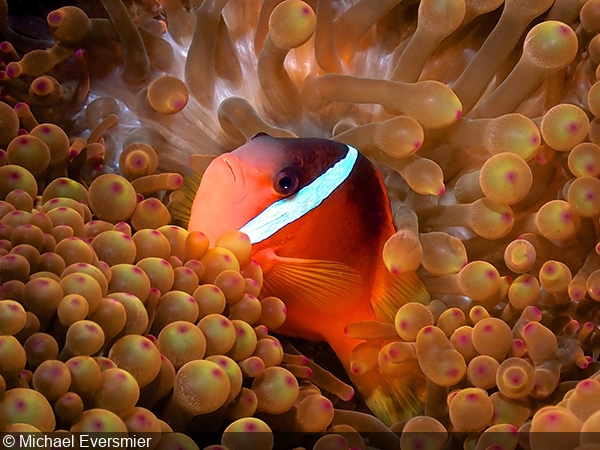 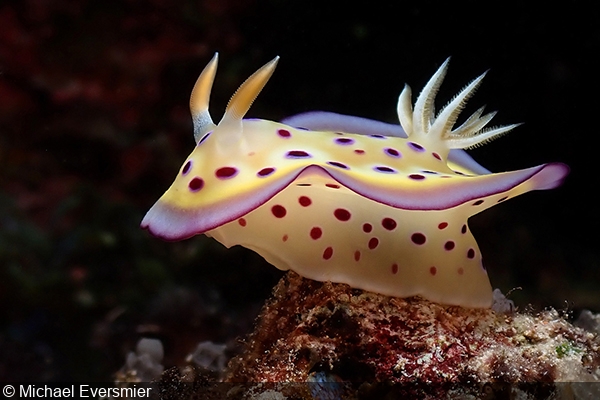 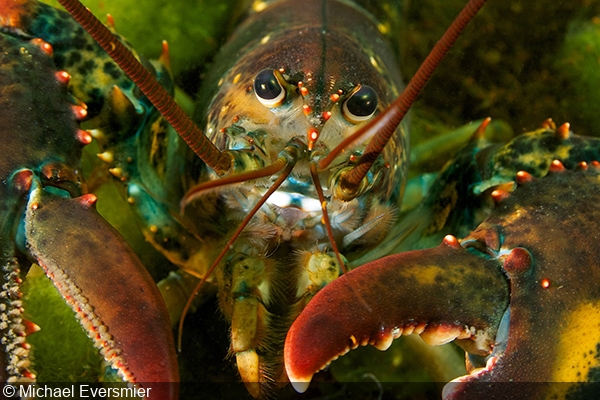 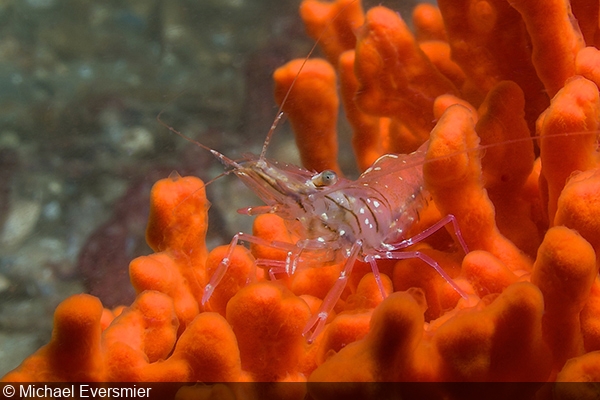 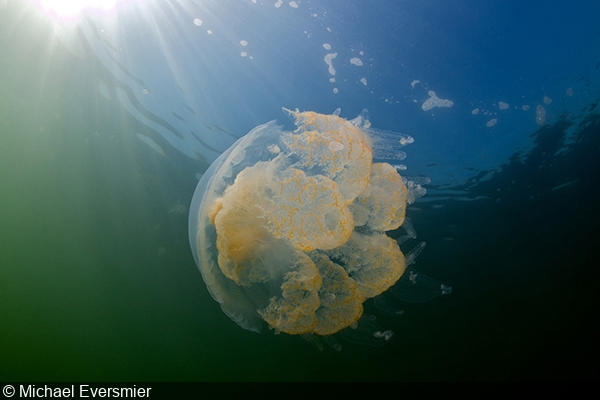 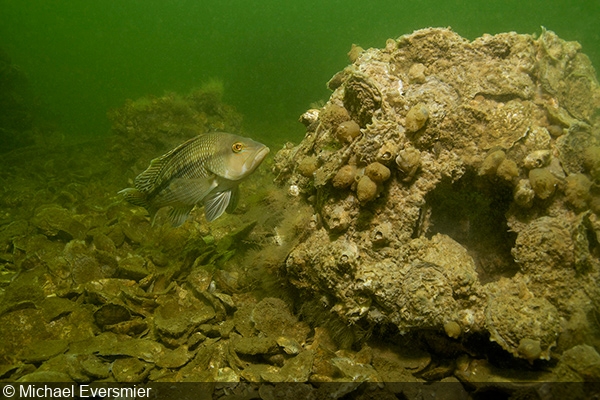 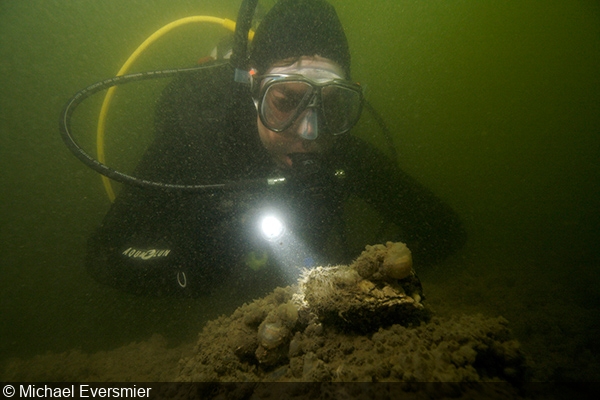 A biologist inspects oysters on the reef in the Chesapeake Bay: A good representation of what diving here is like—murky with between two and five feet visibility 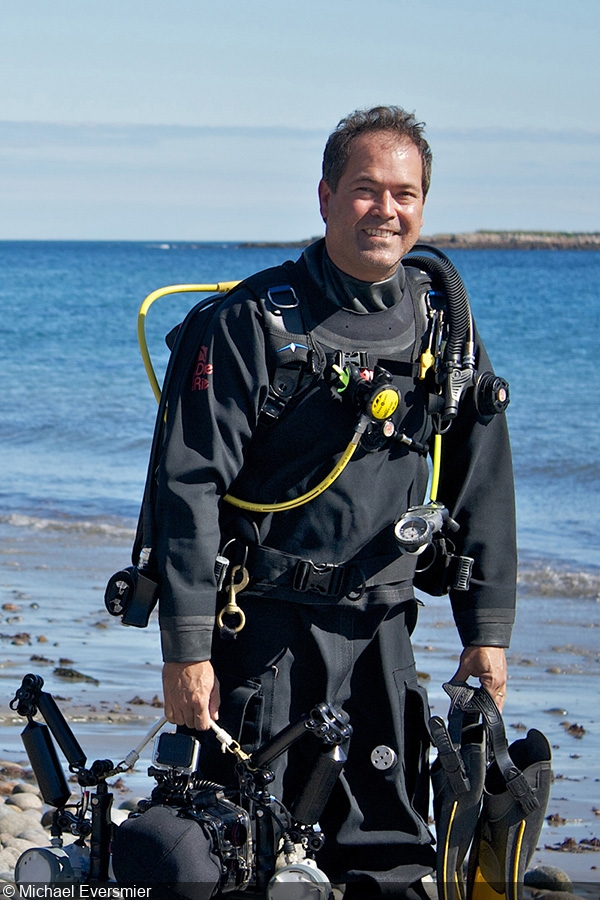 Michael, ready for another chilly dip

For more of Michael’s wonderful images, visit his website, www.michaeleversmier.com, and check out his Facebook page to keep track of his exploits.