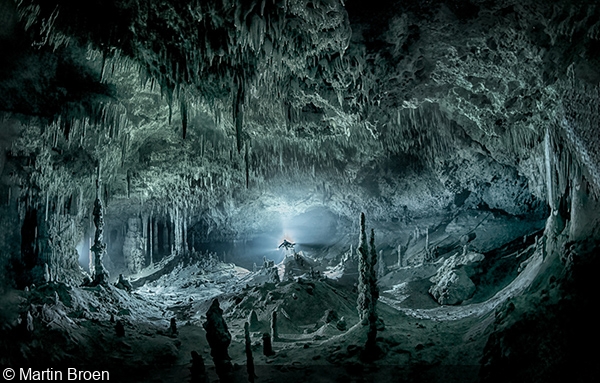 The so-called Riviera Maya in the eastern portion of Mexico’s Yucatán Peninsula is the home of the planet’s biggest underground cave systems, accessed via a couple of dozen entry points known as cenotes. Leaving the jungle behind and plunging into gin-clear fresh water, underwater photographers who venture here are rewarded with vast, cathedral-like chambers adorned with mind-blowing formations that wouldn’t be out of place in a sci-fi fantasy novel.

It was these breathtaking scenes that inspired our latest Photographer of the Week, Martin Broen, to progress from diver to shooter, beginning a journey of technique refinement and experimentation that has led to the creation of an enviable portfolio capturing Yucatán’s most impressive cenotes in all their glory. An industrial designer and innovation expert based in Buenos Aires, Argentina, Martin says the science and history in these underwater cave systems is what makes them so exciting to photograph.

While Martin is equally at home getting close to his subjects, whether it’s an ancient human skull lying in a cenote or a frogfish brandishing its lure in the Lembeh Strait, it’s his wide-angle talents and lighting skills that are both very much on display in this collection of photos. And although we’ve included only a small sample of his exceptional work from Mexico, we’re certain that Martin’s images will inspire many of you to go exploring in Yucatán’s stunning subterranean caverns. 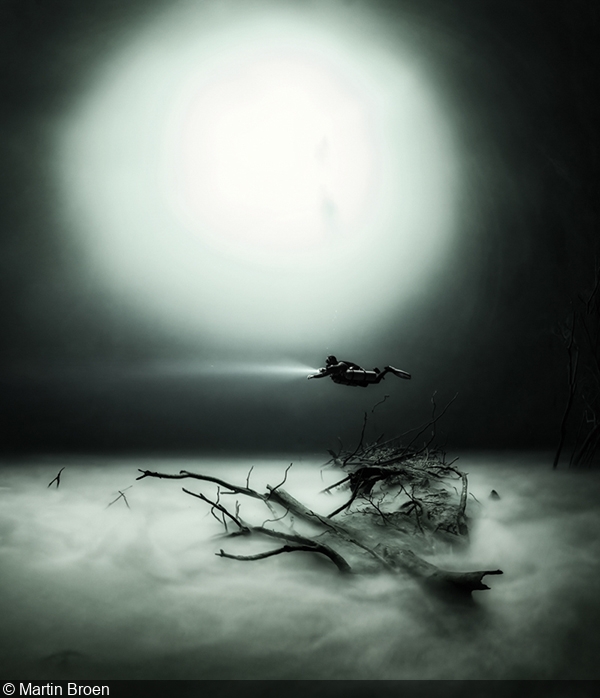 The entrance to Cenote Angelita looks like the sun over the hydrogen sulfide landscape, Tulum, Mexico 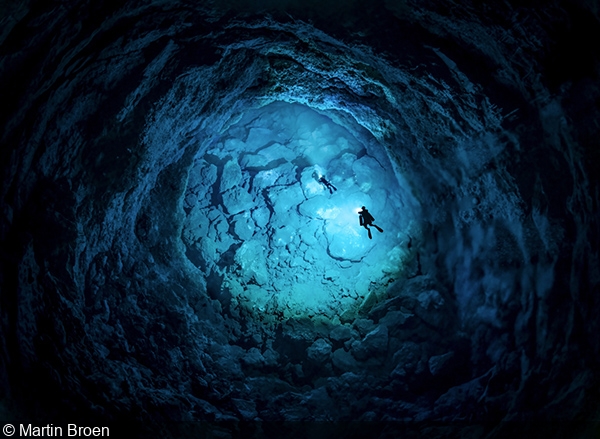 A sinkhole within a cave: The intriguing Blue Abyss, Quintana Roo, Mexico 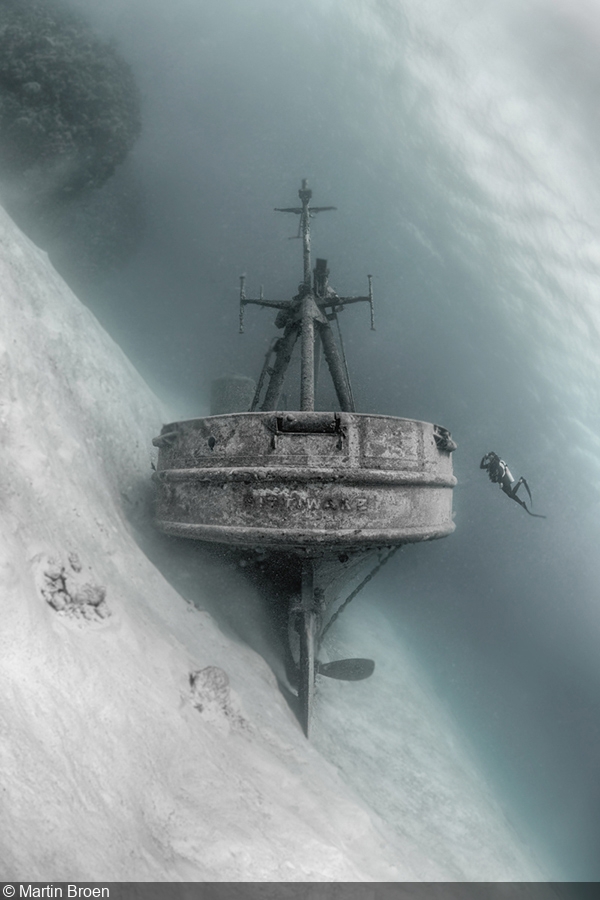 Straightening up the USS Kittiwake after being tilted by a hurricane, Grand Cayman 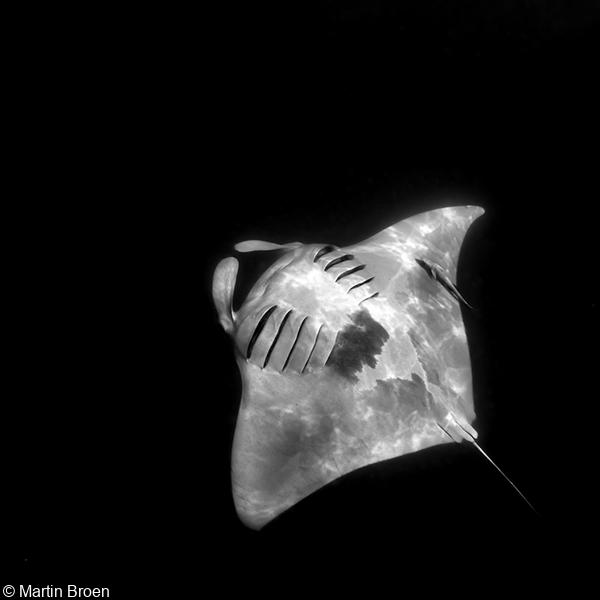 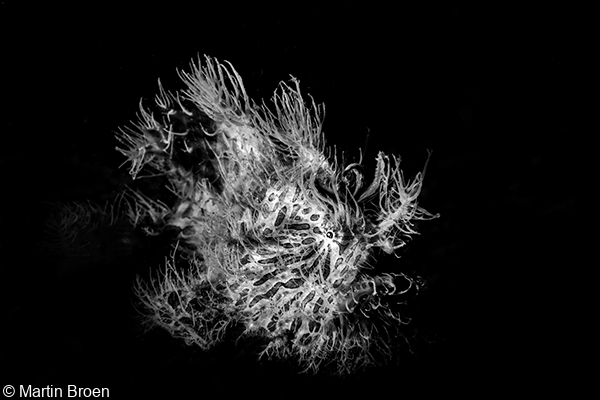 A portrait of a hairy frogfish, Lembeh, Indonesia 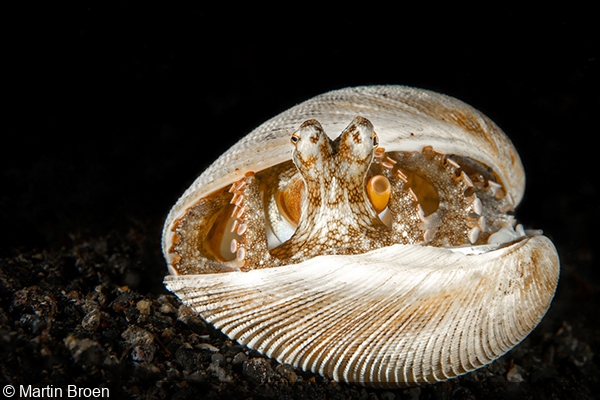 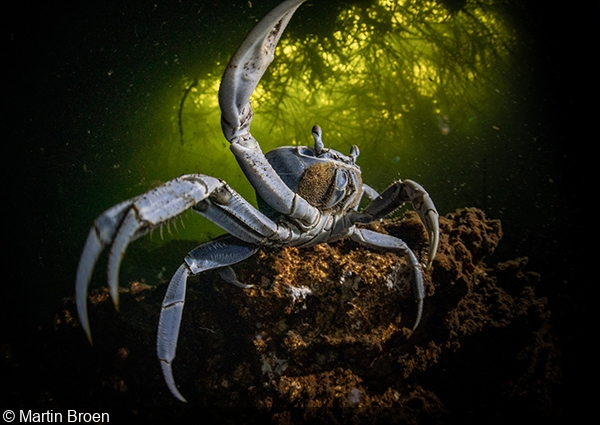 A crab in a salty cenote close to the sea, Yucatán, Mexico 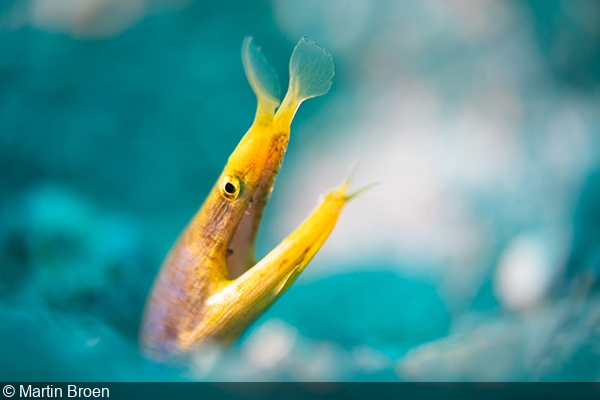 An eel pops against a dreamy bokeh background, Lembeh, Indonesia 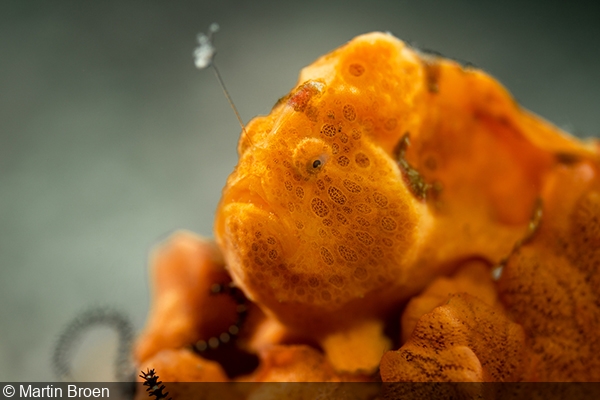 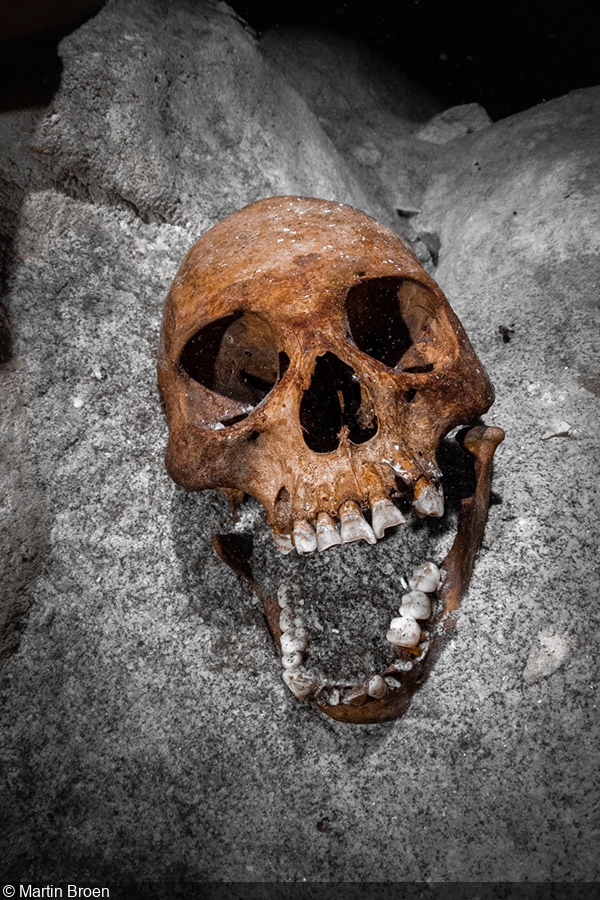 An 800-year-old Mayan skull inside a cenote, Yucatán, Mexico 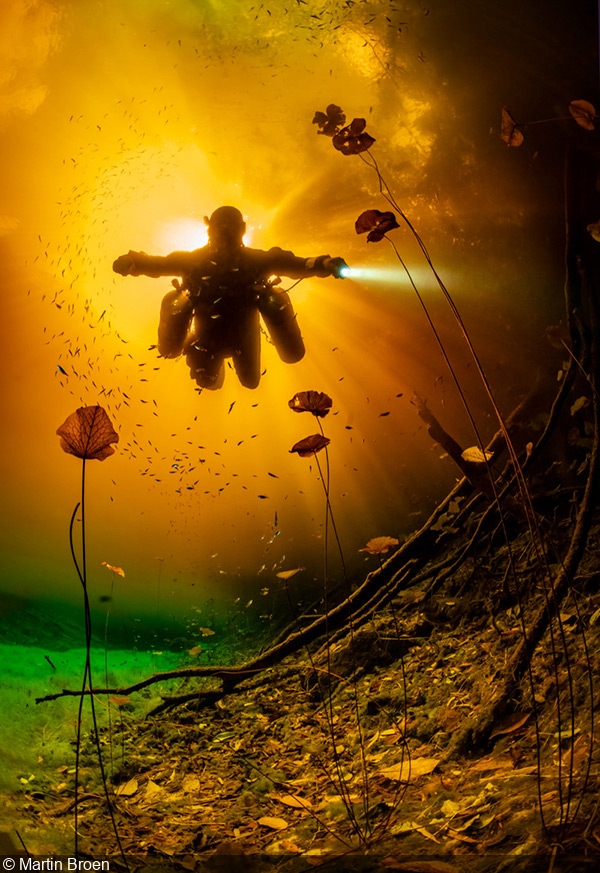 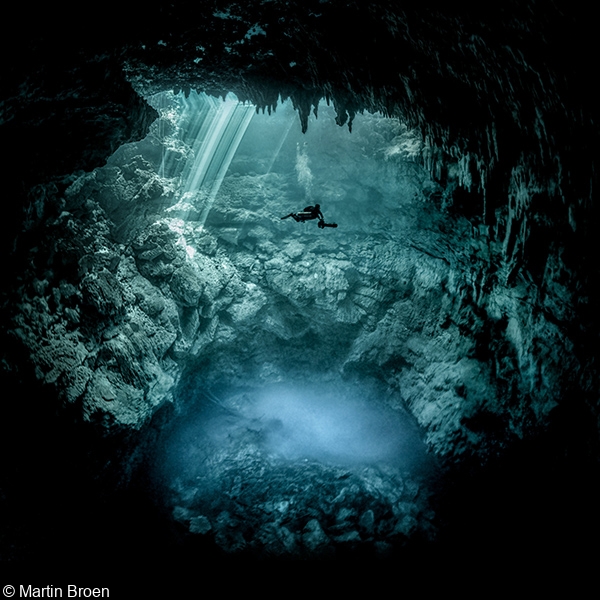 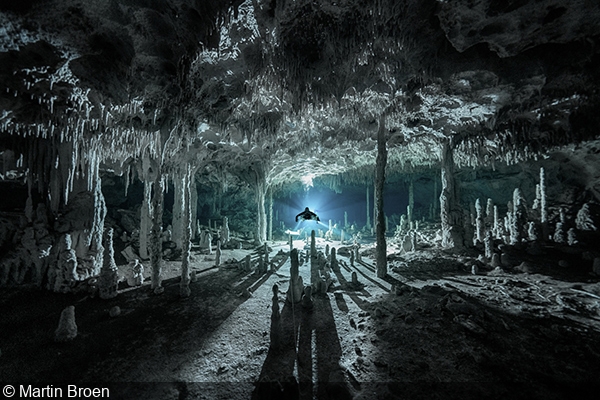 Long shadows from the pristine speleothems at Cenote Dos Pisos 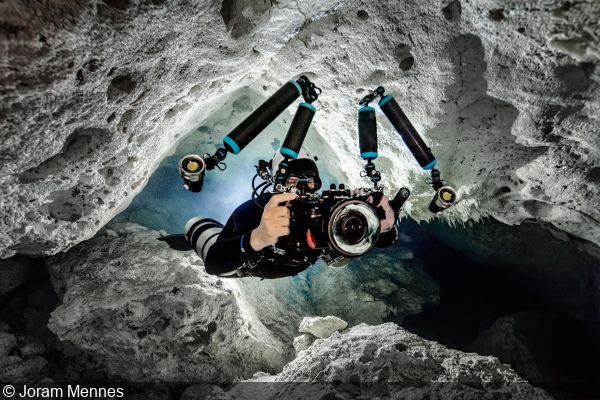 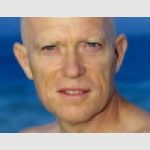