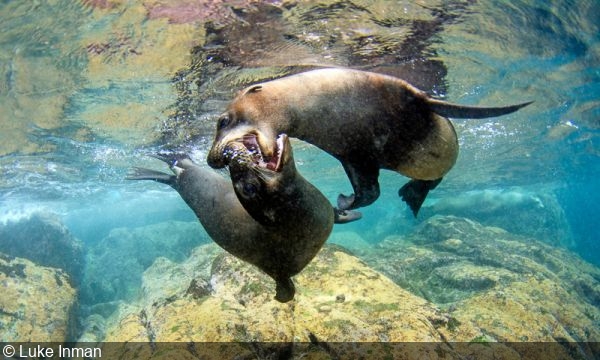 Our latest photographer of the week, Luke Inman, is one of the few well-known professional underwater cameramen who have yet to be included in this feature, and we are happy to finally have him submit some of his favorite images.

As well as being an awesome photographer, Luke is also a PADI and DAN instructor-trainer who has been teaching people to dive for 22 years. During that time, he has contributed content to nearly every existing training agency out there, and spent most of his adult life developing scuba diving skills and teaching people how to dive. Originally from London, England, Luke attended the London International Film School before becoming a dive professional and moving abroad, so it was almost inevitable that his passion for scuba diving and film would eventually combine.

He has lived in La Paz, Baja California Sur, Mexico for the past 18 years—way before it became the popular dive destination it is now—where he owns and operates Cortez Expeditions, a boutique dive centre that focuses on providing dive training, photography workshops and exciting encounters with Mexican marine life. During his time in La Paz, Luke has discovered and named new dive sites, pioneered technical diving in the region and worked on all aspects of underwater imaging including photography, video and writing articles for magazines and websites. He has been involved in numerous advertising campaigns for large corporations and has worked above and below the sea for the BBC and National Geographic among many others.

For those unfamiliar with diving in Baja, Luke’s selection of images should give you a good idea of what you can expect to encounter there. Mantas, mobula rays and whale sharks are all seen regularly, depending on the season, and he recently released an excellent book, The Sea Lions of Los Islotes, about the region’s most famous subject after years of diving with these charismatic marine mammals in his own backyard.

As if all that wasn’t enough, Luke has also been involved in numerous conservation initiatives, including tagging pelagic hammerhead sharks on military grade rebreathers, which helped to structure an outline for using the equipment in groundbreaking scientific research. As you can see from his list of skills and accomplishments, Luke is the man to visit if you want to see the best La Paz has to offer—and brush up on your diving and photography skills while you there. 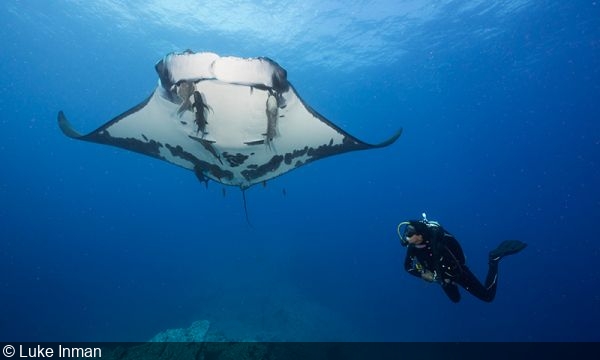 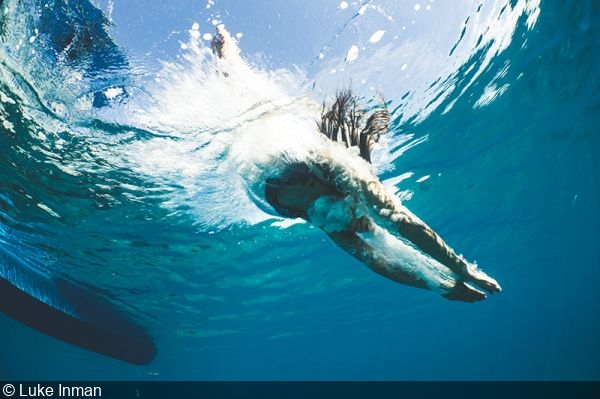 Diving into the big blue 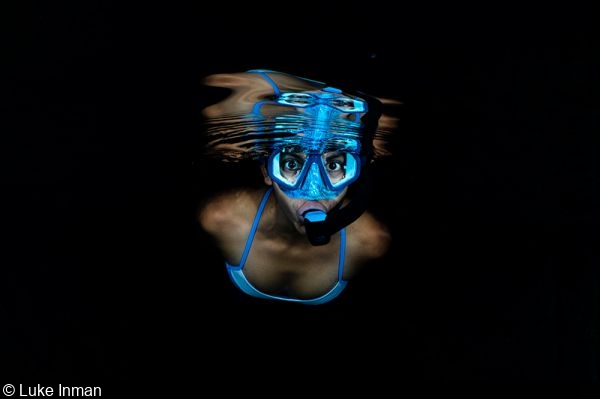 Face to face at night 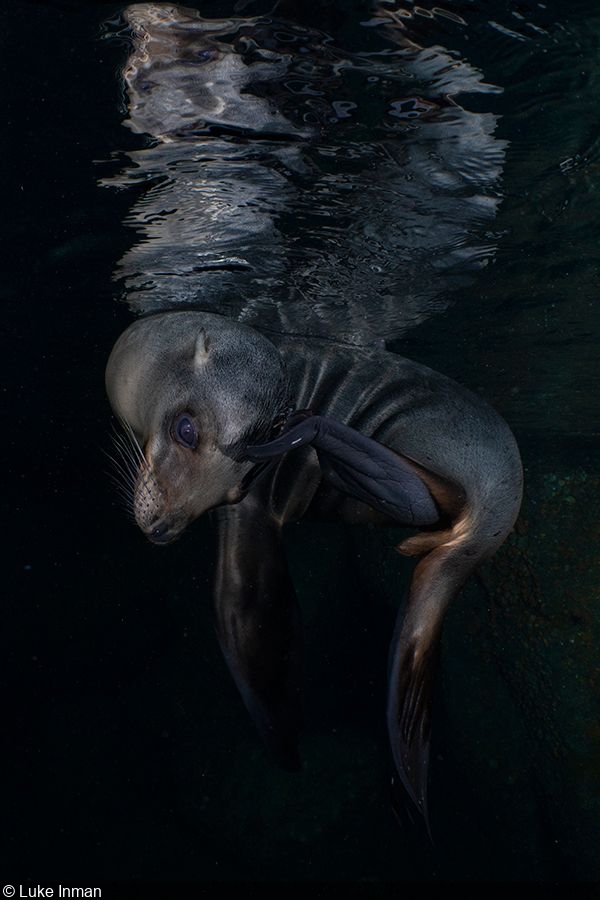 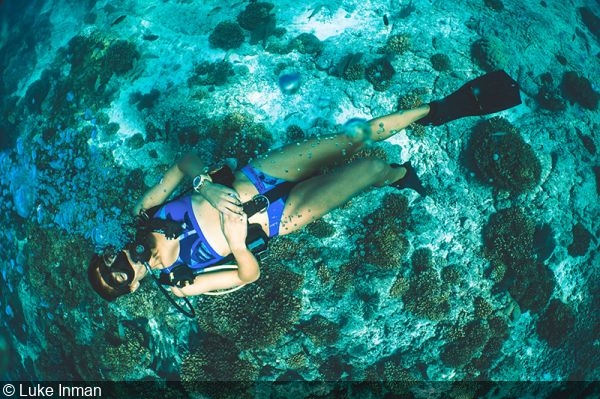 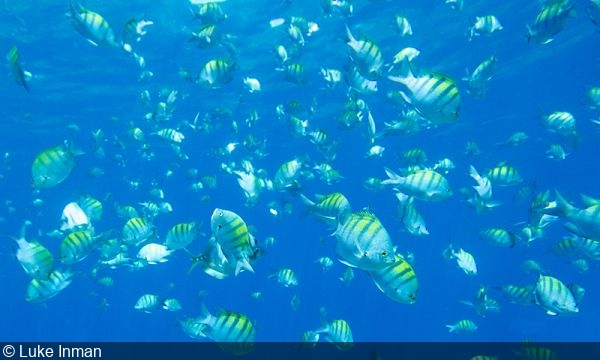 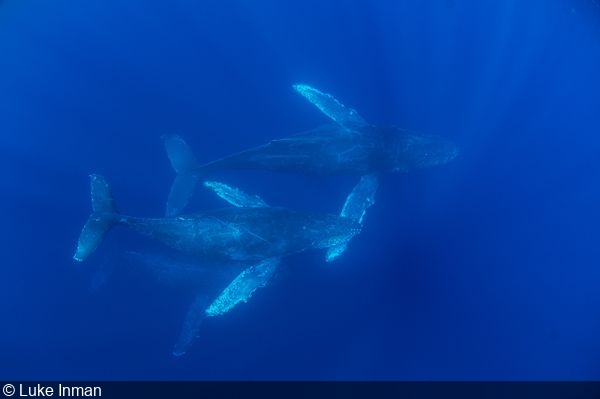 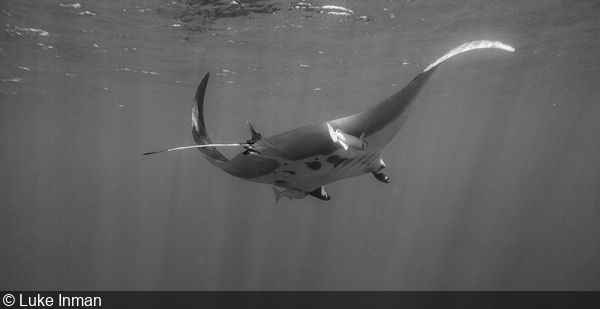 The tail end of a Mexican manta 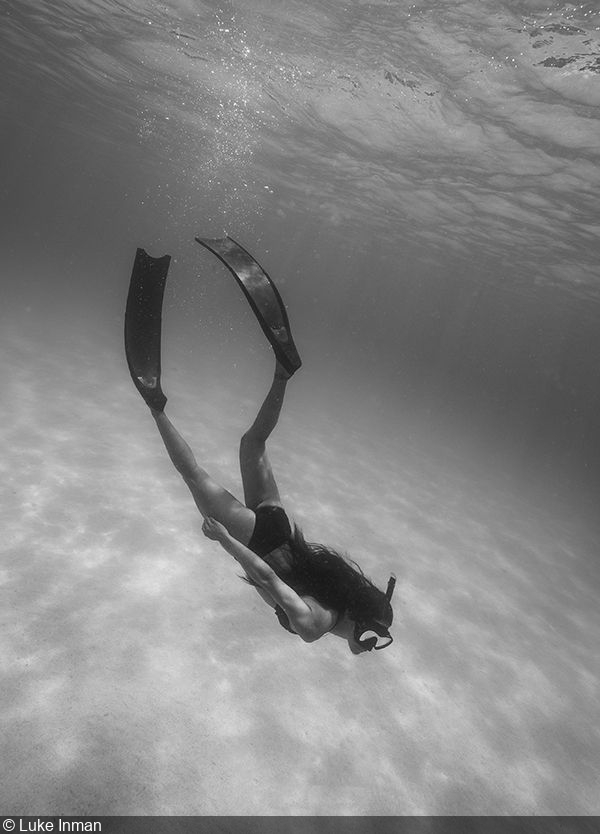 Freedom in black and white 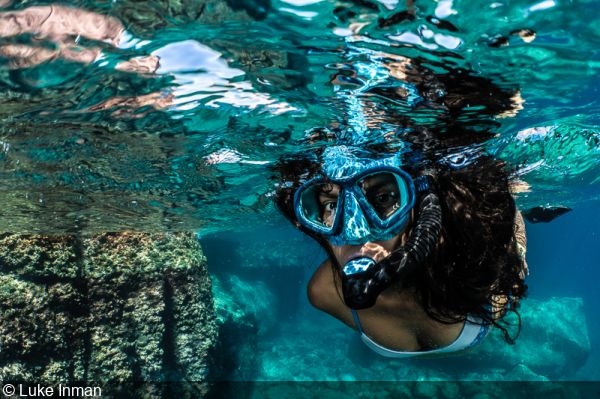 Surface reflections add an interesting element to a diver portrait 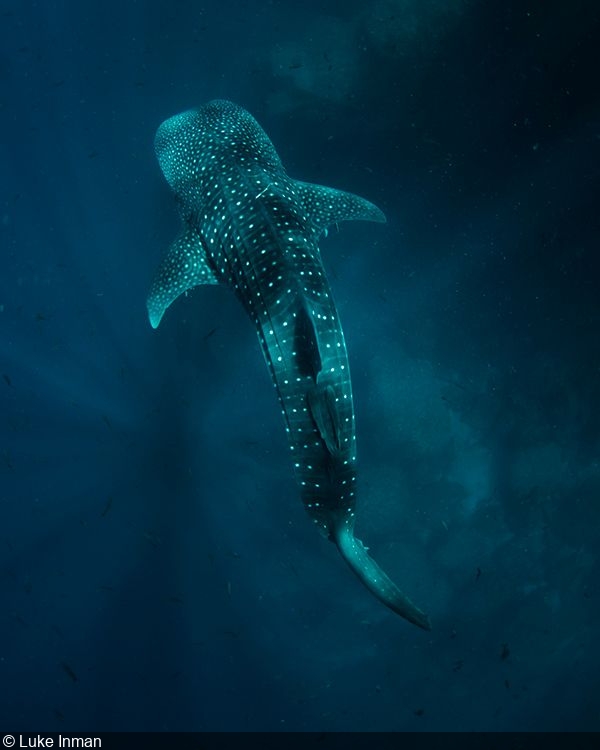 A seasonal visitor to La Paz, the giant whale shark 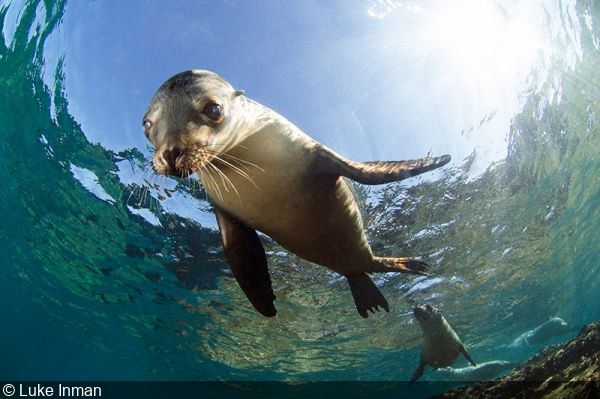 The subject of Luke’s first book, The Sea Lions of Los Islotes

To see more of Luke’s work, check out his website, www.lukeinman.com, or follow him on Facebook. Also check out “Stories of an Underwater Photographer: Luke Inman,” in which Luke tells DPG about his journey—from first underwater camera purchase to doing a Playboy shoot…