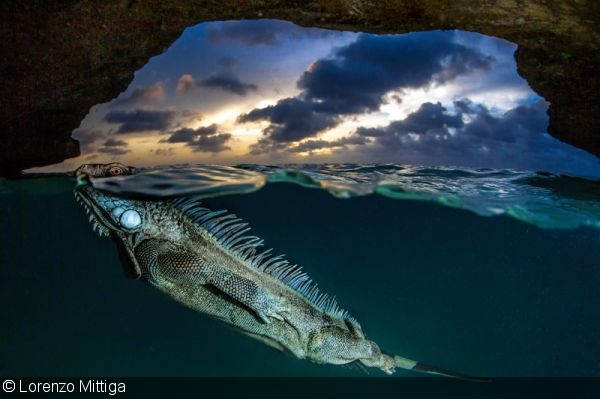 Every wildlife photographer approaches their subjects with a certain frame of mind, be it for efforts of conservation, love of nature or documentary purposes. Within each approach comes a style that is developed that makes their images uniquely their own. But for certain photographers, they seek to evoke an almost poetic, philosophical creation of a feeling that they garner from the experience. In short, they see their image-making as an art form just like painting or sculpture. Since its inception, photography has been debated as a legitimate art, and though that is often a tiresome conversation, there are certain shooters whose artistic integrity is not in question, such as Photographer of the Week, Lorenzo Mittiga.

Lorenzo is clearly a meticulous executor of his craft. Focusing on capturing that moment when time, space and subject synthesize into a compositional cohesion, he prides himself on creating visually melodic expressions of instances captured. For him it is not merely about the subject, but about the entirety of what is encompassed in his frame. And in his split shots in particular, the drama of his vision comes together in the portrayal of two worlds seemingly unattached and unknowing of one another. 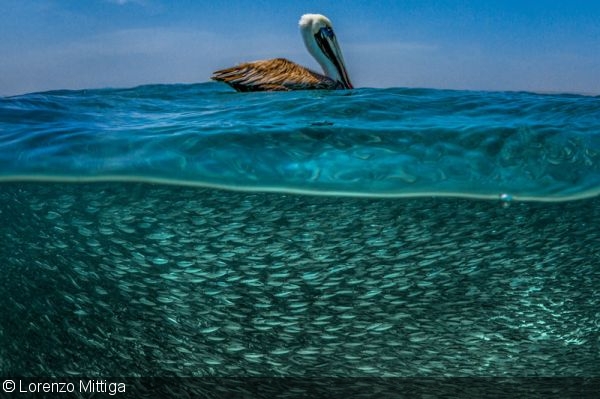 A brown pelican resting at the surface over a shoal of Masbangoes after a strike, Bonaire Island, Dutch Caribbean 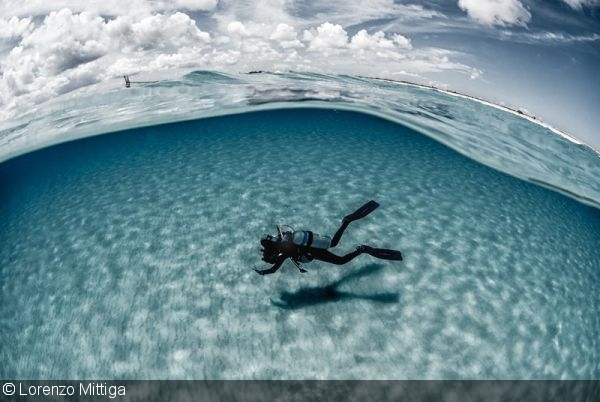 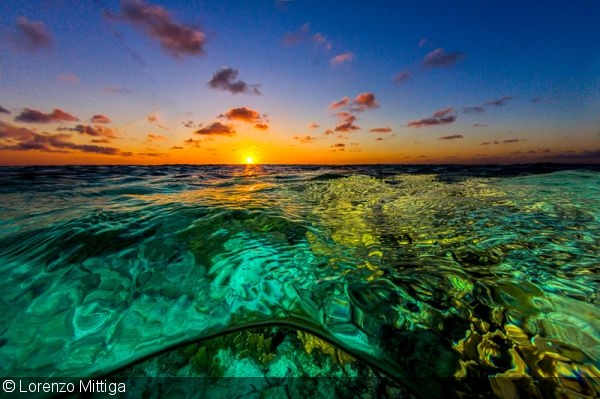 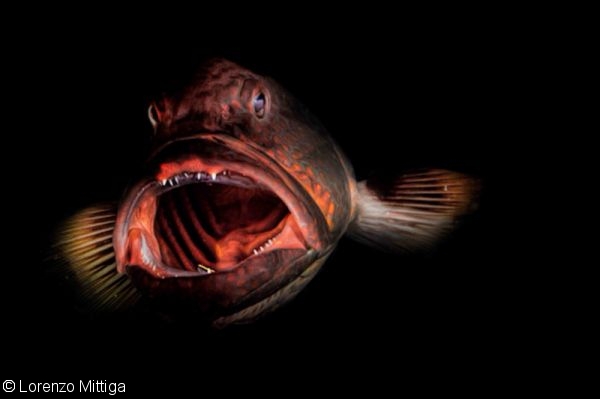 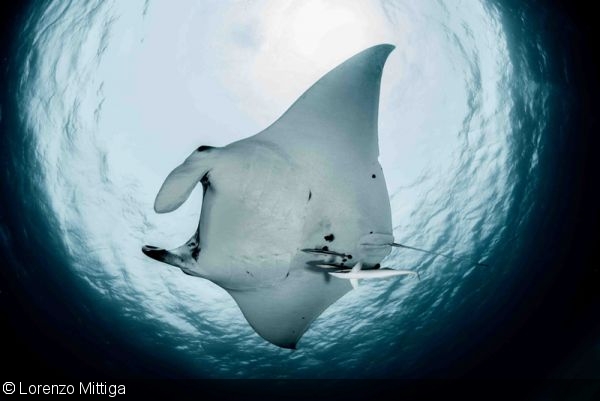 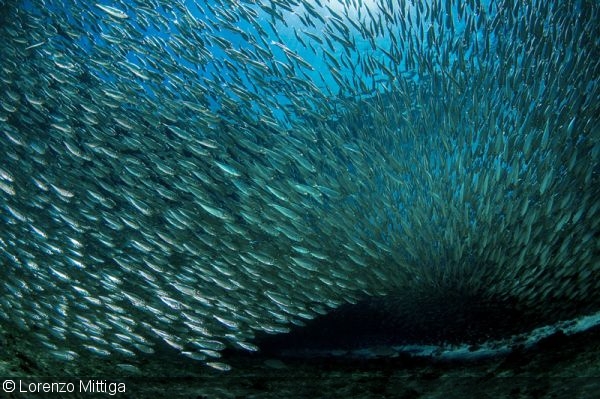 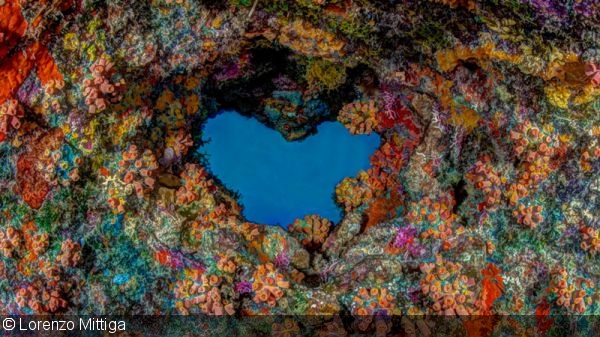 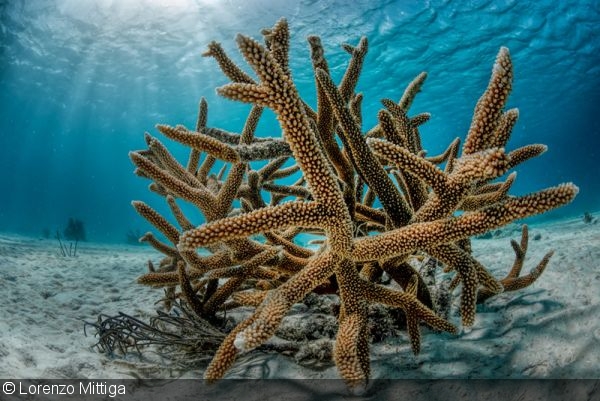 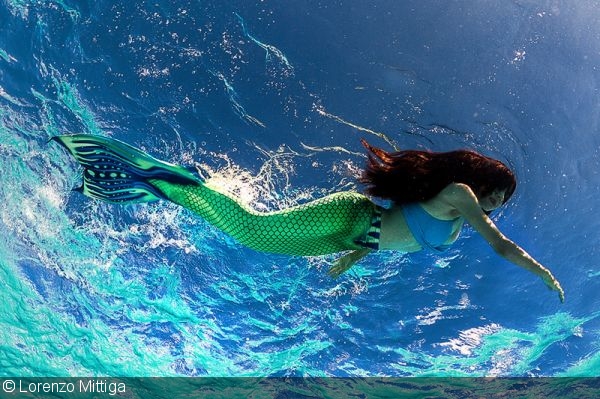 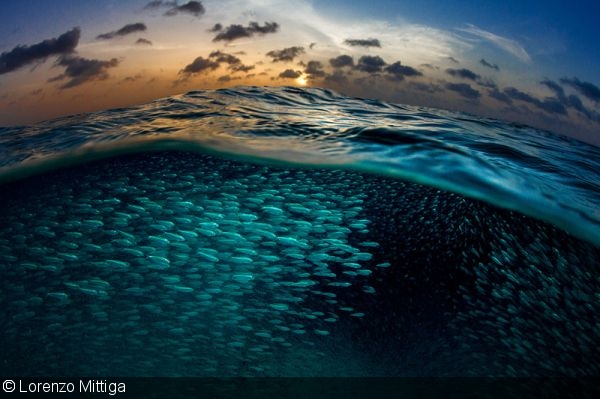 A shoal of Masbangoes moves from shallow water toward a drop-off at sunset, Bonaire Island, Dutch Caribbean 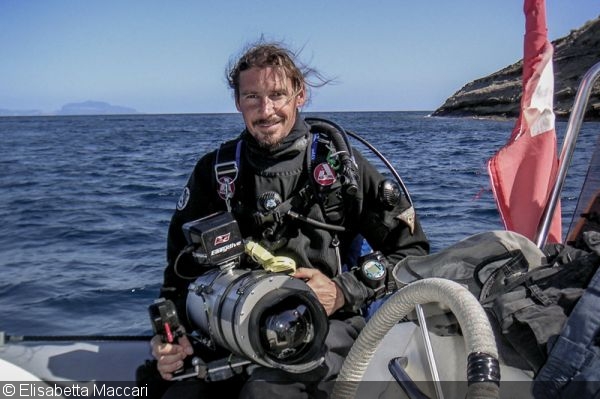 To see more of Lorenzo’s work, visit his website: www.lorenzomittiga.com.