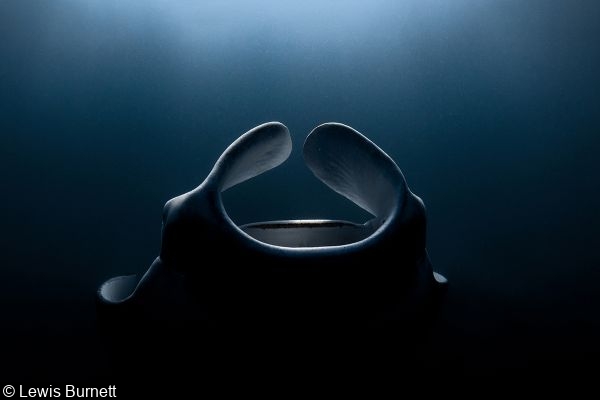 A manta ray feeds on the plankton-rich waters of the Ningaloo Reef, Western Australia

Lewis Burnett is an award-winning wildlife and travel photographer based out of Australia’s southwest. Originally from Scotland, he was lucky enough to grow up surrounded by the rolling hills and forests that the country is famous for, planting the seed young for a life lived in nature. His teenage years were spent on Australia’s stunning west coast, nurturing his love for all things salty and wild. Since finishing university in 2015, he has spent his time exploring the far-flung corners of the world in search for his version of paradise.

Lewis currently works as a wildlife tour dive guide, which allows him to spend plenty of time in the field improving his photography skills. He first started underwater imaging with a GoPro on a solo trip around Southeast Asia five years ago, and has since progressed to using a Sony a9 full-frame camera inside an Ikelite housing. Most of his images were taken while freediving, which allows him to get closer to marine life without disturbing them but also presents the additional challenge of taking these photos on a single breath.

Lewis also takes plenty of images of the natural world above the surface, and his Instagram account is full of awesome portraits of birds, reptiles and other terrestrial animals. In the future, he hopes to work closely with conservation agencies and continue producing vibrant photographs that convey the wonders of the nature and invoke a positive change in behavior by inspiring others. 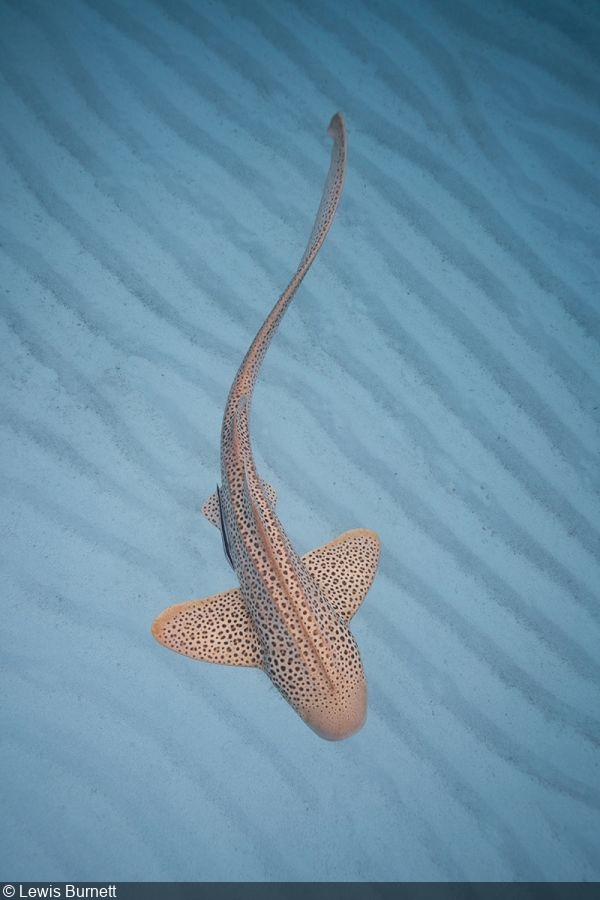 A leopard (zebra) shark cruising over the sand flats of Coral Bay on the Ningaloo Reef, Western Australia 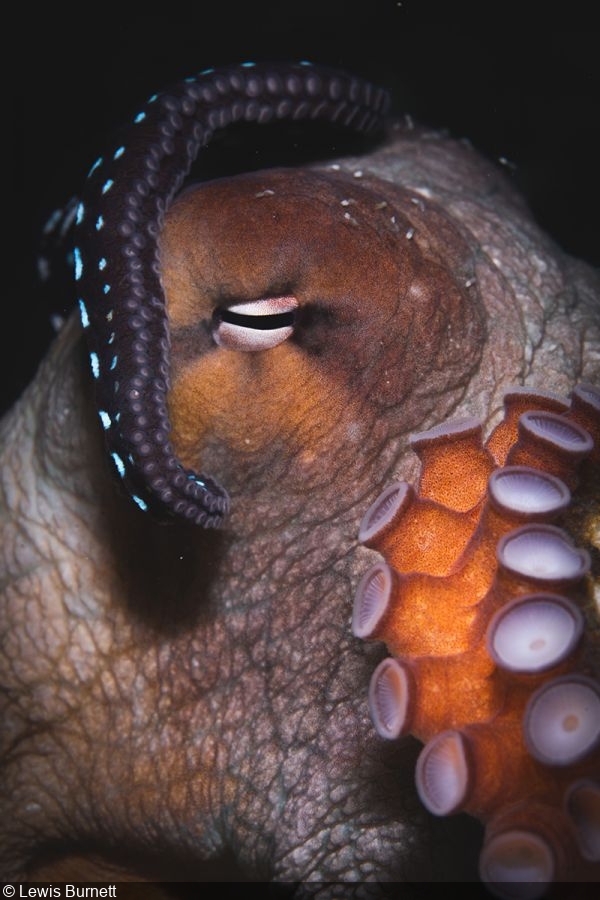 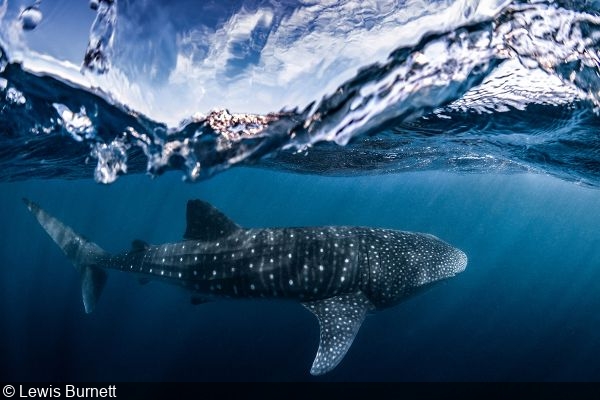 A whale shark feeds on plankton on a rough day on the Ningaloo Reef, Western Australia 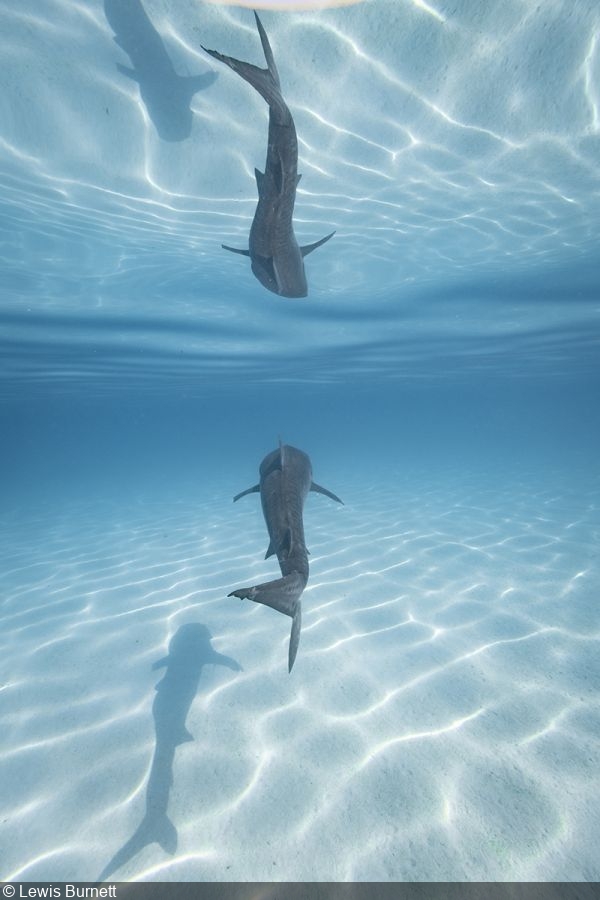 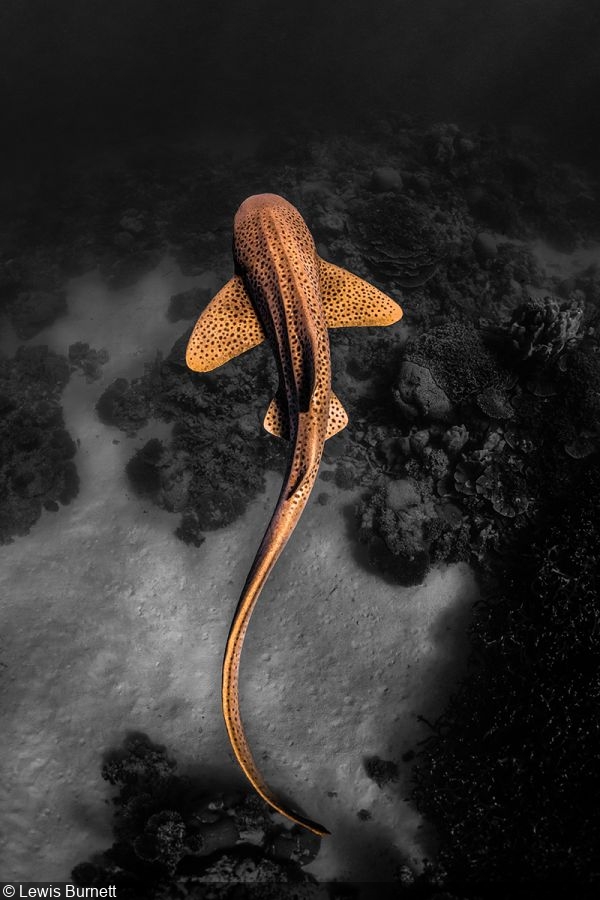 A leopard shark swims over the coral gardens of the Ningaloo Reef, Western Australia 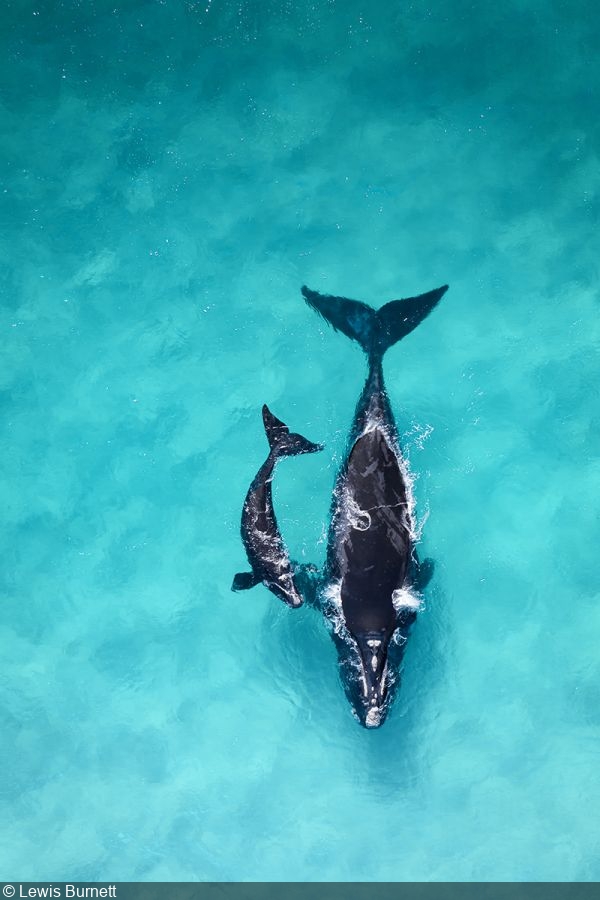 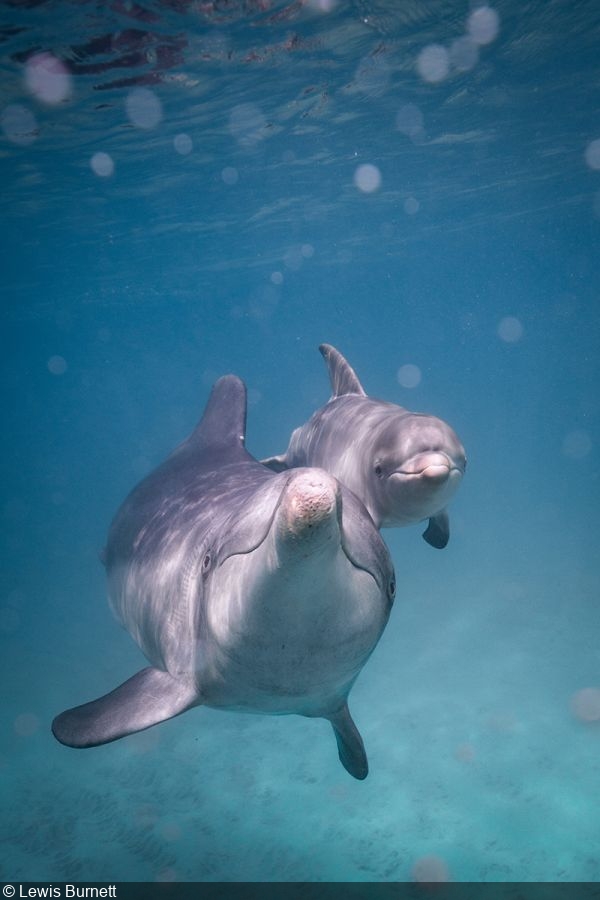 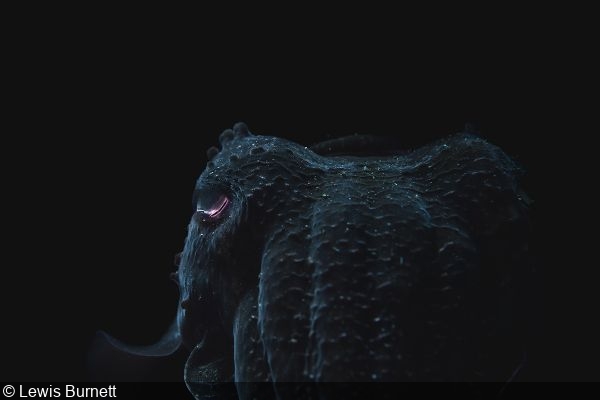 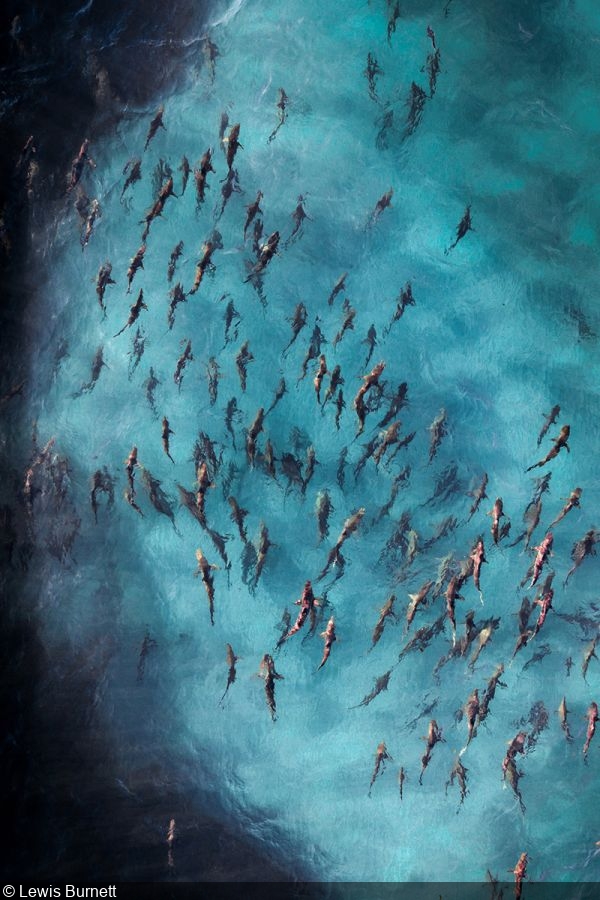 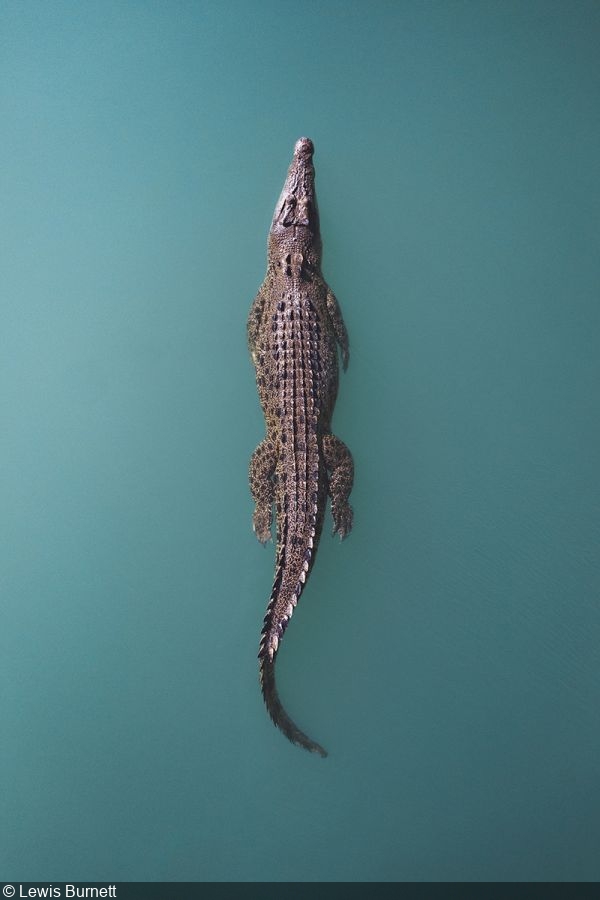 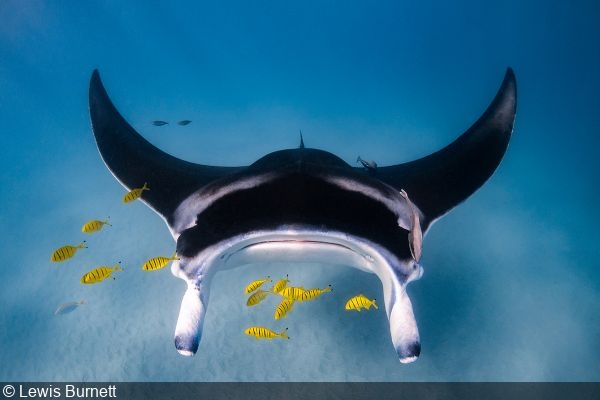 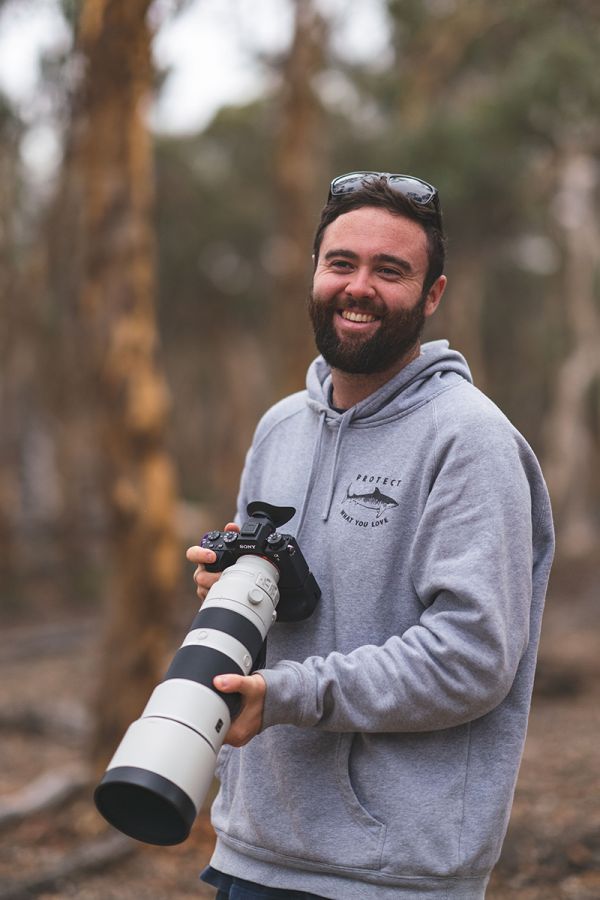 Above or below the surface, Lewis is always looking for wildlife to photograph