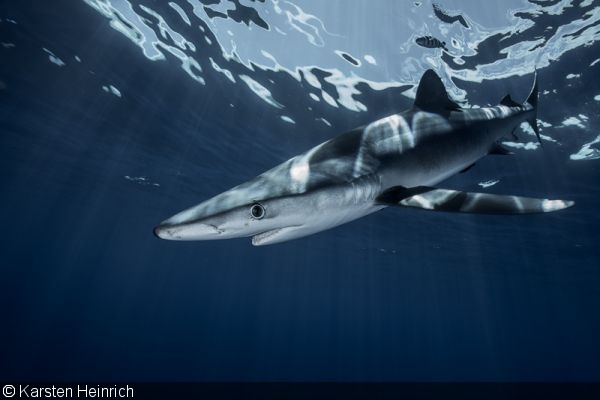 Blue shark at the surface in the Azores

This week’s featured photographer, Karsten Heinrich, is another excellent image-maker I discovered on social media last year and have been following closely ever since. He is one of the most active underwater photographers in the community and is always busy diving somewhere amazing—and getting lots of great images and videos while he’s at it.

As well as being an excellent photographer, Karsten is also an experienced dive instructor and technical diver. He first learnt to dive back in 2003 on the Great Barrier Reef while backpacking in Australia and since then has racked up thousands of dives all over the world. Surprisingly, for someone with such a large portfolio, it wasn’t until 2014 that he first started experimenting with a DSLR and recording his underwater adventures.

After years of diving, he decided to combine his childhood interest in nature, adventure photography and filmmaking with his passion for the ocean, and a new obsession was born. Like many of us who try to capture the magic of underwater wildlife encounters on film, Karsten’s ultimate goal with his work is to show people more of what lies beneath our seas, and hope it inspires them to take an interest in the marine environment and its protection.

Although it seems like he is never at home, he currently lives in Hong Kong, where he works on weekends as a part-time dive instructor, alongside his office job. As well as teaching people how to dive, Karsten also runs underwater photography workshops and puts together trips for small groups of divers to some epic locations. As you can see in this selection of images, Karsten is clearly a fan of shooting the big stuff: Sharks from a variety of locations feature alongside other marine megafauna such as sea lions, mantas and humpbacks. These are exactly the types of photos I also love to shoot, and his portfolio features some of my favorite subjects, perfectly captured in some of the best dive destinations in the world. 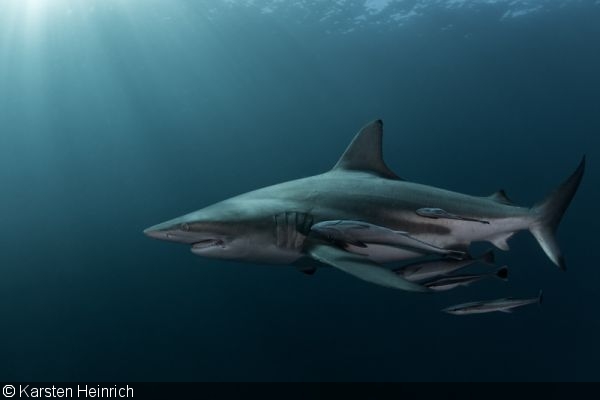 Blacktip shark in the dark blue water of South Africa 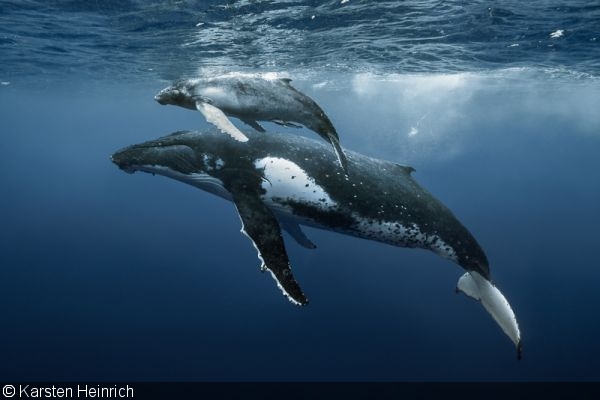 Humpback whale and calf on the move, Tonga 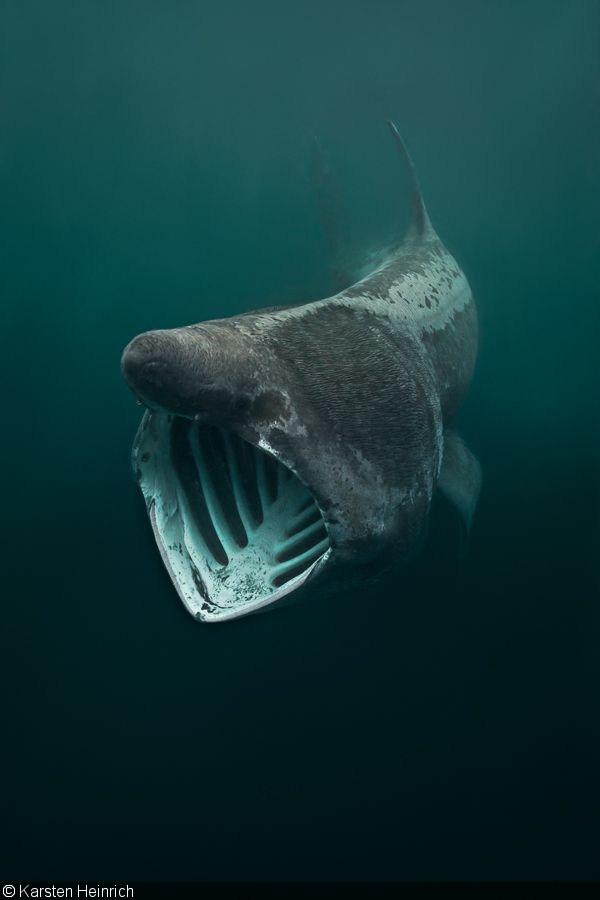 Basking shark off the Isle of Coll, Scotland 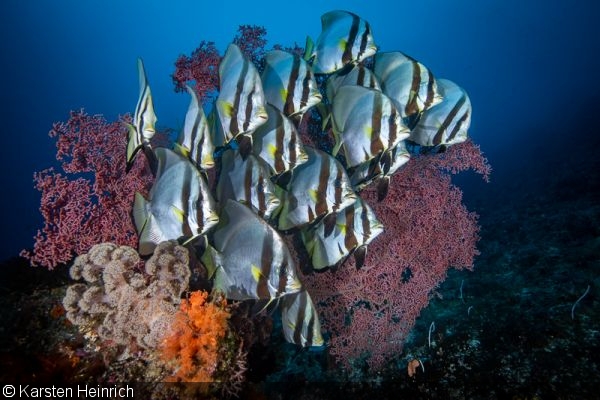 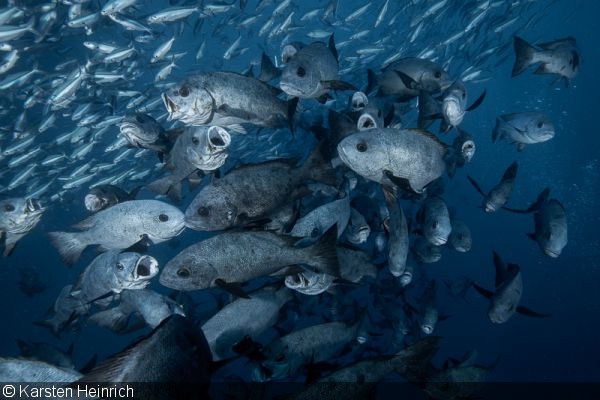 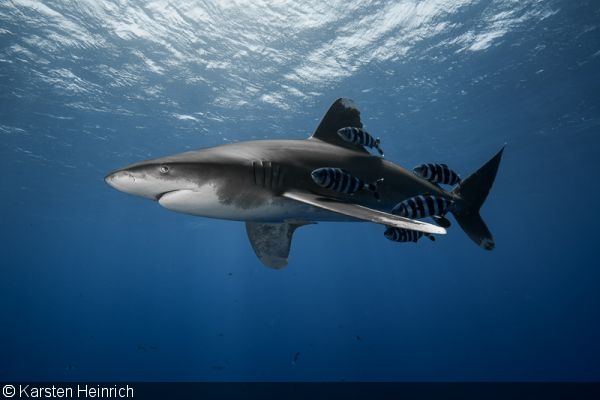 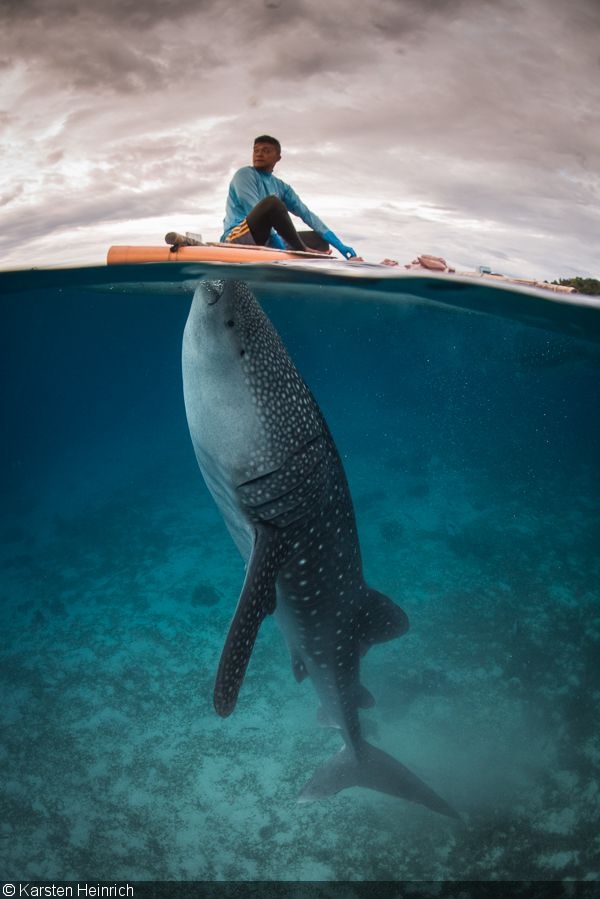 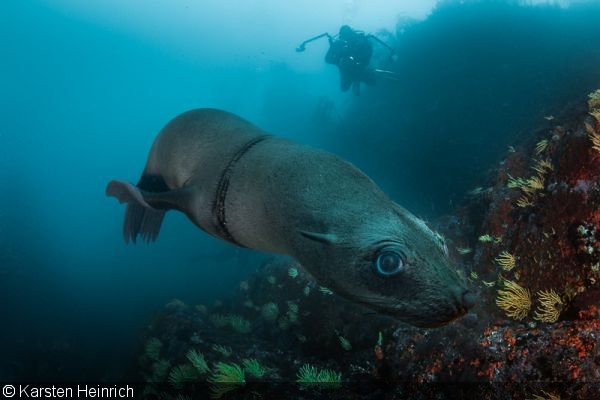 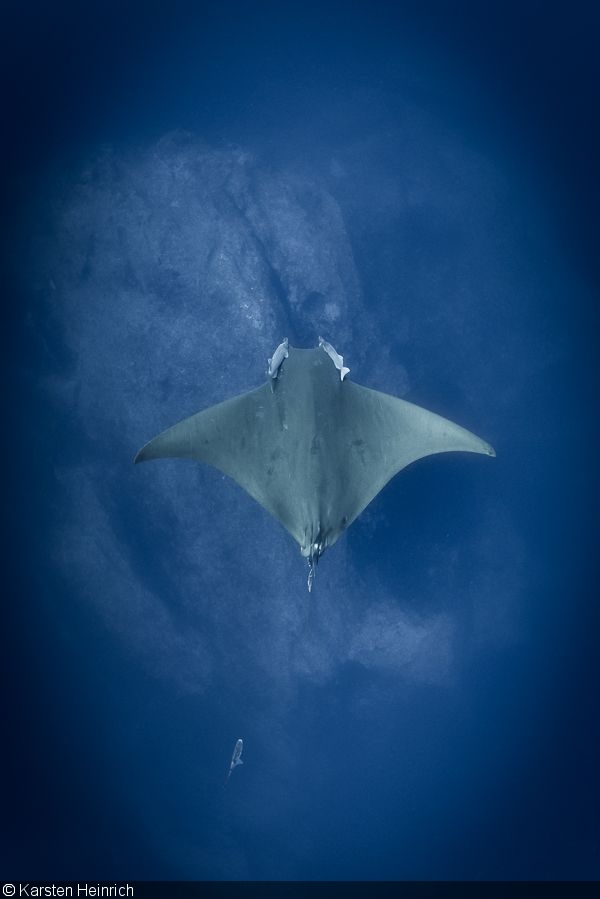 Mobula ray in the Azores 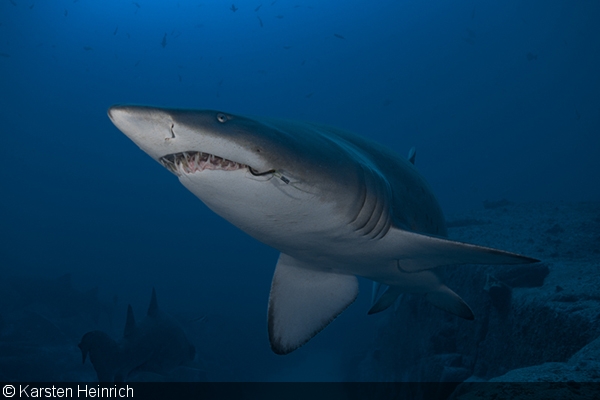 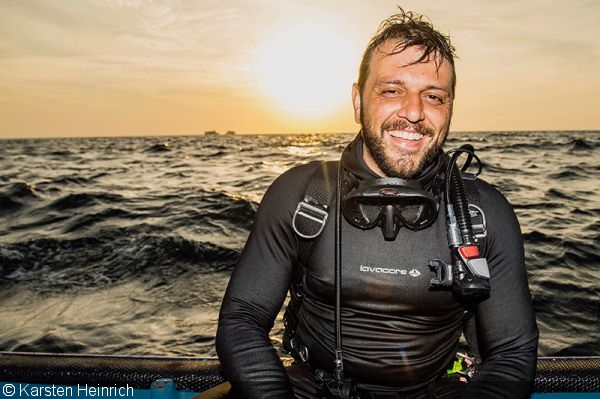 After admiring the man’s wide-angle work, do yourself a favor and head over to his website, www.karstenheinrich.com, where you can find some great videos featuring similar subjects as well as some wonderful drone photography. You can also follow Karsten on Instagram. 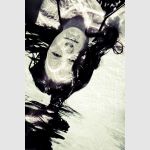