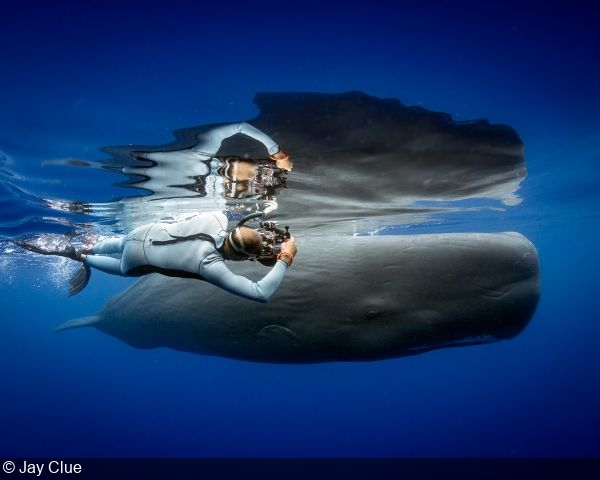 The best underwater photographers are normally very experienced scuba divers, and that is certainly the case for our latest Photographer of the Week, Jay Clue. A PADI and technical diving instructor who teaches full trimix courses, Jay has logged more than 4,000 dives in sidemount alone. And having introduced many people to the wonders of the underwater world as an instructor, he now hopes to do the same thing with his awesome underwater images.

After first learning to dive in the UK and then traveling and diving all over the world, Jay eventually settled in Baja, Mexico four years ago, and went on to launch Dive Ninjas, a company dedicated to sustainable ecotourism in the region. In an effort to document the incredible encounters he was enjoying while exploring and building the company, Jay purchased his first underwater camera, a Canon PowerShot G7X and has not looked back since. Several years and camera upgrades later, Jay has now captured most of Baja’s famous marine life on camera and also runs photography expeditions to other popular destinations such as the Bahamas, Costa Rica and Tonga.

Jay happily admits that he learned most of what he knows about underwater photography by trial and error, and by diving with other professional underwater photographers and studying how they work in the field. He says he is only just getting started on his journey as photographer, so it certainly helps that he is the founder of a great dive operation in Baja and is spoiled for choice when it come to iconic subjects. While he enjoys shooting all marine life, big or small, his preferred style of photography is wide-angle work with marine megafauna such as sharks, whales and rays. His favorite subject to shoot is Baja’s now-famous mobula ray aggregation, and as you can see, he has enjoyed some epic encounters with huge numbers of these animals. He also spends a lot of time freediving in the open ocean looking for pelagic life, resulting in some fabulous shots of sea lions, marlin and other subjects that have made the area so popular.

When not busy in Baja, Jay can normally be found in other big-animal destinations, but he still manages to shoot some macro critters whenever the opportunity presents itself. He was encouraged to pursue underwater photography by another of our recent featured photographers, David Valencia, and his influence on Jay’s work is clearly evident. Like Dave, Jay also likes to experiment with natural light and surface reflections, and my favorite image of his entire collection, a diver at the surface with a sperm whale, makes fantastic use of both of these elements. There is no doubt that Jay is ideally placed to evolve as an underwater photographer—his is definitely a name to keep an eye on in the future. 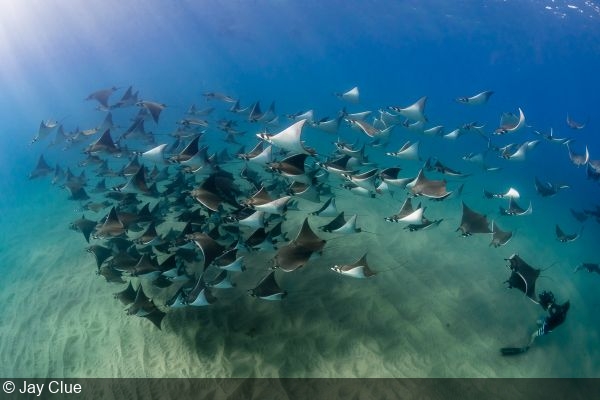 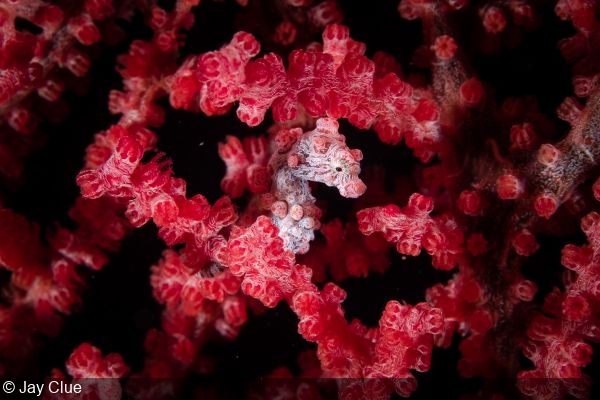 A pygmy seahorse in Lembeh, Indonesia 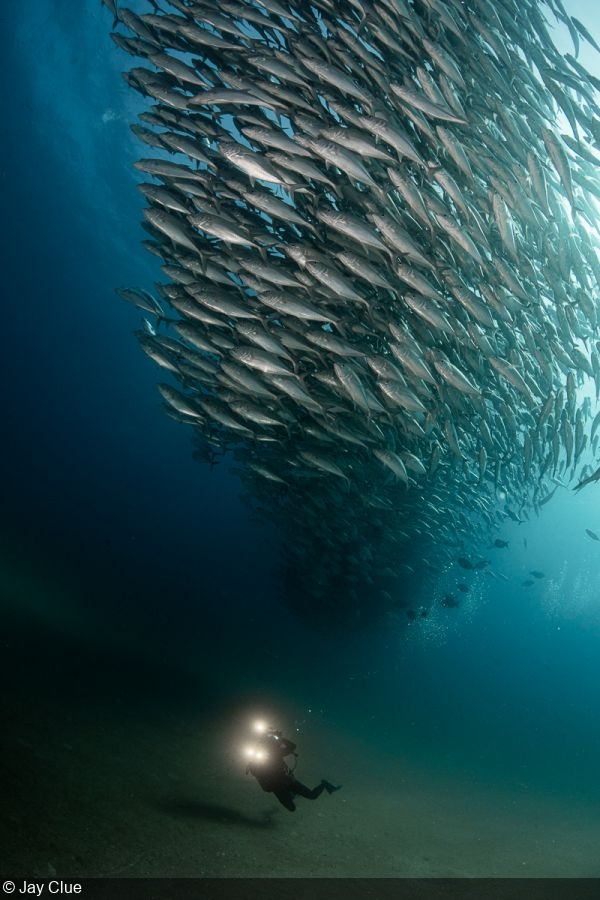 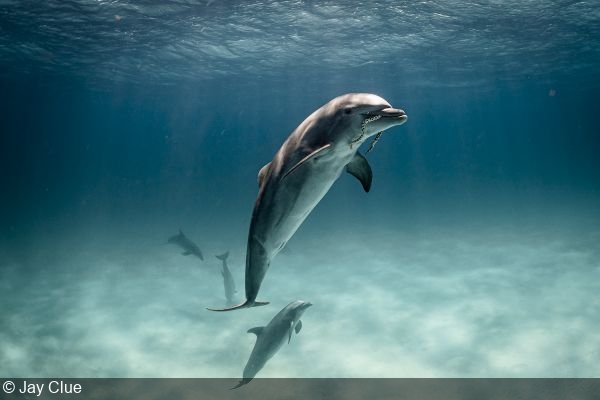 A bottlenose dolphin captures a spotted eel and offers it to the photographer, Bahamas 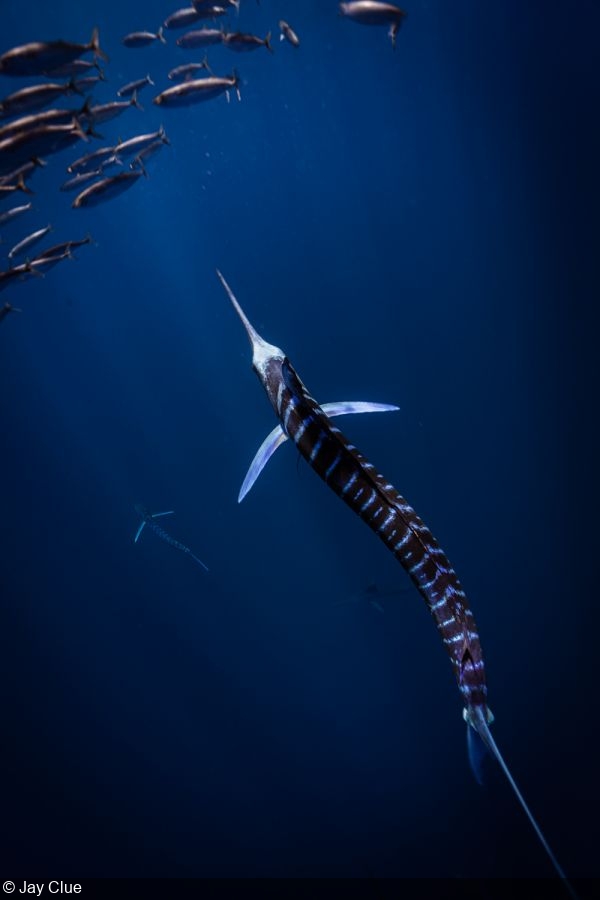 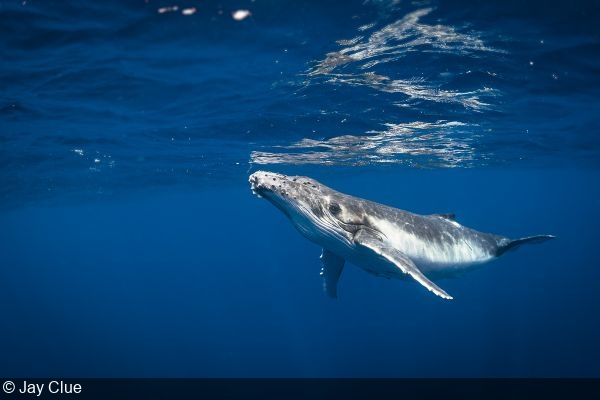 A humpback calf in Tonga 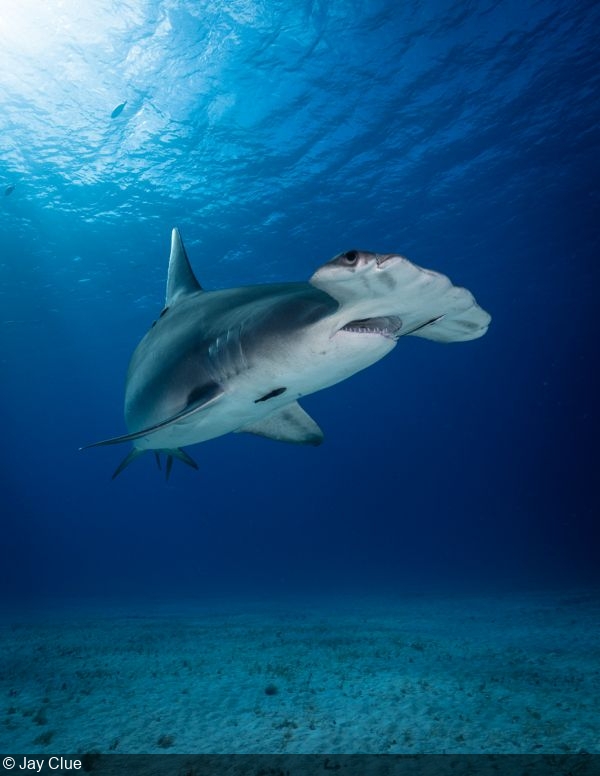 A great hammerhead in Bimini, Bahamas 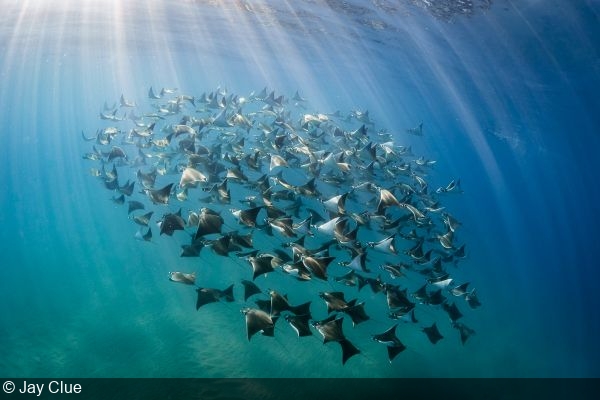 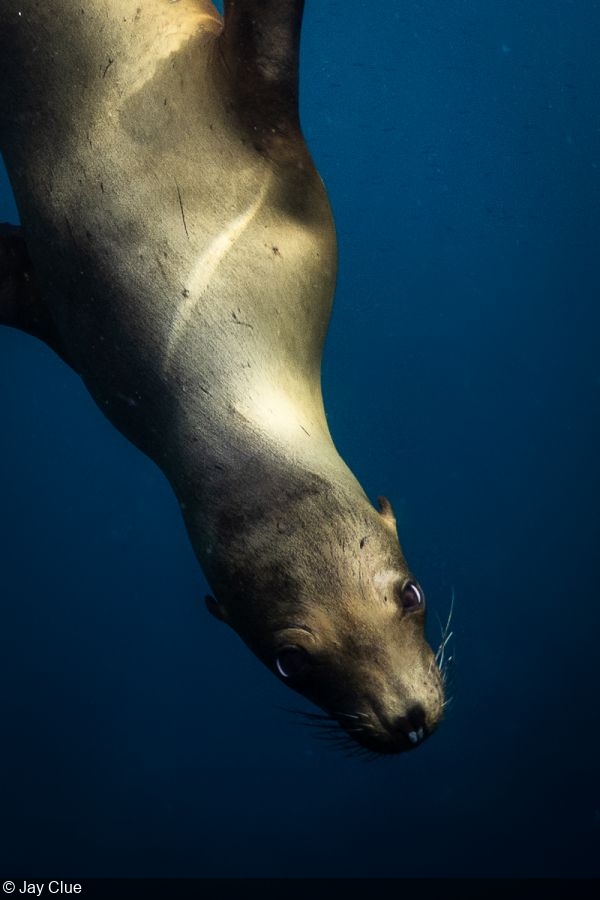 A California sea lion 20 miles off the coast of Baja California Sur, Mexico 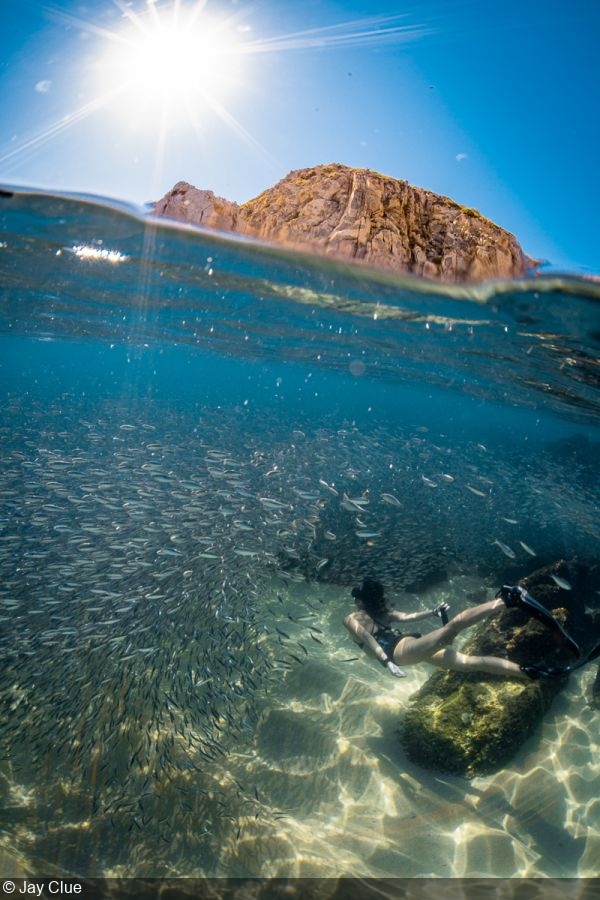 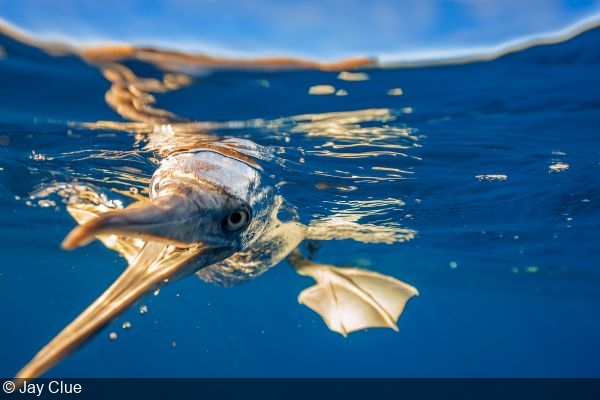 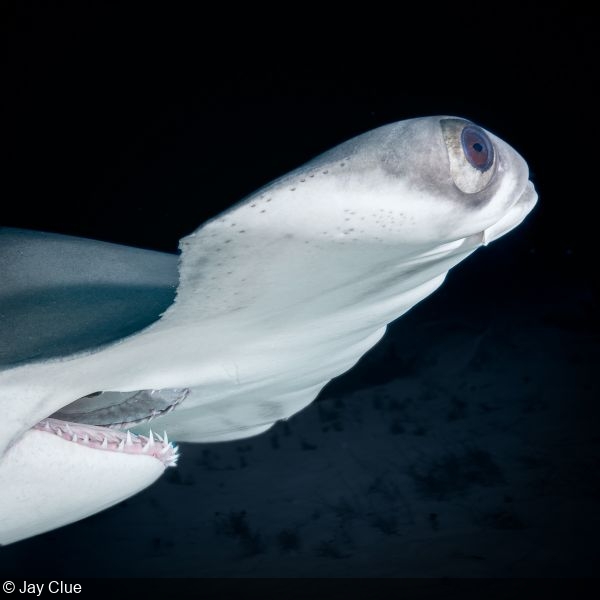 A close-up of a great heammerhead’s eye, Bimini, Bahamas 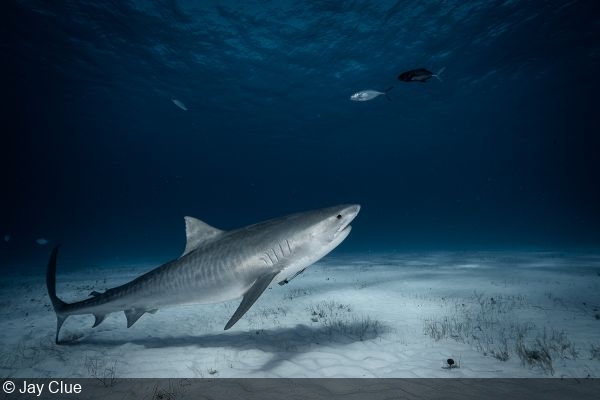 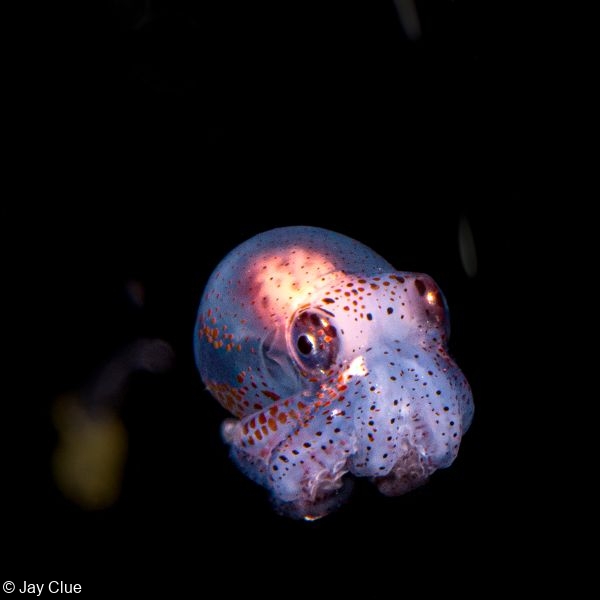 A larval octopus in Palau 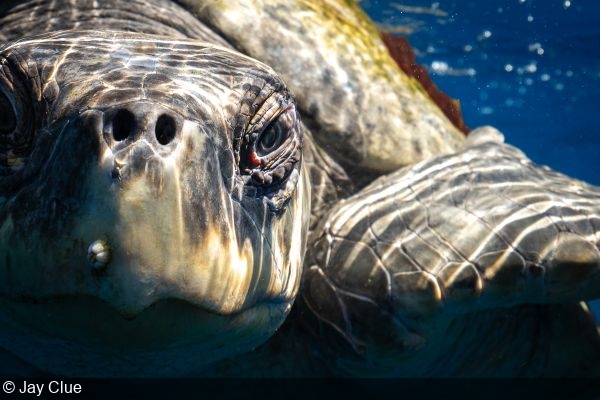 A curious turtle in the Pacific off Baja California Sur, Mexico 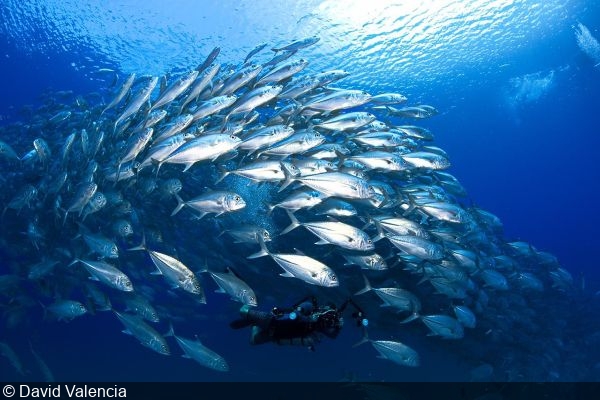 If these images give you itchy feet and the urge to visit Mexico, don’t hesitate to contact Jay and dive with him and his team at Dive Ninja Expeditions. You can also see more of his work on his Instagram page.

Simi Gray wrote:
Loved the third one pic most.

Jeni Bogad wrote:
Love the third photo so much..

Liana Hoffer wrote:
Thanks for these pictures, I'm a fan of the seabed and I think it's excellent

Kim Sutter wrote:
This is pics are very nice

Sally Bruce wrote:
I am truly happy after seeing your pictures.
You must be logged in to comment.
Support Our Sponsors
Advertise With Us
Newsletter
Travel with us 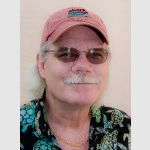