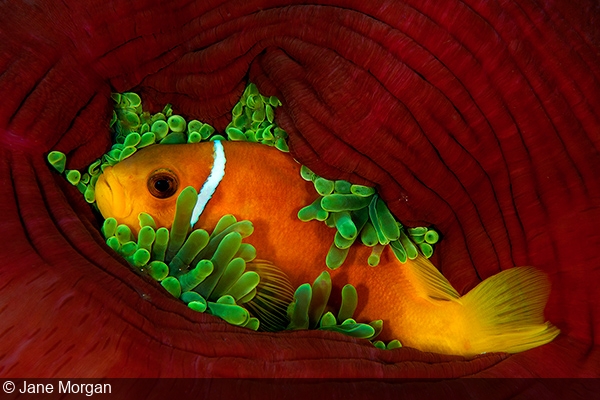 This week, we showcase the work of Jane Morgan, an experienced underwater photographer and photojournalist from the UK. Jane first learned to dive in 1991 and spent most of the 90s exploring the underwater world, teaching and working alongside scientists on a variety of marine conservation projects. She first had the opportunity to use an underwater camera on a dive trip to Egypt in 2001, and quickly became obsessed with taking pictures of her favorite marine life. In 2003, she was published in Sport Diver magazine for the first time, and it wasn’t long before she was offered a full-time position at DIVE magazine (UK), before eventually taking the plunge and becoming a full-time freelance photojournalist in 2009.

After years traveling, diving, and working all over the world, Jane now lives close to the coast in Cornwall, England, and dives more regularly in her homeland than abroad. She is a proud member of the British Society of Underwater Photographers, and honed her skills throughout the years alongside other well-known British photographers such as Martin Edge and Alex Mustard. After settling on the west coast of England, she also completed a commercial dive qualification and a degree in Marine and Natural History Photography at Falmouth University, where she now works as a dive technician and safety officer.

Jane happily admits that although she still loves to travel, her favorite place to dive is on her own doorstep in Cornwall, and in my opinion, the images captured there are what makes her portfolio uniquely interesting. Gray seals, John Dory fish and jewel anemones are some of the UK’s most popular underwater photography subjects, and they all feature here, alongside other familiar marine life such as sharks and macro critters from more tropical locations. As you would expect for someone so experienced and well traveled, Jane’s portfolio contains images captured in a variety of destinations and underwater environments, but also demonstrates that you don’t always have to travel thousands of miles to capture great underwater images—something especially relevant given the current travel situation! 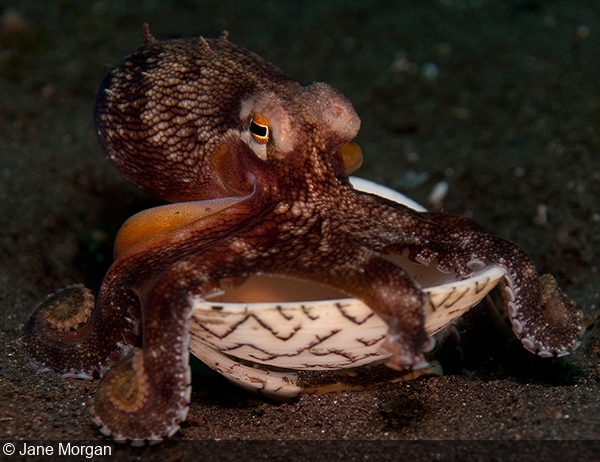 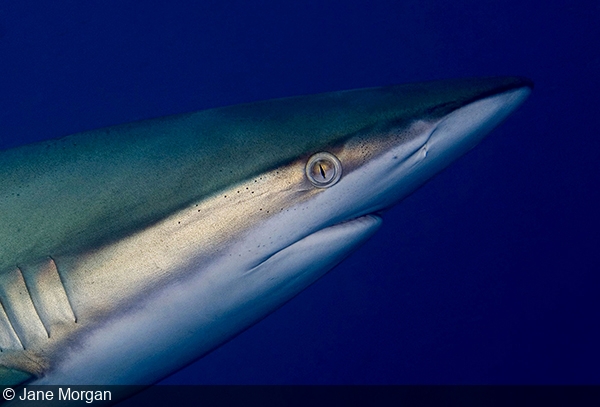 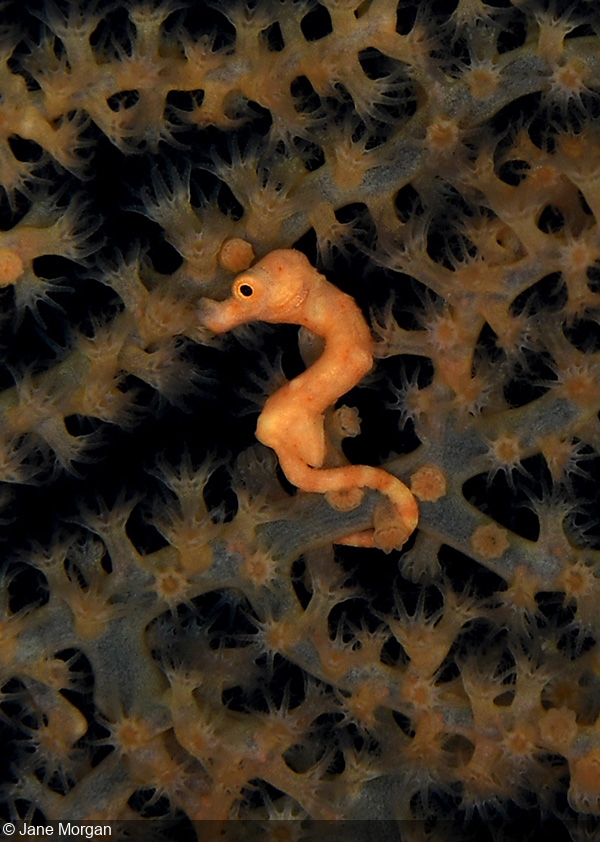 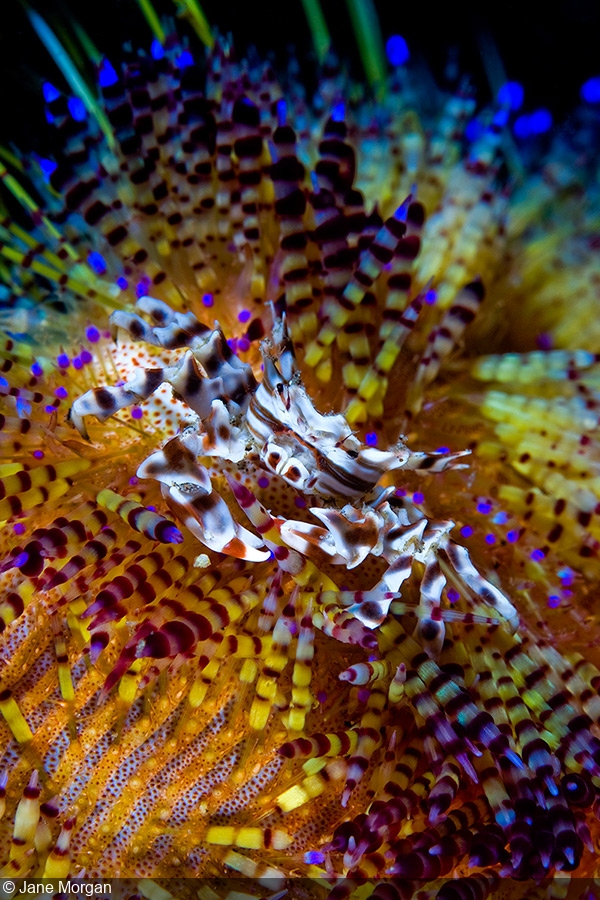 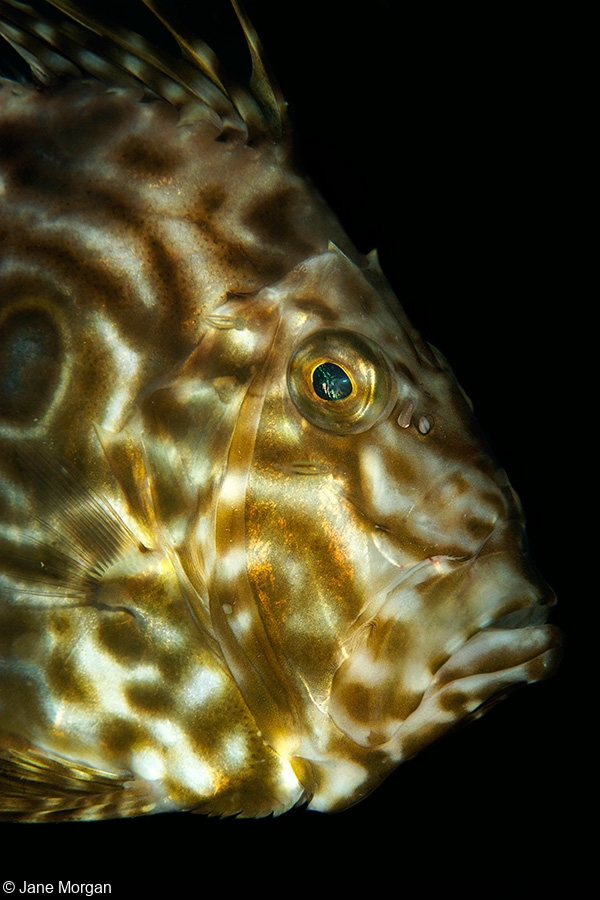 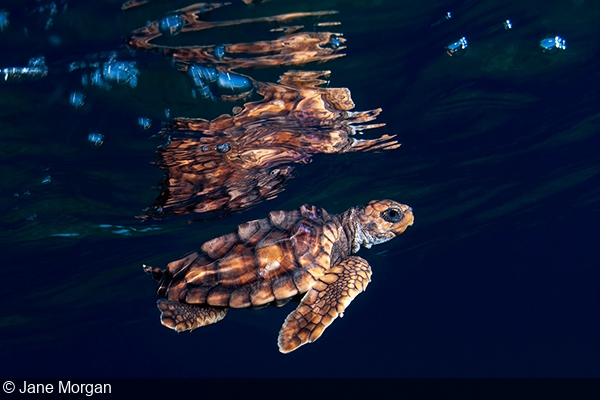 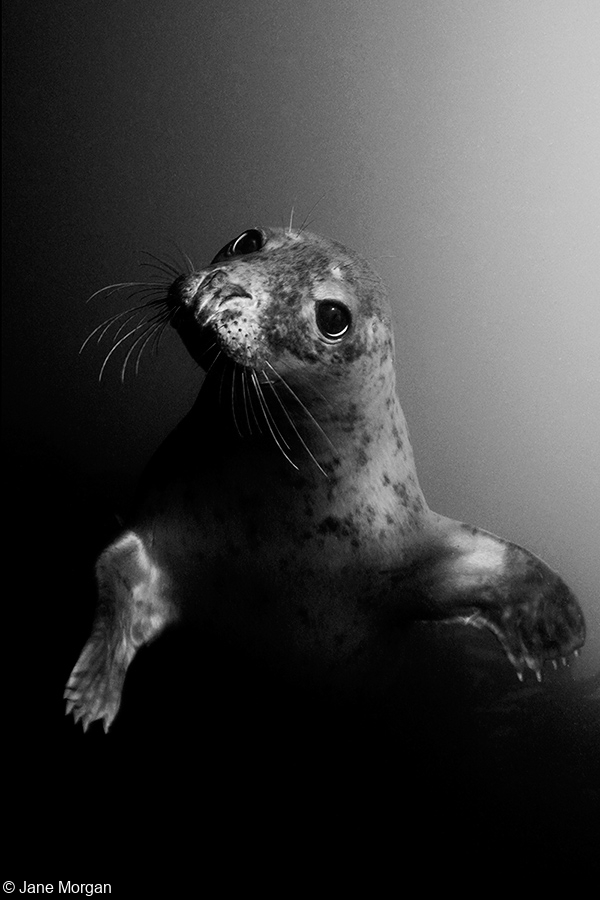 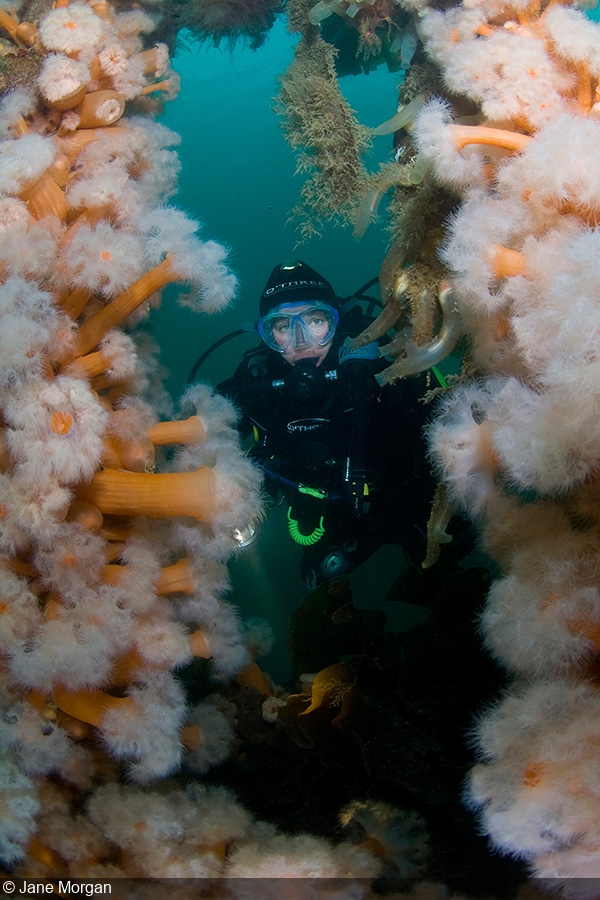 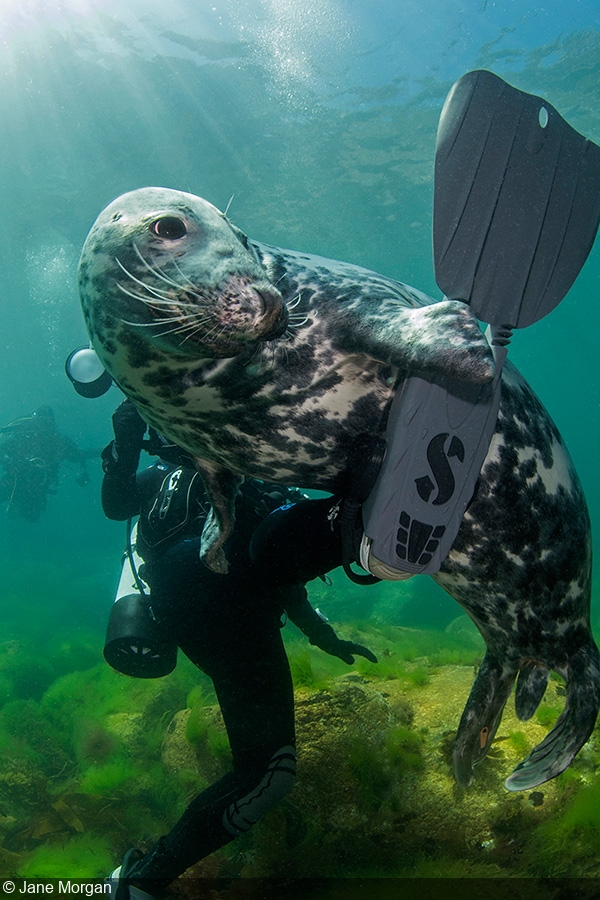 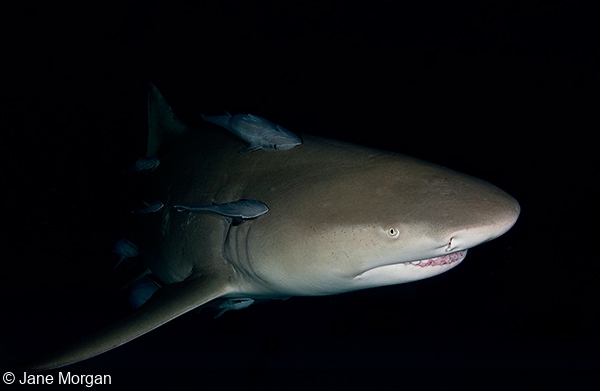 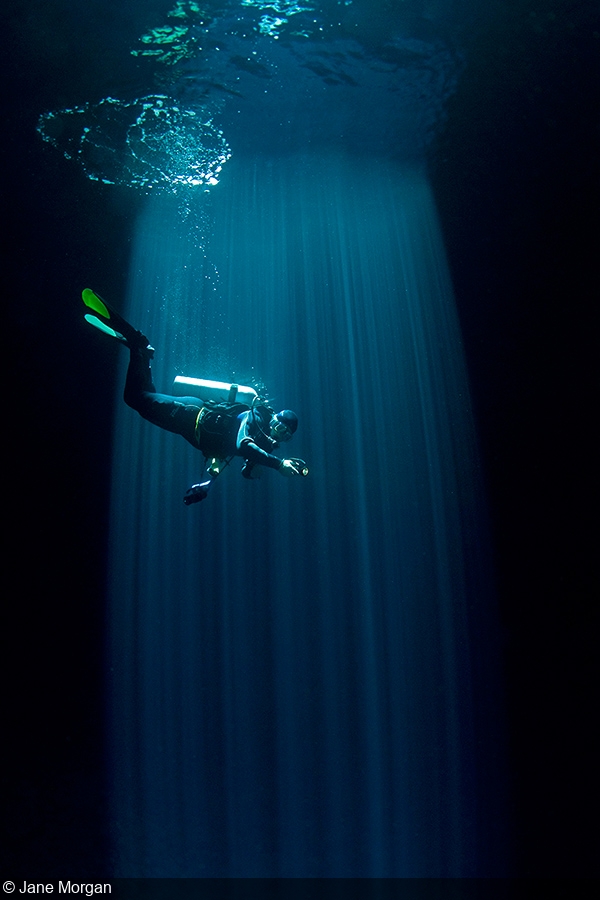 Diving in the light, Cape Verde 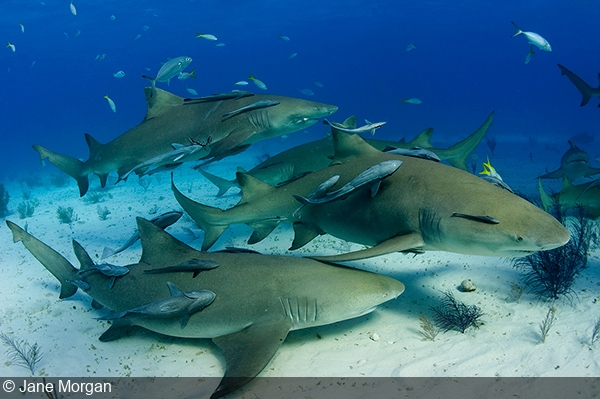 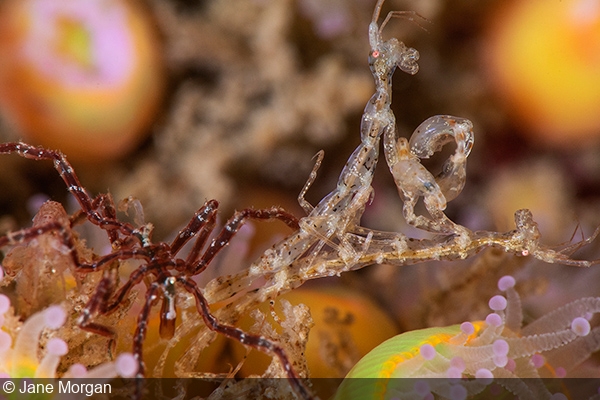 Skeleton shrimps do battle while a sea spider runs for his life, Scillies, UK 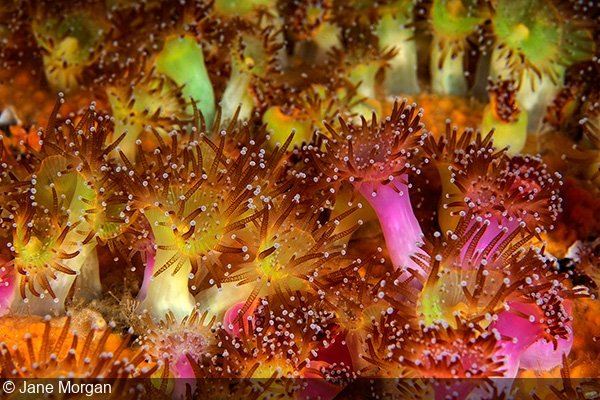 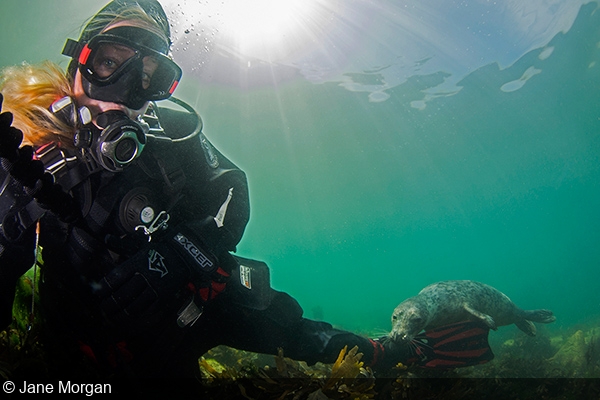 To see more of Jane’s excellent images, check out her website, www.janemorganphotography.com.

Sandra Salzar wrote:
Amazing... this is one of my dreams to explore underwater beauty.

download mp3 wrote:
Thanks i've been trying to edit account details,, <a href="https://kingjamz.net/">mp3 </a>was finally able to do it

Kevin Lee wrote:
I have added to my favorites..

Zenilia Peter wrote:
such an amazing underwater photoshoot
You must be logged in to comment.
Support Our Sponsors
Advertise With Us
Newsletter
Travel with us