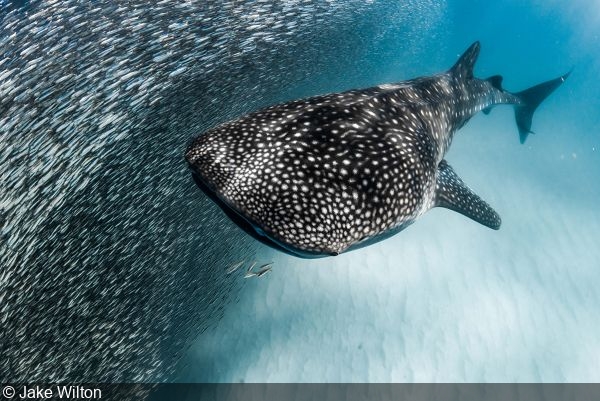 A whale shark stalks a large school of fish while hunting on Ningaloo Reef, Australia

Jake Wilton is a professional underwater photographer working on Ningaloo Reef in Western Australia. Growing up in New South Wales, Jake fell in love with the ocean, and started diving and snorkeling from a very young age. He now has over a decade of experience in the dive industry, where he has logged thousands of dives working as a dive master and instructor. Since moving from his childhood home on the east coast of Australia, to Coral Bay in WA, he also developed a passion for freediving and underwater photography whilst working with some of the ocean’s most incredible wildlife and coral reefs.

There is clearly plenty of marine life to photograph in this part of the world, including manta rays, dolphins and sharks of all shapes and sizes. Most of Jake’s images are captured while freediving, so the action is all close to the surface in shallow water, where the sandy bottom provides an interesting backdrop to the animals, and there is plenty of ambient light to naturally expose each image. I like that he has submitted a mix of epic big animal encounters with some great shots of freediving models, and my favorite image of the lot combines both of these things by capturing a lucky diver swimming alongside a giant whale shark, providing an amazing perspective of the largest fish in the sea.

It just goes to show that you don’t necessarily need scuba gear to put together a collection of excellent underwater images, especially on Ningaloo Reef. Like many up-and-coming underwater photographers, Jake is keen to contribute to the conservation of the natural world, and judging by his portfolio, he looks certain to become a great ambassador for Coral Bay and the wildlife on the west coast of Australia in the future. 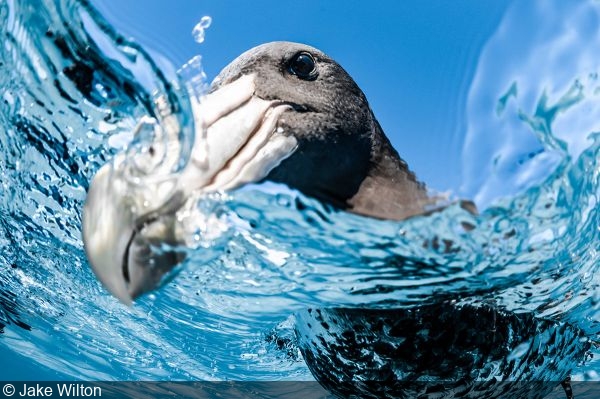 A southern giant petrel checks out the photographer in Coral Bay, Western Australia 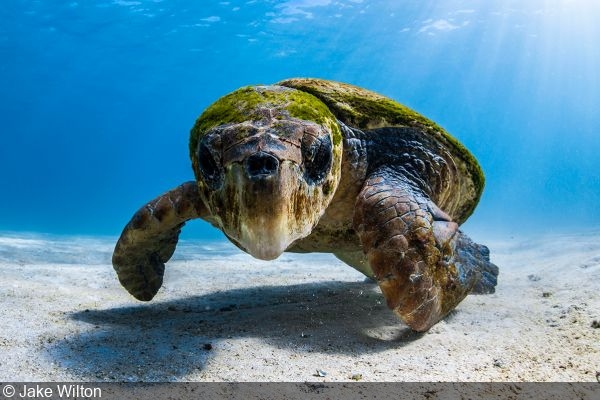 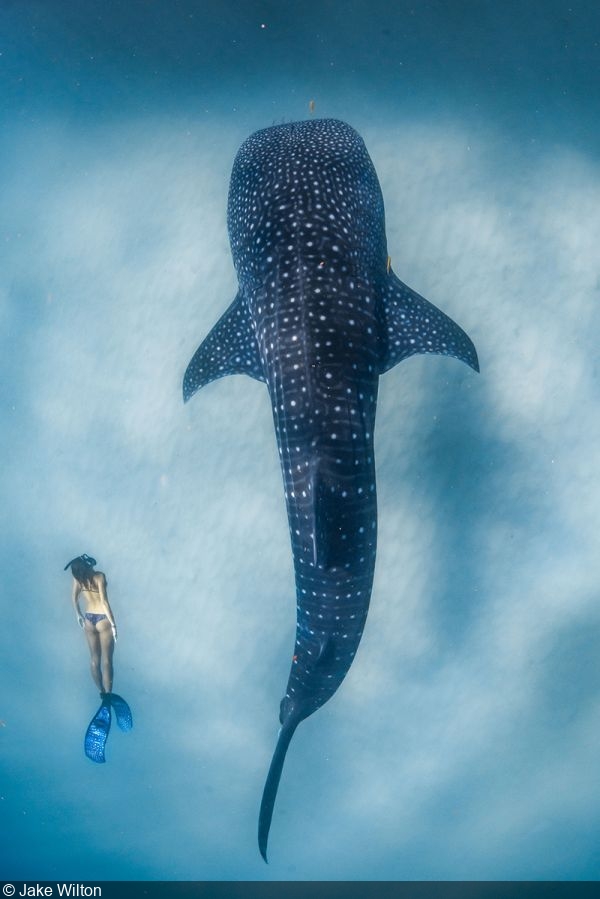 A freediver swims alongside an 25-foot whale shark on Ningaloo Reef, Western Australia 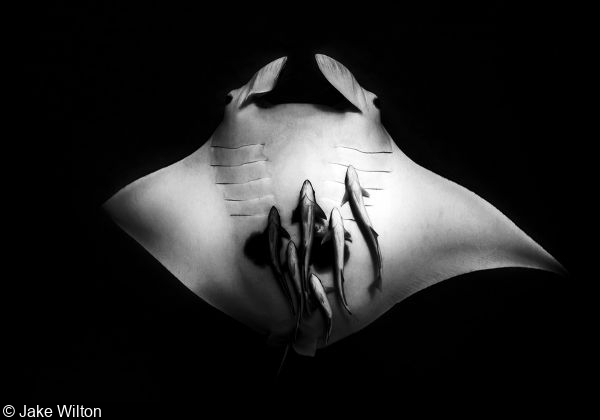 A manta ray turns upside down, allowing a perfect belly shot for the identification catalogue 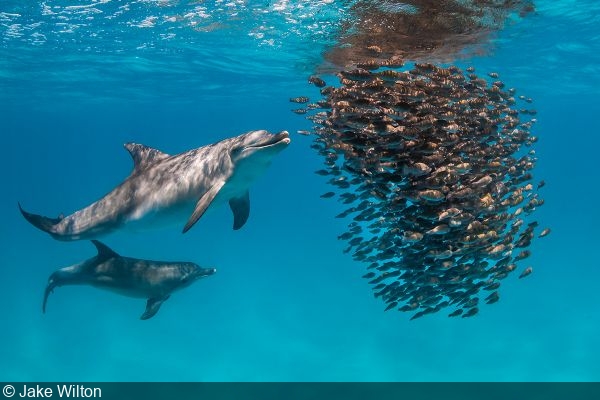 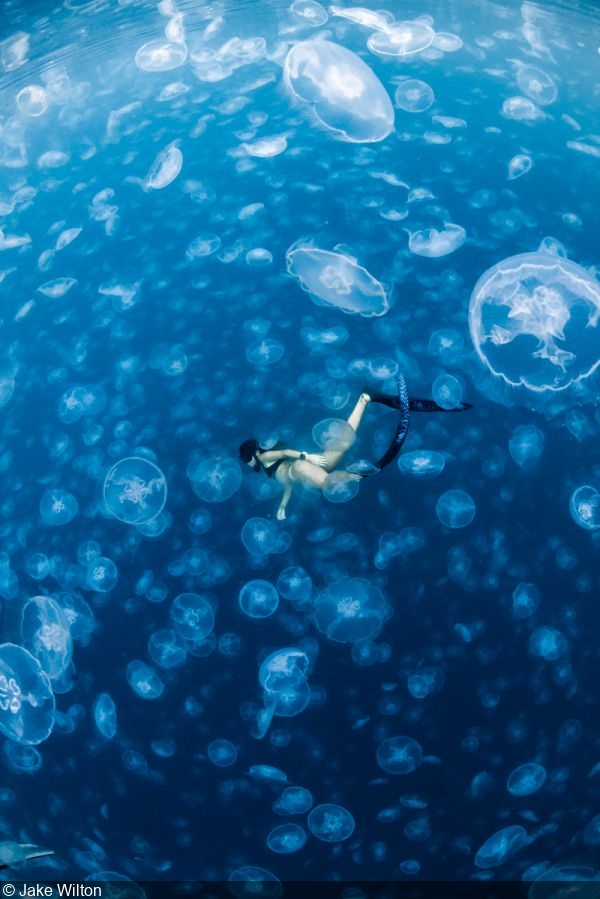 A freediver dives among an enormous smack of jellyfish in Raja Ampat, Indonesia 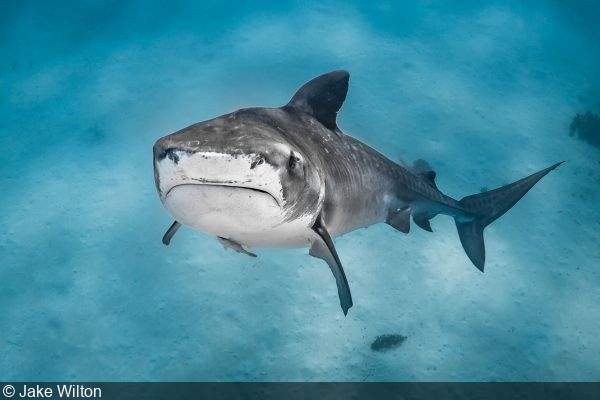 A tiger shark curiously approaches before continuing about her day on Ningaloo Reef, Western Australia 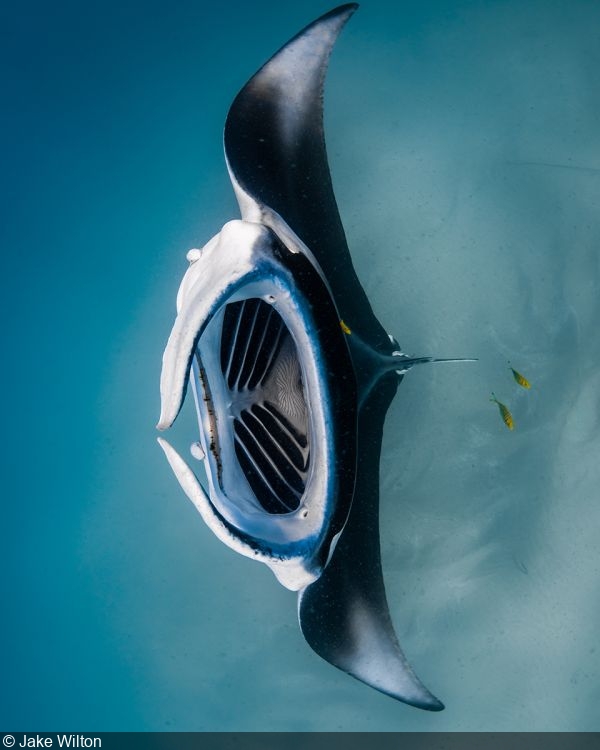 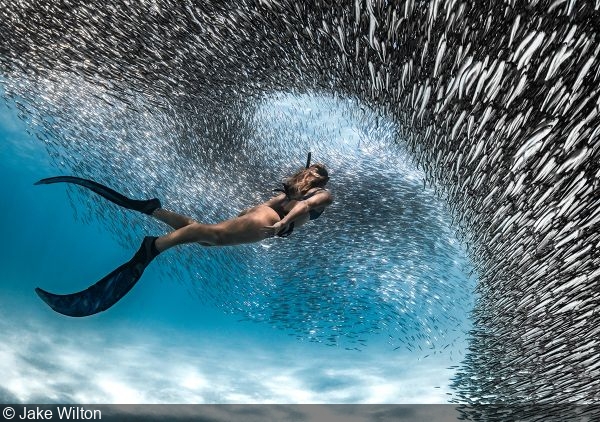 A freediver is immersed by a large baitball while freediving on Ningaloo Reef, Western Australia 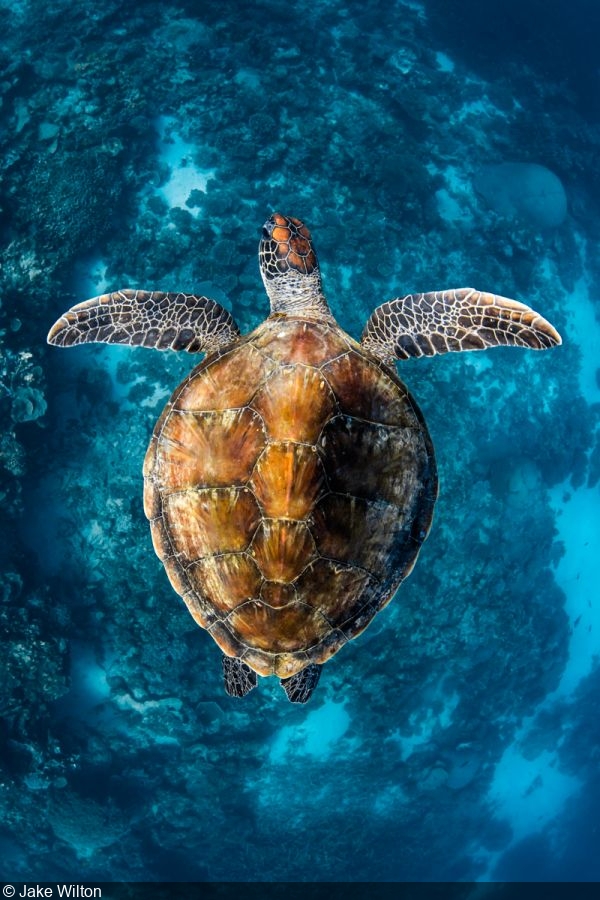 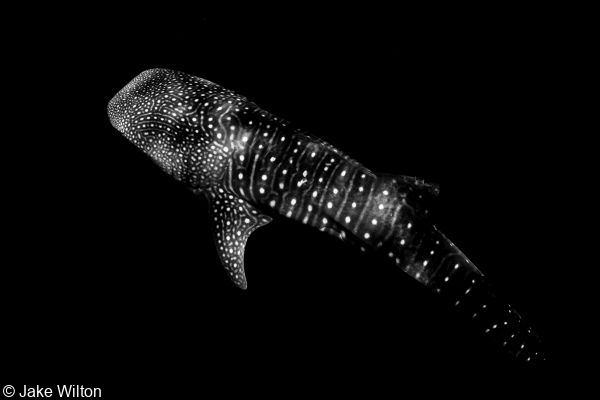 The largest fish in the sea in black and white 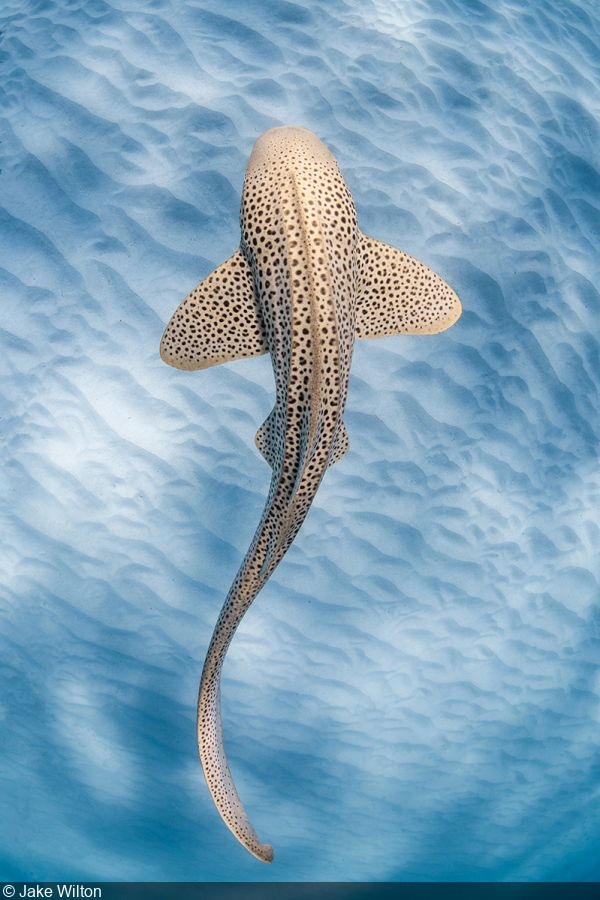 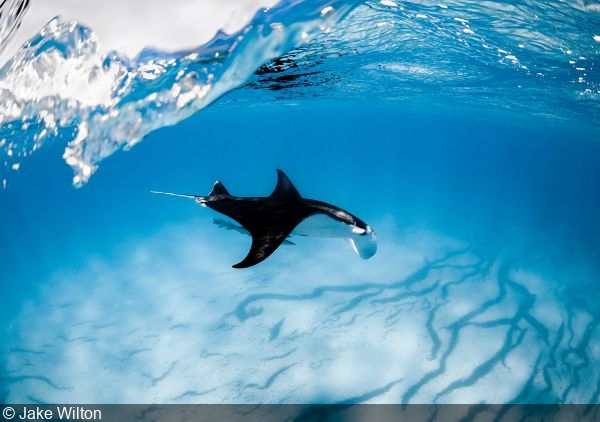 A manta ray cruises the shallow lagoons of Ningaloo Reef in search of food, Western Australia 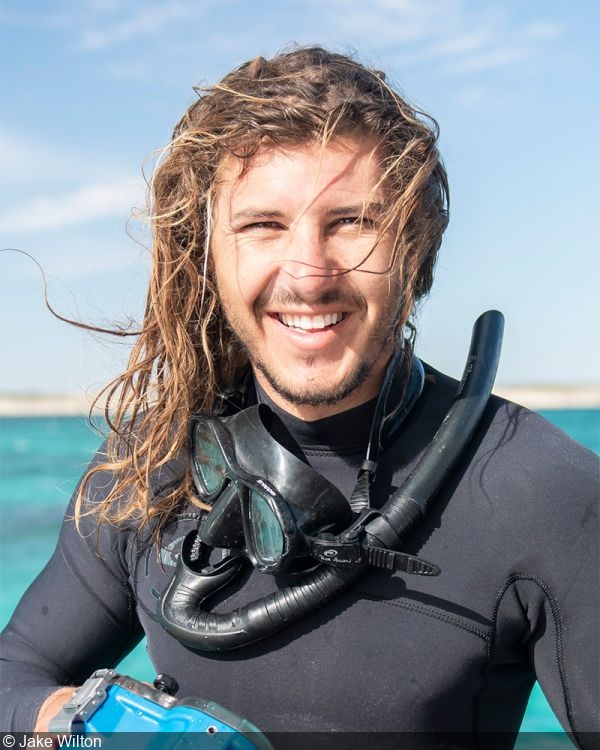 Jake doing what he loves most

To see more of Jake’s excellent images, check out his website, www.jakewiltonphoto.com, or his popular Instagram page.