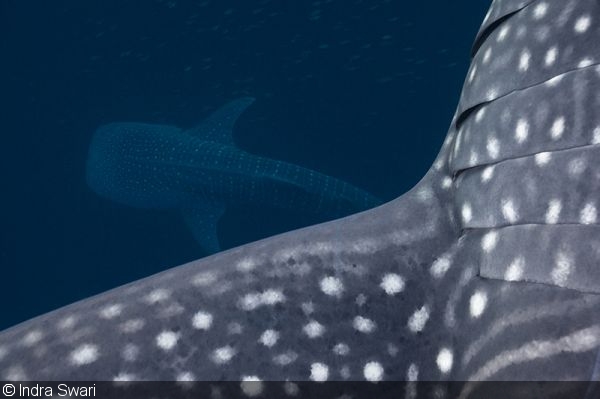 Indra Swari’s affinity for aquatic and terrestrial wildlife, ignited from an early age, was largely influenced by Sir David Attenborough’s nature documentaries. Indra acquired her first DSLR in 2001 and by 2003 she found herself immersed in underwater photography. Soaking in as much as she could, her photography skills quickly developed, and in 2006 she decided she had outgrown her compact camera and upgraded to an underwater housing for her DSLR.

With a love for both wide-angle and macro photography, Indra rarely dives without both systems close at hand. Her 15 years of underwater photography experience and diverse skill set shine through in her outstanding images. The unique perspectives and calming colors she achieves are inspiring for both budding and professional photographers as well as provide a great deal of insight into the lives of marine species many will never meet.

Fueled by her desire to achieve superb images, Indra’s perseverance has paid off in numerous international competitions and resulted in features in several books. As a product of her lifelong love affair with the natural world and passion for photography, in 2014 Indra’s “Passing Giants” image (above) was awarded in the underwater category of the prestigious Wildlife Photographer of the Year competition. The man that fuelled her curiosity of the natural world, Sir David Attenborough, attended the exclusive event in London, and it was there that she finally, and rightly so, got to meet her childhood idol. 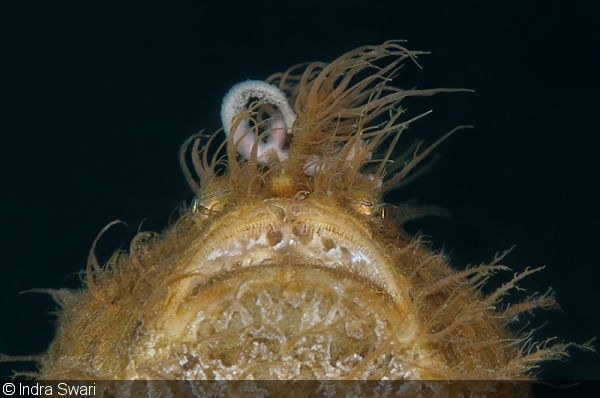 Following a big meal, this hairy frogfish could not lie flat—hence the unique angle 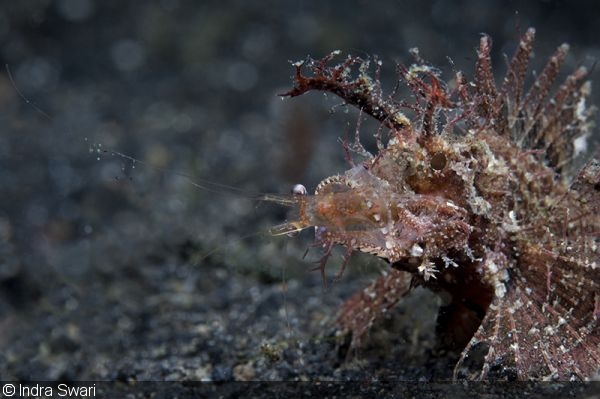 Rhinopias frondosa on the hunt—however, the shrimp managed to escape! 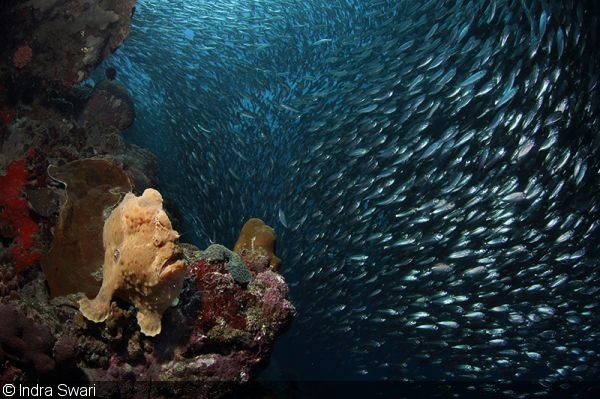 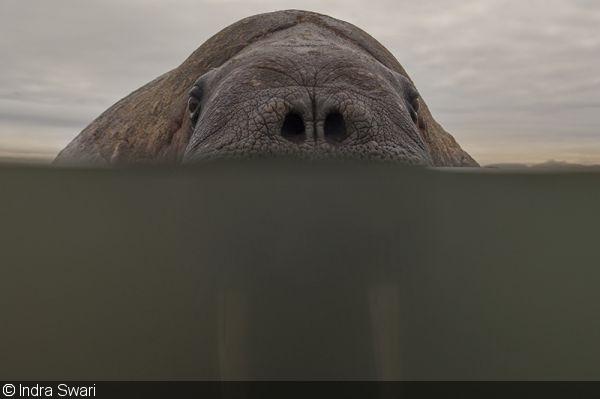 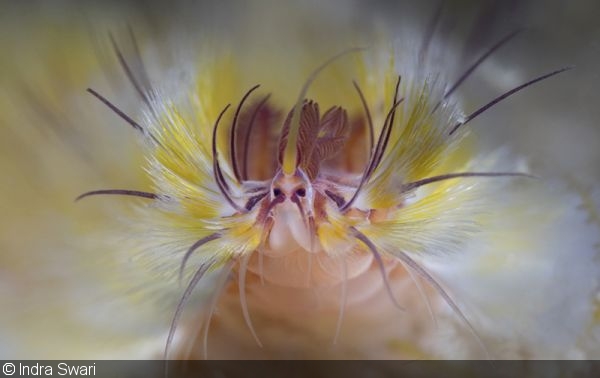 Often ignored, these common worms have lovely detail close up 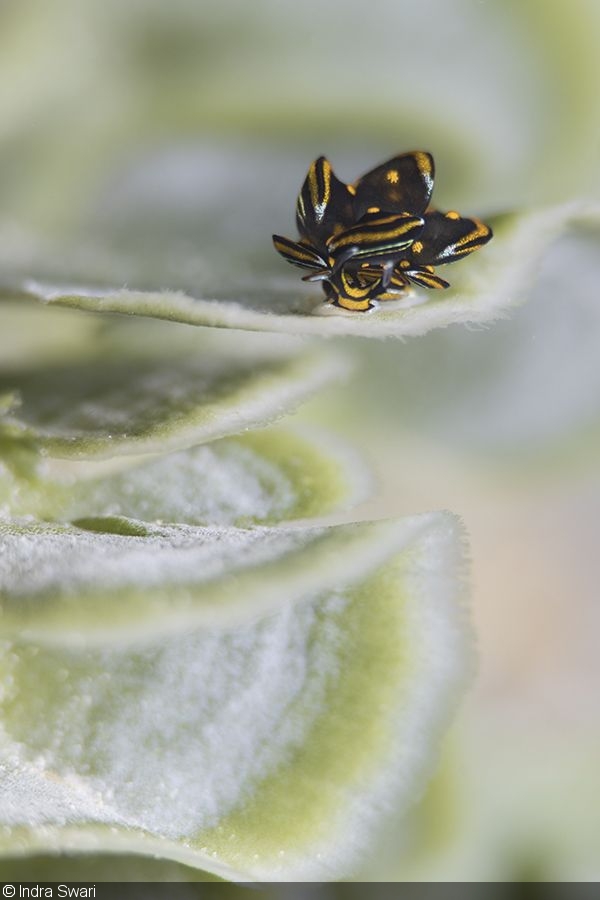 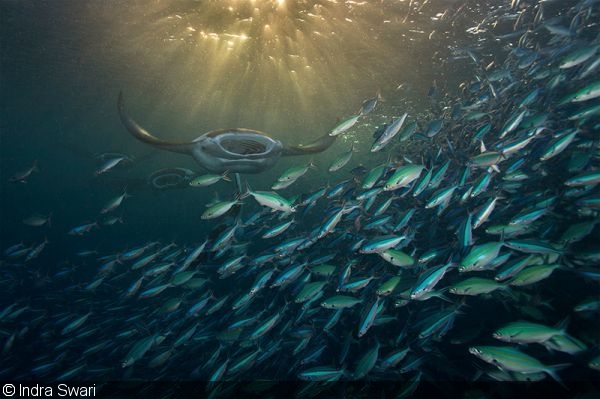 As the plankton bloomed during sunset, the mantas and other fish were feasting 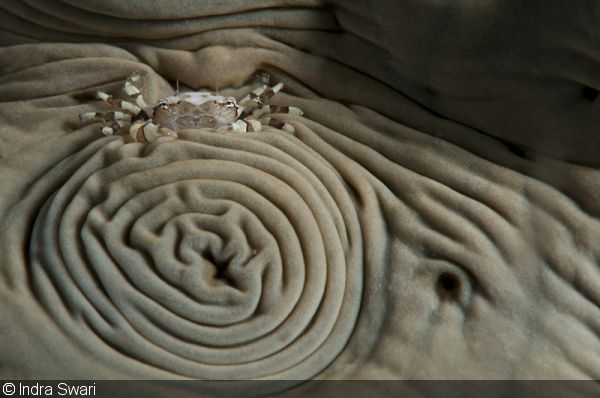 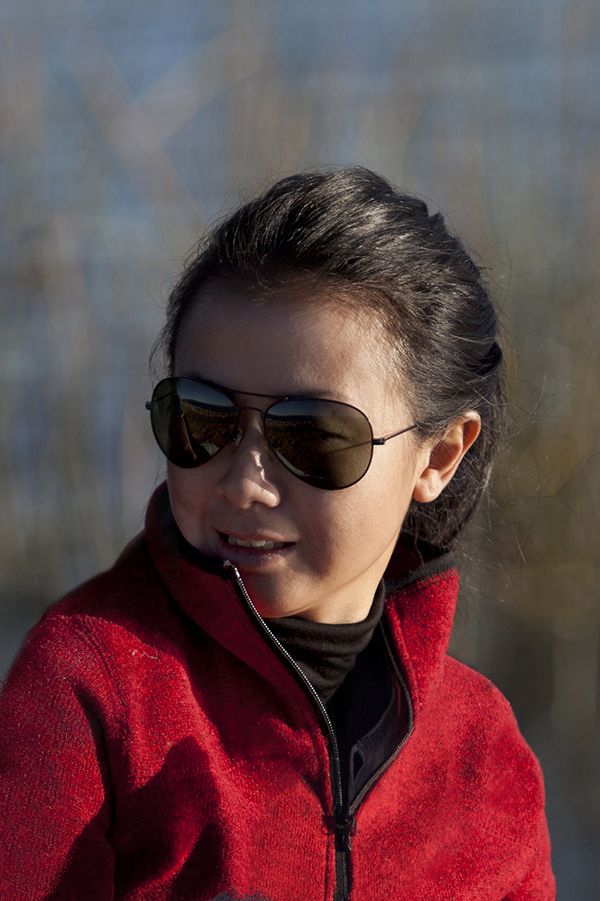 For more of Indra's outstanding images, check out her website, www.indraswariw.com. 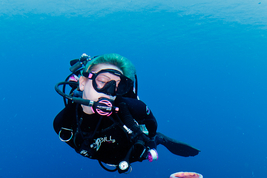