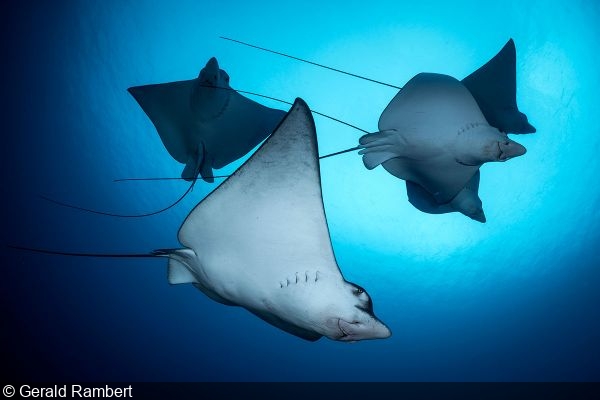 This week’s featured photographer, Gerald Rambert, was born in September 1979 and grew up in the northern region of the island of Mauritius. After completing his education in the French Lycée, he worked for four years in agricultural research and development before pursing his dream to explore the underwater world and work in the dive industry.

Fascinated by fish and photography at an early age, Gerald was an enthusiastic aquarium owner and freediver before training to become a scuba instructor in 2001. Selling up everything to pay for his certifications—including his beloved aquarium—he achieved the highest grades in his course examinations and was soon combining his passion for scuba diving with his first steps in underwater photography.

His first underwater camera was a Canon PowerShot A20, which he purchased from his good friend Mathieu Meur, and he quickly learned the basics by studying other photographers’ work and experimenting with different techniques. After pushing his compact camera to its limits, Gerald added an Inon flash to his arsenal, which took his photography to the next level. Eventually, he was able to upgrade to his first DSLR, a Nikon D70, and really work like a pro.

As his photography continued to improve, he began to attract the attention of dive magazines and websites, and did some freelance work for Diver magazine in the UK, which gave him the opportunity to travel more often and cover some new dive destinations. The images he captured on his travels went on to win a number of underwater photography competitions, further enhancing his profile. Today, Gerald runs his own diving school in western Mauritius and leads underwater photography workshops once or twice a year with the Siren Fleet and Master Liveaboards all over the world.

His portfolio is one of my favorites of the year so far, as it is bursting with color and features a variety of different subjects and techniques from many different dive destinations. I particularly like the wide-angle reef scenes of fish and corals captured in Indonesia; I hope the reefs in Raja Ampat stay as vibrant as they look in these images for years to come. 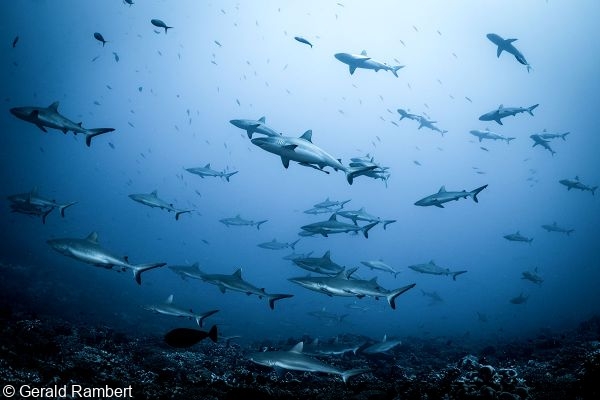 The famous wall of sharks in Fakarava, French Polynesia 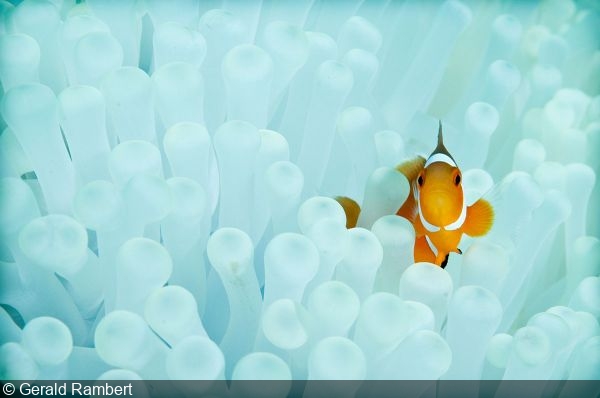 Clownfish on bleached anemone in the Philippines 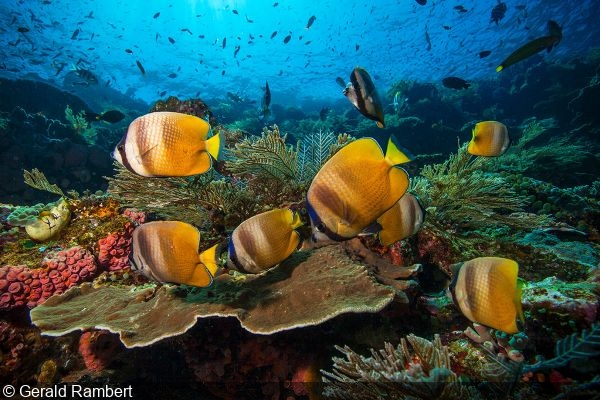 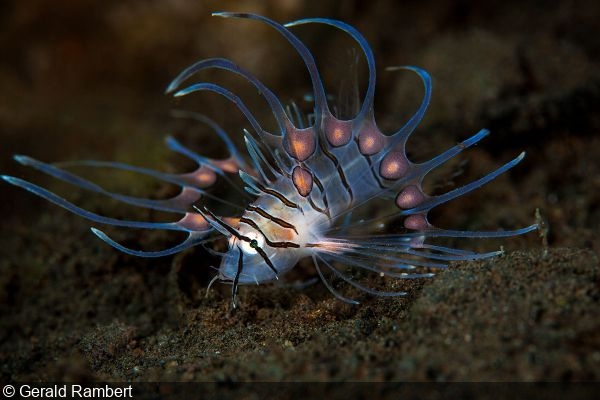 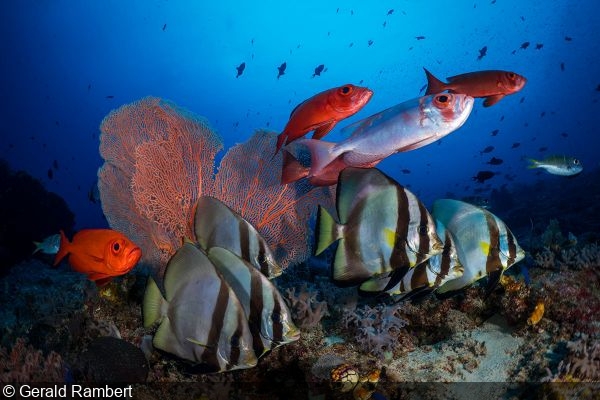 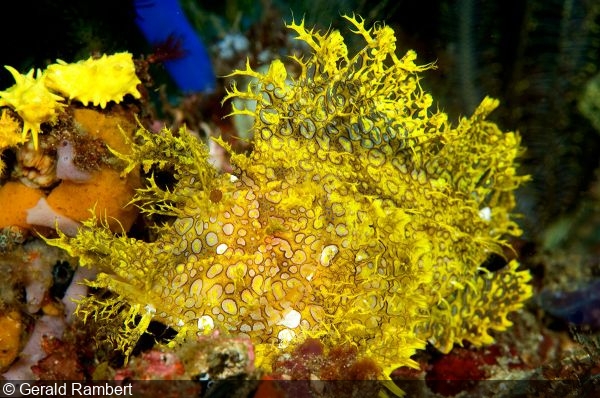 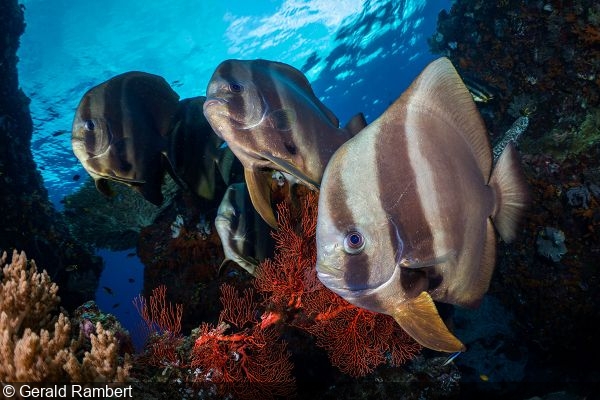 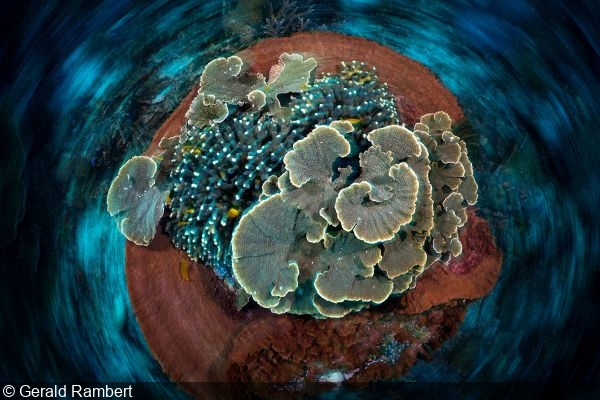 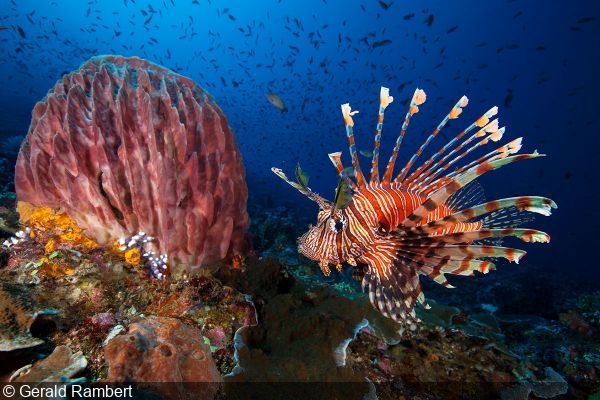 Lionfish on a reef in Komodo, Indonesia 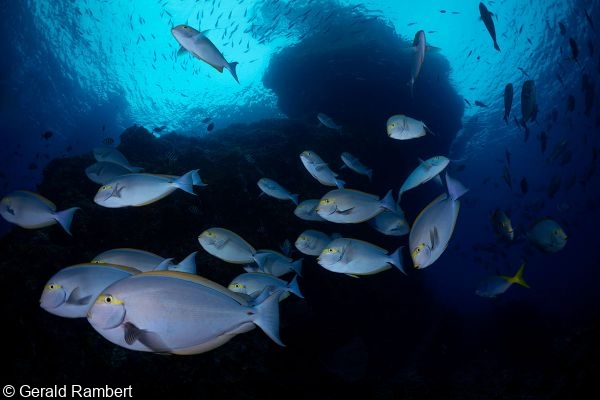 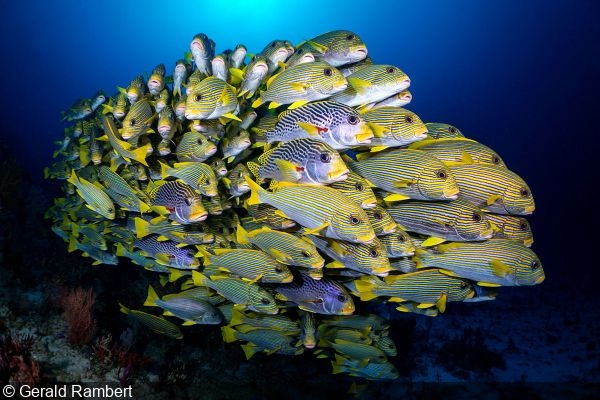 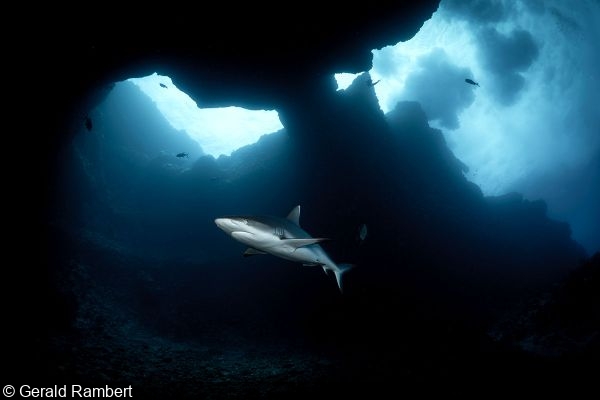 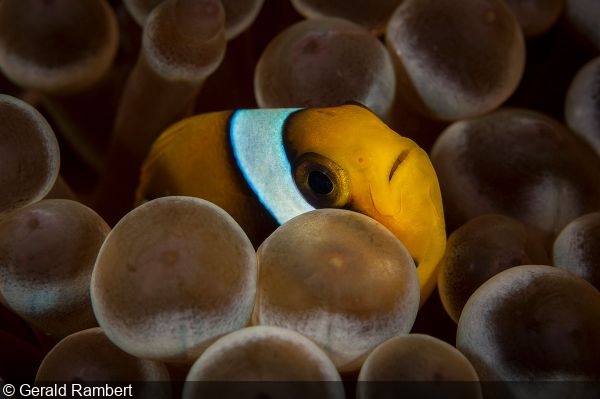 Mauritian clownfish in its host anemone 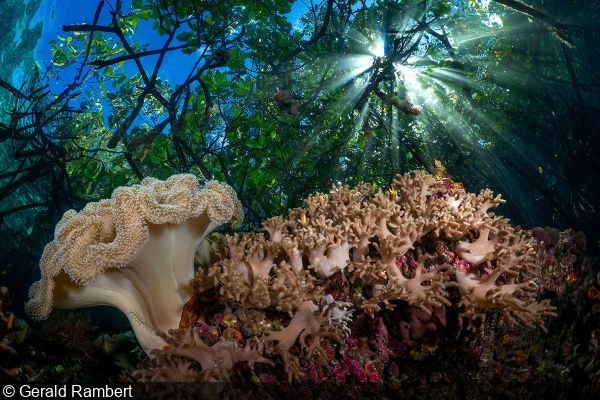 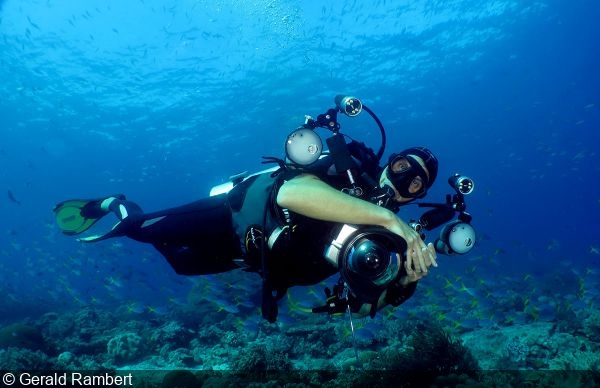 To see more of Gerald’s work, visit his website, www.geraldrambert.com.

Faiza Villa wrote:
Great job you have done budy!!! I like it

Ammy Wilson wrote:
Its such a beauty of nature..

Judith Wager wrote:
Such an amazing and great article details.

Ronica Hames wrote:
The last picture is crazy, we have so manny strange creature in the ocean, this world is so amazing,

Pihu Cruz wrote:
The photos you captured are wonderful

Rubina Sibertan wrote:
I love your gallery
You must be logged in to comment.
Support Our Sponsors
Advertise With Us
Newsletter
Travel with us