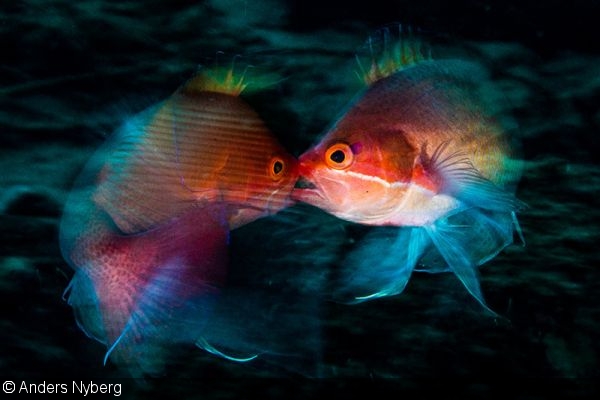 “The Fight”: Anders used a long exposure to give the image of these two male anthias fighting an ethereal glow and tangible energy

There are legitimate reasons for dipping into the piggy bank for a shiny new underwater camera setup. And one of them is if you’re about to embark on a diving journey around the entire globe.

That’s exactly the event that spurred Anders Nyberg to purchase a compact camera and underwater housing back in 2003 when trotting the globe with his wife. As it turned out, one of Anders’ images from that trip ended up on the front cover of Diver Magazine—and he’s been accruing publication credits and international photo awards ever since. His most recent award comes in the form of third place in the “Human Interaction: Making a Difference” category of the 2018 World Oceans Day Photo Contest in conjunction with the United Nations.

“For me, underwater photography and scuba diving is a form of meditation, to relax from the stress of everyday life and work,” Anders tells DPG. In addition to his freelance photography, the Swedish shooter is also an environmental engineer. 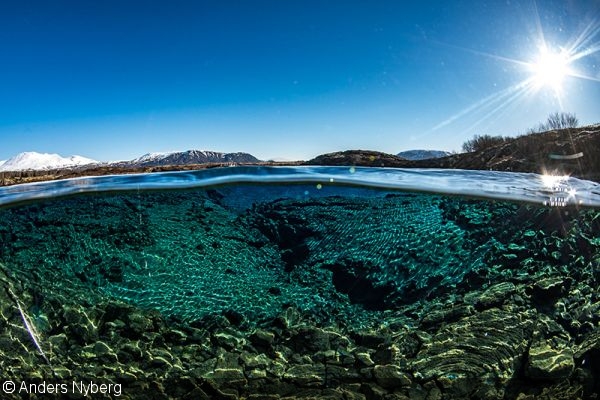 “Two Worlds”: The crystal-clear water of Silfra Lake in Iceland contrasts the harsh landscape above 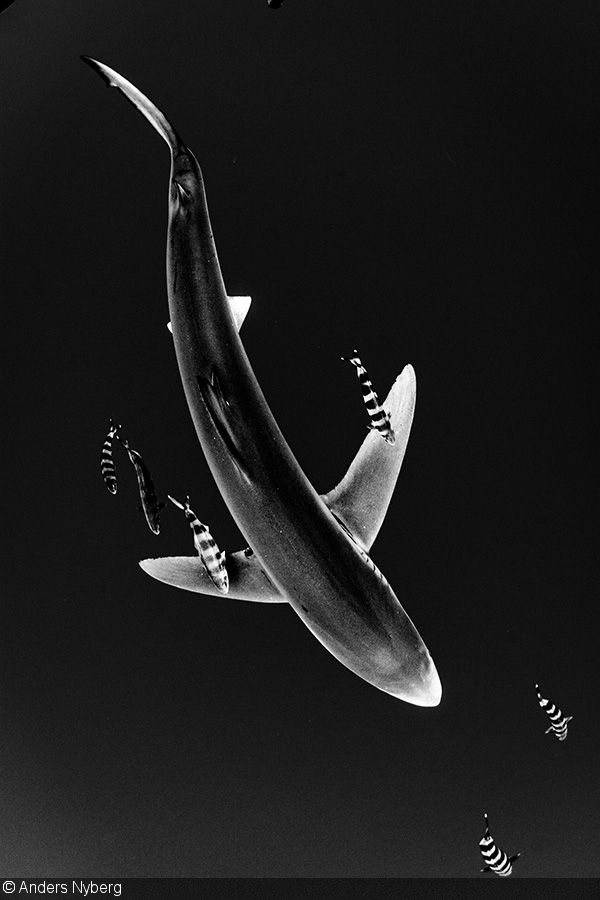 “Black & White Blue Shark”: The Azores is one of the few places in the world where you can dive with one of the ocean’s fastest fish, the blue shark 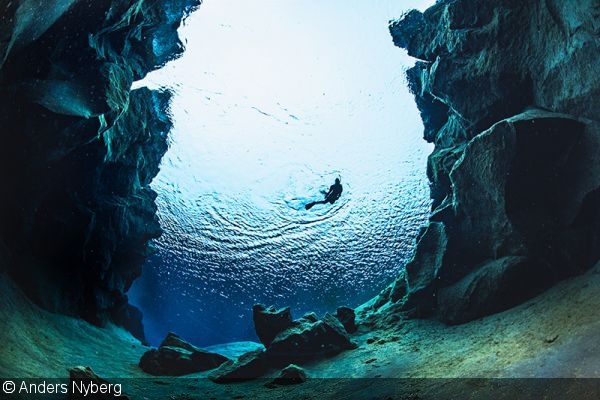 “Between Two Continents”: Silfra is a fissure between the North American and Eurasian tectonic plates in Thingvellir National Park 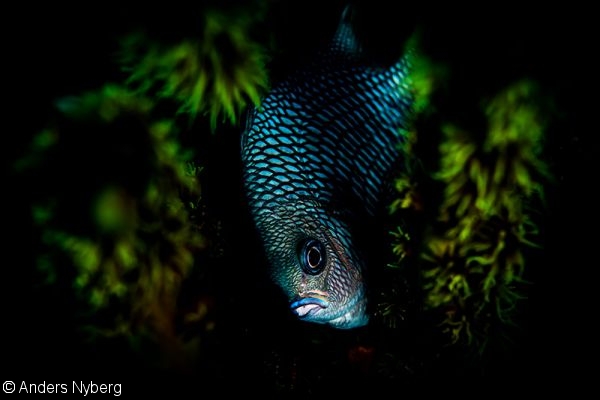 “In the Forrest”: A damselfish hiding in a coral required patience from Anders to nail the shot 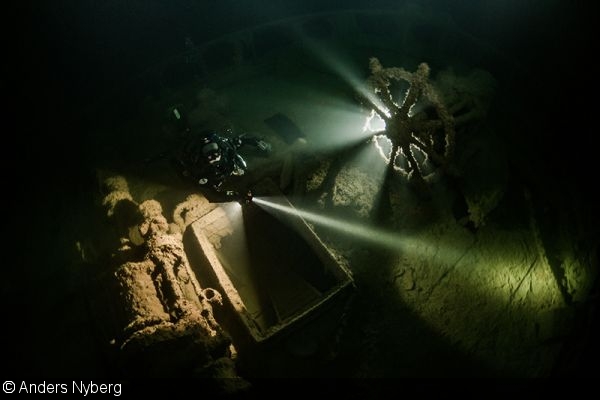 “The Wreck”: The SS Hornstein was a German cargo steamer that ran aground in the Baltic Sea in 1905 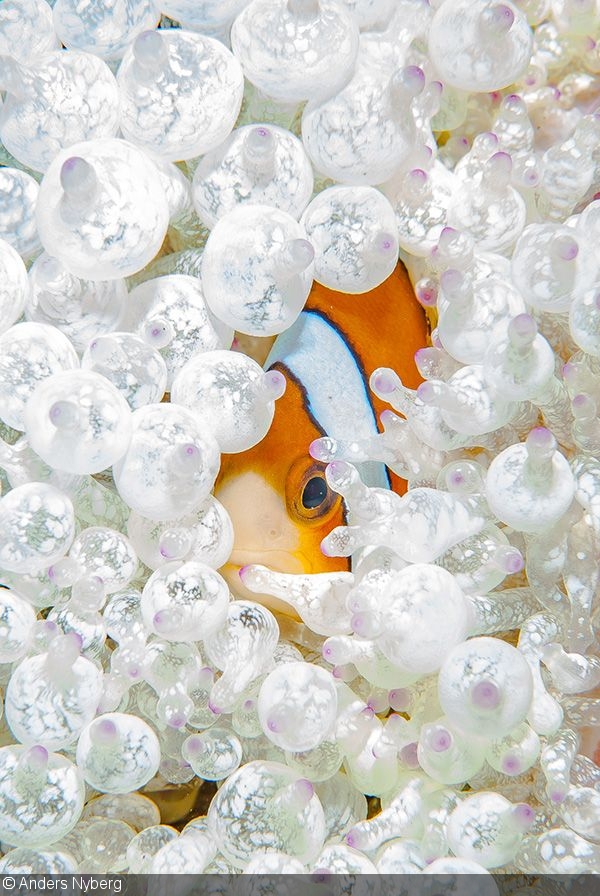 “Hiding”: This image from 2010 remains one of Anders’ favorites, as he can spend an entire dive with anemonefish 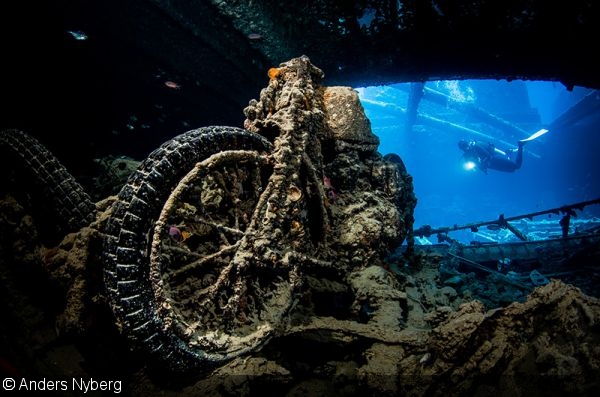 “Motorcycle”: A British WWII BSA M20 motorbike in the hold of the Thistlegorm, which lies off Egypt in the Red Sea 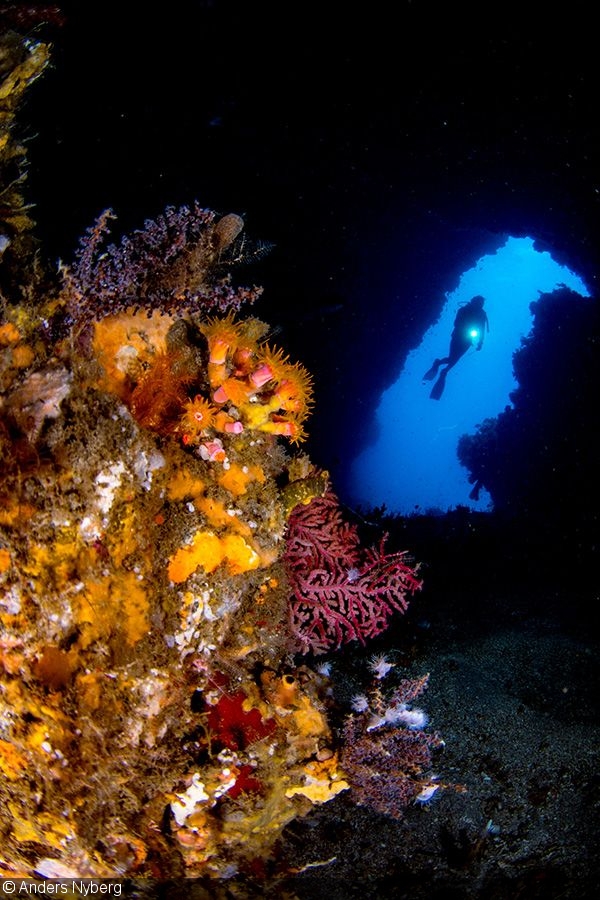 “The Cave”: A diver remains outside the dark cave, but if you add strobe light it’s transformed into a colorful place 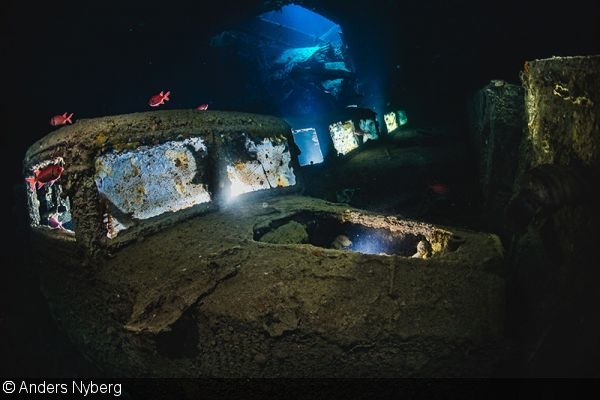 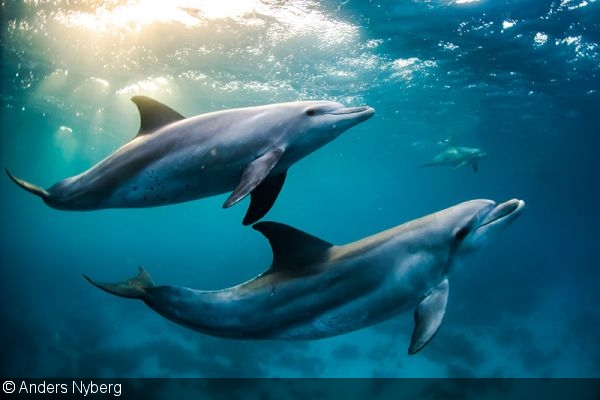 “In the Sunset”: An unforgettable occasion of swimming with dolphins at sunset 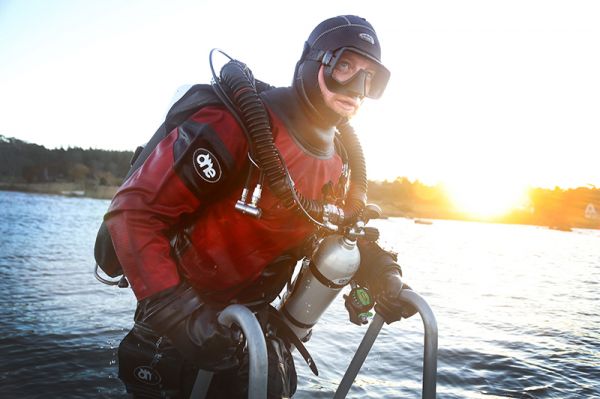 For more of Anders’ impressive work check out his website, www.WorldOceanPhoto.com.