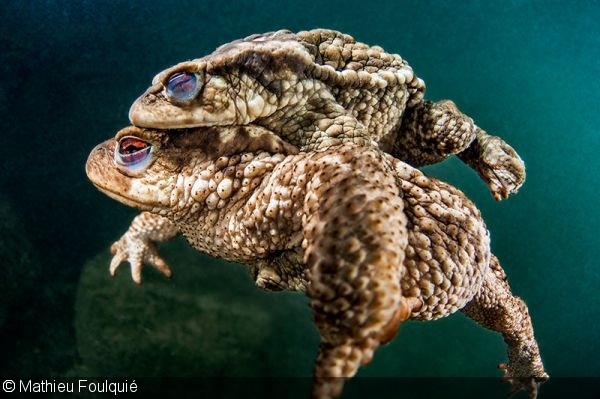 In January 2016, I was shooting in the Lez, the main river crossing the city of Montpellier in southern France. It was the very beginning of the mating season for toads. The day was coming to an end, and I had failed to find any interesting subjects—plus I was having a tough time carrying my heavy equipment and crossing all the weirs found on the river. With nothing special on my camera’s memory card, it was beginning to look like a wasted day. Then I decided to explore a little waterfall under the last weir, and that’s when I came across two “very friendly” toads. 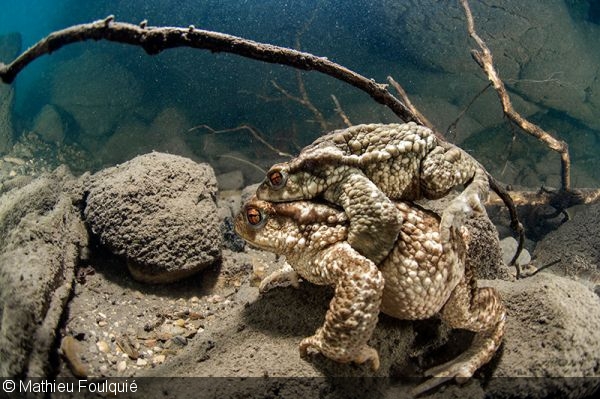 In southern France, the mating season of these common toads (Bufo bufo) is end-January to end-March. The males are generally smaller than the females

The two toads were resting in shallow waters in a spot a few kilometers downstream. I positioned myself just below the surface, with the small waterfall and the backwash generated by the weir in the background. Unfortunately, the sun was already going down, and I was running out of daylight, so I quickly rigged up my two strobes to provide the necessary lighting for my foreground subjects.

I was using a 10.5mm fisheye lens combined with a fisheye macro port, so I was able to get really close to my new leathery friends but still capture their moody riverine environment. After a few shots of the amorous toads on the riverbed, they launched themselves into the churning water—super-toad style!—and I was able to capture a dynamic image of the pair with the drama of the rushing water behind. 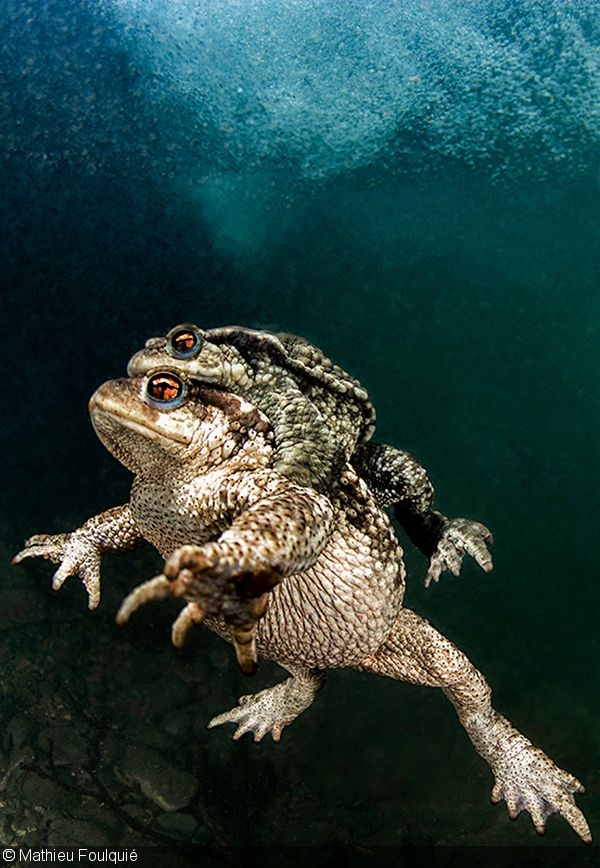 The male’s forelimbs are pushed into the armpits of the female, and the callused toes help him to maintain his grip 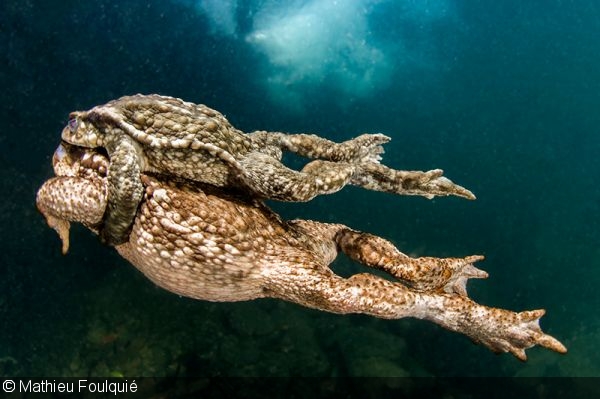 The male’s reproductive instinct is so strong that he will hang onto almost anything that moves—frog, fish, or even another male! 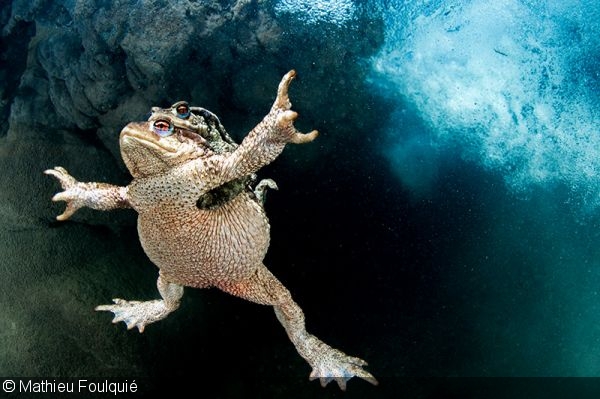 Mathieu Foulquié is a marine biologist and eCCR professional diver based in Montpellier, France. Check out more of his work on 500px.com and on his Facebook page.