I was recently on a photography assignment to Pele Island, Vanuatu - a relatively remote island with 4 villages that house around 300 people. Pele is surrounded by fringe reef and the locals live mostly off the sea. My assignment was to produce underwater marine life photography for a DVD that was being produced by the Pele Island Conservation Organization (PICO).

The DVD aims to raise awareness about marine conservation issues and is to be circulated amongst the pacific islands. The crucial part of this DVD is that it’s entirely narrated in Pigeon, the local language, which should enable it to circumvent cultural and language barriers that typically hinder English based conservation DVDs. 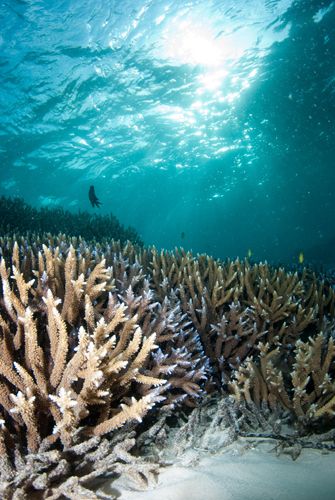 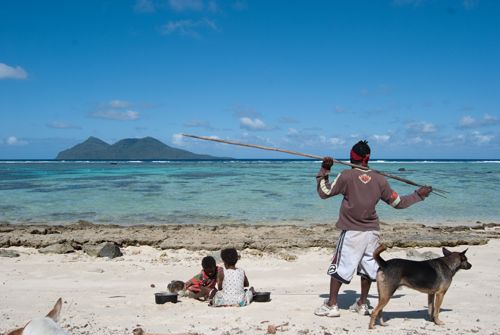 I was sitting in my bungalow editing photos when the community leader, Morris, came in and told me that he’d just received a tsunami warning from the neighbouring islands.  All he knew was that there had been a big earthquake and the government had issued a nationwide warning.

I quickly packed up my belongings. I filled my Lowpro Trekka backpack with a full DSLR kit including housing and strobes. I slung my laptop bag over my shoulder and headed out the door. Just before I left I realized I’d left my backpack and housing sitting on a work bench. Normally, I’d leave it but a friend loaned the housing to me and I didn’t know whether it had insurance. I quickly grabbed it and ran out the door. All the villagers were trekking up the main hill on the island. It rises to 600m above sea level. I figured we’d be relatively safe once we starting walking up. 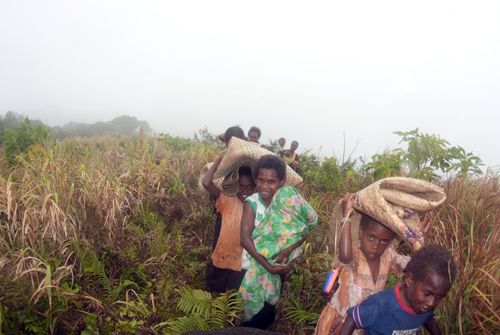 The going was slow as the path was covered in jungle growth. The piccaninny (children) led the way with children barely older than 10 carrying younger children on their backs. The chatter was incessant as we made our way higher. Unfortunately, I couldn’t understand the local language so I wasn’t fully aware of what had occurred, only that there was a tsunami warning and the villagers were taking it very seriously. The younger children were obviously scared as we hacked and bashed our way through the jungle to get to a higher vantage point.

The adults were carrying a mishmash of gear up to the higher grounds. Some carried saucepans and food while others carried makeshift tents. All of the youths carried machetes that were often nearly a meter in length.

We cut through jungle and cane fields before finally reaching the summit. Once there, everyone’s gear was placed under a waterproof tarp to protect it from rain which had started up. Clouds rolled in and obscured our view of the ocean so we couldn’t tell whether a tsunami had hit or not. The children gathered around large rocks and used them for shelter while the adults stood in the rain with worried expressions. A few of the adults spoke English but they were still unsure of what was happening with the tsunami. You could feel the tension in the air. 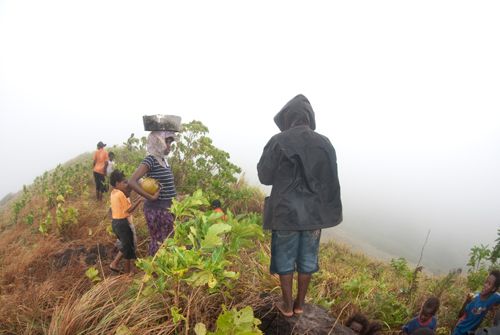 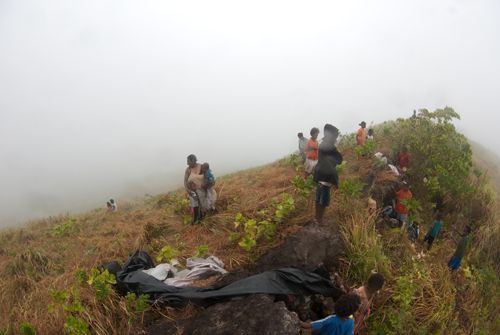 The rain started falling harder and everyone gathered under tarps.  I looked around to see the villagers eating, drinking or putting on jackets. I looked at what gear I had brought – A camera, a laptop and two underwater housings – clearly practical survival gear.

The rain and cloud coverage was so thick now that we could no longer see the shoreline from the summit so we couldn’t actually tell if a tsunami had hit.  The rain poured down and we sat in the wet and waited.
The islanders quickly cut up coconuts and bananas for everyone to share. Roughly an hour passed before the islanders decided that enough time had elapsed and we could begin our descent down from the summit.  The descent took about an hour so approximately three hours passed from the time the warning arrived to the time we returned to the village. 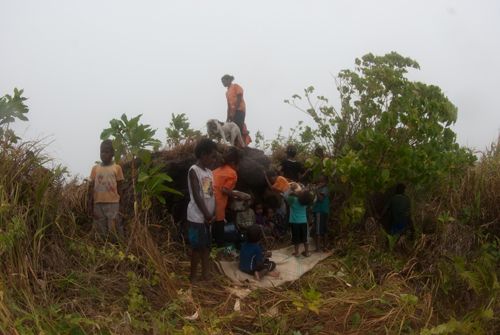 We reached the bottom warily and the locals quickly returned home to turn on their radios and listen for reports. The government had issued a warning saying that no one should be on boats for another few hours.

I made my way back to the bungalow. I was hot, sweaty and exhausted. My shoulders were killing me from carrying the 20 odd kilos of underwater camera equipment up to the summit.

Later, that night the 4 villages held a gathering called “navilnanga ni navasadodomadakiana” which roughly translates to “thanks giving”. I spoke to Morris, the community leader, and he told me that today was the first time that the 4 villages had ever evacuated in their history and they were gathering to offer a pray that nothing detrimental had occurred.

The tsunami warning was definitely a scary event and not something that should be taken lightly. Needless to say, it was one of the more unusual adventures I’ve had through diving.

I guess the moral of the story boils down to one main point – when faced with an emergency, don’t try and lug two housed Dslrs up a mountain to safety; they’re water proof for a reason. 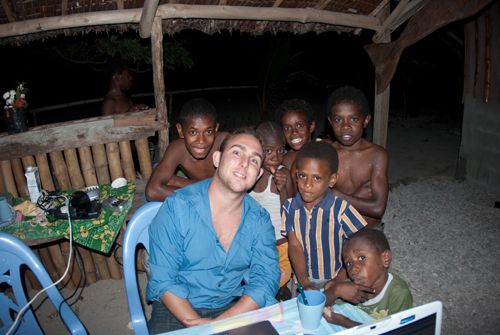