When  I got the assignment to shoot the Southern Right whales of South Africa , I thought  that the  biggest challenge would be to achieve the permits , and while it a lot of time to get the paperwork done this, this wasn´t even close to the real challenge. I would soon learn that finding a whale that would let me get close enough would be the real challenge. 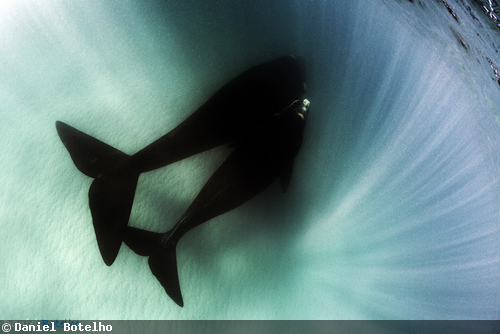 For photographing Southern Right whales, I chose to shoot with the Nikkor 16mm lenses and a D3X body. I knew there would be the possibility of needing to shoot in low light, and the D3X performs well in  at high ISOs.

Visibility was so bad that sometimes we were able to only see the shadow of the huge animal. To make matters worse, the whales were really shy and avoided our contact. The worst is when you get a shy animal and bad viz, because of the milky water forces you to get really close to the whales. However, how close you get to the whales is up to the whale. 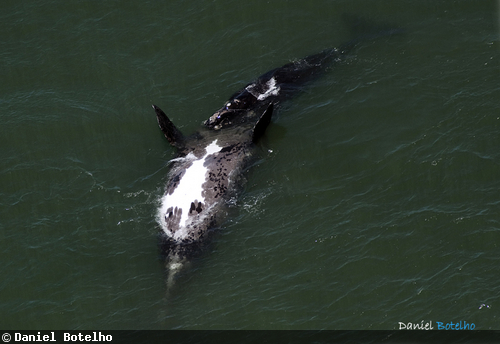 One thing I have learned in the field is that when you are dealing with whales, you need to play by  their rules. If they don´t want you to get the shot , you don´t get it. What you hope for when working with whales is that you get a playful one.

During dozens of drop ins we saw nothing. I believe that most of the time noises from SCUBA scare the whales away , so I decided to snorkel all the time. Sometimes we tried to not spook them by leaving the boat behind, but this wasn´t something we were comfortable with considering we were in Gansbaai , in front a beach  where a  week before a pilot saw seventeen great whites patrolling . I was wearing all black with a pair of split fins, so with the bad viz a great white could easily mistake me for a seal and breach on me. It would be all my fault, certainly a stressful situation... 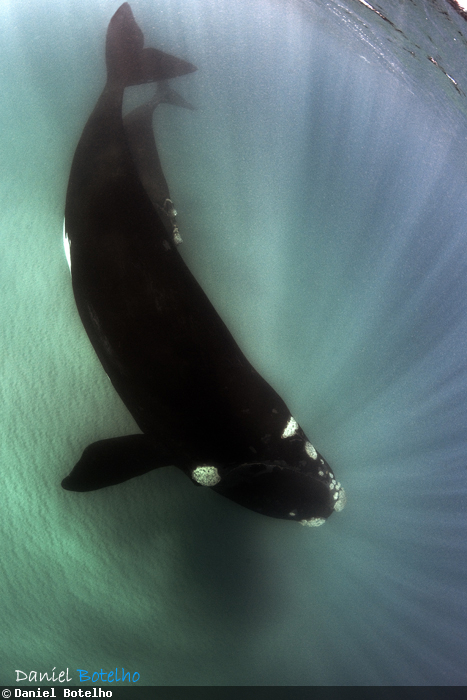 After a long wait and many trials, I got on the right end  of a playful whale , and during around three minutes of intense interaction  I was able to make all image scenarios I had envisioned and more!  The hard work had paid off and my theory that when photographing whales, you play by their rules continues to stand true. 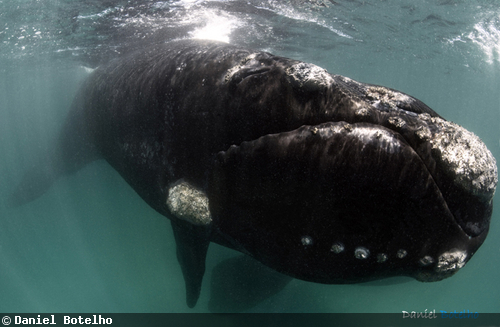 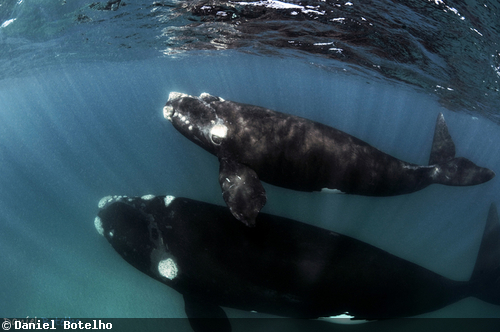 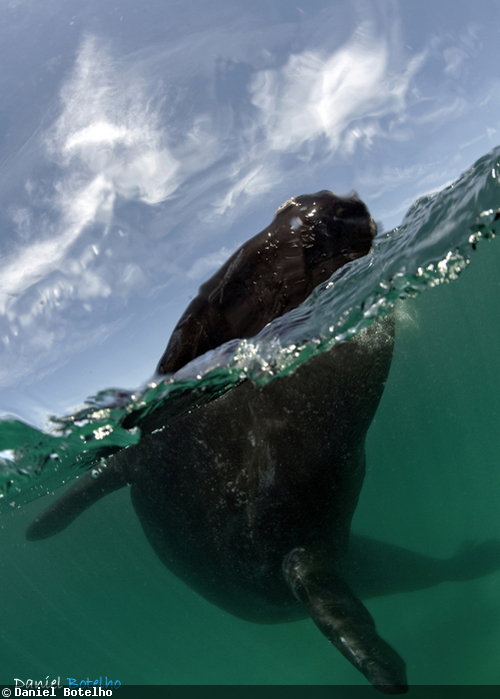 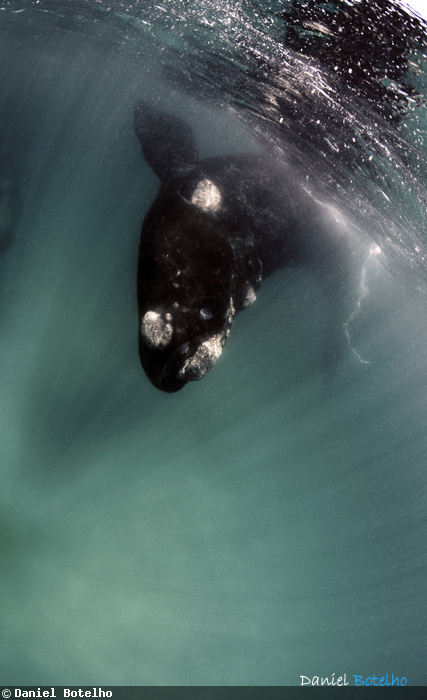 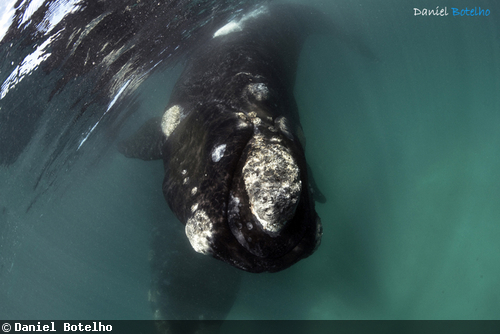 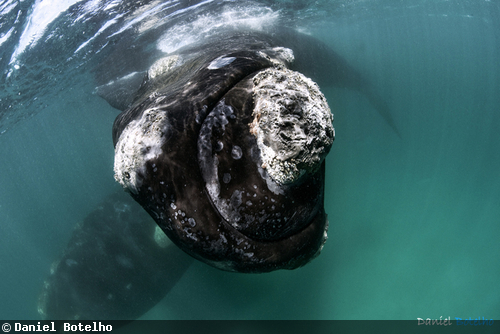 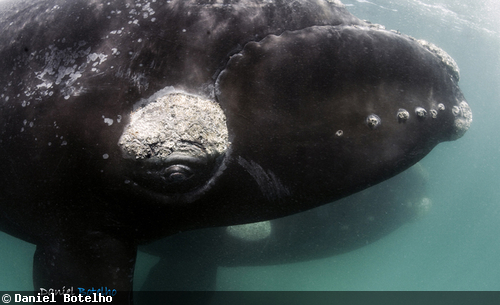 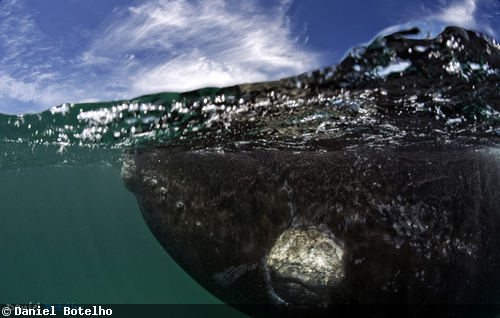 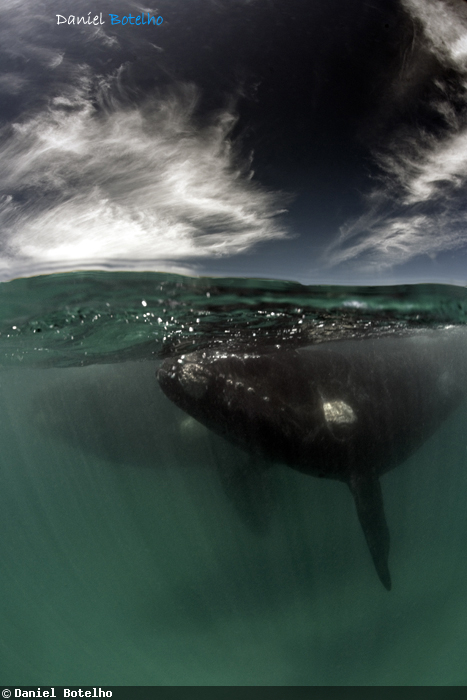 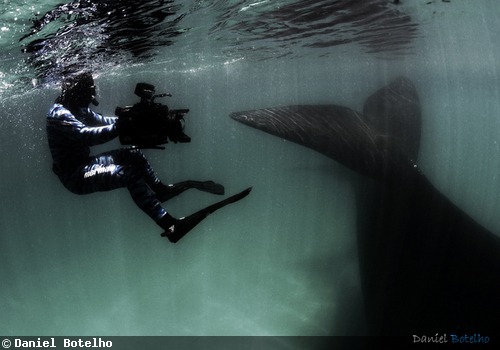 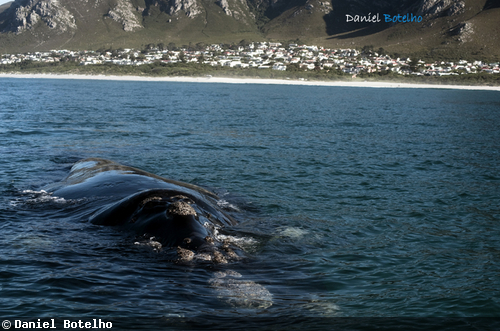