People tell me all the time that I have the best job in the world.  Not that I don't agree with them of course, but most have no idea what being a professional underwater photographer is all about.  They imagine I spend a lot of time relaxing in the sun at warm tropical locations, sipping margaritas and getting paid for it to boot.  If only.

Don't get me wrong, being paid to dive and make photographs for a living is a great job.  The problem is that unless you shoot for National Geographic on a regular basis, you are unlikely to make your living solely at underwater photography.  I can only name a handful of people who make enough money exclusively shooting underwater still photographs to pay their bills.

Many of the professional underwater photographers you have read about in the magazines have found clever ways to augment their income. They work deals with resorts to build websites or develop promotional materials, they lead guided dive tours, they teach photographic seminars, they sell underwater photography gear, etc.

Some, like me, turned to shooting video.  Even though still photography is my "first love" and my preferred way to capture the underwater world, for me video pays the bills.  I shoot assignments for various networks, I sell stock video to a variety of clients, and I also produce my own program called Jonathan Bird's Blue World that airs on PBS (which is my main gig these days).

The Stress Of Assignments
At the heart of any professional underwater photographer’s job are assignments, which aren’t always as glamorous as they may sound.  The assignment is not always that much fun.  The pay is sometimes not that great.  The weather sometimes leaves a lot to be desired.

When you are on assignment you are expected to deliver the images no matter what the weather, visibility, or conditions.  And believe it or not, it can be incredibly stressful. 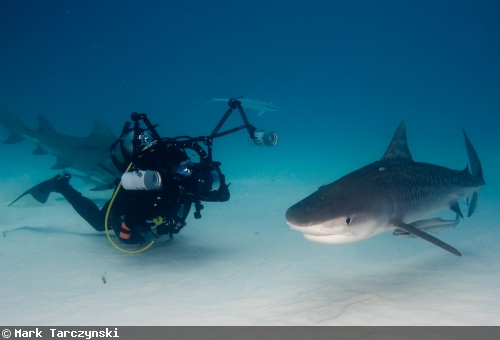 Working With The Weather
The local conditions are the largest contributors to stress on assignment as an underwater photographer. I have done two or three assignments where I showed up at some tropical island in the remnants of a large hurricane, with visibility down to 10 feet. For a couple of years I was convinced that hurricanes actually knew my itinerary in advance.  While this is certainly a bummer if you are on vacation, you can still go diving in bad visibility, sit on the beach when it's cloudy, and saddle up to the bar if it's blowing 35 knots.  If you are on assignment, those are not options.  Somehow--no matter what--you need to be making images.  Good ones. 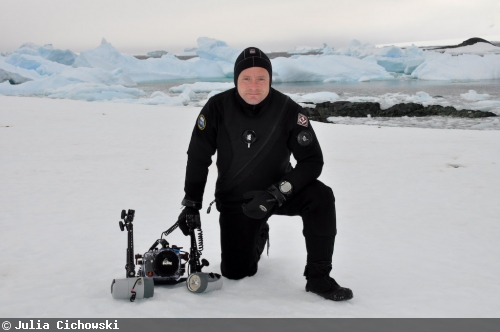 A few years ago I was assigned by a dive magazine to shoot a story on the U.S. Virgin Islands.  I looked at the weather the week before I was supposed to leave in October and discovered a hurricane parked over St. Croix.  I made a whole lot of phone calls and managed to get the flights moved into December, pushing the assignment off two months—well out of hurricane season…or so I thought.

In December a freak hurricane showed up the week before I landed on St. Thomas.  Visibility was 10 feet.  Since the surf was so huge, they couldn't get boats out of the marina.  My model, a local dive master, and I did a shore dive on the lee side of the island.  We kept going deeper to find some clear water, hoping to make some images that looked remotely tropical.  At 140 feet we emerged out of the murk and into crystal clear water, but there was hardly any light.  I shot a roll (this was in the film days) but none of the images made the article.  On the way out of the water, I tripped on a rock on the beach and scratched a very expensive glass dome port rendering it useless.  The port cost nearly what I was being paid for the assignment!

I persevered and managed to shoot a decent looking story by being creative.  I shot more macro than wide angle, waiting until the end of the trip with clearer water to shoot wide. 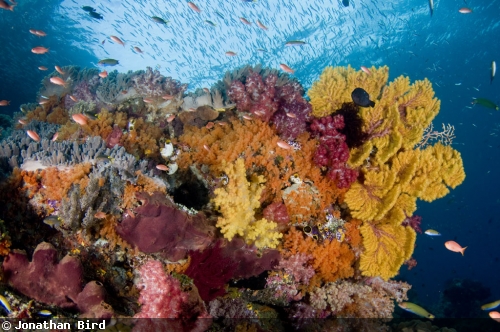 In the case of a dive magazine assignment, it can take months to set up a shoot.  They have to arrange all kinds of deals to get a discounted airfare, complimentary diving at several shops, and agreements with hotels and many other logistical challenges.

Dive magazines don't have the money to just open their wallet and pay for your trip.  They work deals to get stuff "comped" in exchange for editorial inclusion.  Setting it all up takes a while.  Once you get there as the representative for that magazine, they expect you to get the job done because going back for a second try is not part of the plan.

They expect the images to be breathtaking and creative.  They expect you to act like a professional (you can't go out and party like you do on vacation, you represent the magazine).  And finally, they don't want any excuses.  Guess what, if you get there and the viz is 10 feet, you better get creative and make some nice pictures of something because the editor is never going to hire you again if you blow it!  That's the basic difference between a professional and a recreational photographer. 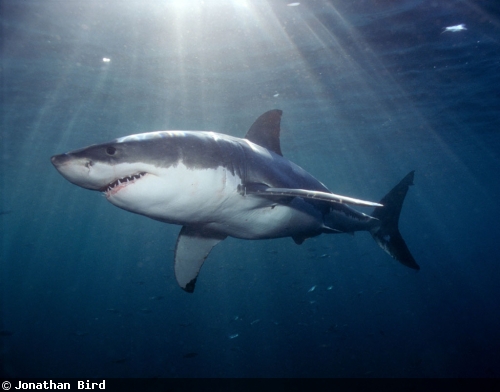 Staying Motivated
Another thing about assignments is that they don't always take you someplace new and exotic.    Flipping through the pages of your favorite dive magazines, you will see that many of the really popular dive destinations have a lot of coverage.  That means that someone has to go to these locations over and over again, trying to find a new way to spin a story about Cayman or the Bahamas.  When you are on your first assignment to a beautiful tropical destination, you will have fun with it.  But when you are making your 4th (or 10th) trip to that same island, you may find it difficult to get motivated and creative. 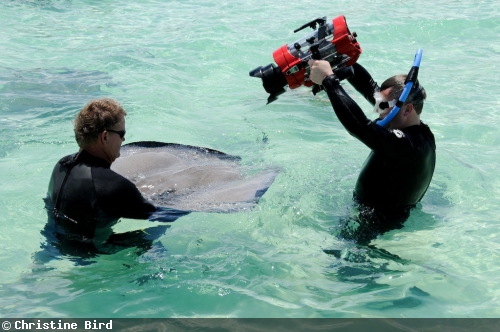 For years I wanted to go to St. Vincent but I couldn't get the assignment.  Finally I got a St. Vincent assignment from a dive magazine and I was so excited, I didn't even care what they paid me.  However, a few weeks later I turned down an assignment to another island nearby, because I had been there enough for one lifetime.


Dealing With The Digital Revolution
Back in the film days, you had 36 exposures.  It took years to get good enough to know how to expose film properly to shoot an assignment on film.  Like many "film guys," I was a little dismayed by digital.  All the sudden amateurs could expose the image as well as me because of the instant feedback.

If the exposure or composition was off, you could see it right there while you were still hovering in front of the big sea fan, not 2 weeks later when the film came back from the lab.  You could shoot and re-shoot by trial and error.  You didn't need 10 years learning curve to shoot a perfectly exposed wide angle image mixing ambient and strobe light. 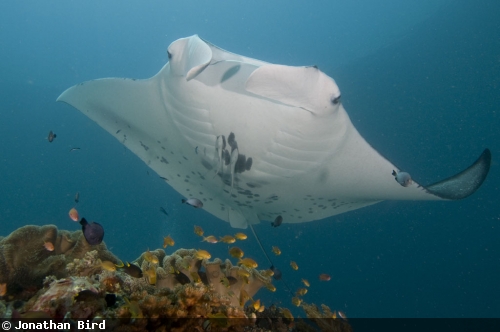 This meant that photographers who just started shooting were getting assignments and making beautiful images.  The technical know-how with Photoshop became as important as the skill with the camera.  It brought a huge number of new photographers into the game and made it considerably harder for professionals to make a living.  Many of the pros from the film days will admit that the digital revolution was really bad for their business—they had competition, and a lot of it at that.

On the flip side, once I switched to digital, I knew there was no going back.  I love it and it has only made me better than I was when I shot film.  But the competition for assignments, and the competition to sell stock (the subject of another article) are tougher than ever.  This is a very rough time to enter the business.

TV Assignments
Television assignments are even more complicated.  It's not just about bringing back some great images around which someone (maybe you) can write a clever story.  It's about bringing back the entire story already shot. Yeah, you still need the "money shot" but you also need 100 other shots leading the viewer up to that point in the story.  It's an entirely different and more complex job.

Budgets are shrinking, everyone is working on the cheap and everyone expects top quality at bargain prices. Often times the budget is so low for television assignments that you must serve as both topside and underwater camera operator and you have no sound man, no production assistant, not even a grip.  I just did a shoot for a major cable network where I filled the role of cameraman (both above and below water), sound man, and field producer.  I was not paid extra for doing three people's jobs.  I saved the client a ton of money.  They paid me fairly (for one of the jobs!), but I would have done better work with a proper crew. 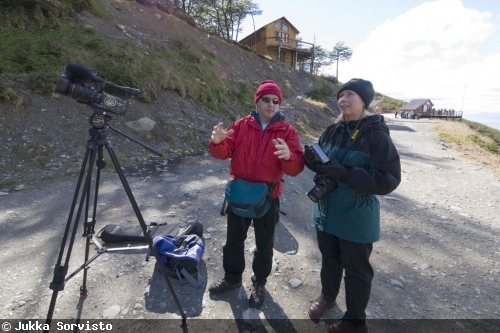 The introduction of very inexpensive, high-quality HD gear did to video what digital cameras did to photography -- open the floodgates of new talent looking to work cheap.  Back when a BetacamSP camera cost $35,000 and a housing for it cost $20,000, there were not many people shooting professional underwater video.  Enter miniDV in around 1995 and things started changing fast. Now HD is available at the same price point.  Yes, it's great that it allowed people to get their foot in the door, but with so many people competing for limited work, it's actually harder to get that work.

Having What It Takes
Fortunately, talent is talent.  Some people have it and some people don’t.  No matter how cheap good camera gear gets and no matter how many people buy the gear, only a fraction of them can really shoot.  If you are one of those people, the next trick is to get the gig.  But the hardest part of all is to do well enough that you get the next assignment, then the next.  Assignment work is about consistency, reliability and creativity in the face of obstacles.  And avoiding hurricanes. 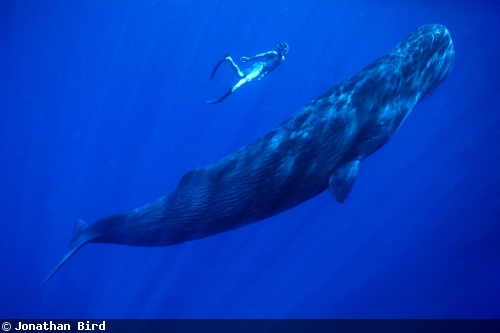 About The Author
Jonathan Bird is a professional underwater cinematographer and photographer.  His films have appeared all over the world, on networks such as National Geographic Channel, PBS, ABC, USA Network, Discovery and even the SciFi Channel.  He has won two Emmy Awards and two Cine Golden Eagles for his work.  He is the author of seven books of underwater photography and the host of his own program on American public television Jonathan Bird's Blue World.