The Sardine Run can be one of the most exciting diving experiences in the world.  The action can be overwhelming as dolphins, whales, sharks and dive-bombing birds attack thousands of sardines.  Even when the underwater action is slow, the breaching humpbacks, soaring wandering albatross and traveling pods of bottlenose and common dolphins, which can be viewed above the surface, will keep you and your camera occupied. However, there can be times, albeit rarely, when the action is totally dead. 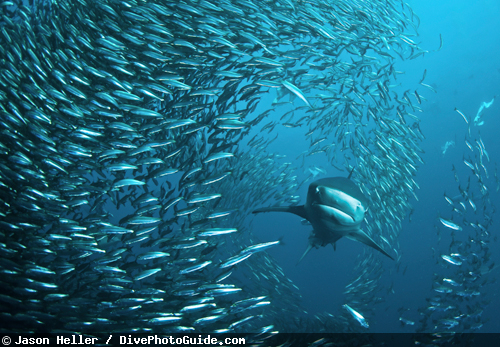 The sardine run at its finest

Such was the case on beautiful South African winter afternoon in early July during our recent DPG Sardine Run Expedition.  For a few hours, we found ourselves with nothing but the anticipation of a Wonder Bar (a delicious South African milk chocolate bar that was provided in our lunch cooler each day and was a hot commodity – I think I could’ve traded anything but a camera for one) to keep us awake. 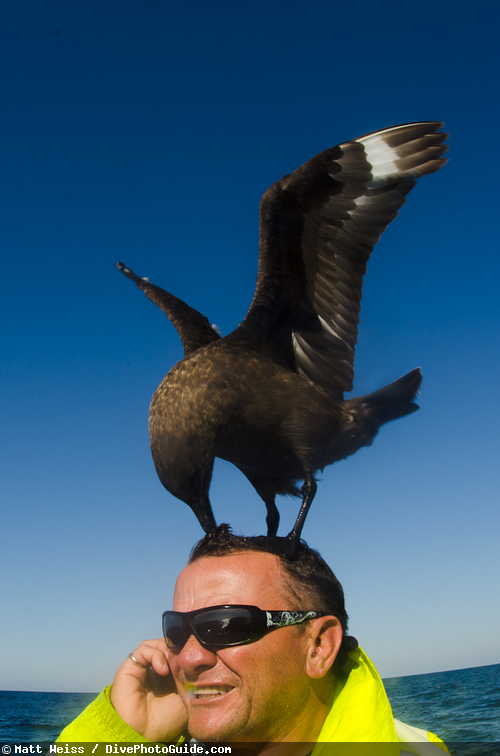 After all the Wonder Bars were consumed, and we were about to call it a day, we came across a rather bizarre looking thirty-ish foot humpback whale. Its dorsal side was red, and it was moving very slowly. As we approached the whale to investigate, it became clear it was ill.

I and another photographer grabbed  masks and snorkels and hopped into the refreshing 68 degree Indian Ocean to get a closer look.  From the distance, we originally thought the rusty colored back of the whale was a nasty sunburn, but when I got close to the whale in the water,  I noticed it was something much more unpleasant- a layer of whale lice. 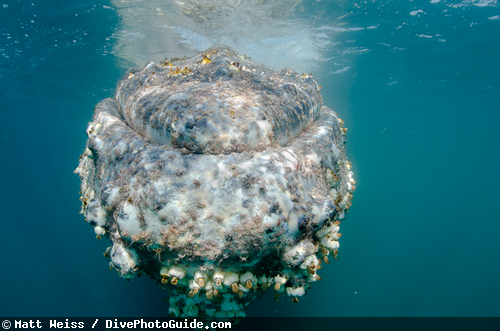 The sick humpback face on

Whale lice are foul creatures, copepods known as ectoparasites, and I wouldn’t be surprised to find out they were inspiration for “The Predator” character. Apparently, they live on whales, like this unfortunate humpback, and while parasitic, normally pose no problem to the health of the whale.  Something about this whale being sick allowed them to flourish, and  they were eating away at its skin, exposing the whale’s white flesh. 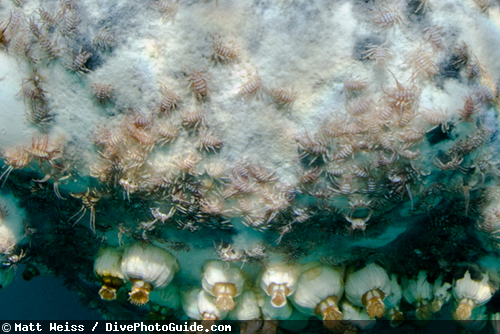 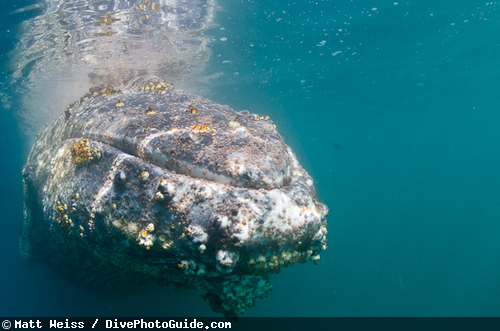 In addition to the layer of sea lice and exposed flesh, the whale had excess barnacle growth on its chin that looked like a crustacean goatee.  Below us, large 10-foot dusky sharks were circling, waiting for the humpback to lose its last bit of fight.  It was saddening to see such a magnificent creature in such dire circumstances. 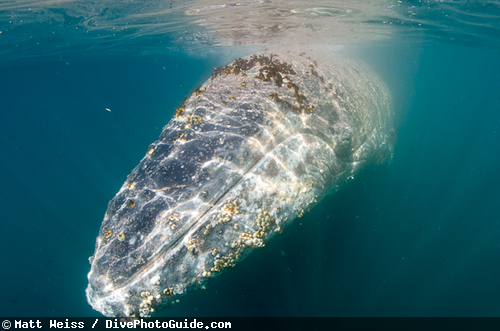 We left the desperate whale, as he slowly headed west toward the falling sun. He sent us off with a large blow, likely one of it’s final breaths. The next day our microlight pilot scoured the ocean from the sky looking for the suffering animal, but without success. It was gone.