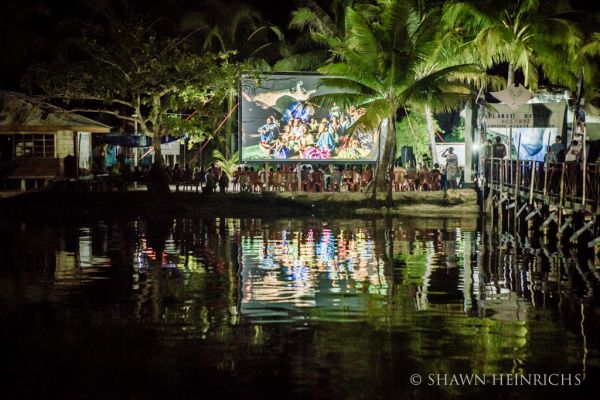 If you wanted to go see a film right now, all you’d have to do is go on your phone, find a theater, hop in your car and grab a bag of popcorn. The same task isn’t so easy in the remote parts of the world, like the Raja Ampat region of Indonesia. Here, if you want to be inspired and informed by film media, the theater has to come to you.

That’s exactly what filmmakers Shawn Heinrichs and John Weller did when they organized a first-of-its-kind grand scale film tour of Raja Ampat last winter. Displayed on a 20-foot portable projection screen from Rutum to Misool Eco Resort, the film “Guardians of Raja Ampat” strives to highlight diversity in the region and ignite further community-based marine conservation efforts and legislation.

With shows in more than a dozen villages, the film tour reached more than 10,000 locals—that’s one-quarter of the region’s population. The tour informed locals, community leaders and politicians on the dangers threatening the marine ecosystem like fish bombing and pollution.