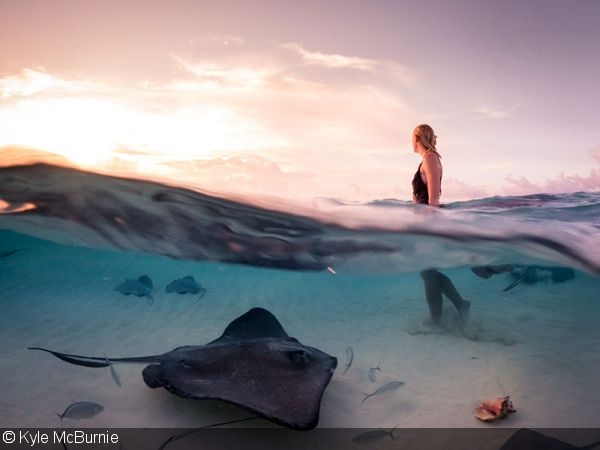 Cayman Kind was shot in seven days diving off Grand Cayman, while staying at the amazing Sunset House dive resort. Cayman's famous deep-water drop-offs created crystal-clear water with many days of 100-plus-foot visibility, and no shortage of subjects to shoot.

Essentially, I wanted to create a short film that showcased what you might expect to encounter during a visit to the Cayman Islands. Although I was originally a tad skeptical, as the Caribbean does have a fair amount of coral bleaching and disease, to say Cayman exceeded my expectations would be an understatement. The crystal-clear water and near-shore drop-off made shore dives a breeze and a joy, and we ended up being tasked trying to fit too many amazing activities into a single seven-day period.

My friend Alex and I mainly dove the west and northwest end of Grand Cayman, which features large, dramatic walls and drop-offs. Most dive operations in the area do two dives in the morning and then offer special dives in the afternoon, such as the famed Stingray City or recently sunk Kittiwake wreck. Video always benefits greatly from sunlight, but trying to plan our excursions around weather was pretty futile—storms came and went within a matter of minutes relatively frequently. 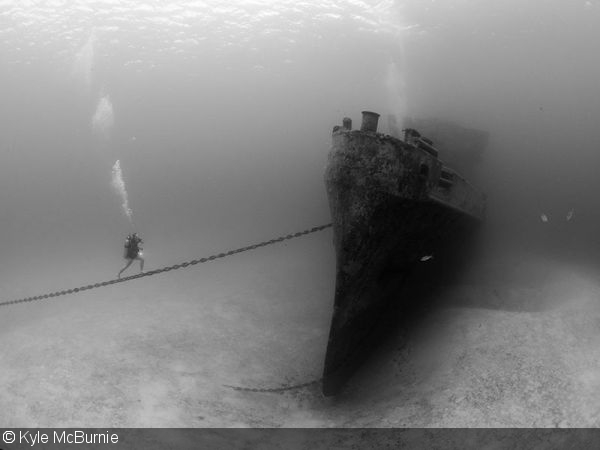 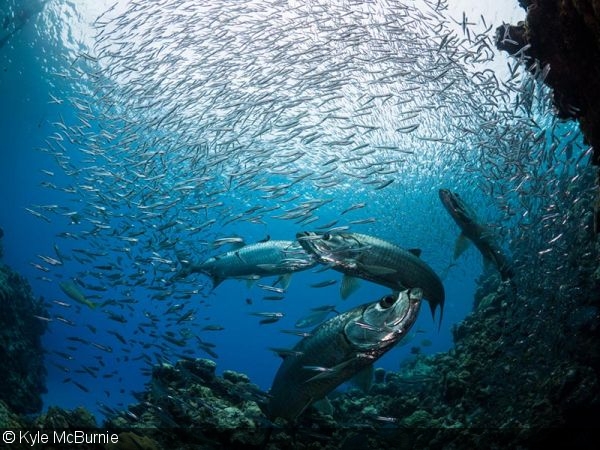 In creating a video compilation for Grand Cayman, I wanted the film to maintain a fluid flow between different scenes and subjects. I did this by visualizing how I would attempt to form my transitions between tarpon, stingrays, and the Kittiwake during shooting. I feel this makes it easier to watch, and hope my audience feels the same!

About the Author: Kyle McBurnie is an award-winning underwater filmmaker and photographer whose work has been featured by BBC, Discovery Channel, 60 Minutes, and National Geographic Magazine. Best known for his cold-water images from Southern California, Kyle also co-founded SD Expeditions—now run by his business partner Nick LeBeouf—an ocean adventure company based out of San Diego known for their blue-water shark diving and pelagic encounters. Kyle is currently at work producing his first short documentary for The Manu Project. More of Kyle’s work can be seen on his website.