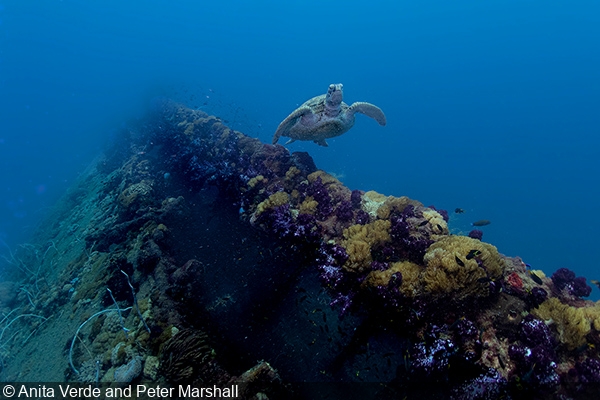 The S.S. Yongala is one of Australia’s—and the world’s—most epic dives

On the evening of March 23rd, 1911, Captain William Knight sailed the grand steamship S.S. Yongala past the lighthouse on Dent Island in Australia’s Whitsunday Passage. He was never seen again. The only body found was that of a racehorse named Moonshine.

On the April 15th, 1911, The Queenslander newspaper read:

Inspector Malone today received a report from Constable Portley, at Mundingburra, in respect to the carcass of a horse found on the beach at the mouth of Gordon’s Creek, three miles down the coast from Ross River. The bones are there, minus the head and hoofs… The horse could not have got there from land, owing to the boggy state of the country, and must have been washed up by the sea. 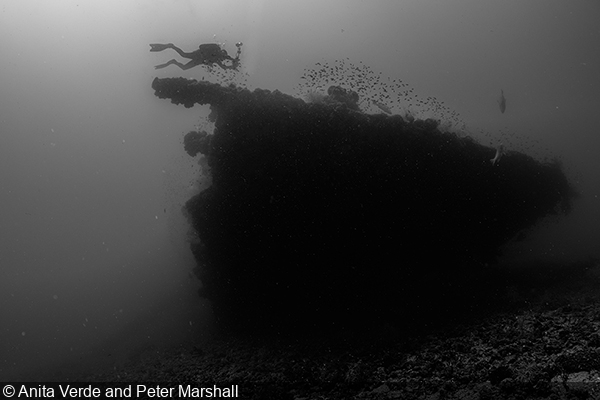 A century ago, a fierce cyclone committed the Yongala to a watery grave 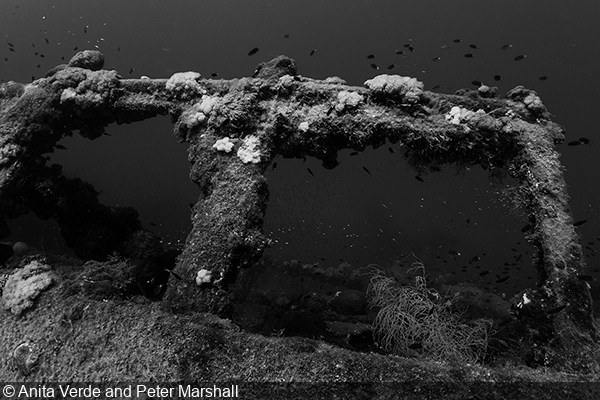 The disaster claimed the lives of 122 passengers and crew

The fate of the S.S. Yongala is shrouded in mystery. It is believed to have sunk far offshore, running into strong winds and turbulent seas as she unknowingly steamed into a raging cyclone that was lashing Queensland’s far north coast. Other ships reportedly heeded the warnings and took shelter from the storm, yet the Yongala failed to see the lighthouse keepers’ warning and was not yet fitted with wireless communication equipment. Ironically, a wireless radio was waiting for her in Townsville—a gift that was to be installed on her arrival and in preparation for her upcoming 100th voyage.

That night, at the mercy of the Coral Sea, waves broke over her side, filling the Yongala with water and committing her to the sea. A racehorse named Moonshine, a prize-winning bull, 49 passengers and 73 crew perished. 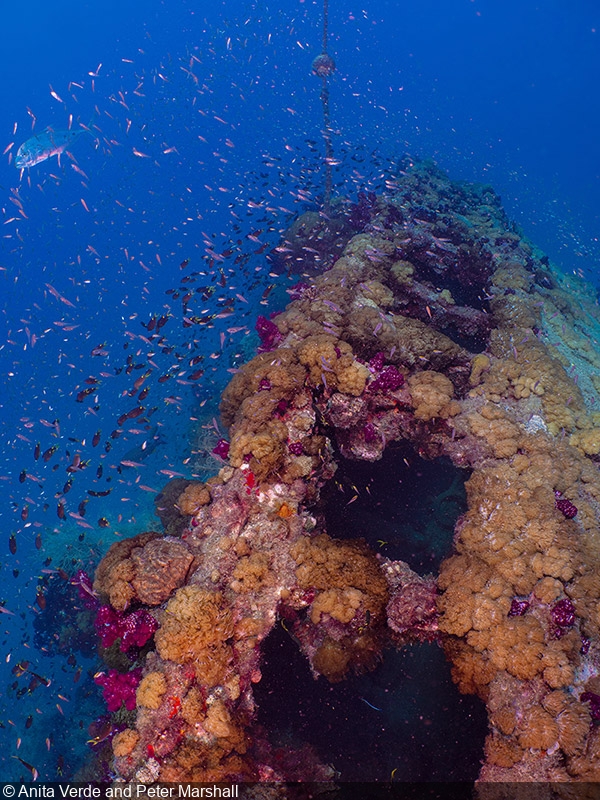 While part of the ship’s wreckage washed up on beaches from Queensland’s Hinchinbrook Island to Bowen, no life rafts were found. The absence of life rafts indicated the loss of the vessel was sudden and therefore tragic. After an extensive weeklong maritime search, no further sign of the ship, passengers or crew were found.

The media speculated that it was the horse named Moonshine that contributed to the tragedy. Although transporting livestock on passenger ships was relatively common, it was said that the loading of Moonshine onto the S.S. Yongala had delayed the ship’s departure, causing her to approach bad weather at the most unfavorable moment. If you can’t explain what happened to the ship, then why not just blame the horse?

For years, people reported sightings of a ghost ship sailing between Bowen and Townsville, and continued to search the surrounding area, speculating as to where she lay. 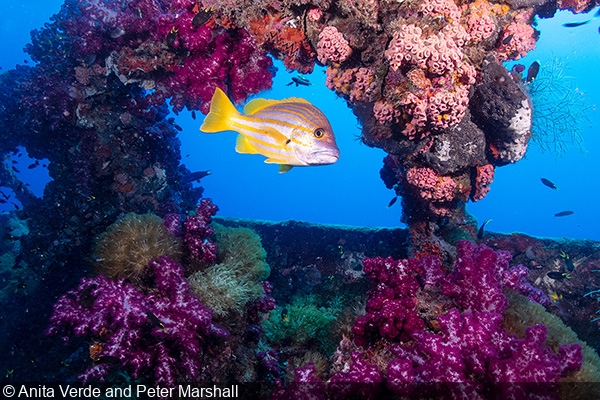 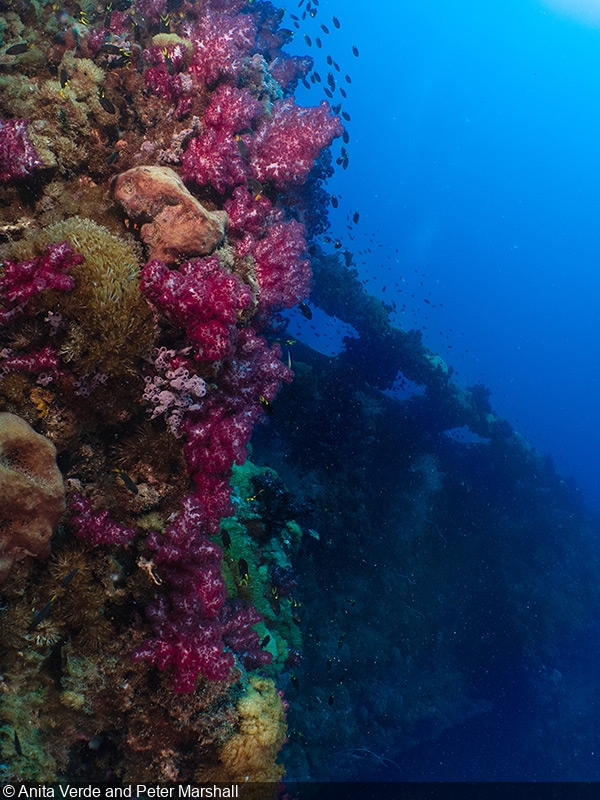 …but the color and life has returned with a vengeance

During WWII, a minesweeper discovered a large structure 11 miles east of Cape Bowling Green. It was enough to prompt the Royal Australian Navy survey vessel, HMAS Lachlan, to finally confirm her location. But it wasn’t until almost 50 years later, in the summer of 1958, that two local divers, Don Macmillan and Noel Cook recovered the steel safe from the wreckage.

Revealing only mud, it was only the safe’s serial number that could be traced back to Chubb Security in the UK, who confirmed it was installed in the purser’s cabin aboard S.S. Yongala in 1903. There was now no doubt as to her identity, and with the words “SS YONGALA” emblazoned on her bow, she had finally been found. 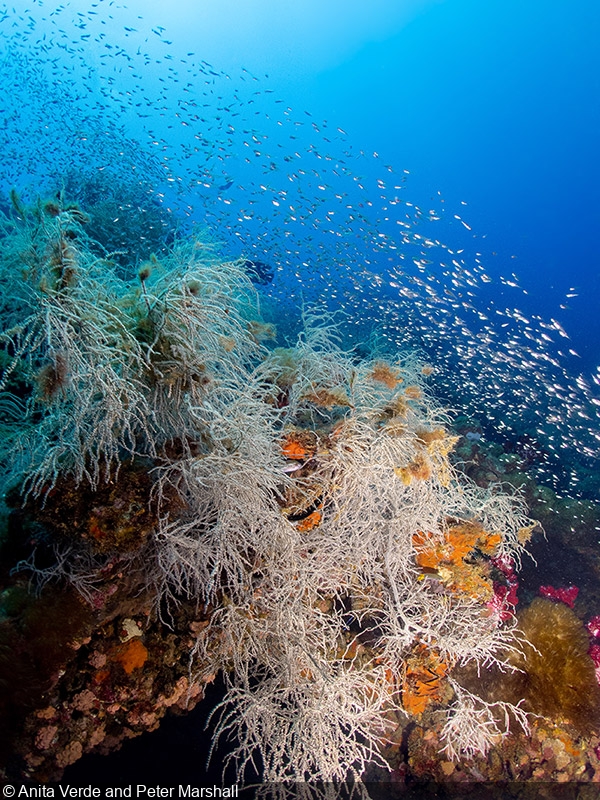 A wide variety of fish species school around the wreck 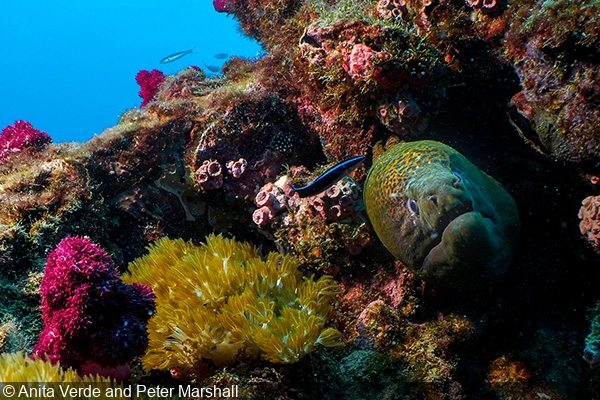 Today, S.S. Yongala rests peacefully on a sandy bottom in open water within Australia’s Great Barrier Reef (GBR), an hour-and-a-half drive south of Townsville on Queensland’s tropical north coast. With favorable weather and currents, the wreck can be dived year-round. We chose to dive the Yongala from its closest access point at Alva Beach with the very reputable Yongala Dive.

The Yongala is listed as an artificial reef and presents an ecosystem like nothing else in the GBR. Resting on its starboard side at a depth of 90 feet, the 350-foot-long ship is home to prolific megafauna that find sanctuary in its vast and cavernous structure. As the only sizeable structure for miles, it attracts all the big stuff. Enormous humphead wrasse shadow us as we make our way across the ship’s main deck, while Queensland grouper and potato cod peer at us from inside. A tornado of numerous species of schooling fish block the sunlight, while marbled rays, eagle rays, turtles, and shy sharks cruise the ship’s hull. 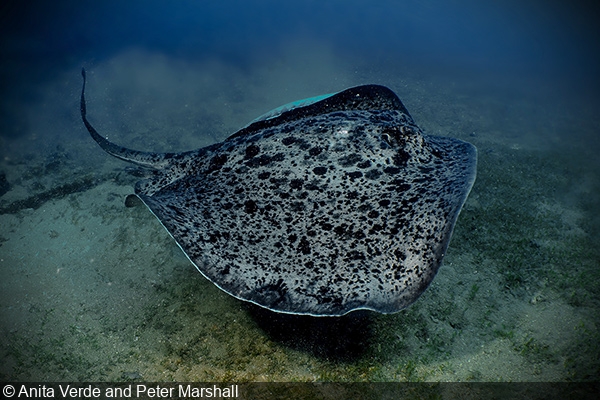 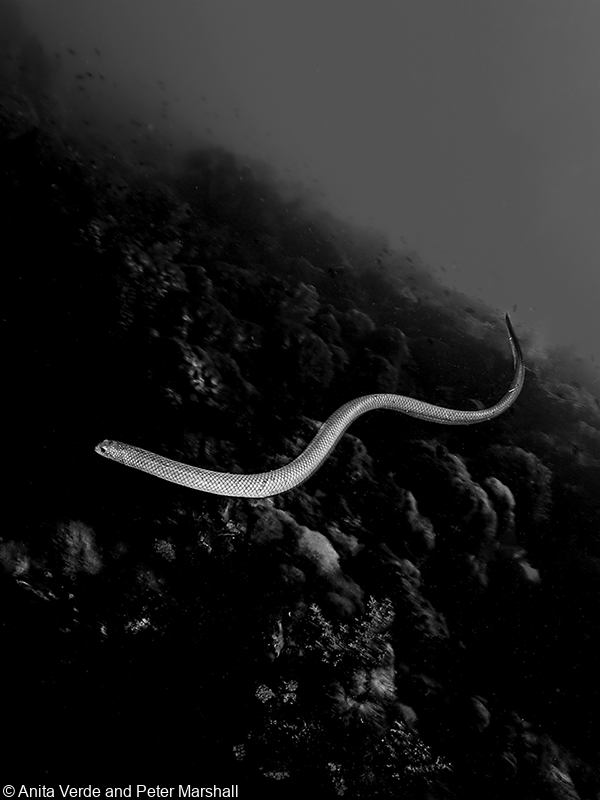 Keep an eye out for the occasional affectionate olive sea snake

The wreck remains a resting place for the 122 passengers and crew, and a prize-winning bull, who tragically lost their lives—apparently all because of a horse named Moonshine. The juxtaposition of life and death makes this a hauntingly beautiful dive and provides a poignant reminder of the power of the sea. And while divers were previously allowed to penetrate the wreck, the discovery of human remains and the removal of a human femur bone by recreational divers in the 1990s now means you are forbidden to enter.

In 2011, Cyclone Yasi destroyed the ship’s century-old corals, wiping them clean off—but you’d never know! Like a magnet, coral growth has fully returned since, encrusting every available surface of her huge structure. Purple stalks of what look like “curly kale” stand proud amidst a myriad soft corals gently frolicking in the current, a kaleidoscope of tropical fish dance en masse as they cluster amongst countless vibrant sponges, while overly friendly olive sea snakes approach without warning. This is a dive of epic proportions, one of the best of its kind in the world. And yes, you’re correct: It is older than the Titanic. 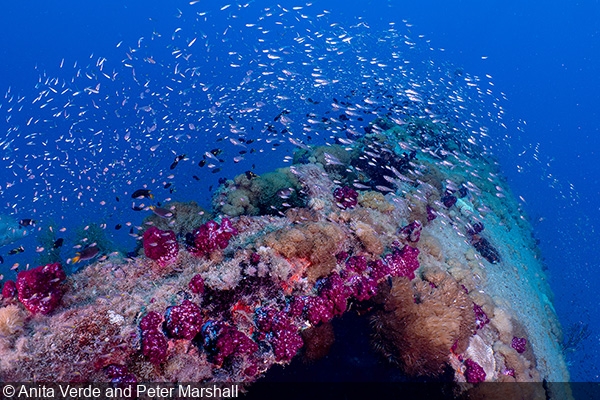 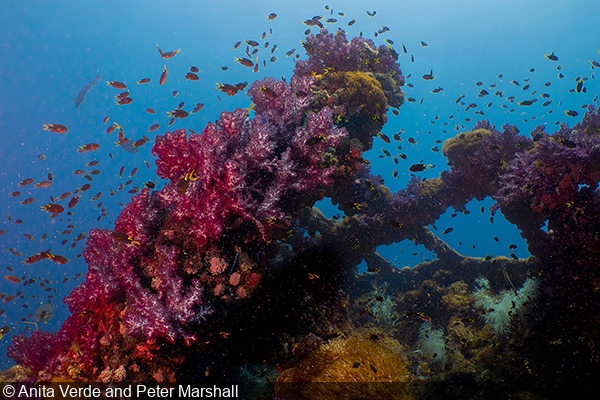 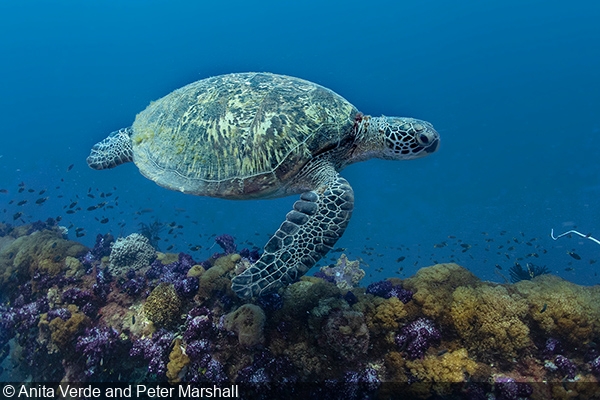 The Yongala is a year-round dive that’s perfect for Open Water and Advanced Open Water divers, but keep in mind that currents can be strong and viz is often limited

About the Authors: Anita Verde and Peter Marshall have a passion for the planet’s wild places, and through their images and narratives hope to inspire better appreciation and protection of the natural world. Based in Melbourne, Australia, they have professional backgrounds in tourism strategy, environmental sustainability, and government relations. When they are not underwater or on a mountaintop, they also work professionally as strategic consultants, advising governments and industry on sustainable destination planning and development, investment attraction, government relations, brand strategy and marketing. www.summitstoseasphotography.com