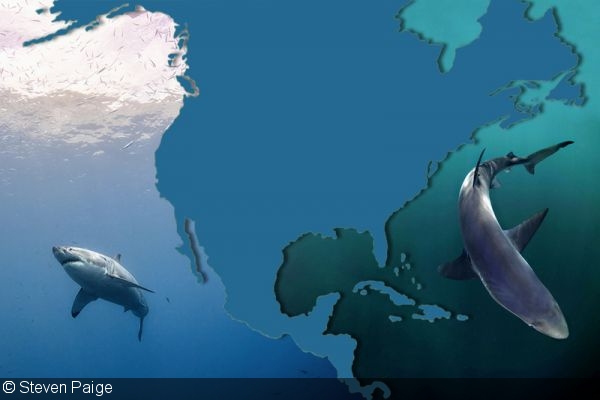 Recently, I was able to spend quite a bit of time in the water with some of the most sought-after sharks—blue, mako, and great white sharks—in less than a two-week period. The truth is that this is only the culmination of a multi-year effort to build my shark portfolio.

As most people interested in shark diving, I have made the rounds of multiple trips to Tiger Beach, Bimini, Guadalupe, Rhode Island and of course good ol’ Stuart Cove’s in the Bahamas. Over that time, my photography setup has progressed from the typical beginner’s GoPro all the way to my current Canon EOS 5D Mark IV—but my passion for bringing home top shots of these apex predators has remained steadfast.

Narragansett, Rhode Island is roughly a two-hour commute from my home in Massachusetts. I try to make it an annual trip every summer because of the convenience, but I would travel from much further if needed.

Having sharks in your backyard as a shark diver is a dream come true. While there are a few operators out there, the company I use is Pelagic Expeditions. They are a great outfit and really cater to customers looking for the perfect shot. Truth be told, my main goal was to get in the water with mako sharks—with the blue sharks just added on as a bonus. Boy was I wrong. The blues are considerably larger than I was expecting and approach you with the curiosity and energy of a six-month old puppy. They are worth headlining the trip on their own.

The makos bring a totally different set of characteristics to the experience. While these are impressive speed demons to observe, they can be a photographer’s nightmare. Trying to predict their next move to line up a shot is very difficult. After six snorkeling trips out on the Lisa Marie with Pelagic Expeditions, I have yet to produce a photo of a mako to hang on the wall. With that said, not being able to get a shot takes nothing away from the incredible experience of being in the open water with such a powerful animal. In time, I’m sure the image will come. 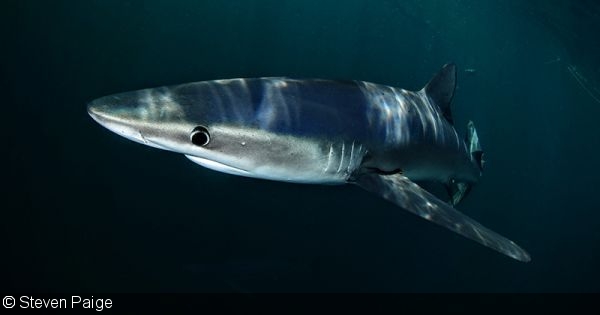 Makos might be the speed demons of the sea, but blue sharks are more like puppy dogs

Isla Guadalupe—the world’s premier great white shark photography destination—is not my backyard. It takes six hours of flying, a two-hour cross-country bus ride, and an 18-hour boat trip to get to this remote volcanic rock in the middle of the mighty Pacific.

The view upon arrival to Guadalupe is incredible: The backdrop of your dive site is akin to the walls of the Grand Canyon. Liveaboards often run two surface cages and an additional submerged cage at 30 feet below the surface. Quite a bit has changed with restrictions since my first trip in 2011, as most of the action was down low when the submersibles had the bait. Now they wrangle the bait at the surface—actually quite similar to the tactic used in Rhode Island. This keeps the sharks closer to the surface. 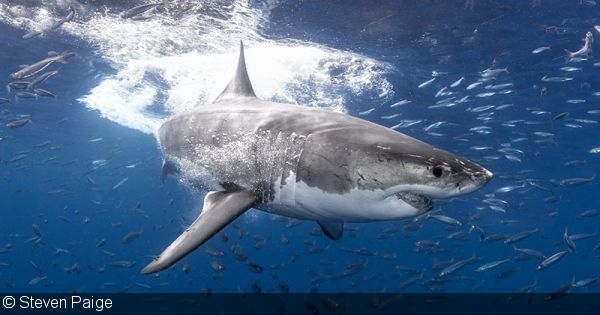 When you get in the water with great whites for the first time (or indeed, the millionth time), their raw power stands out through their thick, muscular bodies. Every move they make in the water seems calculated. It’s a game of cat and mouse with the bait. Locking eyes with the sharks, you can tell that they are definitely sizing you up. 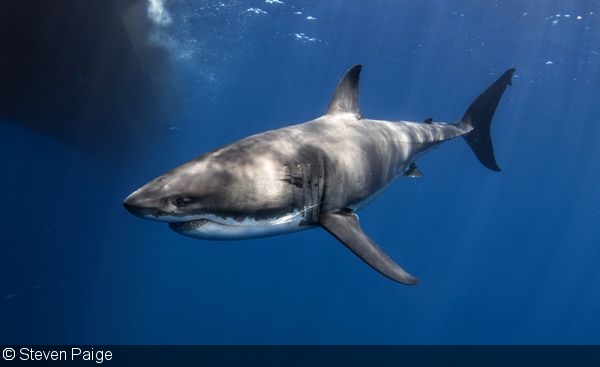 Great white sharks are strong, muscular sharks at the top of every underwater photographer’s list 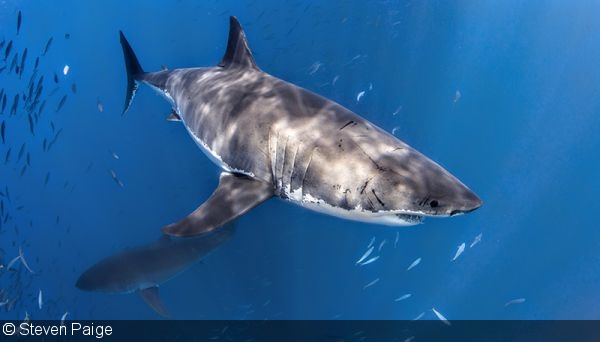 While these sharks are all very different in their own respect, photographing them off Rhode Island and Guadalupe requires similar techniques. What I personally like about shooting these animals so close to the surface is the abundance of natural light, which the photographer can use to add light rays or dappled light to the image. To bring out the details and colors of the side and belly, I try shooting upward from underneath the shark when possible with my strobes angled a bit outward at half power.

Both locations do have their own challenges. At Rhode Island, there can be quite a bit of debris in the water at times, especially right after a blue shark gets hold of the bait. Give it a couple minutes, and it will eventually clear. Staying a bit away from the chum bucket and waiting until the shark is within two feet will also limit the debris lit up by your strobes.

While the overall visibility in the waters of Guadalupe is much better (think 80-plus-feet) your images will experience a different form of distraction in the shape of thousands of smaller fish that photobomb your image to get a taste of the bait. To counter this, when scheduled for our submersible cages, we requested only going a few feet deep to remain close to the action—but just below the fish line. When the sharks approach the cage, patience helps as well: The fish will eventually swim out of the way in the ultimate game of “chicken.”

Being able to compare and contrast two very different settings and individual shark species in such a short time span is a very unique experience. If you ever find yourself with an opportunity to take part in either of these experiences, I would highly recommend it. And, as always, the less time on land and the more time in the water with sharks, the better. 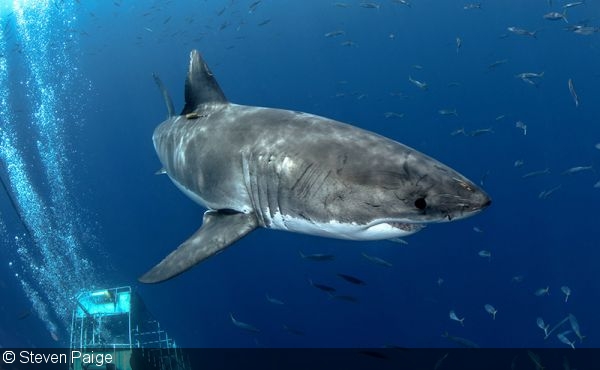