Who doesn't love sharks? Let's face it, as divers and even more as underwater photographers we often spend our time above the waves dreaming of the next dive, and often of the next shark encounter. For those long, cold months when our dry BCDs are hung from in the closet with care and our camera kits are tucked away in their dark cases, “Sharks: Close Encounters” is the perfect shark-filled cure for the winter blues.

A rare fusion of underwater nature photography, scientific writing, and numerous engaging anecdotes, this coffee table book is the culmination of the life's work of shooting and studying sharks for underwater photographer Peter Verhoog (DPG Pro Gallery) and his writing and life partner Georgina Wiersma. This talented tandem has dived every corner of the world including the shark-filled waters of South Africa, Bahamas, Baja California, Seychelles, and the Red Sea, to name a few: all in search of the ultimate shark encounter. 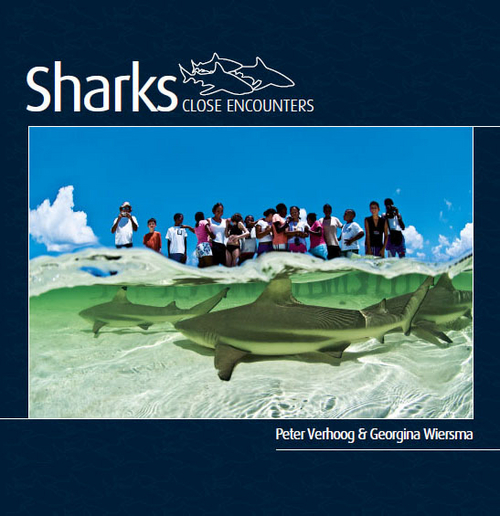 The 120 page book is divided into fourteen sections by different groups of sharks with varying intrigue for the average diver.

The chapter titled “Tiger! Tiger!” for instance, features a handful of truly awe-inspiring shots of the Tiger Sharks of South Africa, as well as  a heart-pounding description of an encounter with the animal in which the shark almost completely swallowed Peter's camera; the full page spread of the shark's mouth biting down onto the dome port almost makes me feel like I'm right there. The segments that I also found very insightful were those surrounding certain species of sharks that I have not have had the pleasure to share the water with such as the segment on Blue Sharks titled “Blue Flashes” and the section focusing on the rarer sharks of the ocean -Leopard Catshark and Shyshark for example- called “Endless Variety.” 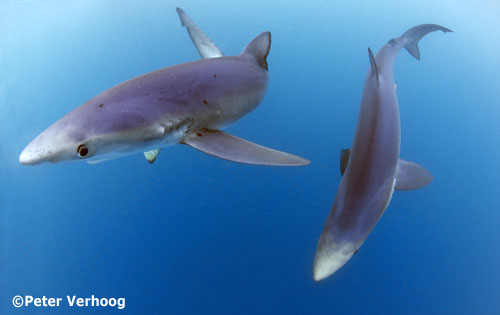 However, some of the stories and information will be less impressive to the knowledgeable diver. The chapter that summarizes the need to conserve shark populations as well as the repetitive effort to convince non-divers of the sharks true image, is perhaps unnecessary for most divers who are in fact aware of the shark's plight, but will benefit the reader who is unfamiliar with sharks. 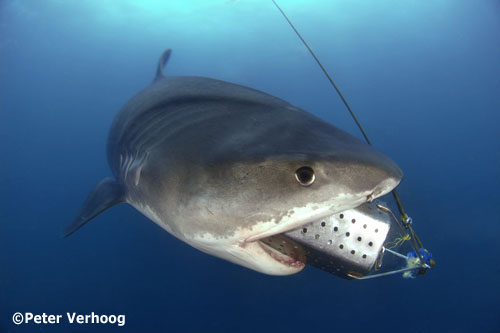 As a photographer, I was personally excited about certain anecdotes of insight into the world of professional underwater photography as well as the techniques required to achieve such beautiful results, but was left longing for even more detail about each individual shot. While the book does not provide the level of detail I would have liked in this aspect, it is successful in “evoking the same emotions in its readers as they (Peter and Georgina) have felt in their diving experiences: admiration, respect, and awe,” as stated in the books forward. 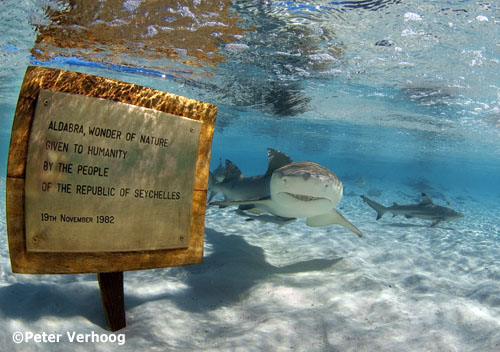 While the quality and quantity of shark shots are worth the books price alone (a little over $30), the more entertaining anecdotes add an additional element of excitement to fill even the most land-locked diver's dreams with sharks for many months to come. For more information, you can visit Peter Verhoog's website  where the book is available for $31.25 in English and only $26.00 in the original Dutch.