I recently traveled through the Philippines shooting photos and discovering new places to dive. This trip took me from North to South, shooting mantas to macro.

I began my adventure on a secluded island called Ticao, known for the Mantas that congregate on a nearby seamount appropriately named "The Manta Bowl." The island also hosted a plethora of macro life that proved to be a worthy adventure unto itself. From there I traveled out through Tubbataha, Dumaguete and finished up in Puerto Gallera.

Much of what I did there was centered on looking for and finding new animals and trying to record natural history. Documenting wildlife behavior like mating, feeding and predation are all very interesting to me, but shooting ID pictures can grow rather boring. What I found out during my trip to the Philippines was  that to change from shooting a picture to shooting a worthy photograph, I must push myself. 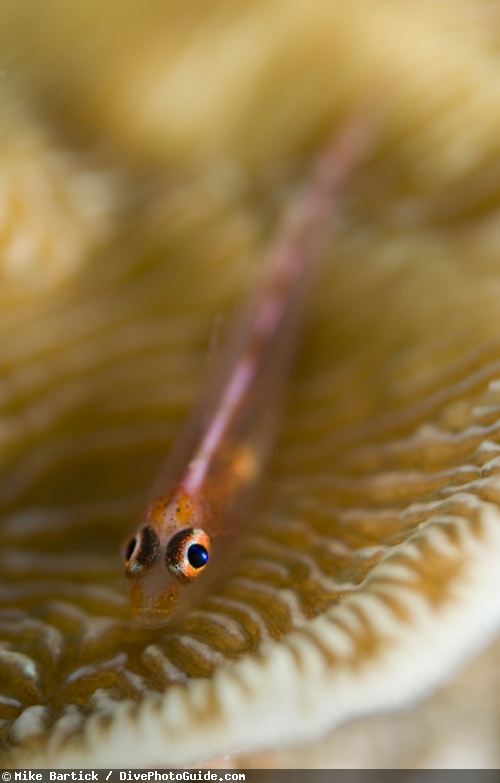 As the saying goes, "if you can't find something unique to shoot, then try shooting your subject in a unique way." This doesn’t mean throwing a nudibranch into the water column or tossing a seahorse in front of a sunball either. The key is to rely on technique and control the light. Easy to say, yes, but keeping your head in the game is always a must.

One way I have tried to achieve more artistic results is by experimenting with a variety of lighting techniques. Dumaguete was red hot for macro and this cockatoo waspfish turned out to be a prime example of shooting a normally boring benthic animal in a different manner. The extreme side-lighting made his eye glow and highlighted the thin dorsal fin. 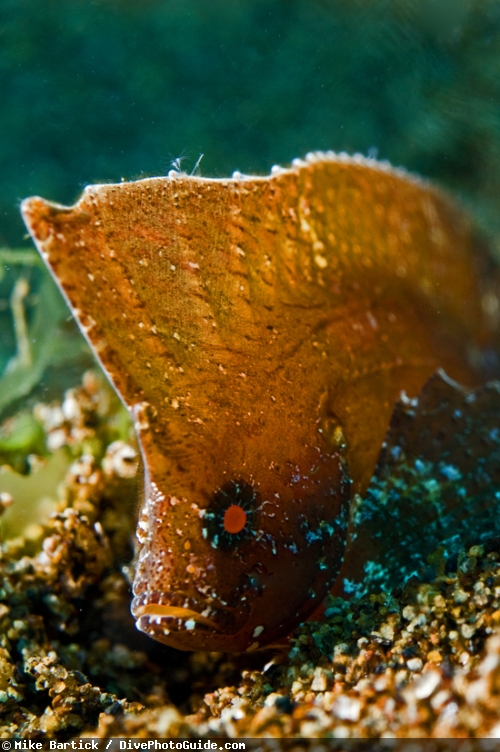 I also try to incorporate as much natural contrast into a photo when possible. 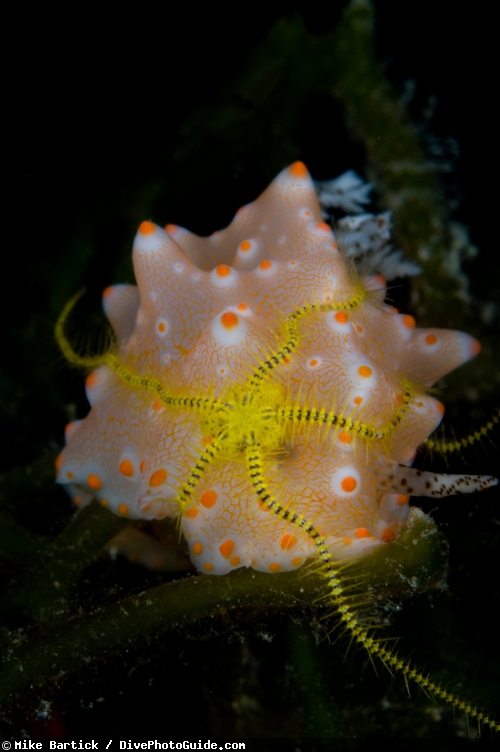 Another lighting technique I have been using is aiming my strobes straight down and slightly out. Avoiding direct intensity, but just caressing the subject with the edge of the light cone. This has eliminated the chances of over lighting and creating photos with backscatter. 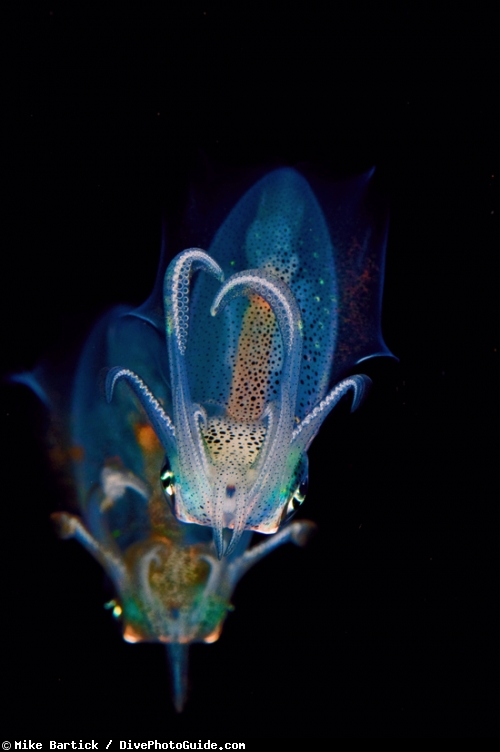 I have found this technique to be useful while muck diving because the light is restricted from traveling where I don’t want it. This has been helpful for creating black backgrounds with good dramatic definition.

I particularly like using this technique for shooting portraits of frogfish. The unique subject already has a propensity towards the dramatic images and the long shadows seem to accentuate their features. 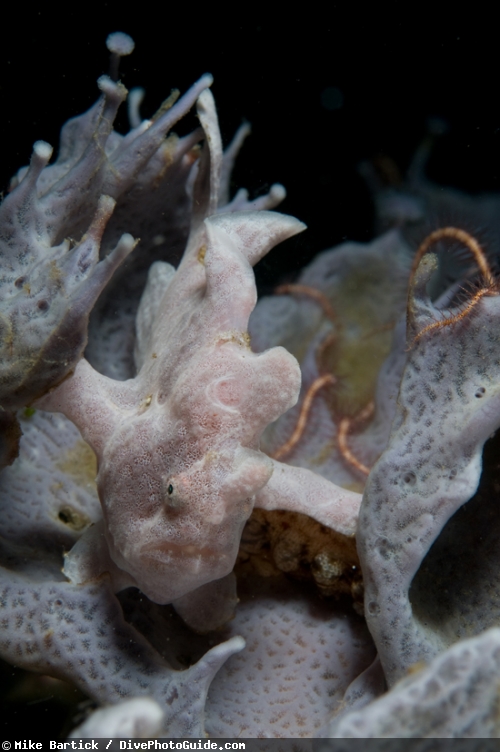 Thanks to Keri Wilk, I learned how to use snoots on my strobes to a control and direct the light. This is great fun but, to be honest, it’s not easy at all! 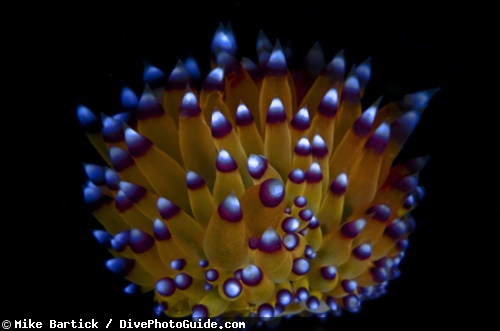 Another way I try to take my images beyond the standard ID shots is to use a low f-stop to restrict the depth of field. The narrow depth of field, a technique called bokeh, can be interesting with head on shots, small groups of polarized fish and nudibranchs. I really like to use it on small gobies, focusing tight on the eyes and letting the lens do the rest. 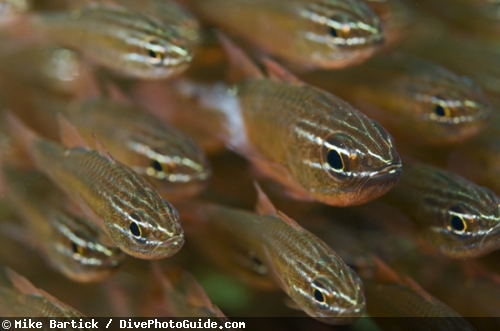 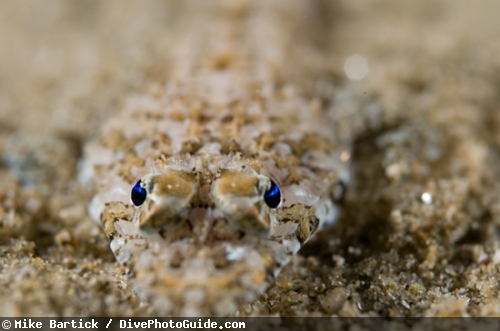 The trick is to keep your head in the game, try something different and keep pushing it.