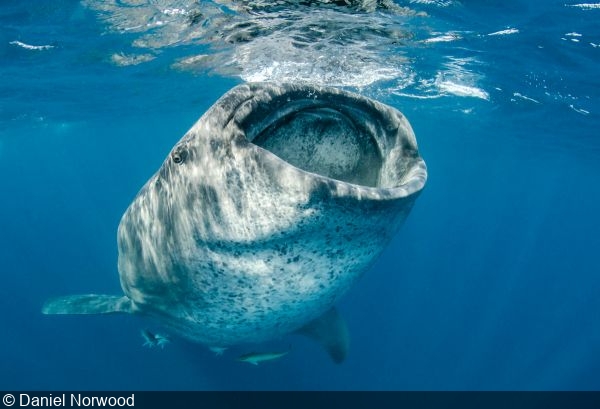 Face to face with a gentle giant in Isla Mujeres, Mexico

All divers hope to one day encounter the world’s biggest fish, and for underwater photographers the whale shark is a wide-angle subject we all dream of including in our portfolio. One of only three known filter-feeding species, it feeds by swimming through nutrient-rich water with its huge mouth open, and through a filtration process captures large quantities of zoo- and phytoplankton, krill, roe, small crustaceans, squid and fish.

Growing to a maximum length of up to 40 feet and weighing up to 34 tons, the whale shark’s mouth alone can be five feet wide. But despite its immense size, this gentle giant poses no threat to humans. Little is known about their reproductive behavior, and mating and pupping of whale sharks has never yet been observed. They are ovoviviparous and the only pregnant shark to ever be studied was found to be carrying more than 300 pups, the largest of which measured 23–25 inches in length.

Every whale shark has a unique pattern of spots that never changes, much like a human fingerprint. By capturing underwater images of the upper torso, scientists are able to identify and track individual sharks, enabling them to collect important data about each animal. 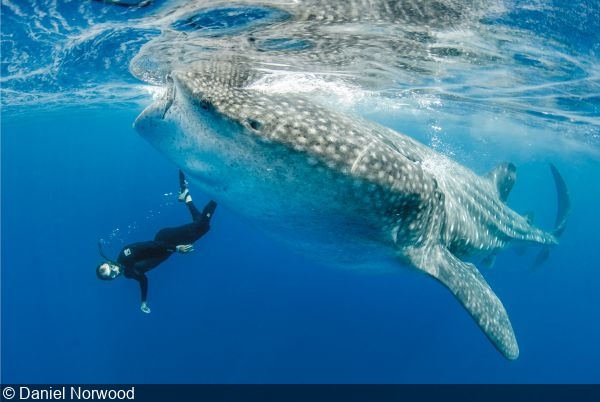 A snorkeler gives a sense of perspective to what is actually a small whale shark! 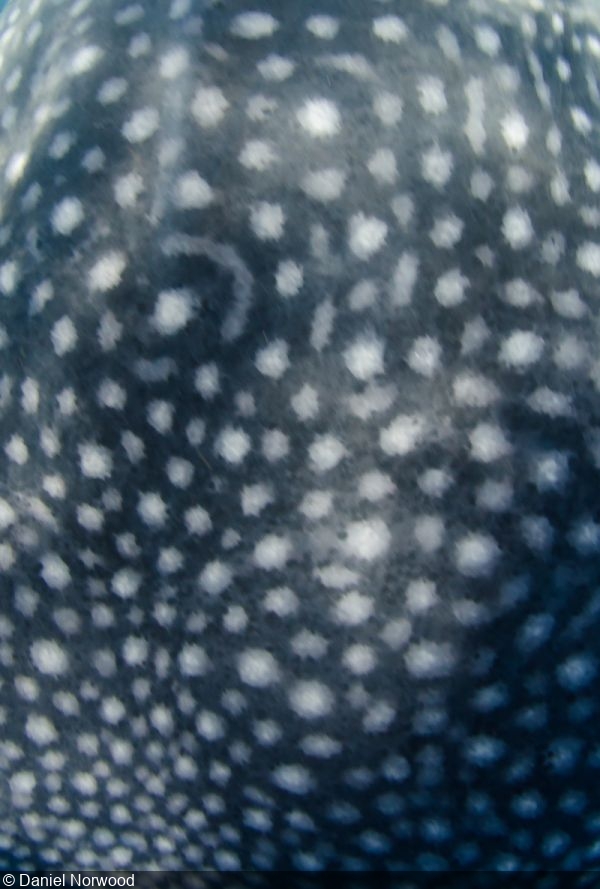 Where to Photograph Whale Sharks

A primarily pelagic species, the whale shark is found in all tropical and warm temperate seas except the Mediterranean. Due to their wide distribution, they can be seen in dive destinations all over the world, but are most commonly encountered in the Philippines, Indonesia, the Galápagos, the Maldives and Mexico, and each destination offers reliable encounters and unique photo opportunities depending on the season and time of year.

In the Maldives, whale sharks often appear on regular dive sites, making it one of the better places to encounter them while on scuba. Some liveaboards also use lights to attract sharks to the boat at night, providing a special chance to swim alongside them in the dark.

In Cenderwashi Bay in Indonesia, groups of sharks often gather around fishing boats and suck on the fishing nets to get a free and easy meal. When a handful of divers discovered this was a regular occurrence, they paid the local fishermen to join them on a trip to photograph the activity. It didn’t take long for word to spread and others to follow, and it is now one of the most popular dive sites in the region.

The Philippines is another destination where it is possible to photograph whale sharks interacting with fishermen, but this time they are hand-fed specifically for the purpose of ecotourism. Controversy has surrounded this activity since it began in the village of Oslob in 2010, but there can be no doubt that it enables thousands of people every year to get close to the world’s largest fish using just a mask, fins and a snorkel, in a relatively organized and controlled fashion. Watching the sharks come to the boats and line up for food is not everyone's cup of tea, but for underwater photographers it provides images unlike any other destination, and you are guaranteed to get close enough to capture good shots of the action. Perhaps think of it more as a semi-wild experience—although the sharks are completely free to leave whenever they like, of course. 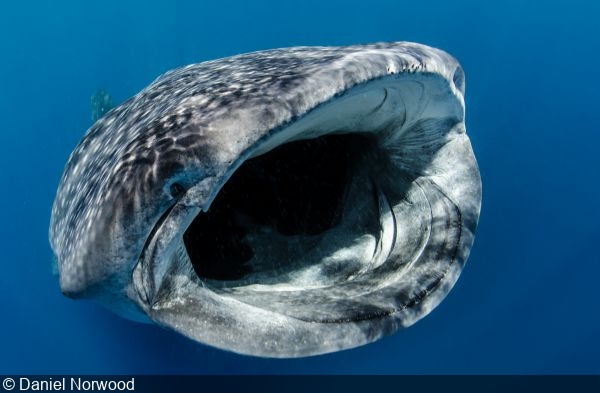 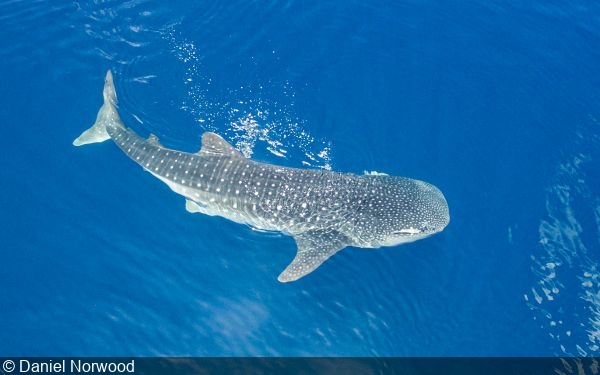 A different perspective of a whale shark from above, shot using a drone

If, like me, you prefer to capture images of the ocean’s biggest fish in a more natural environment, then you should join a liveaboard dive trip to Darwin’s Arch in the Galápagos Islands. The whale sharks that visit this remote site between June and October every year are mature females that are often visibly pregnant, and are some of the largest individuals ever recorded. Sightings are far from guaranteed, but if you are lucky enough to encounter a fully grown whale shark, you will most certainly never forget it.

There can be no doubt though that by far the most reliable and famous hot spot for whale shark photography is in the Caribbean Sea close to the small island of Isla Mujeres in Mexico. Every year from July to September, large groups of sharks gather offshore to feed on tiny bonito eggs, and it is not unusual to spend an entire day at sea surrounded by more than 100 sharks at once!

To make this annual aggregation even more special, the sharks are often joined by dozens of manta rays, and having witnessed this spectacle many times, I can speak from experience that there is nothing else quite like it. Unsurprisingly, this abundance off animals offers photographers hoping to capture good whale shark photos by far the best opportunity to do so, and since all the action is at the surface, you don’t even need to be a certified diver to get in on the action. 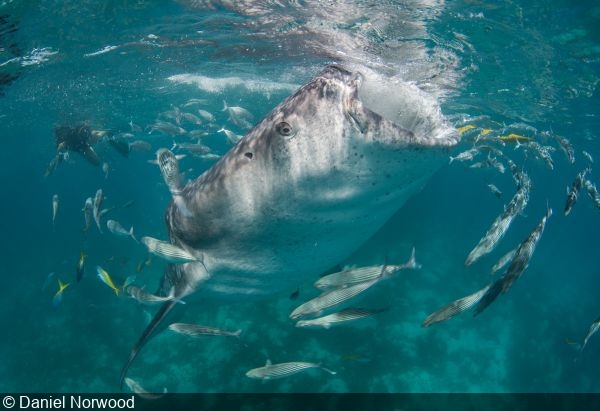 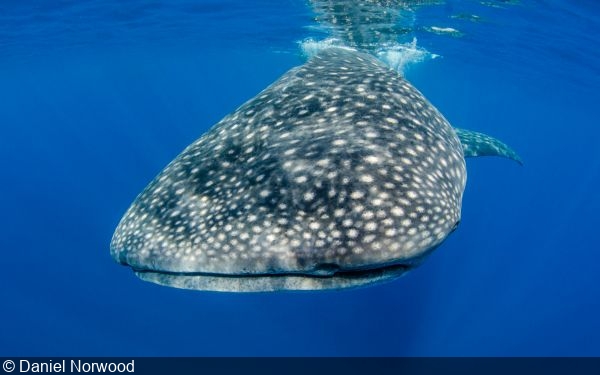 If you plan to take a trip dedicated to photographing whales sharks, there are a few things you can do that will help you capture the best possible images, and make the most of every opportunity.

First thing’s first, a fisheye lens a must. Even small whale sharks are still bigger than most other marine you life will ever encounter, so be sure to travel with the widest lens you have, and if possible use a zoom lens such as the Tokina 10–17mm or similar to ensure you can fit the entire animal in the frame. As most of the action is normally at the surface, strobes are not as essential as you would expect, and all of the images captured in this article were taken without using them. Chances are you will be working hard to keep up with the sharks too, so consider using a mini dome port to make your rig as compact as possible and reduce drag. This will be especially useful when snorkeling, as you will be swimming a lot, and if you are in Isla Mujeres, the action never stops.

If you do visit a destination such as the Galápagos where you plan to be diving with whale sharks at depth, pack the most powerful strobes you can find and mount them on long strobe arms to spread the artificial light as far and as wide as possible. A good starting point for your camera settings in all instances is to begin with a minimum aperture of around f/8 and a shutter speed of 1/125s, and these can be adjusted accordingly depending on the conditions. 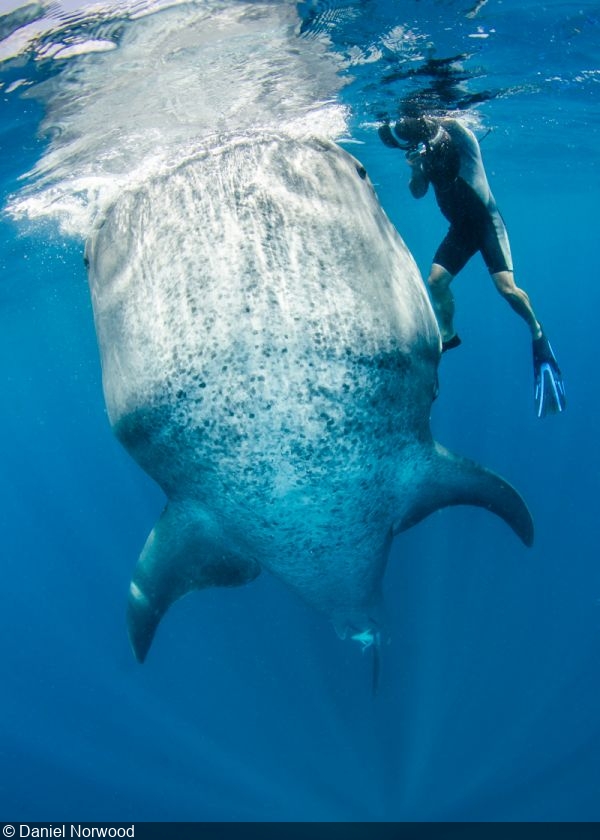 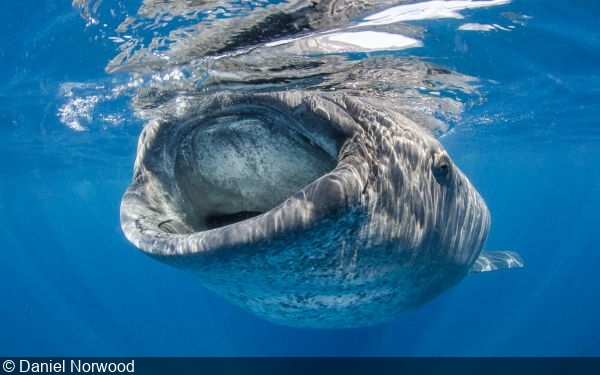 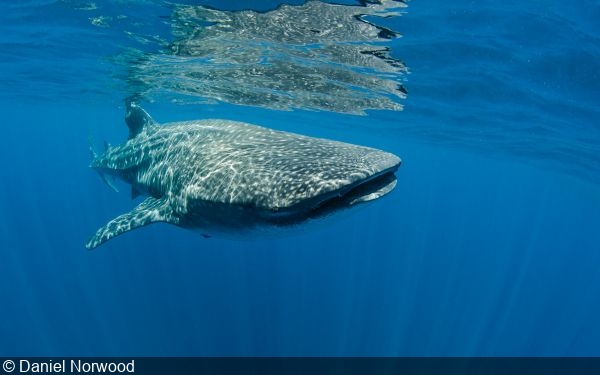 Surface reflections add another interesting element to a wide-angle image

Although it often looks like whale sharks are moving slowly, don’t be fooled into thinking you can catch or keep up with them! For that reason, try to resist chasing the sharks at all, as you will only end up with unimpressive shots of the sharks rear end and may scare them off in the process. When snorkeling on the surface, a good boat captain will drop you in the water directly in the shark’s path so that you can have a head-on approach to get the best images. Often when the shark passes you by, it will return from another direction so be patient and wait for the best opportunities to present themselves.

Don’t forget that whale sharks have been photographed all over the world many times before, so capturing something new will be a challenge. Consider taking images from multiple angles and utilize some different wide-angle techniques to vary your results as much as possible. In good conditions, awesome split shots are possible, and diving down and shooting up can result in impressive silhouettes. Try to capture feeding or other unusual behavior to make the image more interesting, and don’t forget to take photographs that include other divers or snorkelers to add a sense of scale to the image.

Most importantly, don’t get so caught up taking photographs that you forget to enjoy the experience. Encounters with this iconic animal are rare, so take time to appreciate the moment. 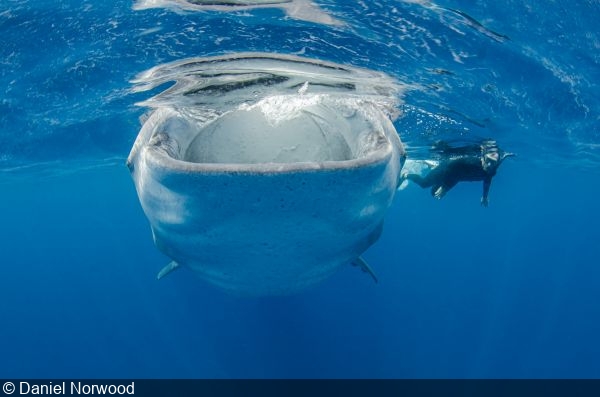 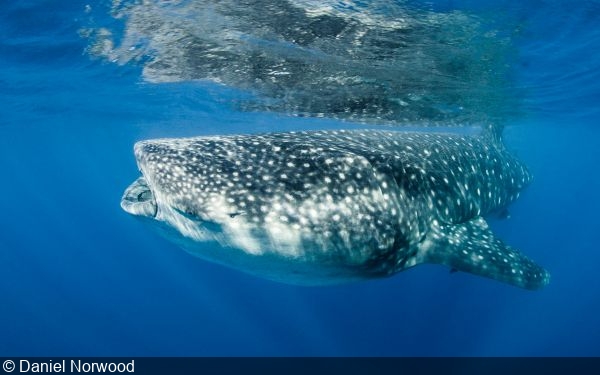 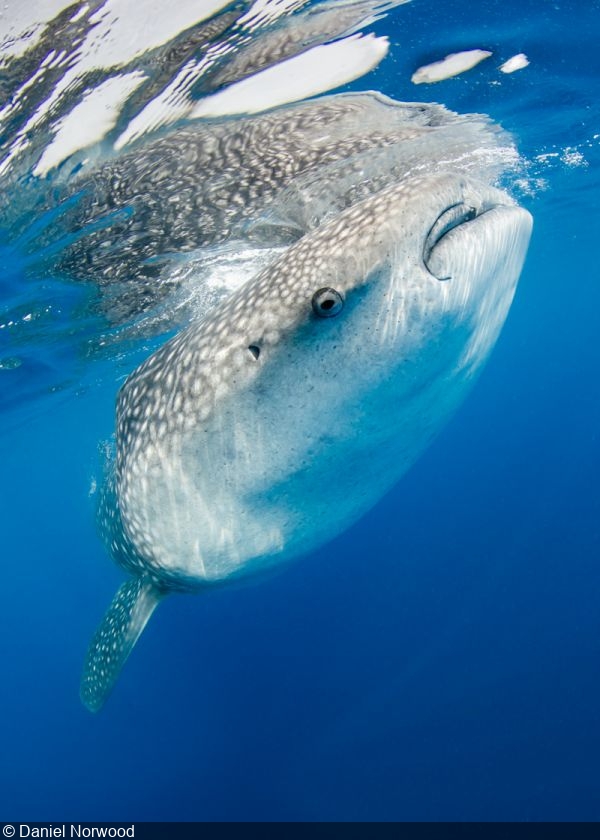 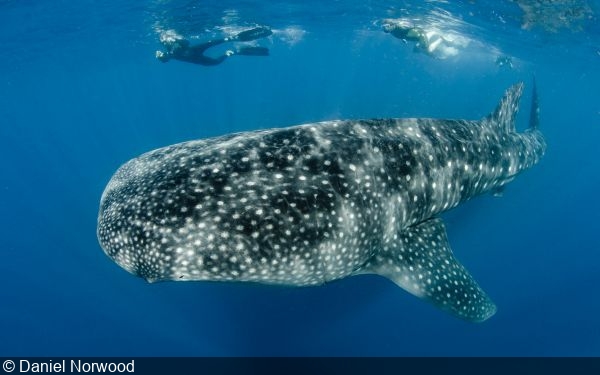 Snorkelers enjoy a special encounter with the world’s biggest fish