The North Pole is deadly beautiful. It’s a place where you can be amazed every minute by the beauty, but the cold also makes you remember how fast you can die out there each second of your stay.

Despite the risks, I packed by bags (and drysuit) for an assignment to the top of the world to photograph the elusive narwhals for my monthly column on underwater animals for the Disney Magazine. 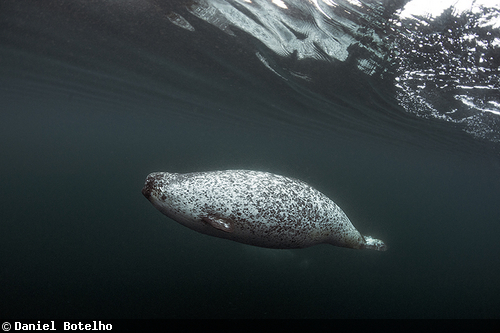 The goal was to shoot narwhal whales underwater, and my editor wanted the males, as they are the ones with the tusk. I needed to be able to swim long distances and to spend long time in the freezing waters. 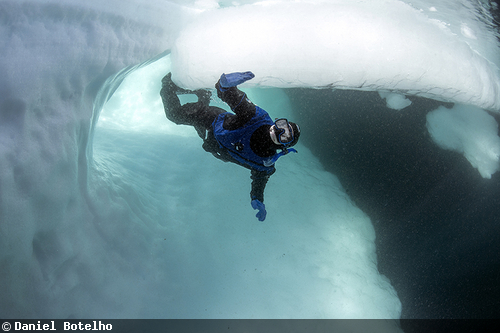 It took a serious training routine to be ready for this assignment. Diving in the ice and after that going back to sleep in a cold tent with no shower made me at some points feel like I was a frozen photographer. But it is amazing how fast our bodies can adapt. As they say, “Whatever doesn’t kill you makes you stronger.” 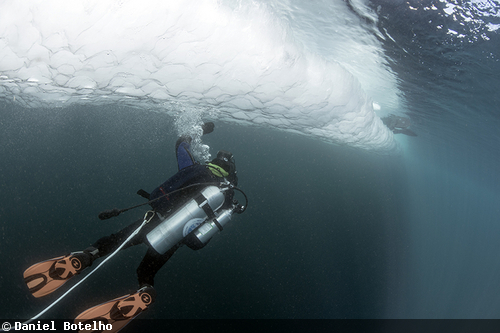 Getting in the water with the narwhals was the entire point of the trip; and it took two weeks of expedition for just three hours in the water with the animals. It was a huge relief to finally spot the animals—I had a lot of pressure to nail the shot. I knew from the beginning how shy they are and difficult to approach, so just seeing them was a great thrill. At first, I couldn’t get a good shot through the thermocline, but the sight itself was simply amazing. 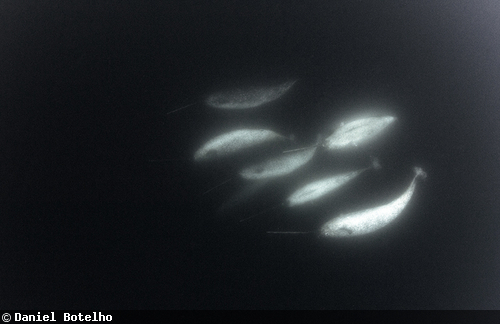 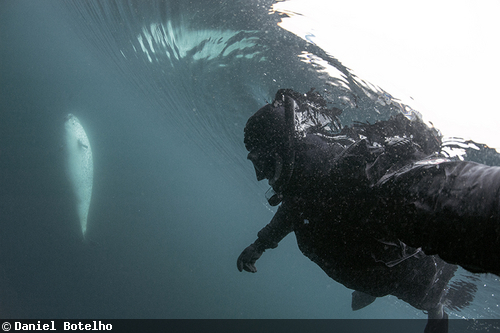 As always seems the case, I just had one opportunity to get the photos—so I couldn’t afford to spend too much time in awe. I need to have cold blood and focus. 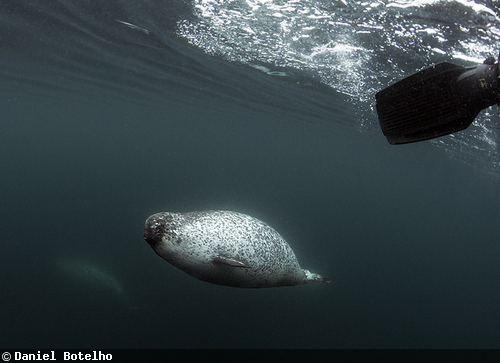 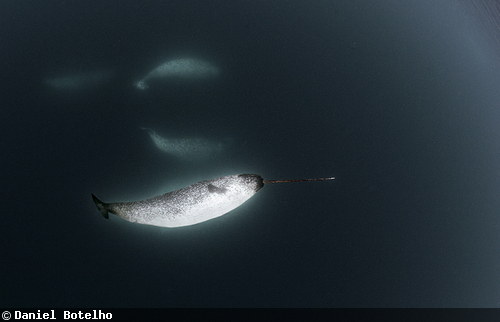 I used 1/200s as a minimum speed to freeze the action, and an aperture of f/8 to provide depth of field in case the pod was spread over various depths. I was amazed that my 800 ISO wasn’t enough for the snowy, stormy dark conditions. I needed to boost up to a 1250 ISO, but even with this setting, the water appeared pitch-black every time I shot downwards.

I was very happy to come home with the desired shot of the tusked narwhal. However, the snap of the female narwhal following my every fin kick was by far my emotional favorite—and a memory I won’t soon forget. 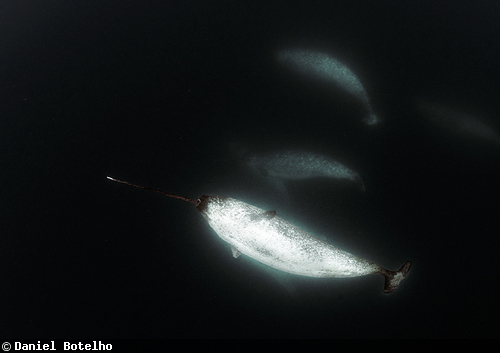 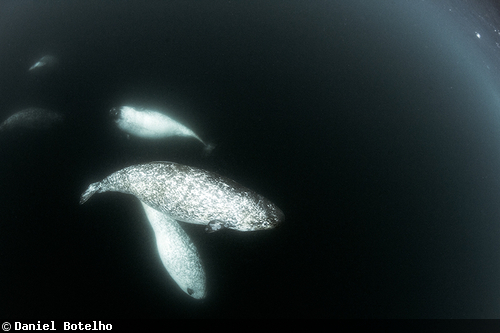 The Top of the World

Even if I hadn’t lucked out with the narwhals, I found amazing photo opportunities around every corner in the North Pole. There were belugas and seals in the water, and I always had camera in my hands for topside photo ops that popped up. 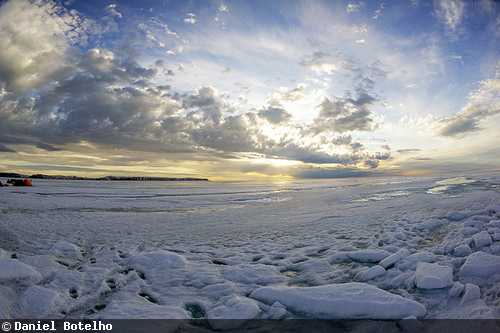 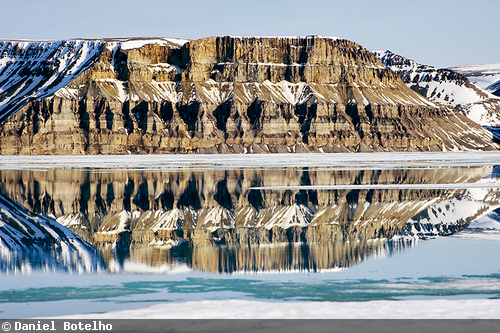 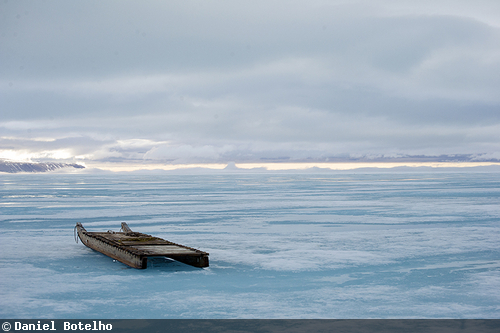 Icebergs are one of my passions and split shots of these magnificent pieces of ice are a childhood dream that I first fulfilled in Antarctica two years ago. But on North Pole I found some icebergs that made me spend four hours in the water—I just didn’t want to get out, despite the bone-chilling temperatures. 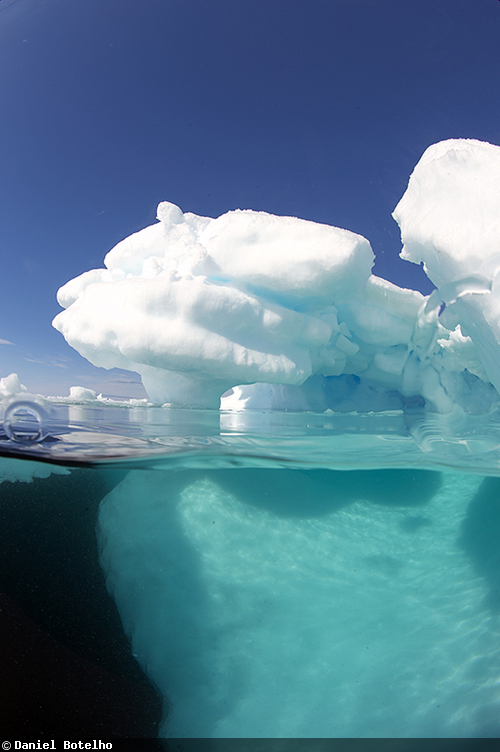 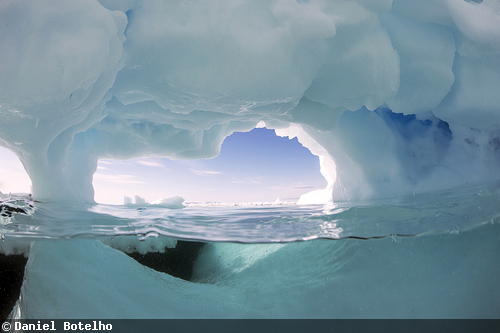 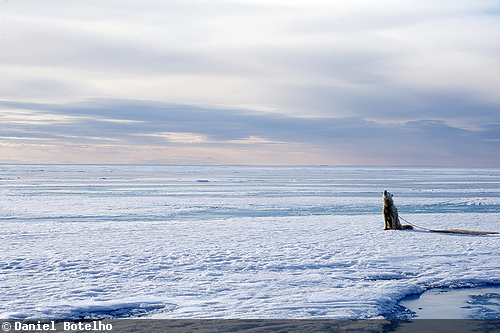