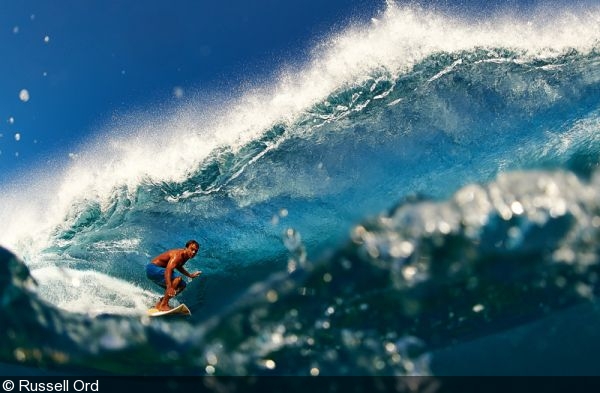 If you’re looking at these images by surf photographer Russell Ord and feeling a sliver of uneasiness, well then you are not alone. Just thinking about trying to coordinate timing of shooting, swimming, and breathing, you can’t help but wonder, “Man, how does this guy still have his camera in tact?” Not to mention his limbs and head. But regardless of whether you think you could step into Russell's fins or not, there is an indisputable fact that the waves in Russell Ord’s phenomenal images are mighty heavy. And without a doubt, he clearly entertains adrenaline as a frequent guest, for it takes a special sort of athlete and risk taker to capture photographs in such turbulent environments. 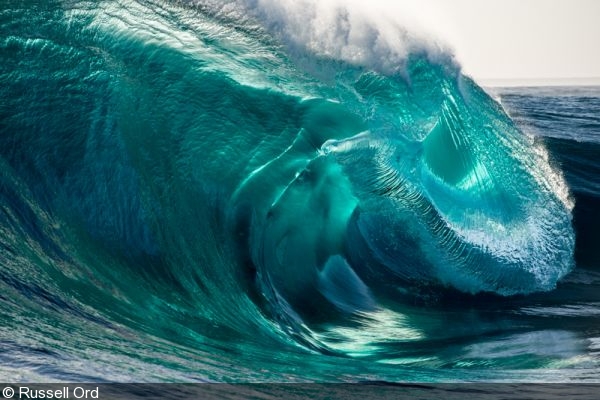 Whether under the surface or above, Russell has a signature quality to his images. The texture of his waves mimics cut glass, and the action depicted from both nature and sportsmen gives the viewer the sense that they are a part of the action.

To top it off, Ord’s giant mountains of watery glass are not only heavy, but being located off of his home of Margaret River in Western Australia, those waves are also cold and have been known to be home to more than a few toothy friends who have, in the past, made mistakes in their culinary choices. And so kudos to Russell, who is willing to take the challenge of adventuring into the watery wild in order to show the world some of the oceans’ most spectacular displays of grandeur. 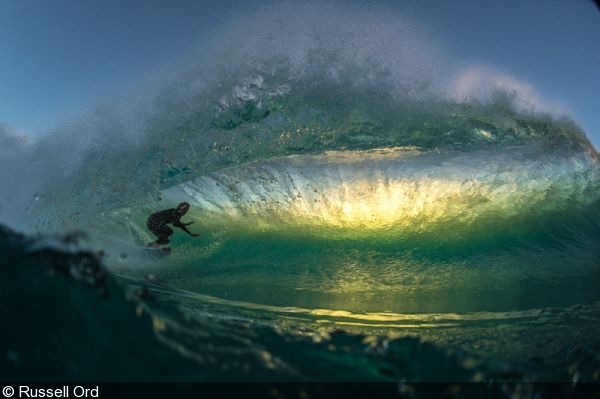 Russell says: “The last few years I’ve kind of gone away from capturing every single moment, and now I’m just trying to get that one moment that’s challenging to myself. So that means swimming right into the thick of things and seeing what we can do! Your whole life revolves around that: what you eat, how you breathe and how you train.” 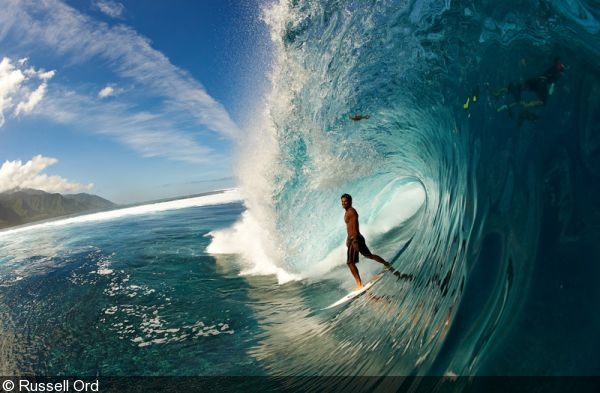 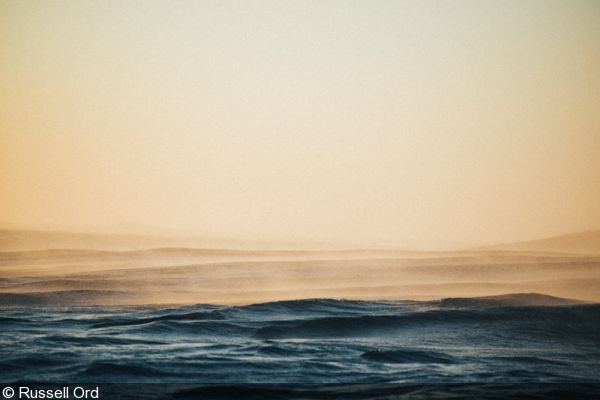 The middle of the Indian Ocean 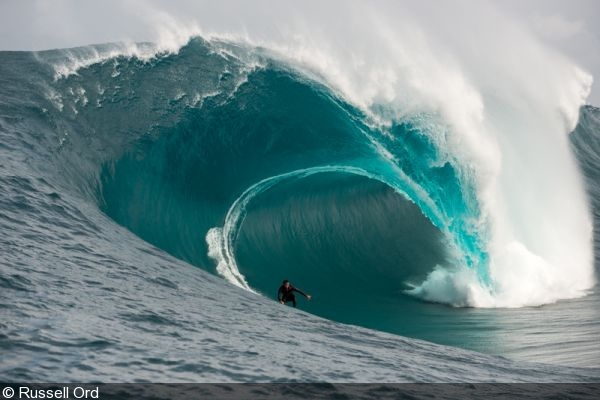 Dean Morrison taking on the might of the ocean at a secluded reef south of Margaret River, Australia 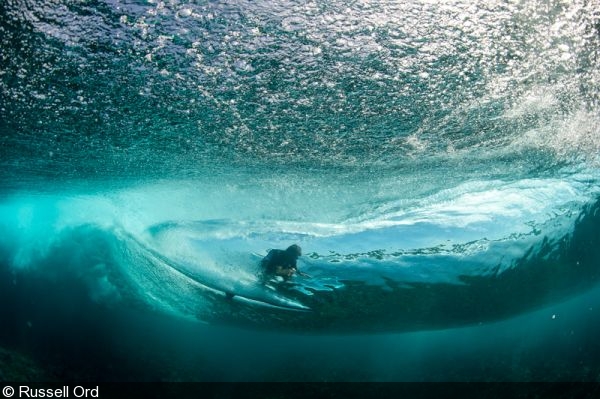 Ben Harland threading his way through an Indonesian barrel 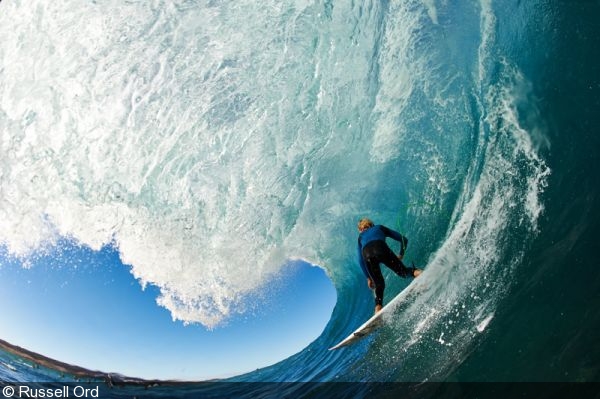 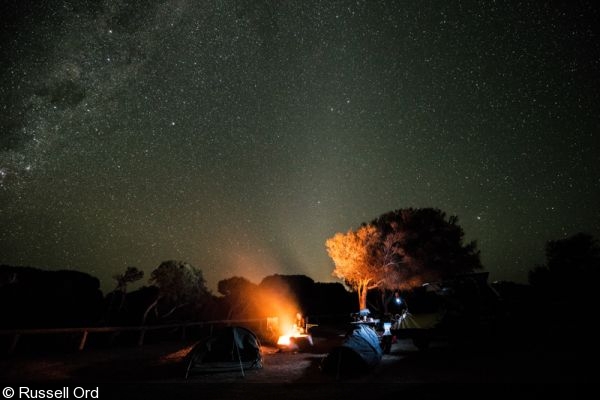 Camping out in the elements with filmmaker Darren McCagh, waiting for the right conditions 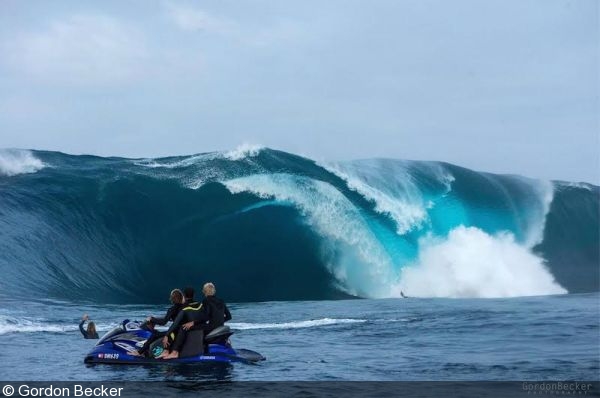 To see more of Russell's work, check out his website: www.russellord.com.