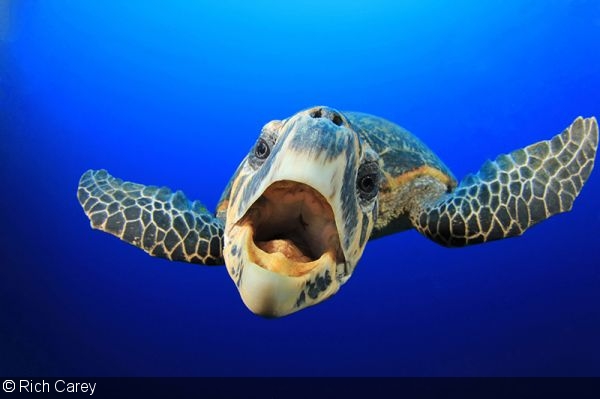 Many years ago, Rich Carey decided that work sucked. With that knowledge, Rich started looking for a way to earn a living doing something he enjoyed.

He took a job in the Bahamas practicing underwater photo and video, hoping to make the learning curve a little less steep. Rich then returned to Egypt to work as photo pro for a couple of dive centers in Dahab. After eight years in Egypt, it was time for a change of scenery. He now works aboard the MV Similan Explorer liveaboard in Thailand from November to May, and then works in Mallorca, Spain, for the European summer. As every day is spent diving and taking photos, he really doesn't mind getting up to go to “the office” anymore. 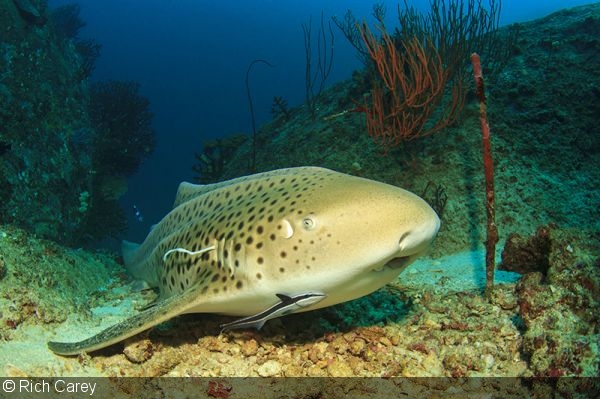 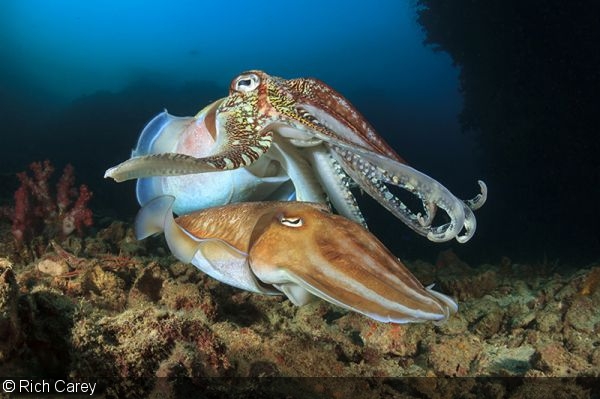 A pair of cuttlefish: The male is shielding his mate from rival males 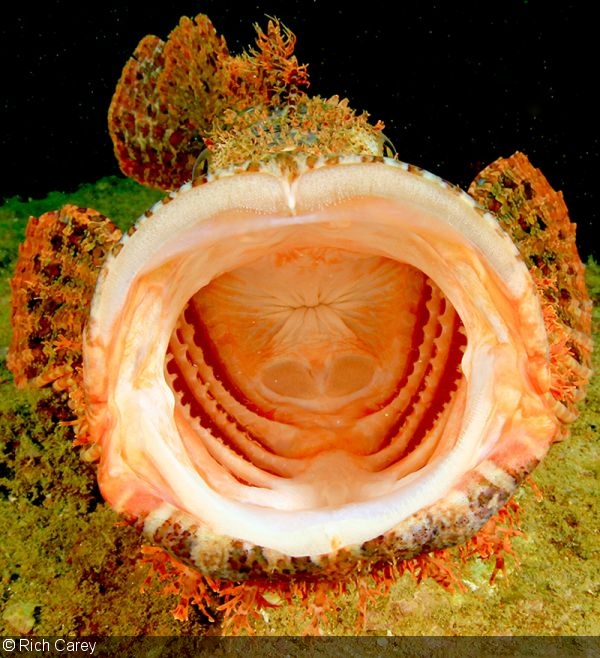 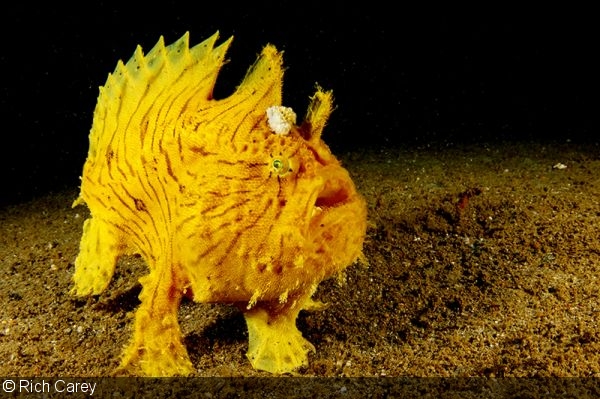 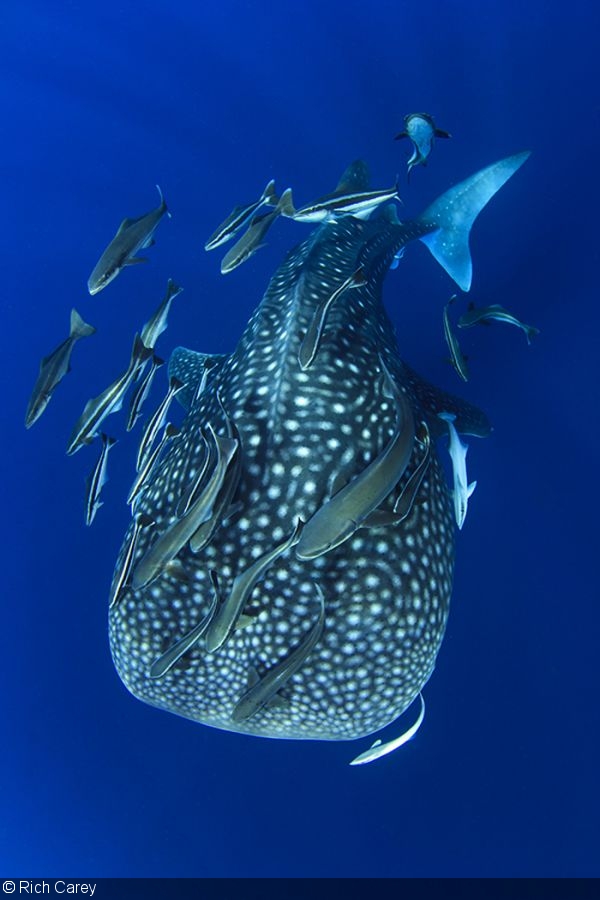 A whale shark with an entourage of remoras and cobias 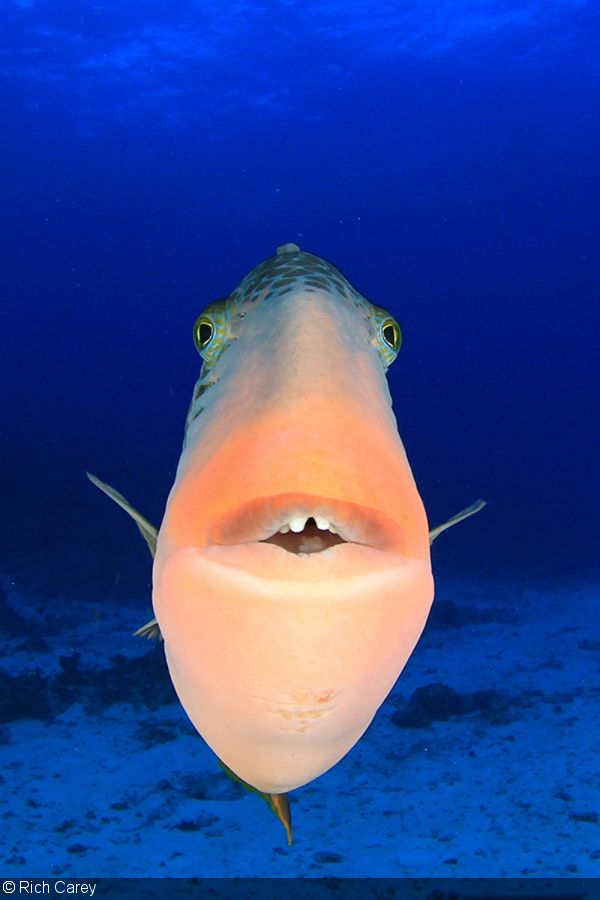 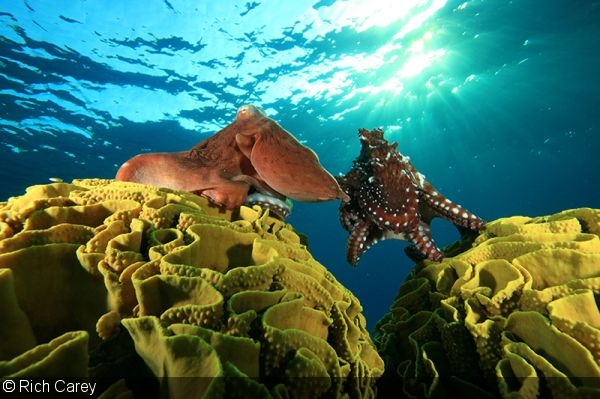 A pair of octopuses comes together to mate in Eilat, Israel 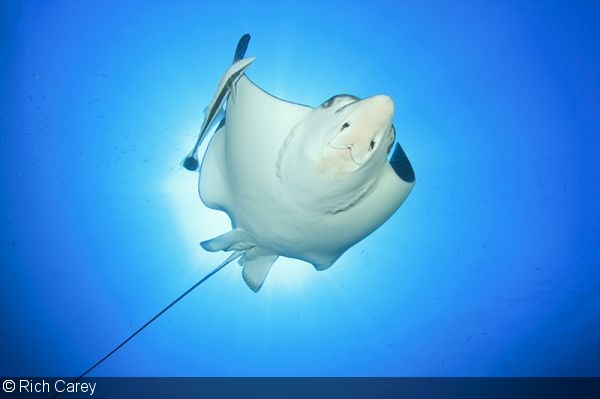 A spotted eagle ray in the Red Sea, Egypt 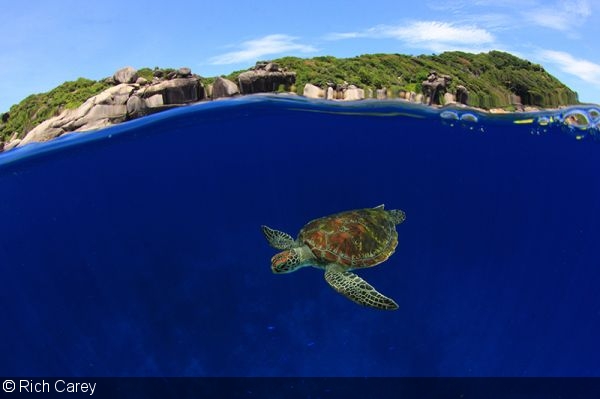 A turtle surfaces off the Similans, Thailand 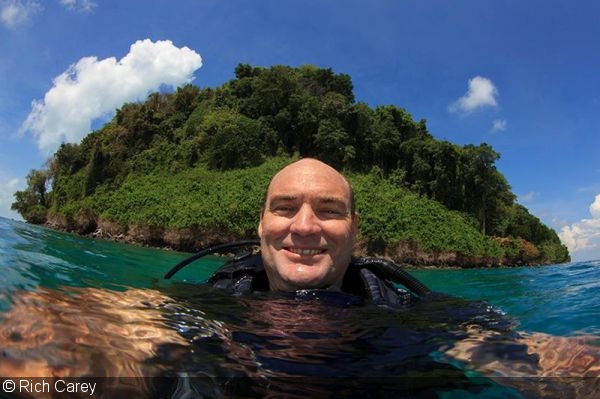 Rich hard at work in the office. He seems to be much happier than sitting behind a desk

Rich admits that he doesn’t update his website as much as he should, but that doesn’t mean you shouldn’t check out www.richardcareyphotos.com. From here, there are links to his stock photo gallery on Shutterstock and to his short book for beginner underwater photographers, on sale now on Amazon.