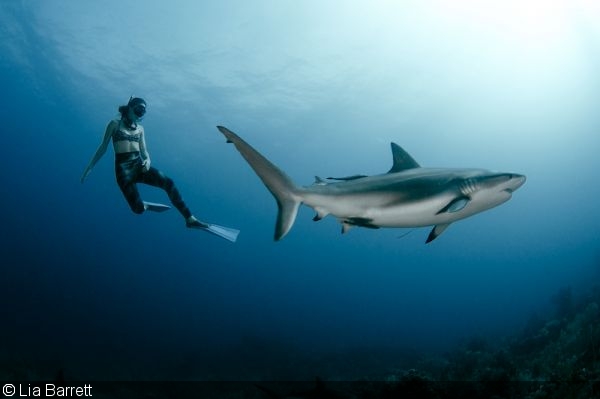 Colombian freediver Sofia Uribe Gómez and a Caribbean reef shark off of Roatán, Honduras, after the Caribbean Cup freediving competition

At the DPG offices, we often like to play a game: “Where in the World Is Lia Barrett?” Much like that famous computer game, it’s hard to keep track of this nomadic underwater photographess and DPG Photo Editor. “She’s in Tonga!” “No wait, it’s Fiji!” “I swore I saw her post about freediving in the Bahamas!”

It’s hard to say what motivates a photographer to drop whatever he or she is doing on a moment’s notice, board a plane to an unknown destination packed with little more than a camera, housing and strobes. But for Lia, it seems to be the unquenchable drive to never miss a single opportunity to capture something amazing.

With such dedication, it’s no wonder she’s landed gigs like a front-page story for the New York Times and a freediving project that had the folks over at CNN clamoring for an on-air interview. The one thing you can guarantee about Lia’s next project is that it will be as different and awe-inspiring as the previous one—whether it’s photographing freedivers having a tea party with swirling sharks or diving down 10,000 feet in a homemade submarine.

After viewing her photos, I think you’ll agree that we’d all be better photographers if we had just an ounce of Lia’s spirit for adventure. (P.S. We are fairly certain she’s in Mexico this week, but who knows!) 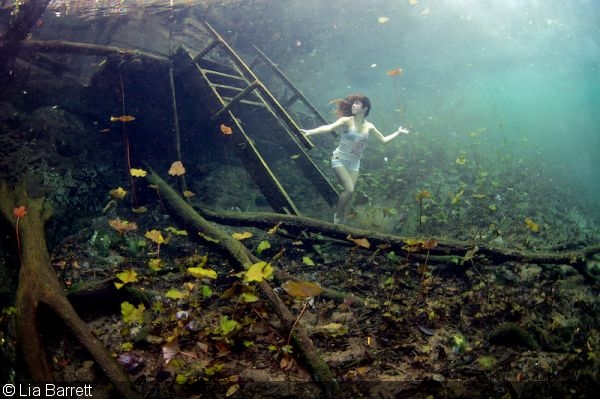 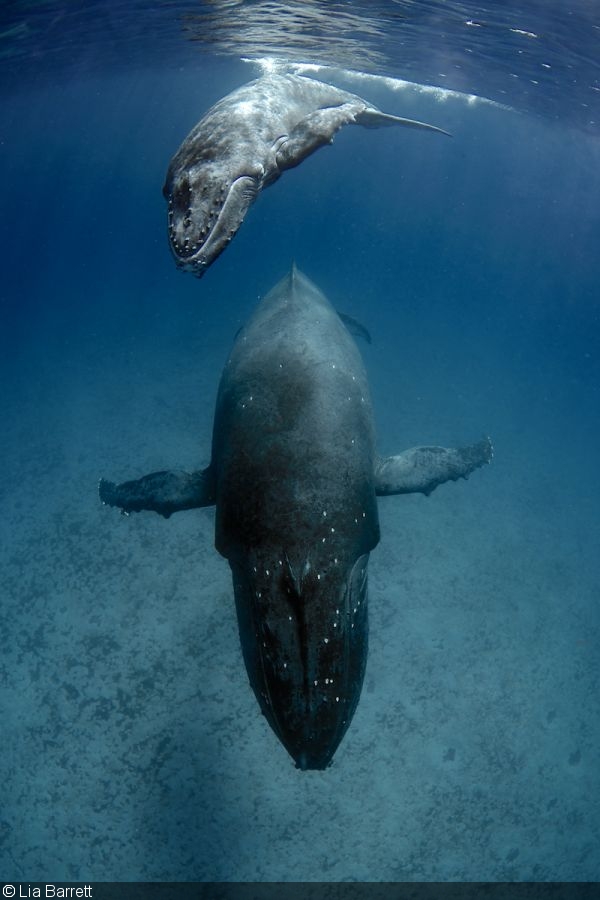 A mother and calf humpback whales off of Tonga 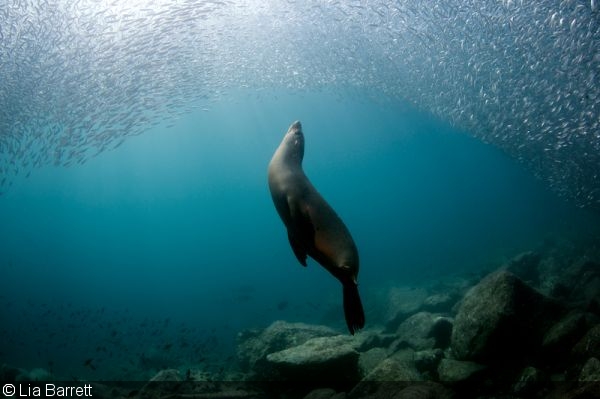 A sea lion parting a cloud of sardines at Los Islotes near La Paz, Mexico 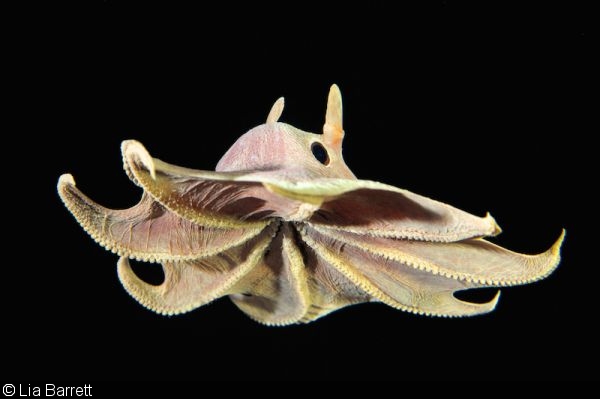 A deep-sea dumbo octopus photographed below 2,000 feet from Karl Stanley’s submarine off of Roatán, Honduras 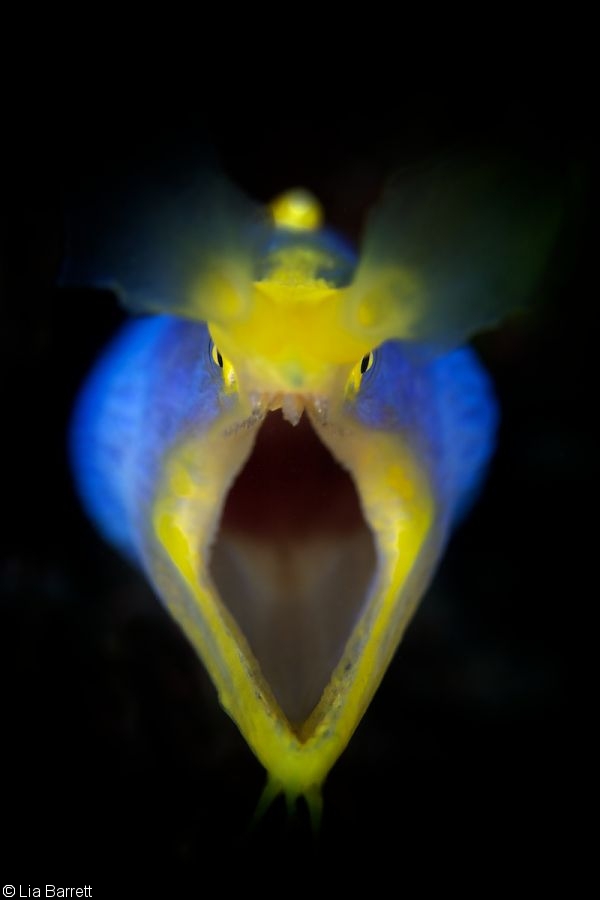 A blue ribbon eel in Lembeh Strait with Critters@Lembeh 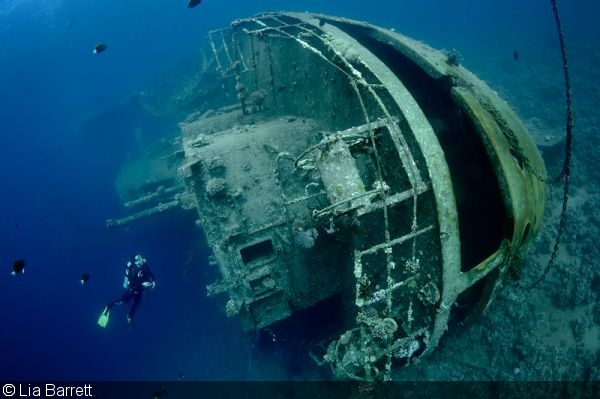 The Cedar Pride wreck off of Aqaba, Jordan 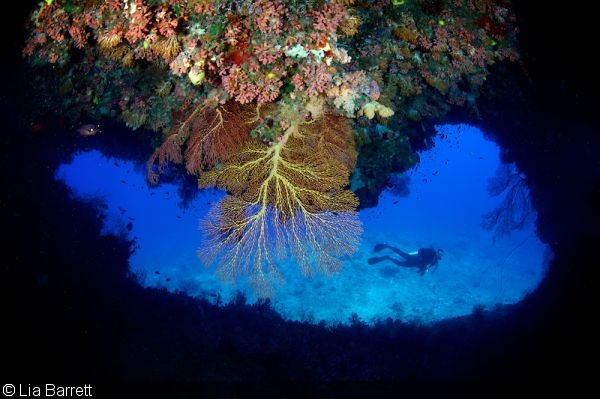 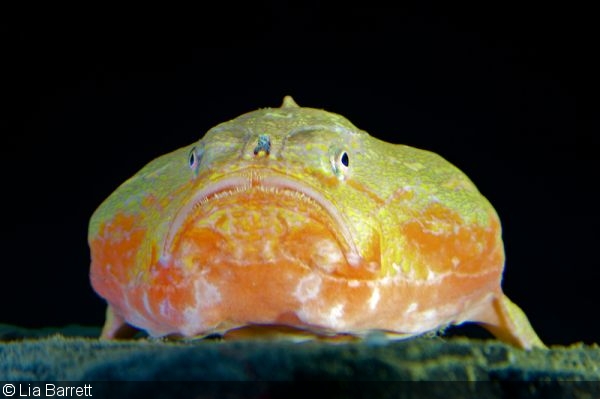 A pink frogmouth hanging out below 1,500 feet, photographed from Karl Stanley’s submarine 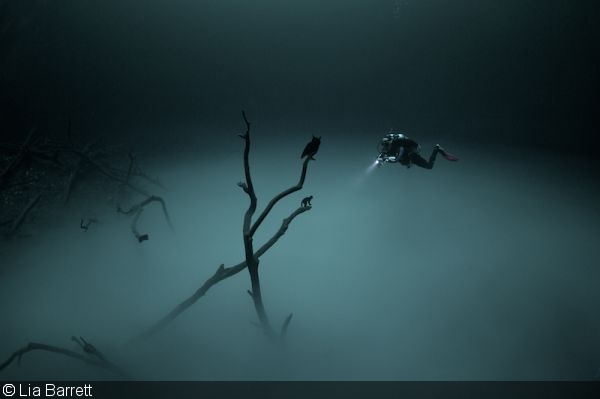 A safety diver holds the place of a freediver for test shots during a Prawno Apparel shoot. The silhouettes were cut out and placed in the trees 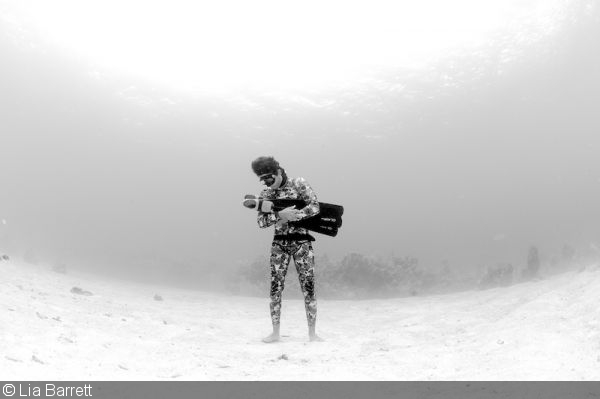 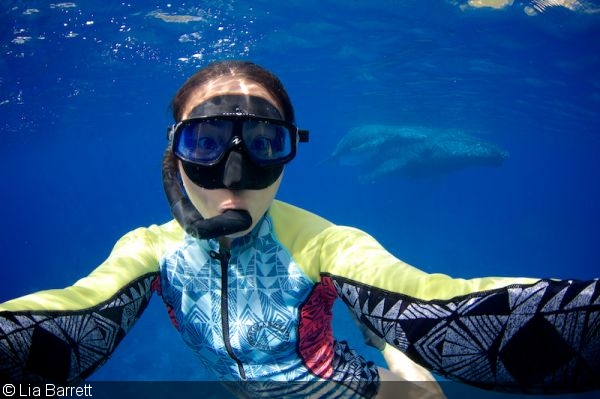 Lia making sure she had proof for her mother that she went swimming with humpbacks!

Lia will be doing two photography presentations at ADEX 2015 (“The Human Element” and “Thoughts From a Photo Editor”), and will be on the judging panel of the Voice of the Ocean 2015 Photo/Video Competition.

For more information on Lia’s photography, check out her official website. Also take a gander over at her line of ocean inspired apparel, Prawno.