When DPG asked me to try out the Olympus E-PL5, I was intrigued by the possibilities. While I primarily use DSLRs, as the photo pro at Critters @ Lembeh, I do have several point and shoots that we rent out and teach classes with, so I have great appreciation for the advantages of a smaller form factor.

The E-PL5 fits into a category known an EVIL. No, that doesn't imply a nasty disposition. It's an acronym for Electronic Viewfinder Interchangeable Lens. This encapsulates the prime differences between DSLR and point and shoot. 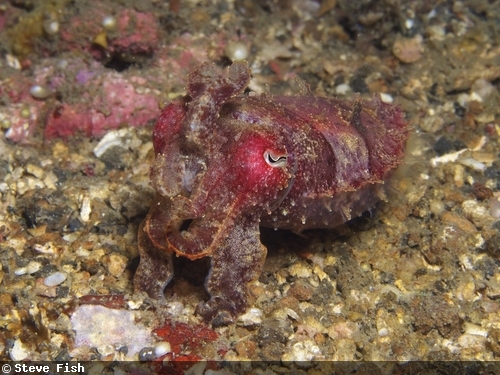 The Equipment
As an EVIL camera, the E-PL5 boasts a Four Thirds sensor (17.2 x 13mm), with a pixel count of 16MP, and interchangeable lenses—comparable to SLRs. One big difference with this EVIL camera is the absence of an optical viewfinder, making the user rely instead on the camera's LCD for all viewing like a point and shoot. Many SLR shooters will miss the optical viewfinder, but new shooters might enjoy the LCD screen. 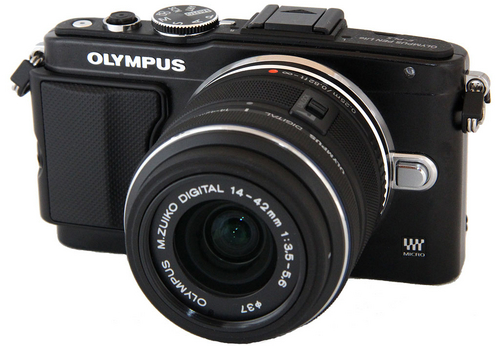 Because it does not have a mirror and optical viewfinder, its size can be much more compact than a DSLR with similar specs. The camera’s compactness also produces housings are also smaller and lighter than a DSLR housing would be—a big plus in the age of draconian airline regulations regarding baggage allowance. With a compact system such as this it is feasible to carry on the whole rig in your hand luggage.

Given the amazing macro opportunities in Lembeh, I set out with a basic configuration of the camera, the “kit” 14-42mm lens, and the PT-EP10 underwater housing with Flat Port. The housing has two standard fiber optic sync port for electronic flashes, which I hooked up with a single Inon flash.

Even with the standard kit lens, I was able to capture quite a bit of macro variety, with the great flexibility of the 14-42mm focal length. If you’re really a macro fanatic, you would want to invest in either the Olympus 60mm f2.8 macro or the Panasonic 45mm macro.

Dry Testing the E-PL5
So how does the rig perform? I started out with dry tabletop setups—taking topside images with the camera in housing and connected to strobes. I highly recommend that you start out this way with any new system, especially when you are planning on doing macro. If you can't get a good shot of an object the size of a USB memory stick on your kitchen table, you probably will have trouble when you get in the water. If you sort out any issues while dry and warm, your first in-water experience will go much more smoothly.

In my initial tabletop tests, I found that the camera's autofocus was lightning fast, even in fairly low light. I also found that I was getting good TTL exposures at f-16 or f-22 with the Inon flash set to S-TTL. The ability to get apertures for good depth of field is a big plus, especially when shooting macro critters where having the subject in focus can be tricky. A traditional point and shoot usually only stops down to f-8 or f-11. 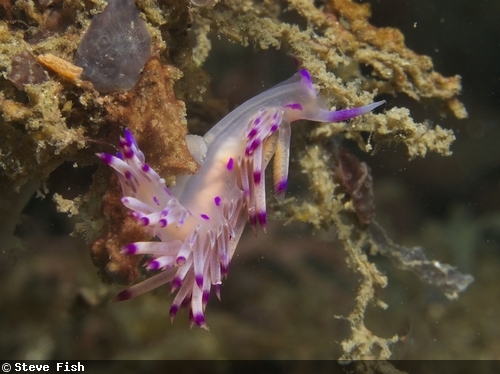 Dry tests make sure you're ready to snap away at rare in water subjects.

Based on my dry tests, I decided to use my typical DSLR settings of f-16 at 1/125th of a second as my initial starting point. One huge advantage of this and other Olympus cameras  over other popular brands is the ability to use TTL automatic flash while other camera settings are still in manual mode.

Getting it Wet: First Tests with the E-PL5
With my tabletop successes confirming that I had a workable setup, I was off to the water. Accustomed to a fairly large DSLR rig, the diminutive setup felt like I was diving with nothing at all. I have to admit it’s both liberating and a little scary. 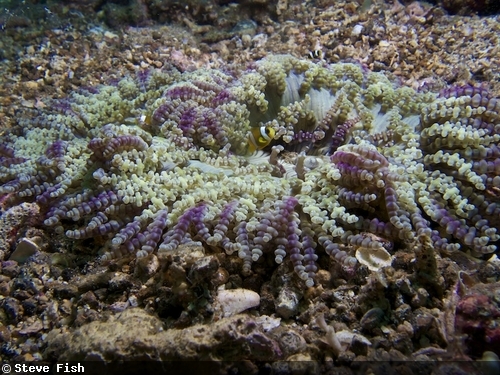 With the kit lens zoomed to the 14mm wide angle end of the range,
you can shoot medium size close-ups with the flat port. 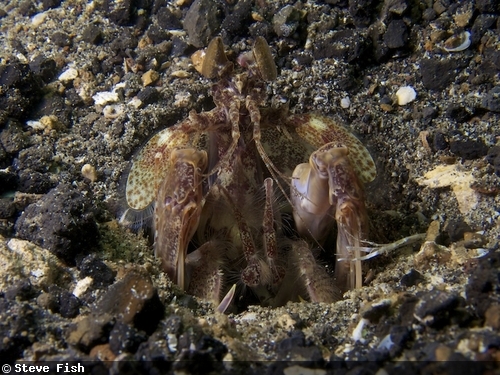 This image was shot at 21mm.  Depending on the situation,
you have full range of the zoom to work with for close-up and macro.

Then I looked for something fairly small to test the close focus ability at the telephoto end of the zoom (42mm). I found that I could in fact get subjects the size of a typical nudibranch armed with nothing but the camera's “Macro Mode.” I also discovered that underwater it still retains the lightning fast autofocus is has on land—a big plus in a camera that relies heavily on autofocus.

Subjects smaller that 2 inches (5 cm) are a problem without additional optics with this kit lens. A wet mount diopter is a must for any real macro shooter. Although I didn’t have access to one, I found that I could still put a +4 diopter on the camera lens and still have plenty of clearance inside the housing. 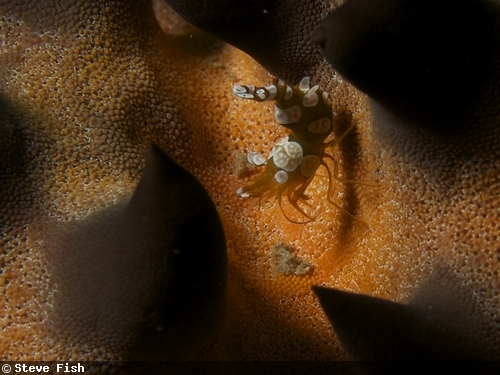 For smaller objects, you can will need either a macro optic, either in the
housing or external wet mount to allow closer focusing. 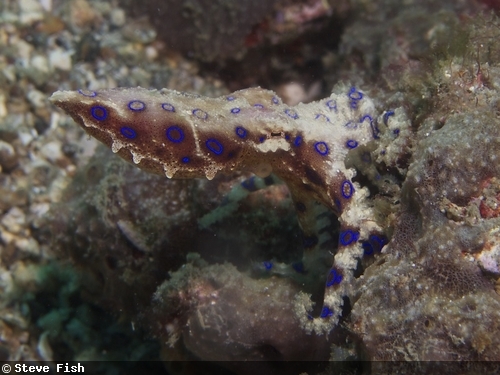 The lightning fast zoom and good TTL is really  helpful for subjects that
are moving around quickly like this little Blue Ring Octopus.

That worked exceptionally well and let me get down to some of Lembeh Strait's tinier critters such as the Sexy Shrimp. I would recommend a wet mount diopter for general use with the 14-42mm. It will allow you to shoot smaller subjects but is easily removable UW for those times you want to shoot something a bit larger. 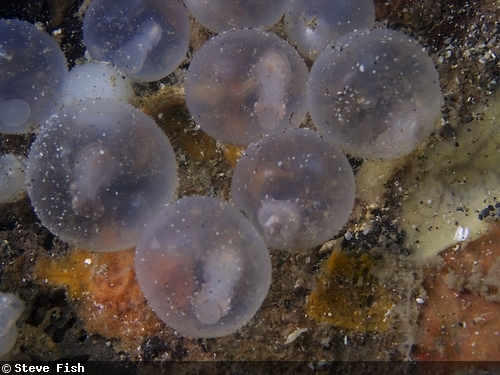 Underwater Video with the E-PL5

The E-PL5 is also capable of shooting full HD video, and features big steps up from previous PEN cameras—including a switch from the outdated motion-JPEG recording to AVCHD. I combined these impressive video specs with the 1200 lumens of the Sola 1200 LED video light.

The Olympus housing makes it easy to activate the video mode: There's a dedicated "Record" button that is easy to reach with your thumb. As with most video modes on small cameras, you don't have as much control as you do with stills. As soon as you begin to film a scene, the camera switches into an “Auto Mode” and will control the exposure and white balance.

This is why having a dedicated, strong output video light is critical when shooting macro and medium subjects with the E-PL5.  If you put plenty of light on the subject, it does a decent job. If you don't put enough light on it, you will start to get a noisy off-color image as the camera tries to compensate with more gain and more ambient light exposure. If shooting video is your primary goal, you would be better off with a real video camera, but if you just want to grab an occasional video clip, the E-PL5 can do an adequate job.

These brief video scenes were filmed with a single Sola 1200 while setup for stills. I simply turned on the Sola and pushed the dedicated record button on the housing. You will note that the camera uses an auto mode that is controlling exposure and white balance, so the video scenes have a different look than the still images. A DSLR handles the transition from still to video a bit more gracefully and allows you more manual control. These clips are tweaked just a bit in FCPX.

Final Thoughts:
Mirrorless cameras have certainly changed the name of the underwater photo game. Instead of lugging around luggage weights halfway across the world, you can achieve essentially the same image quality at a fraction of the size and price tag. You can purchase an enire E-PL5 package (camera, housing, tray, arms and strobe) for just about $2000 and still maintain SLR quality imaging—a price that would barely purchase just an SLR body.