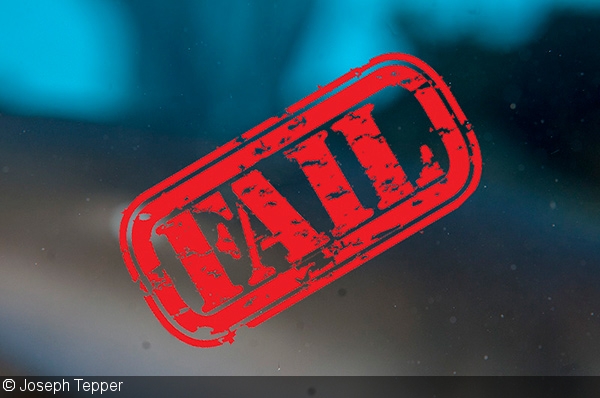 Take a look through Facebook and Instagram and you might think underwater photographers get things right every single time. After all, who wants to post a missed or messed up shot? Spoiler: We make mistakes. All the time. And I was recently humbled by such a moment while on assignment in Grand Cayman.

Grand Cayman offers up many macro opportunities such as blennies, shrimp, crabs, jawfish, and eels. Excluded from that list are nurse sharks. On assignment photographing the best of Cayman during the summertime, I happened upon a perfectly posed nurse shark. But I was armed with a 105mm macro lens, so the only option was to take an up-close abstract of the shark’s eye. That’s when I noticed a juvenile spotted drum swimming in circles on the shark’s head and I had the perfect shot in mind: A behavior image of the spotted drum going eye-to-eye with the nurse shark. 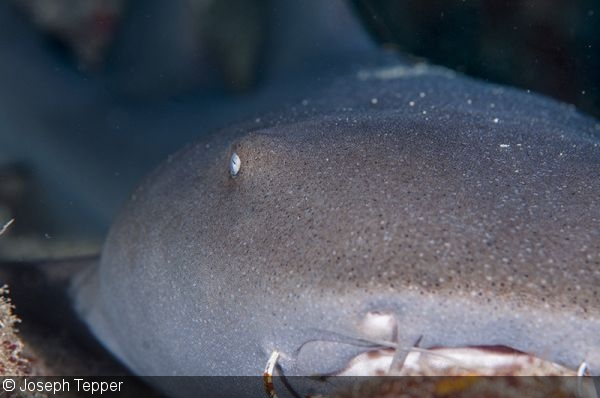 I approached this nurse shark as it rested underneath a ledge 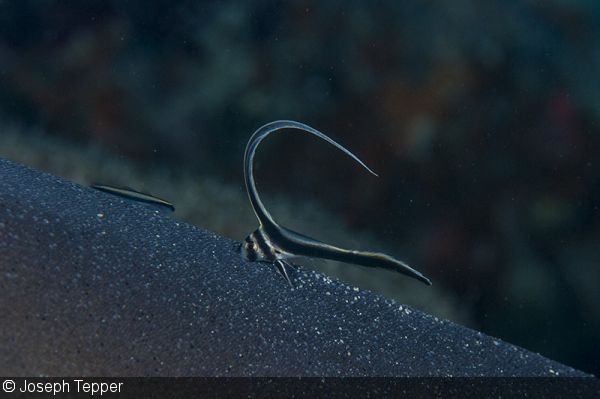 A juvenile spotted drum swims towards the head of the nurse shark, a picture perfect moment waiting to happen

Juvenile spotted drum are notoriously difficult to photograph as they are constantly moving. The only consolation is that their movements are typically in a circular, or figure-of-eight pattern. Such was the case with this subject as it flitted about the head of the nurse shark tucked underneath a ledge. I made sure to adjust my exposure settings so that all was set when the spotted drum finally moved close enough to the eye. I even took a couple test shots of the drum as it moved to ensure the proper exposure.

And then, after 10 minutes of waiting, the drum finally moved to the shark’s eye and all I heard was my camera’s motor struggling to focus in the darkness under the ledge. I frantically pressed the shutter hoping to capture an image, but all that came out was a big blur. 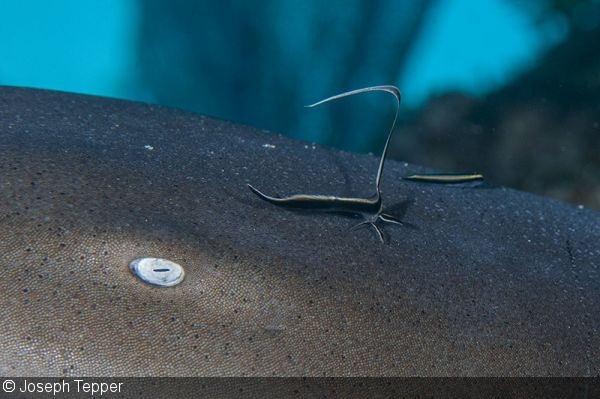 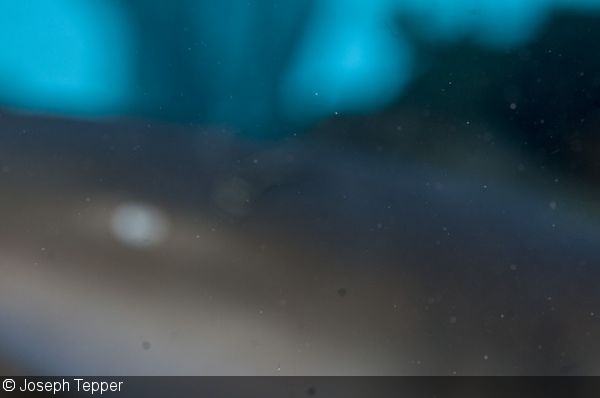 When the moment finally arrived, my camera struggled to autofocus in the low light, producing nothing but a blurry mess of an image

While I had fine-tuned the exposure and taken a few test shots, there was less preparation on the focusing side of the equation. Instead of half-pressing the shutter and waiting to click until the fish approached the shark’s eye, there was a much simpler solution: back button focus.

Because the shark wasn’t moving (only the spotted drum), I could have used back button focus to lock focus on the shark’s eye and then wait for the juvenile drum to swim into position. Because the focus was already locked, the camera would have fired off at the first touch of the shutter—and I would have had an in-focus image. I imagine it would look something like this… 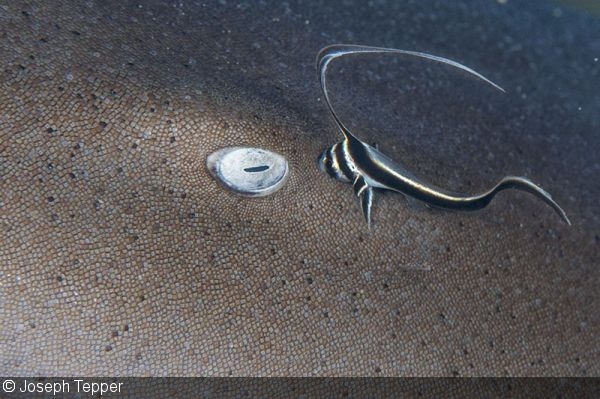