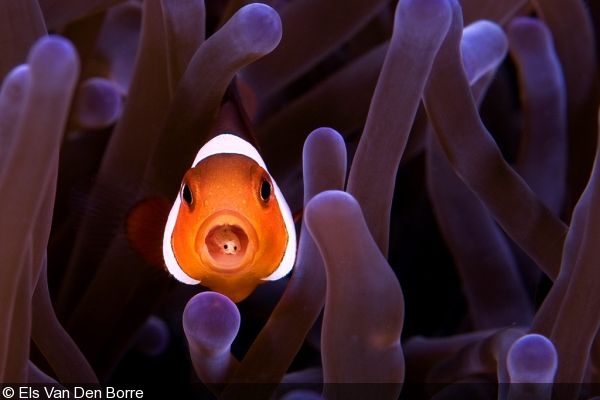 Hundred thousands of times they have already been photographed. And yet, clownfish are still one of the favorite subjects of underwater photographers.

Clownfish actually belong to the family of the damselfish. The first time I saw one while diving I was very surprised. My first thought: “But, this is not Nemo! This fish looks totally different!” In fact, the anemonefish that plays the lead role in the Disney/Pixar movie Finding Nemo is actually a three-band anemonefish, one of the 29 species of anemonefish.

Because of their speed, anemonefish are very difficult to photograph. They never sit still and are constantly hiding between the stinging tentacles of their anemone home. Even in the critter paradise that is Lembeh Strait, both my husband Bruno Van Saen and I spent a lot of time shooting saddleback anemonefish (Amphiprion polymnus). But then I noticed something very special: There was a parasite sitting on the tongue of the anemonefish. 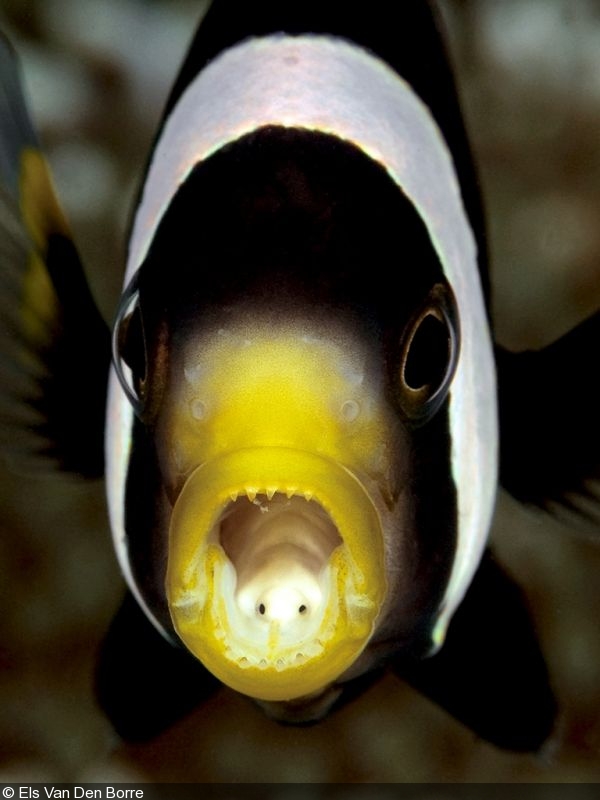 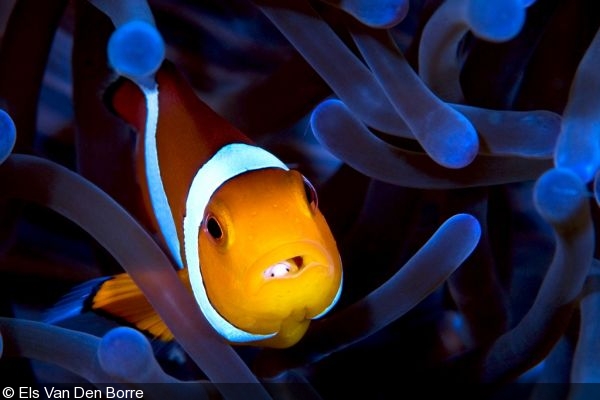 The tongue-eating parasite, or Cymothoa exigua, enters at a young age through the gills of the fish. By using its dozens of sharp claws it settles onto the tongue of the fish. Once attached, the parasite feeds on the blood and mucus, layer by layer nibbling the tongue of his victim.

The parasite grows and the living tongue of the fish slowly dies. Eventually the parasite replaces the function of the tongue. Remarkably, the anemonefish survives, as the Cymothoa exigua is the only parasite in the world that actually replaces the function of another organ. The generic exigua comes from the Latin word exigo, which means expel or disowned. The name of this crustacean animal is thus particularly well chosen. 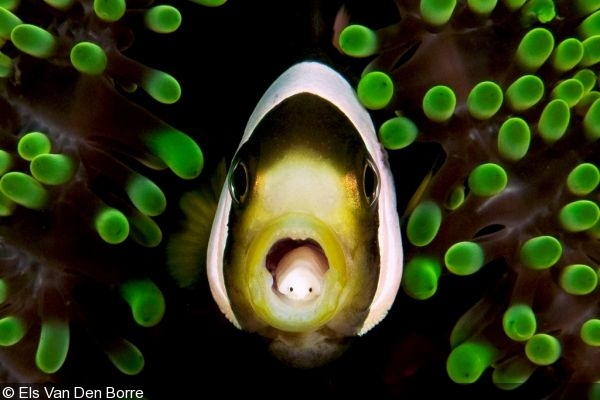 Since my discovery in Lembeh, this tongue-eating parasite became a personal obsession. Our subsequent dives, I started looking for anemonefish infected with this parasite.

Parasites are usually very beneficial for animals. They protect their host against disease by keeping them clean and by removing troublesome insects. And normally the damage done to the host is not so large, and the relationship between the two species keeps going on. But there are cases where this parasite has grown in size so the access to the esophagus is closed and the unfortunate fish eventually dies. 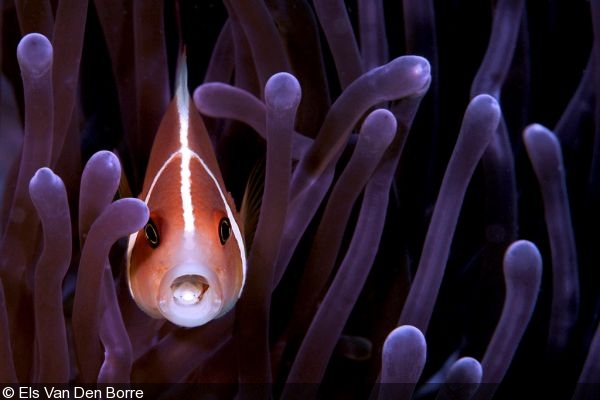 In the meantime, my photo collection has grown and this parasite becomes also very beneficial for me. I call images of this three band anemone fish with his mouth wide open and infected with the parasite “Mouthful.”

In the spring, “Mouthful” received first prize in the Advanced Macro Category at the NCUPS international underwater photography competition SEA 2013. And now that same photo has earned top honors in the Scuba Diving Magazine photo contest. Is this not a great return of Nemo? 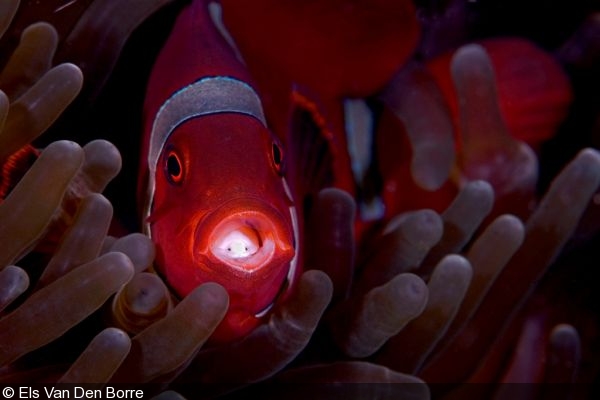