Stretching from Raja Ampat eastwards to Teluk Cendrawasih and south to Triton Bay, the Bird's Head Seascape in Indonesia's West Papua comprises over 225,000 square kilometers and more than 3,500 islands and reefs in the global epicenter of marine biodiversity. The region is home to over 600 species of hard coral (nearly 75% of the world's total!) and more than 1,700 species of reef fish—more than any other similarly-sized region on the planet. 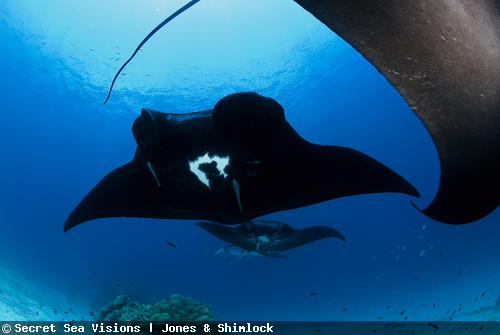 Moreover, many of these species are endemic to the Bird's Head—found nowhere else on Earth—and make excellent photographic subjects. And if all this biodiversity isn't enough to overwhelm your photographic senses, the Bird's Head is also home to a dizzying array of marine megafauna—including whale sharks in both Cendrawasih and Triton Bays, nesting leatherback turtles in the Jamursbamedi region, aggregating reef and oceanic mantas in Raja Ampat, and at least 16 species of cetacean, including orcas, sperm whales, pink Indo-Pacific humpback dolphins and Bryde’s whales. 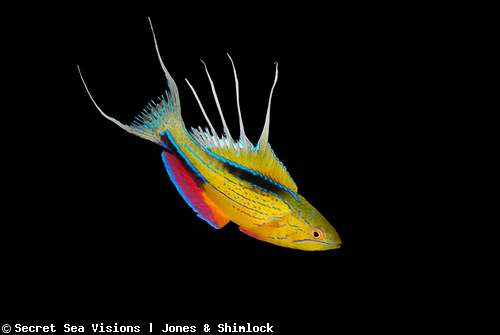 The Bird's Head is also blessed with spectacular above-water scenery, from its iconic karst “beehive” islets to the thickly rainforest-cloaked and mist-shrouded peaks of the mainland and larger islands—with eye-catching birds and insects and superbly photogenic village life and culture for divers needing a break from the water. 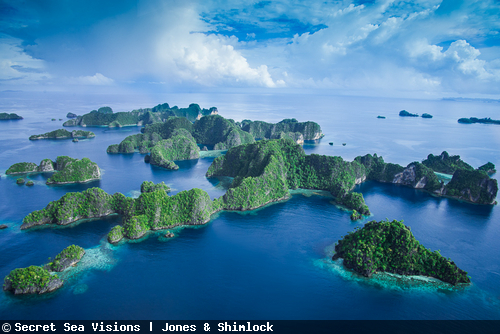 Add to this the dramatic diversity of underwater habitats—from marine jellyfish lakes to “blue water mangroves” and every possible reef geomorphology from current-swept reef slopes to steep atoll walls to soft-coral clad patch reefs—and you have a photographer’s nirvana.

But, you might ask, is it going to stay this way—or will the Bird’s Head succumb to the global wave of marine degradation sweeping across our oceans? 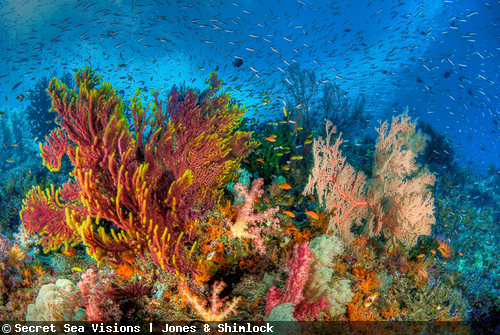 The stunning reefs of Raja Ampat

Fortunately, the Bird’s Head Seascape has been the focus of a large-scale marine conservation initiative since 2004, and most dive operators would readily agree that the reefs are, if anything, healthier and more packed with fish now than they were 10 years’ ago. 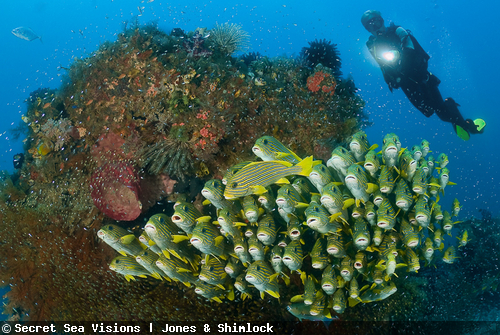 Since its initiation by Conservation International, The Nature Conservancy and WWF-Indonesia, the Bird’s Head Seascape program has successfully facilitated the development of a network of 12 marine protected areas (MPAs) across West Papua totalling nearly 3.6 million hectares (or 25% of Indonesia's national MPA coverage!) and grown into a strong partnership involving the provincial and regency governments, the State University of Papua, local and international NGOs like Papua Sea Turtle Foundation, Misool Baseftin, Raja Ampat Research and Conservation Centre, Sea Sanctuaries Trust, Manta Trust and CORAL, and marine tourism operators including resorts, liveaboards and local homestays. 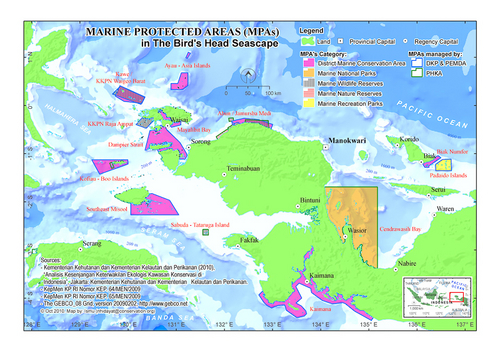 A primary focus of the initiative has been to ensure the effective management and enforcement of the network of MPAs, with a guiding principle of recruiting and training local community leaders as the MPA managers and patrol teams. This is in sharp contrast to most protected areas in Indonesia, where managers and rangers are normally chosen from top national universities—which ensures they have a good education, but normally means they are not overly passionate about protecting the reefs they are hired to manage. 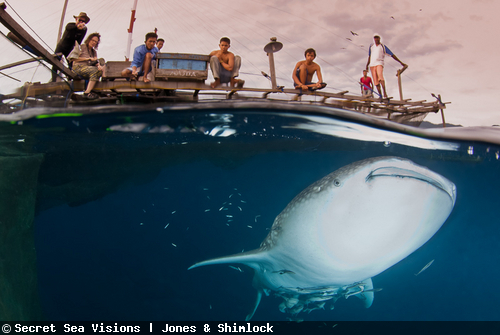 The whale sharks of Cendrawasih Bay

By investing strongly in building the management and enforcement capacity of local community leaders, the Bird’s Head initiative has succeeded in largely eliminating blast and cyanide fishing in its MPAs. A parallel focus on marine conservation education of coastal schoolchildren in the seascape (using floating environmental education centers like the Kalabia in Raja Ampat and the Gurango Bintang in Cendrawasih Bay) has also been highly successful in engendering a strong sense of ownership and pride in the spectacular marine resources of the seascape. While the focus on MPA management and enforcement and education has generally led to a cessation of destructive fishing and the recovery of coral reefs and their fish stocks (much to your camera’s benefit!), the Bird’s Head Seascape initiative has also focused conservation efforts on some of the larger and more charismatic inhabitants of the seascape. 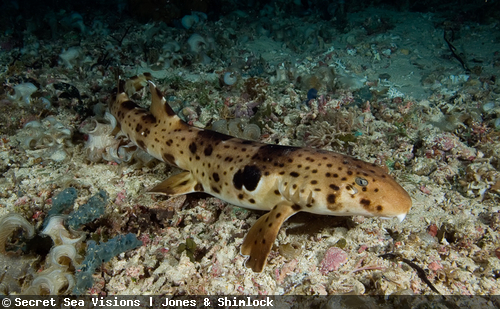 Since the onset of the initiative, turtle nesting beach protection has been a key initiative of groups like the Papua Sea Turtle Foundation and the Bird’s Head Leatherback program, and green and leatherback rookeries across the seascape are now almost completely protected from poaching. A turtle over a colorful Raja Ampat reef

More recently, the partnership worked closely with the Raja Ampat government to declare and legally protect Indonesia’s first shark and ray sanctuary, which is now actually leveraging the national government to follow suit with national level protections for mantas and some shark species! Across the seascape, the management authorities are now paying closer attention to better managing tourism interactions with mantas and whale sharks, with regulations now under development. Overall, the future is definitely increasingly bright for both the marine life of the Bird’s Head and the divers and especially photographers coming to enjoy it. A critical strategy in the Bird’s Head Seascape initiative is to prove to the governments and people of West Papua that marine tourism has tremendous potential as a key sustainable economic development driver that can provide jobs, taxes and multiple indirect benefits to the region. By visiting the Bird’s Head, you help convince the governments there of the value of protecting their rich natural resources instead of exploiting them for quick profit from mining, forestry and industrial fisheries.

And that is both good for the reefs and for photographers!