I got a call from ad agency out of the UK and they had a job for me shooting for Guinness Beer. Beer advertising and surf photography don’t usually go together, so naturally my interest is peaked.

They had this idea: What would it be like if we shrunk a photographer and put him in a glass of beer and had him capture the beer being poured from below looking up. So, these clever ad people tried to figure out how to do this went on the internet and started looking around for something that looked like that and they came up with my photographs from underwater of waves breaking. They called me and I jumped at the chance. 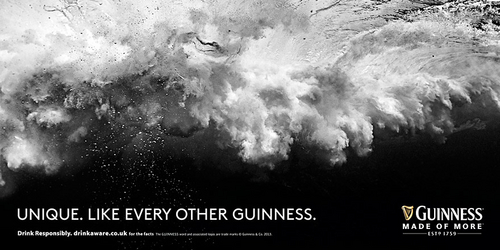 Planning the Shoot
I have been a surf photographer for 35 years and shoot lots of underwater photos whenever I travel. But this was the first time my underwater shooting would be the priority on the shoot.

Tahiti was the obvious choice for me, as this is where most of my images come from. Well, they talked the client into this location and they met me there a couple weeks later. 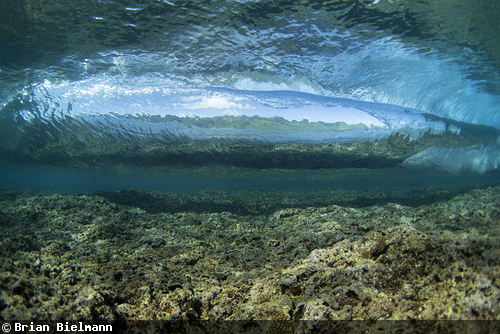 On Location in Tahiti
The first day’s waves were a little too big for this type of shot—you usually want smaller waves where the water is clearer. Not to mention there were a lot of some surfers out, so we ended up swimming under some pretty good size waves. I found some great surf action from below the surface, but the images were too crystal for Guinness to use—you could even see the reef below. Still, some great outtakes… 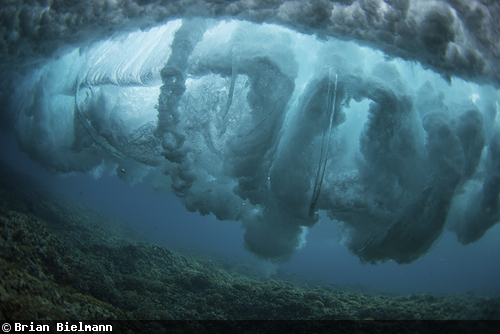 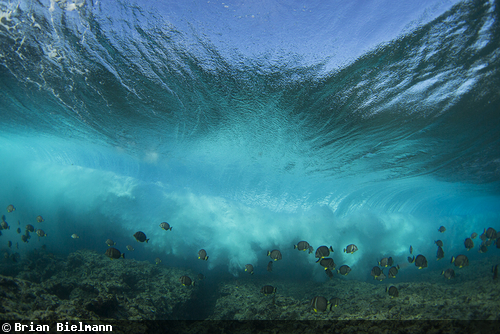 The rest of the week it was perfect head-high waves and we shot two to three times a day in all different lighting conditions—cloudy, sunny, low light, high light. We got so many great shots, there was almost too much to choose from.


Exposing the Waves
All the shots were shot between 400 and 800 ISO, allowing me to get the best depth of field and shooting at the fasted shutter speeds possible. In the evening, I moved to ISO 800, while during the mid-day sun ISO 400 was more than enough.

All photos were shot at Shutter Priority Mode, which is where you set the shutter speed you need and the camera chooses the aperture. In this case, mornings and evenings at 800 ISO were usually around ISO 1000 f/4, while mid-day at had tigher apertures of f8 and higher. 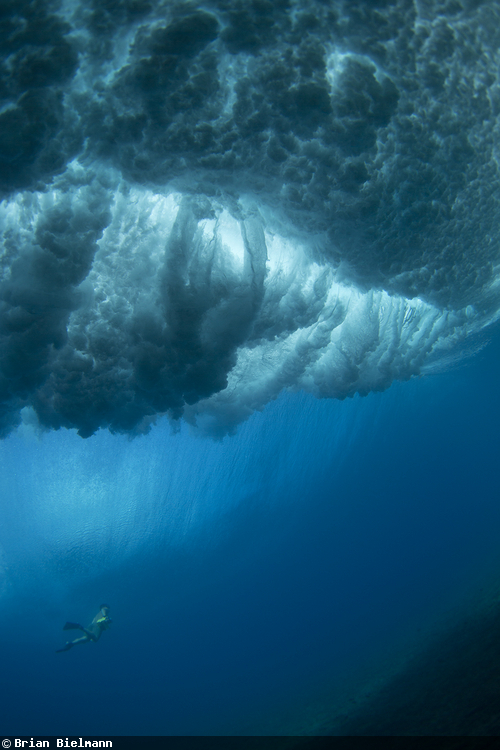 As for focusing, I go back and forth on my preferred method. Sometimes, when the waves are consistent in size I just pre-focus the fisheye lens to a one-foot distance. If there’s greater variation in size, I let the camera autofocus do the work.

I preset the lens most of the time to 15 mm because I have a full-frame sensor and want to avoid vignetting. Other than that—I just keep my finger on the trigger and look for the moments in-between the moments you’re expecting. 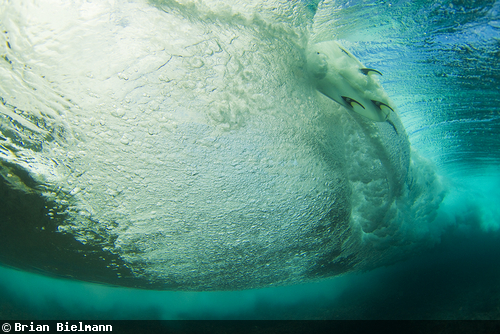 Into the Drink…
We tried all different shots in the layouts, as Nadia the art director would do mock-ups every night with the shots. Of course, my favorites were the ones that were probably too crazy. After all, they really wanted to make sure that the ads looked like beer. 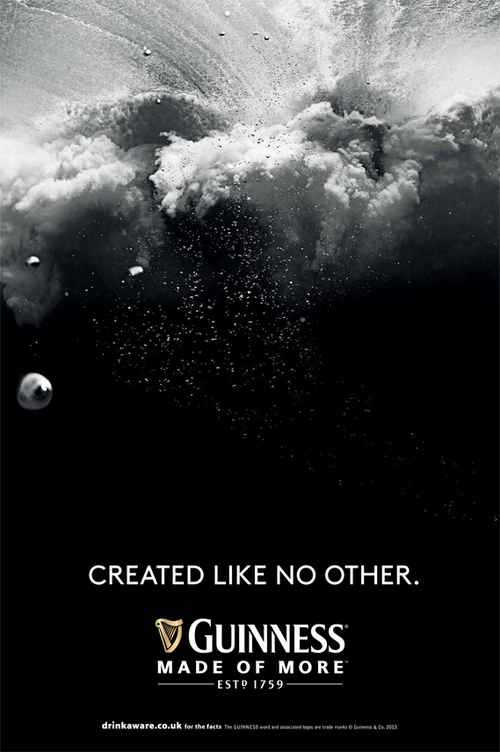 Take a look at the photos after Nadia has done the post-processing and decide for yourself if it feels like falling into the drink. For me, when I look at these photos I can almost taste the beer.