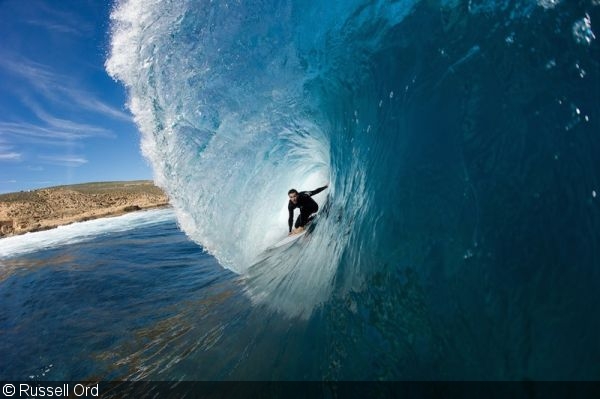 It’s all about getting that certain shot…
—Russell Ord

DPG: What is the biggest challenge of being a surf photographer?

Russell Ord: For me it’s just a matter of keeping my focus on what I want to achieve. It’s all about getting that certain shot: the chance to take that “one” photo throughout the year is slim, so when that chance occurs I would like to think I am ready for that challenge.

DPG: Is it a territorial field? I mean, there’s only so much wave…

RO: Shooting certain waves can get extremely busy—great photographers down to someone that just comes and poaches anything that moves without bringing something to the table. It’s great on the one hand because it forces you to think outside the square, challenge yourself for different angles—makes you think of other possibilities. 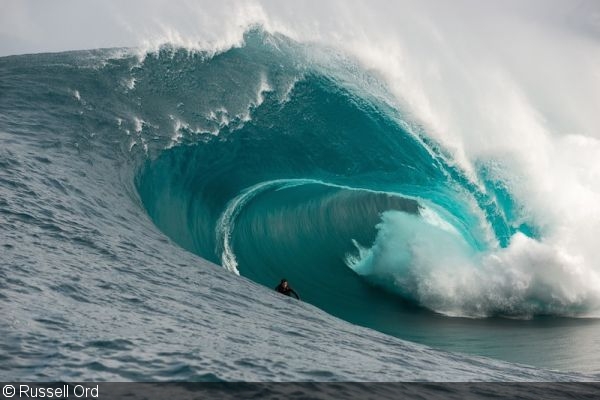 DPG: How do you line up a shot? What’s going through your head?

RO: You just get better and better over time. Like anything, the more applied practice, the more it becomes second nature.

DPG: How did you get into surf photography? What is your background?

RO: I had surfed for years before I become a surf photographer. I had a lot of experience in the water, and through an injury surfing, I decided to pick up a camera and document my friends. From that moment in time, I dedicated myself to the art of surf photography. 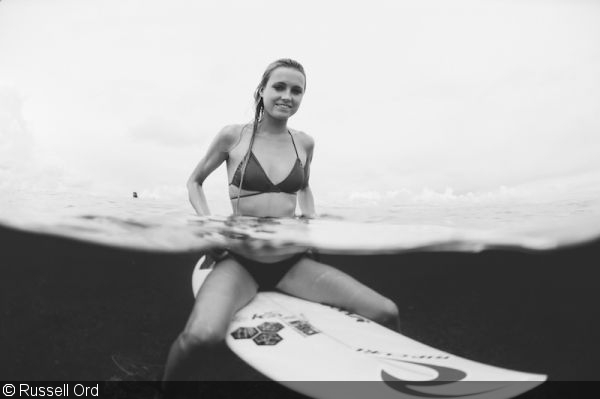 RO: That’s certainly a tough question. I have worked with so many amazing athletes, which all bring an abundance of skills to the table. I really just love working with guys that actually don’t need a photographer capturing every moment, surfers that turn around and say “put down the camera and get a few yourself.” It’s still very much surfing to them and not about sponsors or the media, like when a kid gets his very first wave, that complete buzz—for the love.

DPG: What training do you have to do to be a surf photographer?

RO: I should be doing more yoga, I know that. I am very lucky to have been trained by Joe Knight from One Ocean International. I keep in contact with him and brush up on the skills now and then, when our paths cross. This is by far the most important thing to me. It helps me relax in those moments where most people panic. I really want to pursue this [watermanship] further at the moment—even more so than the photography. 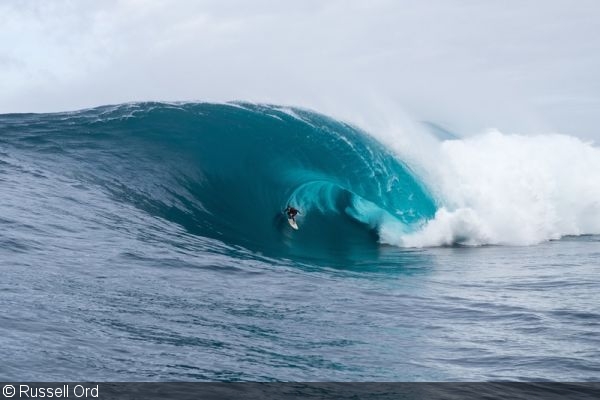 Chris Ross poised on the wave he won for biggest slab of the year for 2015. Known as “Crossy” to his mates, he is one the world’s best slab surfers

RO: I had a tiger shark charge me up north of Western Australia—all I could see was this thing coming towards me with a bow wave rolling off the front of it. I just turned my back on it—just like a kid that puts the covers over their head in fear of the monster in the bedroom cupboard—and it turned apparently on a dime only a few feet away. Apparently, it had second thoughts, which was nice.

DPG: What equipment do you use? Ever lost a camera?

RO: At the moment I’m using a Nikon D4 with Aquatech housing. I lost the whole rig in Nias [off Sumatra, Indonesia] once, but I just floated with the current and eventually got it back half an hour or so later. 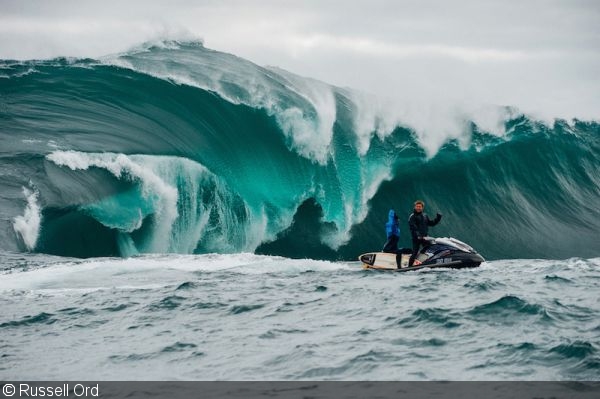 RO: I am moving the whole family onto a boat and cruising through the Pacific. New waves, home schooling, watermanship courses—going off the grid for a few years, with any luck!

Check out more of Russell’s amazing work in our Photographer of the Week article, or on his website, www.russellordphoto.com.