The Last Swimming Elephant Of India
May 14, 2010 @ 05:18 PM (EST)
By Daniel Botelho
When planning my trip to the Andaman Islands I was amazed to find out that only one of the swimming elephants of India still remains. Elephants were used as work animals in India to help them build their civilization.  They needed to be transferred between the islands, and therefore they were taught to swim.

About 15 years ago big ships and transporting cars and trucks arrived to the islands and become much more efficient transportation vehicles.  As a result almost all the elephants were sold to continental India and international zoos.

Only Rajan, the last of the swimming elephants of India, remained. 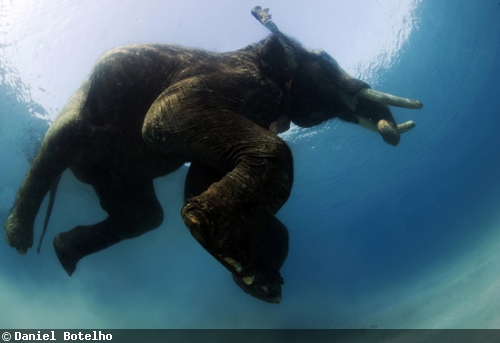 At first I thought this would be an easy assignment, but once I was in the field things became a little difficult. Because of its age the elephant now only swims for about 5 minutes a day, and not every day, and only at 5:30 in the morning in order to miss the high swells. Luckily, during my stay, Rajan decided to swim three of the seven-day expedition.

My camera choice for photographing the  swimming elephant was a Nikon D3 with a Nikkor 16mm and a D3X with the Nikkor 14-24mm, both inside ND3 Subal housings. These cameras were ideal for the low light situations of sunrise and sunset. 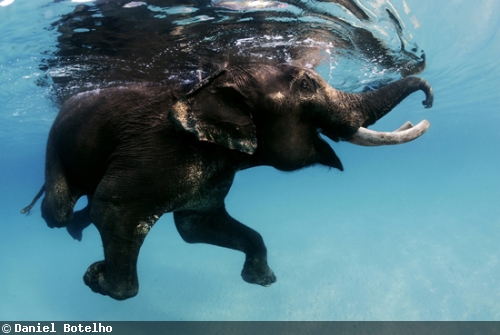 Beach Number 7, where Rajan swims, is as amazing as Time magazine promised when it ranked it as the most beautiful beach of Asia.  To reach it, we had to travel several hours by plane followed by a 3 hours ride in an Indian navy ship, a ferry provided by the government.

In order to give my o-rings a really hard time, I decided to shoot the perfect swells in the sunset and then realized how fun it would be to see if Rajan would be keen on a late day bath. For five minutes, the very gentle and cooperative elephant got in the water with me during sunset and I took some shots using my strobes as fill light both above and below water. 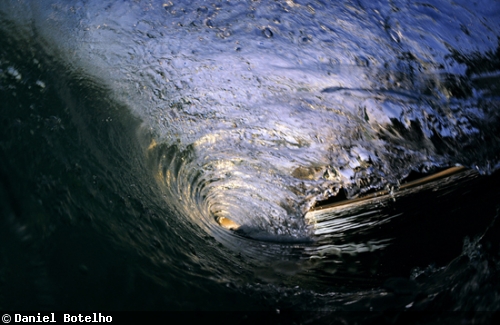 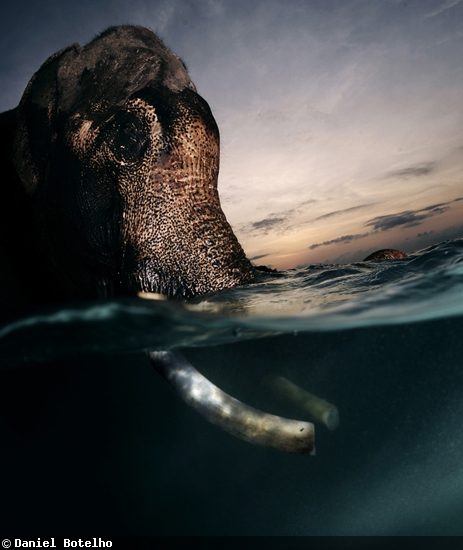 We have an "almost” discovered world , so it is up to photographers to improve  creativity, trying to always make something different . Now-a-days my biggest challenge is to keep a personal identity on my work, but still have an open mind. With that in mind, I took these photographs. 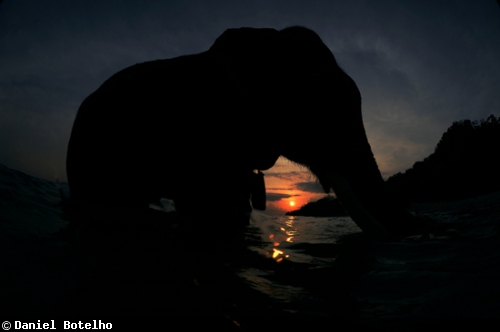 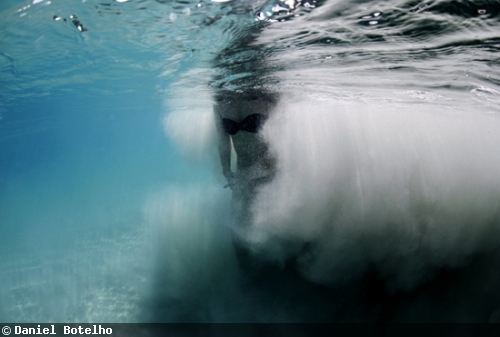 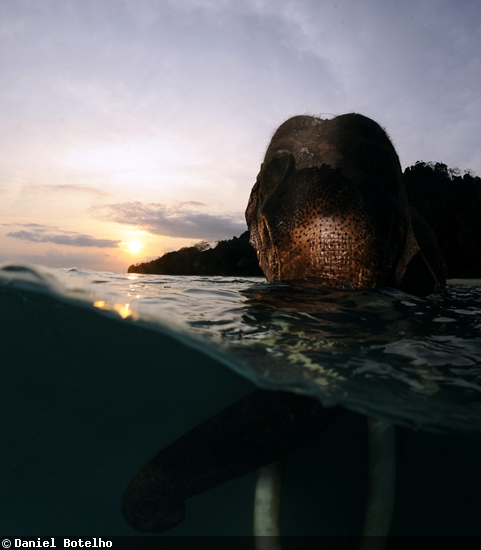 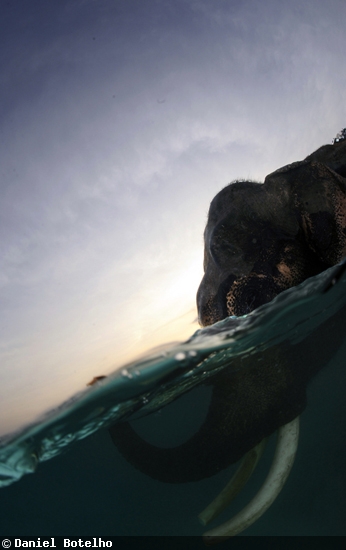 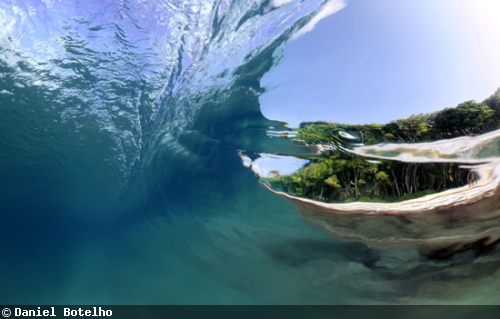 About The Author
Daniel Botelho is a worldwide published photographer. More than a  hundred of his images can be seen in international advertising projects. He works for companies like the BBC, National Geographic,Time Magazine and Editora Abril. He is now chief photographer of  Brazilian Sea Shepherd and staff photographer from Shark Alliance and  SharkLab research institute.