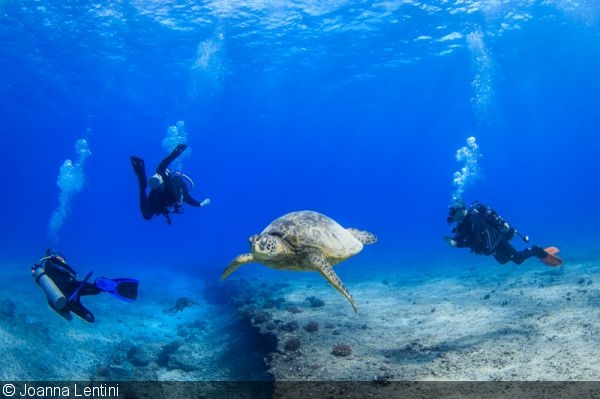 Need a safe place to hide in Hawaii? Join its marine animals underwater

I awoke on the morning of January 13, 2018, in Oahu, Hawaii with a great deal of excitement. I sipped my coffee with deep anticipation of what the day would bring. On this day, I would introduce my father to my world of scuba diving.

The only memories I have of my father and the ocean are at the Jersey shore as a child. As he would wade waist deep in the dark, navy blue water, waves would lightly scoop him up and then out of sight for a moment. He would shout towards shore, urging me to go out further, but I wasn’t always as intrepid as I am now. Sometimes I would swim out and clutch onto his back for dear life. Other times, my imagination would get the better of me and strand me at the shore break, disappointed with myself, and jealous of the fun he seemed to be having. 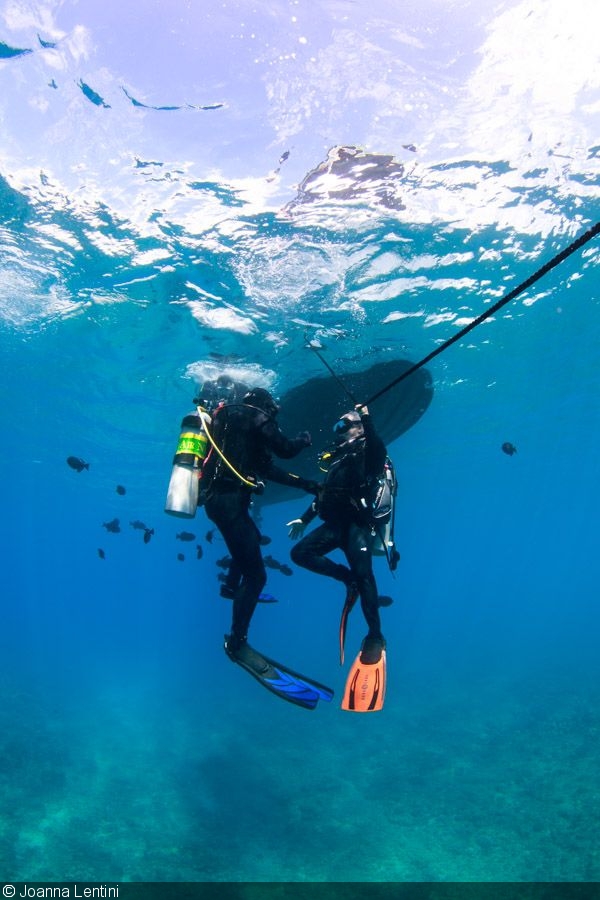 Now, all of these years later, the water has become my life—a source of so much happiness and excitement. It has taught me so many things about myself and I’ve longed to share this special place with my parents and my four brothers for some time. Now, finally, as we fumbled around the beachfront condo, making sure we had everything we needed, I was ecstatic to have that chance.

We set out in the rental car to make the long journey across Oahu to meet the dive operation at Maunalua Bay Beach Park. If my Dad was nervous, I really couldn’t tell. Heading east along the H1 highway, as we approached the exits for Pearl Harbor/Honolulu while following GPS via iPhone, suddenly an Emergency Alert appeared:

Our predicament could not have been more precarious out on the open highway as we neared one of the most strategic military bases in the U.S.—with an already tragic history. While my father remained oddly cool, calm and collected, with an almost misplaced dose of skepticism, my husband and I frantically debated the immediate course of action. While I wanted to head toward the west coast away from the assumed prime target zone, my husband insisted on staying the course with plans to make an ultimate escape to sea if need be via the dive boat. 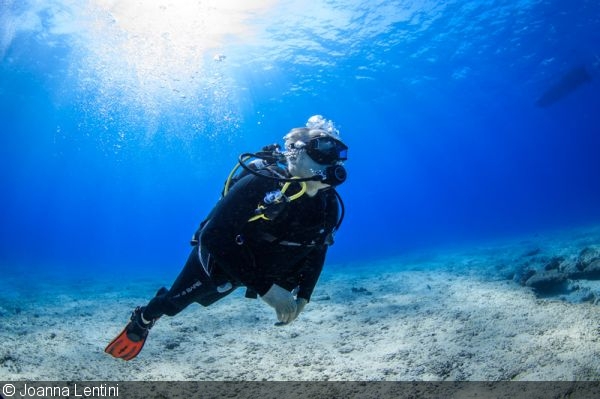 If my dad was nervous about his first dive, I couldn’t tell

As traffic slowed due to the spreading news, we temporarily stopped beneath an overpass for some semblance of “shelter” while we deliberated and made calls back home to family to let them know we loved them. Yes, it really was that intense!

As we resumed driving onward to our port following my husband’s preferred option, suddenly the highway ahead filled with white smoke. While there had clearly been no impact or explosion of any kind, the traffic clearly didn’t know what to make of it under the extraordinary circumstances. We came to a halt as we shut our air-con vents. As friends called from the other side of the island to see if we had heard the same news, we were stunned to find out the alert had also been broadcast via radio. This was getting very real! 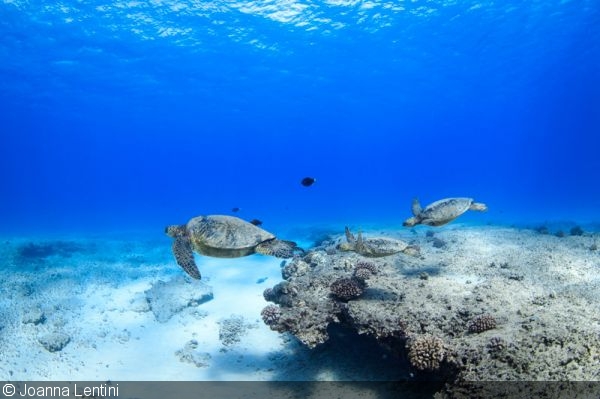 At “The Crater” dive site in Oahu, turtles, big and small, are everywhere

Slowly, unofficial signs of comfort were messaged to us from family back home as a local senator tweeted the news of a “false alarm”—25 long minutes after the initial shock. An official retraction was sent via the mobile alert system, 38 minutes after the alert, and the highway signs also started to relay the news. We took a deep breath as we made our way to the departure point.

Only later did we find out that a missile launched from North Korea would take only 30 minutes to reach Hawaii, and locals would have only 12 minutes to find shelter once the protocols had been completed to send the official alert. Despite our anxious panic, it turns out we’d actually had a relatively false sense of time to make a run for it. If this had been real, our chances were fairly nil. 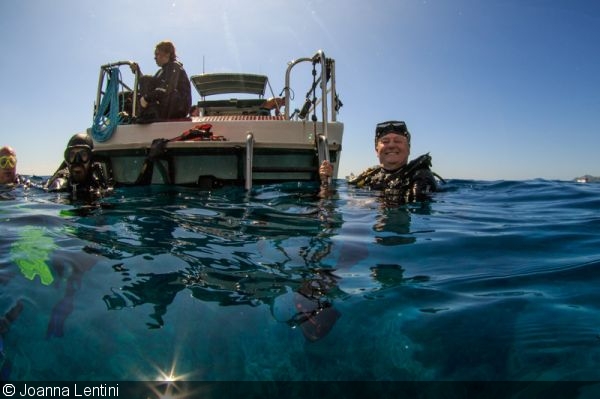 Completing his first fun dive, my father said he would definitely give it another go

So, what better way to follow up a chaotic morning like this than to descend beneath the waves to the silent world. At the end of the day, my father had an entirely seamless first “fun dive” enjoying countless turtles at a local cleaning station crater. I was thrilled that he was able to enjoy the experience under the circumstances, and even more excited to hear he was keen to try it again. Needless to say, I hope his pre-dive journey is slightly less eventful next time! 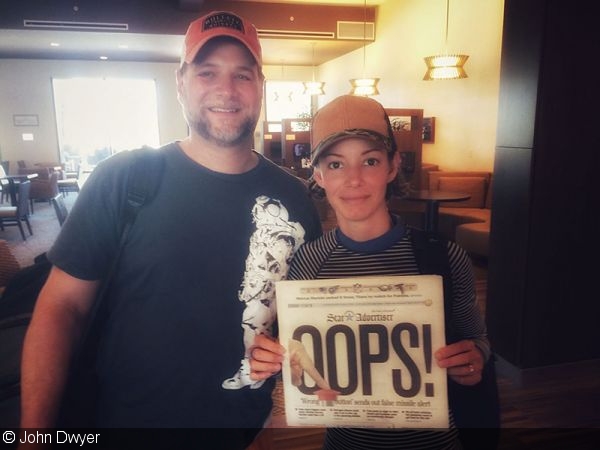